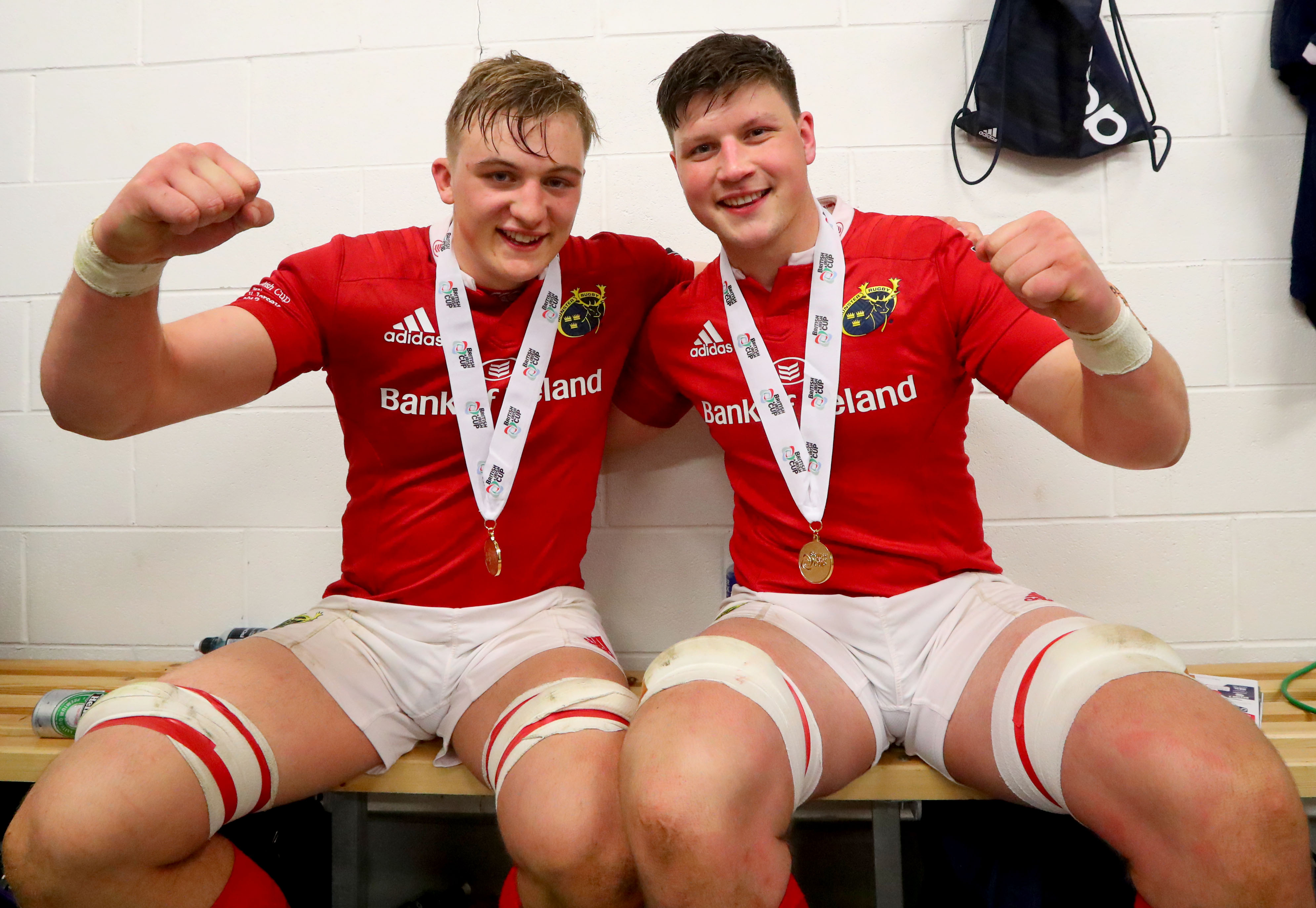 You’ll have to picture the scene. It’s a sunny Friday evening in Musgrave Park, Cork and Munster A are playing the Jersey Reds in a B&I Cup Final. The crowd is hopping, there’s a loud Jersey contingent pumping the atmosphere and there’s a trophy on the line – so far, so good. The “so good” part of that equation lasts for around 5 minutes when Jersey power over for a try. After 20 minutes, there are few Munster fans in the crowd that can remember what “so good” feels like because Munster A are being bombed out of it by an incredibly physical Jersey Reds outfit. The Jersey fans in the crowd are crowing long and loud as the scoreboard reads 18-0 with 22 minutes on the clock. It’s a disaster.

Up steps Gavin Coombes. It’s easy to say that Coombes provided the vital momentum to turn this game around for Munster – I mean, he’s in the title of the article – but his defensive power, his lineout work and his heavy hitting ball carrying were vitally important to Munster fightback in this game.

Anyone who didn’t come away from that B&I Cup final with a deep sense of excitement about Gavin Coombes potential just wasn’t paying attention.

The exciting thing about Coombes is his raw physicality. At just 19 years old (he’s 20 in December 2017), Gavin Coombes has extraordinary power for his age. Have a look at this break against Jersey in the B&I Cup final.

He was incredibly unlucky not to blast over the line on this break. Munster would score from the next phase, so it didn’t really matter but the assist was all Coombes. Look at who he’s running through here – a #8 and a loosehead prop – and he’s only stopped by some last ditch tackling by their tighthead prop and scrumhalf scrambling back, with the floored loosehead scragging his feet. Say what you like about the English Championship, but they don’t do soft forward packs and they never will. For Coombes to perform so well in the carrying stakes against them is a credit to his conditioning and power.

But he’s not just a powerful carrier – he’s got nice footwork before contact too. Look at this example up the guts against Samoa in Georgia earlier this summer.

Powerful stuff, taking the ball on the move but look at the subtle stutter step before contact – it stands up the tacklers for a split second and allows him to power through them, over the gain line. His vital try against Jersey in the B&I Cup final had the same hallmarks.

Look at his foot speed and direction change when he receives the ball – it gives him the angle he needs to break the tackle and power over.

Earlier in the half, he was a matter of inches away from putting Oliver over for a try.

All his carrying traits are visible here – the pace onto the ball, the footwork, the leg drive – and the outside offload (as opposed to the easier, cross body offload) is a matter of inches away from Oliver’s hands.

Here he is showing off a cross body offload in contact against Samoa.

Coombes isn’t a carrier that dies with ball in contact, and his pace, power, footwork and handling are hugely impressive for a guy his age. His dynamism is such that he’s played at 8, blindside and lock in his young career so far and he’s got the tools to be outstanding wherever he settles.

And it’s his positioning that intrigues me the most. Where do you play this guy to get the most out of him? For me, he’s got almost everything you’d want from an athletic loosehead lock forward. At 1.98m, Coombes is the same height as Ultan Dillane, and he has the frame to comfortably add to the 110kg he was at the start of last season.

He’s got the power in the carry, as I’ve shown, but he’s a real heavy hitter in defence too.

Look at the Jersey openside jumping back when Coombes puts the hit in – that’s what you want to see from a young lad out to make an impression.

If we flick back to the Samoa game, we can see his power in the choke tackle – look at his strong body position, arm strength and attitude in particular. That ball is going nowhere.

In the lineout, he’s an athletic jumper all through the line. This jump at the tail against Jersey was particularly impressive;

Why? Because he’s jumping with one lifter. Now Brian Scott (the lifter) is an absolute animal but Coombes jump is outstanding, especially with the throw coming in a little too high and hot. He takes the ball at the apex of his one lift jump and gets it back on the Munster side – and he’d score a few phases afterwards. That’s impressive for the reasons I’ve gone over, but also the timing and footwork prior to jumping – this is a well trained, quick learning forward.

When it comes to the ruck, he shows all the traits you want to see – technical ability, pace into the breakdown, timing and power.

Now he could just as easily end up as a blindside but I think his frame, power, height profile and mental toughness make him a perfect candidate for that #4 shirt long term.

Either way, if he stays fit, I see no reason why Coombes won’t progress into the Munster senior team and beyond as he matures physically. At just 19 years of age, he’s got a world of potential.