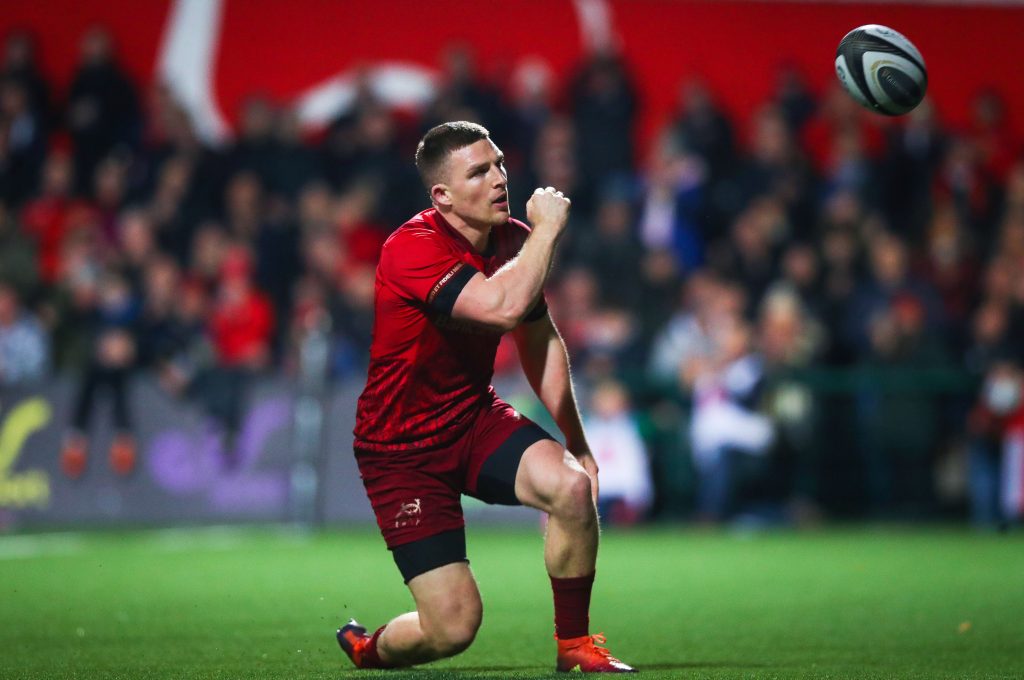 The Southern Kings were beaten out the gate, down the road, back into their hotel, beaten to sleep before being beaten up the motorway to Dublin on Sunday morning.

To say that this game ended in a comprehensive defeat for the South African franchise would be an understatement. Munster weren’t very good here for large stretches – lineout was a bit off, handling was uglier than a turd shaped birthday cake – but still had enough in the tank to stick seven tries on the Kings while nilling them.

To some, this is evidence of the Southern Kings “dragging down the league” but I have to disagree. Every sports league has strata, and the Kings find themselves in the lowest one right now. Without a stratum of teams of varying quality, every game becomes the same and it becomes harder to distinguish what the “big” games actually are. Essentially, if every game is big, then none of them are big. The Kings – along with Zebre and the Dragons – are filling that role. Treviso used to be down there in that company but look at them now.

That isn’t to say that the Kings couldn’t improve – the certainly could, and I think they can be properly judged at the end of next season – but their relative lowly stature did nothing to dissuade another sellout Cork crowd from popping along to Musgrave Park despite the weather.

There was a good buzz around Musgrave Park – as per usual this season – but the action in the first half was far from vintage entertainment. A lot of that was down to some rusty work from Munster after a three-week layoff and some late arrivals from Carton House at the start of the week, but the Kings work can’t be discounted either.

They were really physical in the opening 40 minutes and made Munster’s life in contact quite difficult. The Kings centre-field defence chopped away at Munster’s ball carriers and forced a variety of turnovers and breakdown steals while stopping Munster’s momentum in the maul.

That work seemed to be massively cardio intensive though. They couldn’t keep up that defensive intensity and their maul defence – stout as it was – seemed to sap an awful lot of their legs. It would tell later in the game, but the 12-0 score at half time was a fair reflection of the contest to that point. The Kings were just about staying the game while Munster laboured to a 12 point lead that could have been twice that with a bit more accuracy.

“Accuracy” is one of those annoying rugby buzzwords that can mean anything from a fella having hands like cow’s tits to something like the incremental delay that can be shipped on from poor quality ruck ball on any given sequence of phases. Munster had a bit of both in this game – the first half in particular – and a bit more of that besides.

Some of it was just bad handling and slightly sub-par passing from halfback.

I thought that some of Cronin’s passing from halfback was a little below the tempo it needed to be given the general quality of the ball at his disposal and that helped the Kings set defensive targets but that was just one small part of the initial disjointed nature of our attacking performance.

There was some good stuff in the first 50 minutes. Our execution in the 22 for the second try was actually really slick and showed a good bit of development since the start of the season. Instead of battering through multiple close-range phases, Kleyn popped the ball back to Bleyendaal sliding out the back.

Bleyendaal’s miss pass found Conway at an angle and with space to work. Nice try. That followed up a nicely taken score from Neil Cronin that converted a 5m lineout drive. That was about it for the first half as far as quality attack went.

On the plus side, the Kings’ consistent indiscipline was an easy territory vending machine for Munster all through this game, as was Munster’s dominance in the scrum. The Kings were coughing up penalties on every other phase and it gave Munster consistent field position and opportunity. The scrum, too, was a huge plus and it dominated the Kings from first minute to last.

Munster weren’t really struggling in that you could see that they had a solid grip of the Kings’ attacking game, but there was a real danger that the game could slip into an unsatisfying, four-point win when a bonus point was there for the want of some accuracy.

The second half was much better. Five Munster tries will do that and it was certainly a satisfying payoff on the first half’s problems. Munster attacked with much more vigour, intelligent kicking and tempo.

Passes stuck as the conditions improved and Munster began to show the gulf in class between the sides with Rory Scannell and Andrew Conway kicking well throughout.

Once Munster had the bonus point secured through a close-range Billy Holland score, it was all about managing the end game to as high a standard as possible. Munster’s bench added real impetus and helped blow the Kings away as they tired. The maul defence from earlier in the game fell away, as did the impact in their defence. Munster rammed home the advantage with the kind of clinical performance you’d expect given the gap between the two sides.

I’ll be looking at Munster’s attacking structure and halfback performance this week on TRK Premium, as we build towards the Ospreys next week in Swansea.

Look, this performance was far from perfect overall – better handling in the first half might have seen Munster put 60+ points on the board – but Munster will take a lot of plusses from this game. No points conceded, no penalties were given away (a remarkable achievement in its own right) and a healthy bonus point win was wrapped up in front of another sold out Cork crowd inside 60 minutes without much of a fuss.

Not a bad night’s work by any stretch of the imagination.

I thought Jean Kleyn had a fine performance. He’s an absolute monster in almost everything he does. He really puts himself about into every collision and physical exchange, and he’s not afraid to get stuck in when collars start getting grabbed either. His ball carrying, scrummaging and defensive work is, like the man himself, imposing.

Fineen Wycherley, too, had a fine game. He carried the ball in the wider areas and handled the ball quite well at times. You can see him growing into the physical side of the game with every minute he gets at this level and he’s really starting to look the part in the #6 jersey. His lineout jumping and lineout defence is a key part of his game, and his rucking is just the right kind of nasty. He’s a real talent.

I thought John Ryan had a quiet enough game with the ball in hand, but defended really well and absolutely ate his man without salt at the scrum.

Rory Scannell had one of those games that make you think he could do a real job in a green shirt if given the opportunity. He kicked really well from the second layer of attack, he carried hard and he shut the door hard in defence when called upon. Efficient and quality.

Andrew Conway, too, looked every inch the international sending a message to Joe Schmidt about Rome this coming weekend. “PICK ME”. He made a strong argument for it here. His chasing was excellent, he handled the ball well, worked hard to involve himself off the wing, finished off his try opportunity with ease and kicked really cleverly for 80 minutes.

Mike Haley had a great game. Positionally, he’s really strong and always finds himself in the right spot on opposition linebreaks and kick-throughs. His physicality in the tackle is something else and he shuts doors on guys twice his size with good technique and impact. His counter-attacking was good too – he’s excellent at running back on transition and his footwork creates real opportunity for himself and others. Sometimes I think he’s a little too selfless on the lines he runs when in possession – going inside rather than testing the outside shoulder – and that goes against him when people assess his work at fullback. It shouldn’t. He’s a rock solid option for us and a guaranteed starter at fullback for me.

His passing was sharp. His decision making and structuring was outstanding. Even the little things he did to speed up our tempo, like checking the pass target before he arrived at the ruck, were the difference between Munster burning the Kings out inside 60 minutes and labouring to an ugly win.

He plays with a very low error rate and with excellent tempo and the change in Munster’s play when he came on the field was marked – almost like two different teams. We kicked better, the errors evaporated because we were playing at exactly the tempo and speed that we needed and we always seemed to take the right decision at the right time from ruck to ruck. He’s exactly what you’d expect from a highly experienced former All Black. Game-changing. ★★★★★