Player ratings are a tricky thing to get right. Rating guys on a scale of 1-10 always seemed overly specific to me; after all, what’s the big difference between awarding someone a 5 or a 6? Or a 3 and a 4? I mean, what’s the difference, in practical terms, between a 9 rating and a 10?

My theory is that most performances in a professional rugby match fall on a bell curve in that most of them are pretty average with only a few outliers reaching what we would call “good” or even “very good” so my standard rating for most players is ★★★. This changes up and down based on the context of their position and role. Are they a ball-dominant carrying midfielder? If so, I will rate them on their work in this role rather than, say, demanding they become a ball-handling second-five who can all of a sudden kick for the corners and rating them down as a result.

So that’s why TRK uses the Five Star System to rate individual performances. 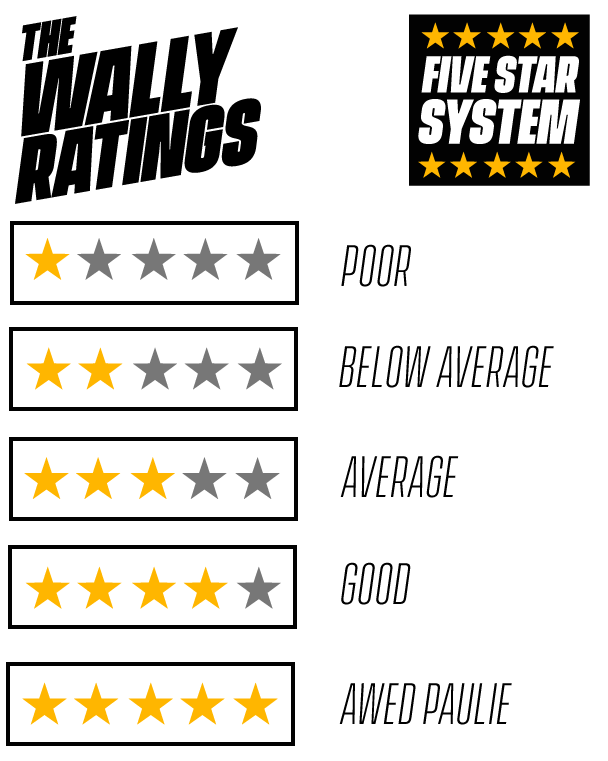 The “Awed Paulie” is an old rating I gave for an excellent performance. These are relatively rare.

Players are rated based on their time on the pitch (no rating if on less than 15 minutes bar extraordinary circumstances) if they were playing notably out of position, their relative experience at the level of the game and on the overall curve of the team performance.

Games are rated on a curve relative to the importance of the game, the stakes involved and the conditions that the game is played in.

As a standard disclaimer, David Wallace is not, and has never been, involved in the creation of these rankings in any way, shape or form.