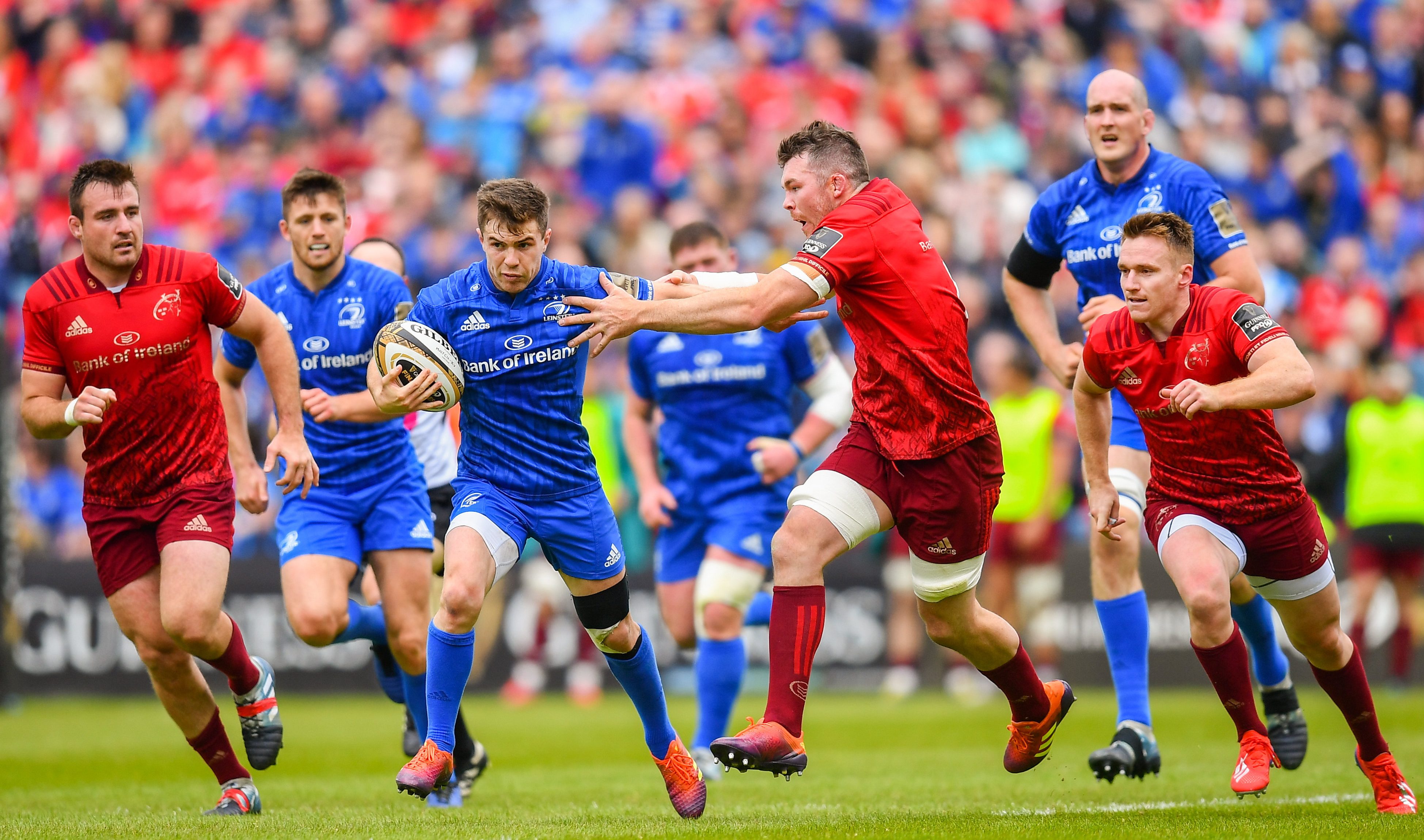 I won’t qualify that with “on the day” because that feels like a bit of a let off. To be honest, I think you could replay this game ten times and Munster might win it twice, maybe three times. But most times, I think Leinster win this game by a varying margin depending on a few factors – weather, ref, a player injury. I don’t think that’s controversial.

Munster aren’t good enough to beat the likes of this Leinster side regularly when it matters. I’ll contextualise that with a “right now” because it might not always be the case – and preseason will tell a lot for next season – but we’re currently a level below where we need to be to beat Leinster in the RDS in a play-off. It’s as simple as that. You can’t level an accusation that the players aren’t giving 100% – they absolutely are – but this is the level where hard work alone isn’t enough to get the job done. I don’t think Munster even played badly here but it wasn’t enough.

Those four words – Munster aren’t good enough – read really bluntly but you should read them in this context.

I think we have the players to win a PRO14 championship at the very least.

But when you ask yourself if our work in the forwards is as good as it could be against top level teams, or if our attacking structure makes the very best of the possession we earn against those same top level teams, I think you’d have to say no at this point. I’ve said repeatedly in these pages that Munster are a few percentage points off where they need to be at this rarified level. It was true after the Saracens game and it’s true here. I think that Munster would beat all but two or three teams in Europe with how they played today but that wasn’t enough to score a try or even really look like scoring one here.

When Leinster had an opportunity on a yellow card, they took it and that was the difference between the two sides when it came down to it. Lowe’s try in the last few minutes was the icing on the cake but in reality, when Leinster were ten points ahead with twenty minutes on the clock, Munster looked a fair bit off making their own way back into the game. There was a charge down on Ringrose that looked, for a split second, like it might hop into Rory Scannell’s hands and get Munster back into it but it would have been fortunate. That Munster needed that bit of fortune to even have a sniff of getting back into the game was telling enough in its own way.

Close But No Cigar

Munster had the majority of possession but only one clean break compared to Leinster’s ten is a key statistic that won’t go unnoticed in the coming pre-season. There was one incident in particular that stuck in my mind in the second half that illustrates a lot of Munster’s issues in these games.

After some good work to bring play into the 22, Murray hit Archer coming around the corner on a crash ball line. All well and good but he went into contact with no support on their feet, got turned over and Leinster were left off the hook.

For me, Scannell has to make his way around this ruck to clean out Archer instead of standing behind Beirne on an already won ruck. But it’s 66 minutes into a high tempo, hugely physical contest so it’s hard to throw too much blame on a front row forward. Wycherley has to make a lot of ground to support and that creates enough separation for Fardy to attack the breakdown and turn us over.

It was a small moment but illustrative of how Munster’s work degrades once the phase count went above a certain number. The higher the phase count, the more things started to degrade.

It’s not just execution – although we’ll be concerned with the few knock-ons and the amount of time we got ripped in contact – it’s decisions. 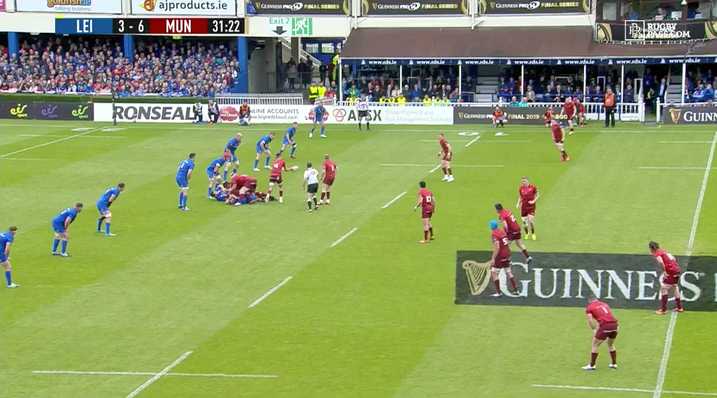 I can get Murray’s choice to go with the side Toner was defending at “B” on but hitting Carbery and the pod of Farrell/Scannell/Beirne was the high percentage option. We go for the high risk option and end up getting turned over on the next phase when Kleyn has to pinch in from the last ruck with Stander – the guy who carried into the previous ruck – coming in to clear him out.

Van Der Flier isn’t on his feet, but the picture he’s presenting to Adamson looks good and he gets the reward. My point is, we shouldn’t have been here – we should have been working the structure we had built on the openside. We looked like we were a man down, not Leinster, and that comes down to decisions.

And here – Carbery’s options evaporate once he takes possession and our forward support can’t make the ground from the last ruck to the next ruck in time.

And Leinster would go up the field to earn another three points a few minutes later.

To compound it, our kicking/kick-chase wasn’t what it needed to be either.

This is just one example but it’s an example of how we gave up possession cheaply in a way that hurt us. Murray’s shot on Byrne was ambitious, but it created the space for Ringrose to cut through in transition thereafter.

Again, though, you get away with those against an average team, even very good teams but not a side like Leinster. I’ll repeat that Munster didn’t play badly here – they actually didn’t – but that isn’t good enough to get the job done.

Things might have been different if this goes to hand from Stander to Carbery but Lowe knew what had to be done. He rolled the dice and made a big play. Three points instead of seven.

The percentages are small but at this level, those small few percentage points might as well be a million. This level is ruthless and unforgiving, and it’s where Munster will need to go.

This coming pre-season is as important as any in the last few years. I think Johann Van Graan is the guy that Munster need but he needs support around him. The recipe for breaking through the glass ceiling isn’t a simple one but a change in the backroom team looks necessary as well as inevitable due to the departure of Jones and Flannery.

Whoever comes in needs to be experienced, quality and a winner.

Those are the only criteria that are important. If the people who meet those criteria are Munster experienced, so much the better, but it cannot be a pre-requisite.

But one thing is for certain – bad times don’t last, but Bad Guys do.

The Wally Ratings: Leinster (A)