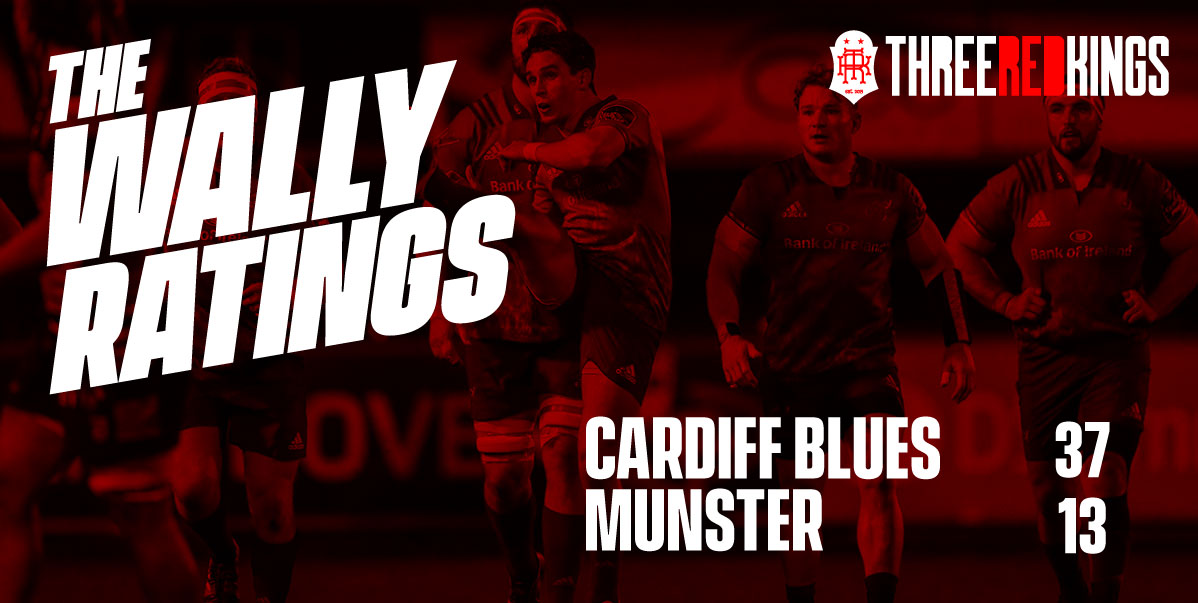 “The definition of insanity is doing the same thing over and over and expecting different results.” – Albert Einstein.

In the aftermath of Friday’s disappointing, frustrating defeat in the Arms Park to an energized Cardiff Blues side, I received this very same quote from three separate people to explain the loss. First of all, Albert Einstein didn’t say that. Neither did Mark Twain or Abraham Lincoln. Or Paul O’Connell, for that matter. Secondly, it doesn’t make sense. If it was true, none us would learn anything beyond the age of two years of age beyond shitting ourselves and chewing on keys.

Ultimately, it’s a classic confusion between perseveration and perseverance.

Perseveration is the uncontrolled repetition of a word, phrase or gesture despite the absence or cessation of a stimulus. Perseverance is hammering on a door that doesn’t appear to budge until it eventually does.

Neither perseveration or perseverance applies to this result and performance, which harked back to the disappointing dips of last season in the worst possible way. Calling this 5-0 loss a “dip” seems a little like calling a three-headed clown appearing outside your bedroom window at three in the morning with a butcher knife “a little disconcerting”. It would be an understatement to the point of comedy.

Let’s be straight here – this was Not Good™. Not good at all. Let’s take it that Cardiff are a serious side, especially when they had an oh so very shocking late change to their teamsheet that saw Gareth Anscombe move to 10 and Owen Lane come in for Blaine Scully. Bar wheeling out Sam Warburton with a brand new neck and knees, there isn’t much else that Cardiff could have done to improve their side. Let’s also not forget that Cardiff are Challenge Cup champions for a reason and playing them at home in the aftermath of three narrow defeats and desperate loss to Zebre last week was always going to be a tricky assignment, even with the pack we’d named here.

The halftime score of 14-13 certainly reflected that expected trickiness.

Munster were undone twice by similar Cardiff strike moves off the lineout – more or less the exact thing I spoke about pre-game in the Red Eye, incidentally – and neither will be pleasant viewing for the tail defence.

Chris Cloete was the bridge between Sherry and Carbery on both occasions. On the first, he drifts out on Williams, leaving Sherry to cover Lee-Lo on his inside shoulder.

Cardiff would score in the aftermath of this bust to take a 7-0 lead.

Munster would take the lead with two quick-fire tries – more on those later – but Cardiff would take a lead they would not relinquish with a similarly taken try later in the half.

The design was almost identical – throw down from the top, wide pass to Lee-Lo in the 10 channel with Navidi (instead of Williams) as the outside runner.

This time, Cloete stuck closer to Sherry than Carbery and Lee-Lo didn’t need another invite to step outside for another linebreak leading to a try.

Too easy for Cardiff. But manageable for Munster at halftime. 14-13 is a thing of nothing in this game, and I had every reason to hope for Munster to build on the tries scored earlier.

Carbery, as with most of Munster’s work here, was at the heart of all the good stuff.

When Cloete turned over the ball in the trams – after a Carbery tackle – it was Duncan Williams and then Joey Carbery (who else?) who put Andrew Conway away down the flanks for Munster’s first score of the evening.

This was classic breakdown transition, and it was of the few things that went exactly as planned in this contest. Conway’s finish was composed and technically superb – especially his kick ahead to avoid getting scragged by Lane – and exactly what you’d expect from a guy with his quality.

Carbery was prominent again – there’s that understatement once more – for the second try. First, there was his kick return from Munster’s 22m line all the way to Cardiff’s before kicking through for Sweetnam.

From there, Munster would retain possession and then hit Carbery in a bit of space to put Conway away for his second try.

That would be as incisive as we’d get in this game.

Outside the first 20 minutes, we were inaccurate, error-strewn and suffered from an unstable scrum platform and an inability to take advantage of the lineout penalty position we earned.

At this point in the game, we were leading on the penalty count but completely unable to make that advantage stick in a way that might benefit the scoreboard. Even with that, at halftime, as I said, it was manageable. But manage it, we certainly did not.

The second half started badly and got worse from there. After a decent set of carries from off a scrum, Mike Sherry tried to inject a bit of pace.

While you can’t fault the endeavour but in his rush to carry the ball into Williams, he left himself isolated from his fellow forwards who were on the floor from the previous ruck. Throw in a poor enough fight on the floor and you have got a recipe for a turnover penalty. From the resulting penalty, Cardiff would score their third try.

In the build-up to the score, on the preceding ruck, Munster managed to slow down Cardiff’s possession to 4/5 seconds from carry to scrumhalf action. Two midrange passes later and Cardiff were drifting past Taute on the outside edge.

This wasn’t a system failure – everyone was where they were supposed to be – but Taute just couldn’t get across to the space and Lee-Lo was gone for a killer score. I’m loath to be too hard on Taute here as he’s just back from a long knee layoff that would hinder his ability to get across to the space in this instance. That will come with match sharpness.

There were opportunities for Munster to strike back and put pressure on Cardiff’s lead – something that we know they’re prone to given the last few weeks – but we couldn’t find the tools to crack them.

Williams’ pass was just behind Taute here, which stopped his run and allowed Navidi to nail him backwards. He got the ball away but we were struggling thereafter.

From there, we were numbers down in attack. Did Jenkins have hands in the ruck after Scannell locked it up? Yes. Did Williams have his hands on the floor rather than the ball? Yes.

But we were putting ourselves on the backfoot with our patterns. We made our way into the 22 a few times in this second half but Williams never looked for Carbery or Scannell to try and unlock something further out.

We ran into their heavy forwards, exposed ourselves to their jackals and they got the reward from Immelman.

Game over. Well, not really. It was game over once Anscombe stretched Cardiff out to a 30-13 lead. When Cardiff added the bonus point on 76 minutes, it was really only confirming what we already knew – that they were handy winners.

So What Does This Mean?

Not much, in the grand scheme of things. I mean, I suppose it can mean the end of the world if you want it to but, for me, this was a defeat mired by individual errors in attack and defence, with a malfunctioning lineout, a lottery scrummage and all against a motivated Cardiff side with a rocket up their arse from the week before.

There’ll be a reaction from Munster at home to Ulster next week, you’d hope, but what about Leinster and Exeter the week after? That’s where the question lies for me. Our away form is now a real concern and while we’ll be boosted by the return of Scannell and Marshall to hooker – I think you saw how important that position is in this game both in the lineout, scrum and at the tail of the lineout on defence – Sam Arnold to outside centre and Earls to the wing, I can’t help but feel a little concerned in our ability to play a game that doesn’t involve conceding a lot of points away from home.

If we turn up like this to Sandy Park and the Aviva, we’ll leave with our ass in a sling and while you won’t win anything in October you can a long way to losing it. Time, as ever, is ticking on towards the real wars and this defeat gave others a template to attack us from.

A response is needed.

The Wally Ratings: Cardiff (a)

I thought Carbery and Conway did well. Carbery had one or two iffy moments from the boot and in defence but his work on both tries was something else. Conway took his tries well and looked quality for much of this time on the pitch.

Not much else of note either way when it comes to positive performances.

I felt that Mike Sherry had quite a poor game in the loose in attack and defence, in open play and on defensive scrummaging. Not a good night by any means.

Jaco Taute had a pretty poor outing here too but we have to take his long knee layoff into account. Coming back from the layoff he had can mean a slow roll back to top form, and on a pitch as quick as this that can lead to looking slow yourself at times. He’ll come back but this wasn’t a vintage night by any means.