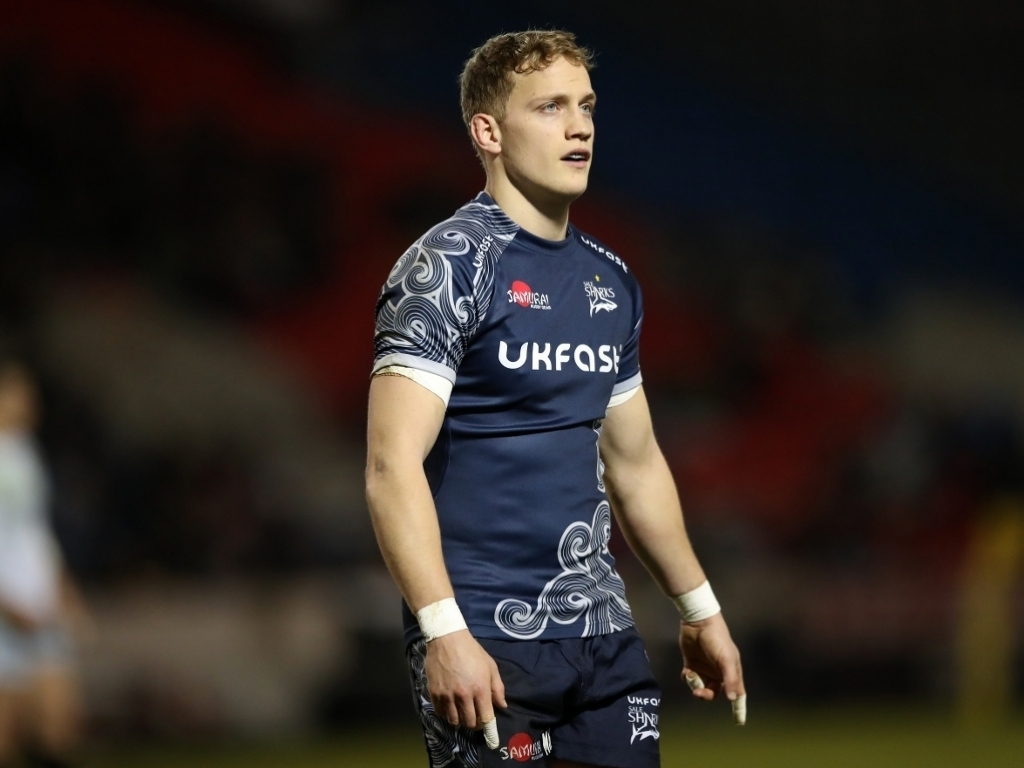 What’s The Story With :: Mike Haley

What can we expect from him? What kind of size is he? Basically – what’s the story with Mike Haley?

First, let’s look at his physical stats. Do take these stats with a pinch of salt as club websites and Wikipedia are a notorious house of lies when it comes to height/weight. Sale Sharks’ site lists Mike at 1.78m (5’10” in old money) while Wikipedia lists him at 1.88m (6’2″ in old money). He’s listed as 90kg everywhere, so we can take that as being somewhat accurate. Let’s split the difference on his height and just say that he togs out big enough for a fullback.

From what I’ve seen of Haley this season, I’d be comfortable saying that he is; pacey, strong in contact, a good passer off both sides, intelligent positionally and solid under the high ball. But these points don’t really answer the biggest question that I hear regarding the signing of Mike Haley. That question is “do you think Mike Haley can replace Simon Zebo?”.

The answer to that question is “no”.

That’s no slight on Mike Haley. In fact, it’s almost unfair to even ask that question because nobody can replace Simon Zebo. Simon Zebo has played 139 times for Munster (so far) and scored 59 tries (so far) breaking records by Doug Howlett and Anthony Horgan along the way and showing up massively in big games with big tries. And that’s before we get to the man’s electric character that has made him one of the most popular Munster players of the modern era.

Could we expect anyone to even begin to try and match all of that, bar signing an All Black winger for two years and a King’s ransom?

The question itself is flawed. Mike Haley doesn’t have to replace Simon Zebo. He has to make a new road for Mike Haley that will lead to the Munster starting XV and then, possibly, onto a green shirt. He certainly has the quality to achieve both and in short order.

Haley is a guy that’s been floating on the fringes of the England squad. He has two Saxon caps that don’t tie him to English Rugby, hence this move, but I’ve had a few people wonder about whether or not he has “international quality”. I think he absolutely has that quality but we’ll only know for sure in a Munster and Ireland context when he pulls on a red shirt on next season. Given what I’ve seen of his work at Sale to date, I’d be quite confident.

I had an opportunity to watch Haley in detail against Worcester over the weekend so I thought it might be good to have a look at some of the quality he brought to that game.

First, the basics. I want my fullback to secure under the high ball above most other qualities. In this regard, Haley is pretty good.

He’s robust under the high ball, decisive, gets good height and shows good awareness for support on landing. That isn’t to say that he can’t/won’t take contact after claiming the ball but he’s more than capable of getting the ball away under pressure if the support is there.

Look at his work under the high ball here and the resulting counter;

Once Haley gets the lane to run at post-catch, he’s got the pace and change of direction to scorch through the Worcester cover and manages to sell two defenders with a shoulder drop for the finish.

You can see that change of direction in this instance too;

He cuts against the direction of the ball, beats the first defender with his footwork before taking contact and recycling the ball. I’ve seen a lot of backs get choked up in positions just like this, so to see Haley power out of it and get the recycle shows some good hustle.

That ability to stutter step mixed with some a fair bit of zip out of the blocks stood out to me in this game. Look at this bit here;

When that hole gets made for him by the escort runner, he’s got the goods to go through the gap in short order and get a long presentation on the ground. That ability to work in heavy traffic is a constant feature of his game and makes every stabbed kick a viable option.

What else? Well, his work at first receiver was consistently good;

Direct, brave, and flat to the gainline with a nice pace on his pass off either side. His ability to hit the line like this in the middle channel can be especially dangerous with runners like Farrell/Earls and others running off him.

His ability to create tries and linebreaks for others was impressive too.

These little highlights should show you a fair bit of what Haley brings. He’s positionally quite solid, he’s good under the high ball and can counter-attack into space or hit it up. He can play flat to the gainline at first receiver, has a good boot on him and can pop offloads off both sides.

He runs reliable, pacey support lines and looks like the kind of player that could really thrive on either side of Chris Farrell in the bigger games. His attacking game reminds me an awful lot of Felix Jones in a lot of ways, and that can’t be a bad thing.

I’m looking forward to seeing how he goes here because, if he can stay fit, I think he’s got the ability to force himself into the Irish equation down the line.