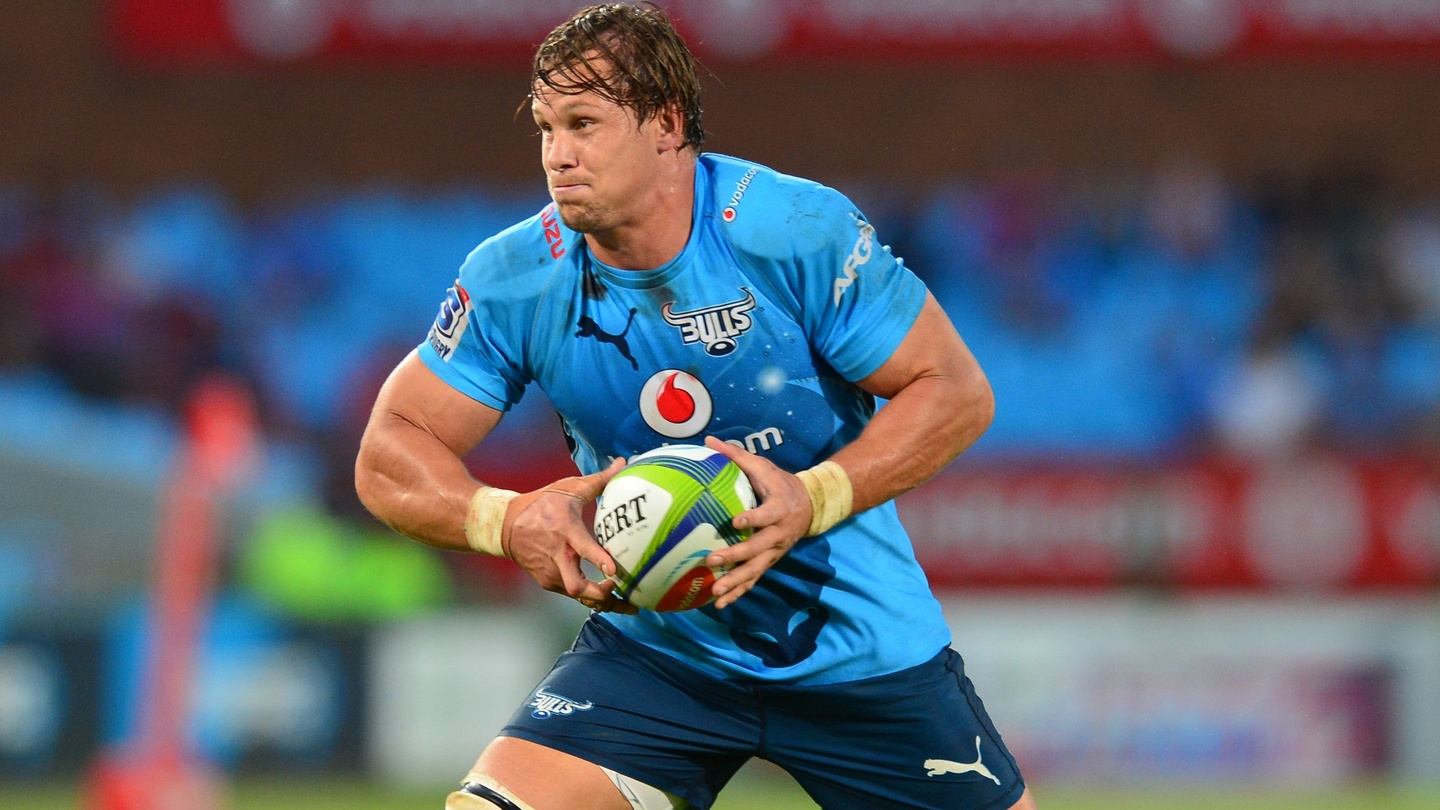 What’s The Story With :: Arno Botha

The prevailing reaction in the aftermath of Munster’s recent announcement was a mixture of “who?”, “oh the Ulster guy”, and a variety of frothing over Munster signing South Africans in lieu of playing game-ready young academy players.

“What must [insert young player here] be thinking?” opined numerous think pieces. I can’t know what the young lads are thinking – I mean, have you seen this Fortnite shit? – but I can hazard a guess as to why Munster would sign Botha with these very same young players in mind.

The signing of Arno Botha allows you young players to be slotted into the squad in a way that will allow them to develop naturally alongside an experienced, charismatic, abrasive back-row forward that can be a core part of your lineout as a lifter, mauler and jumper on both sides of the throw while also providing heavy carrying and heavy defence up the middle of the pitch. He’s a guy you can slot in at blindside or #8 and he immediately allows you to pick a non-jumping openside, a young back-row who you want to load towards ball carrying on second phase, or a second row you want to build into the game slowly without too much responsibility as a jumping outlet.

The only issue I can see for Botha as a negative is his injury record. His proposed move to Ulster last season was cancelled due to a knee injury and he missed a chunk of time for London Irish with a calf problem. Prior to that calf injury though, Botha managed to lead the Aviva Premiership in carries (78) and turnovers (7) – an impressive stat when you consider he played 7 times for them total and only made his debut in February. 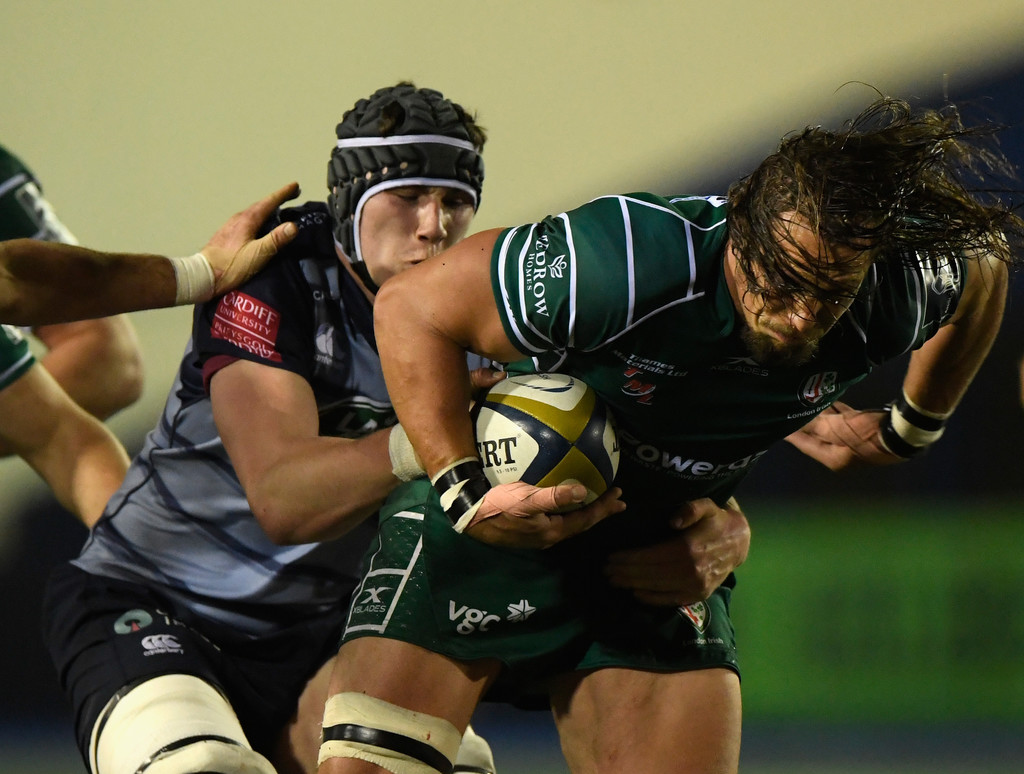 Physically, Botha’s got the perfect 6/8 build for the modern game. He’s got a massive wingspan, he hits like a truck on both sides of the ball and is a legit 6’3″ with a stocky, powerful frame to go with it. If you were building a back-row for the pro-game in 2018 from scratch, they’d look a lot like Arno Botha. Of course, Johann Van Graan would have excellent knowledge of Botha’s physical abilities and other x-factors like his work rate, attitude and leadership abilities from his time at the Bulls and that will have played a big role in making this deal happen.

I watched Arno in 5 of the games he played for London Irish and got good footage of his man of the match performance against Worcester. His work over the ball is very strong in all of the games, especially in the middle of the pitch where he showed superb strength and positional awareness when floating between A-B-C defensive positions – he’s at home in all three positions as a pillar, floating B defender and line speed leader.

He’s got excellent low-gear strength in contact, and he’s a very strong defender in the middle of the field with enough mobility to make good stops in the wider channels.

I think he’s most effective close to the ruck where he can get his power, aggressive mindset and wingspan into the game.

This is a small example of Botha’s power in contact and a way in which he uses his reach to attack the ball with a strong arm rip. Something to look out for next season as Munster look to build on the counter-attacking game we’ve hinted at this season – strong centrefield defence equals a greater chance of earning breakdown turnovers and kick-aways.

The most interesting facet of Botha’s game is his lineout ability. He doesn’t have a frame you’d expect to be excellent in the air, but he’s got good jump explosiveness, lifting power and lateral movement to the point where he’s a go-to guy in reduced lineouts on both sides of the throw.

He’s a powerful lifter, quick over the ground while shuttling and is a good mauler as the catcher or as a support strut on setups where he’s lifting. This versatility allows you to manage the energy of a ball carrying lock or front row, while also spreading your lineout responsibilities through three or four key players.

His jumping is pretty impressive.

He’s a good defensive front jumper when given that role. His decent jump speed is enhanced by that wingspan, which makes him a tough obstacle to overcome at the front. He’s got good timing and jump confidence in that he’s not afraid to back himself to attack a throw in the middle of the lineout. Again, from a pack construction point of view, this allows you to gradually introduce younger players in the back-row and second-row without overloading them with that kind of technical responsibility.

One thing Arno Botha definitely gives you is a high quality, powerful carrying game up the middle of the pitch. That’s part of the reason why Ulster were looking to recruit this guy and it’s a major factor in Munster’s PRO14 recruitment for next season. I have included some of his ball carrying against Worcester here but be warned if you’re on mobile, it’s a 45mb GIF.

Botha is a ball carrier that Munster can use in the first or second channel off the ruck to generate momentum. His leg drive and durability in contact are outstanding, and he qualifies as a Heavy Carrier as we’ve defined that term this season.

You’ll see Botha – hopefully – used a man to hit the ball up into the middle of the pitch and, or securing possession with strong body shape over the ball carrier.

Arno Botha will allow Munster to have a lineout option and a centre-field heavy carrier in the back row and that, in turn, allows you to bring in other options in the back five and on the bench. Playing Botha at 6 or 8 allows you to select a specialist openside without losing anything from your primary carriers or jumping options while bringing in someone like Coombes/O’Sullivan/O’Connor in the other spot.

As a bridge signing for one year, it’s a solid, pragmatic and potentially excellent signing as long as he can stay fit.