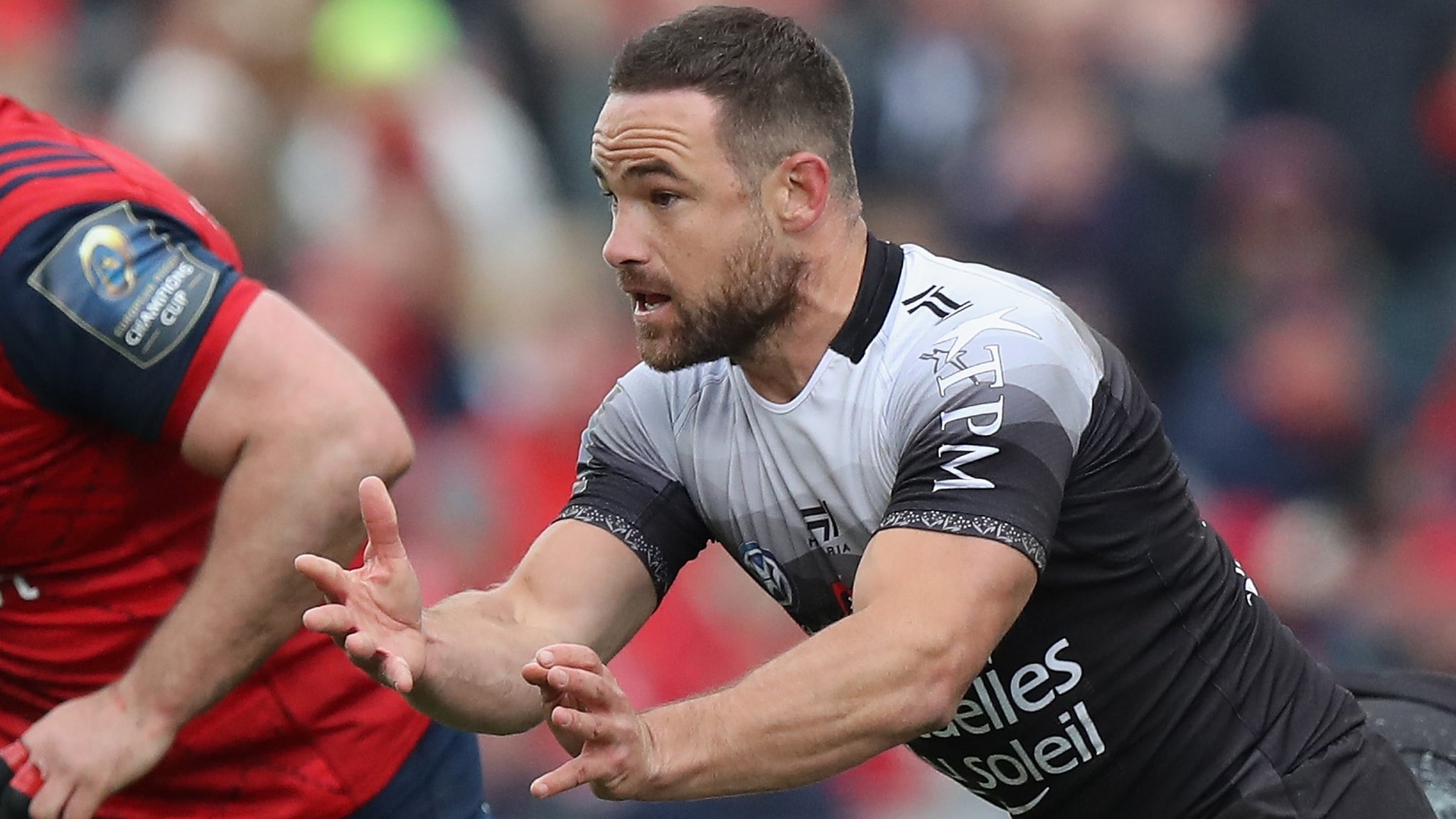 What’s The Story With :: Alby Mathewson

There are few words in the English language that are sadder in a sequence than “Conor Murray is injured”, at least if you’re of a Munster persuasion or, around a test window, an Irish one.

That’s the news that went public on Monday, with the news that we’ll likely be without Murray for the first two rounds of the Heineken Cup because of a neck injury. In response to this news, Munster have signed Alby Mathewson on a four-month contract as injury cover.

I’ve had as many responses to this news as you might imagine – and I’ll cover those in today’s podcast – but the main question is a plain one; is this guy any good?

If you were looking for a short-term signing to tide you over quality wise, Mathewson is about as good as you could do with a reasonable time frame, budget and union constraints. Mathewson is hugely experienced (260 professional appearances and 5 All Black caps), capable of playing a few different styles and is technically excellent in all facets of scrumhalf play. My only issue with him is his gas tank and legs at this stage of his career but when it comes to moving the ball, kicking it and decision making, he’s a good option to bring in to add to our quality behind Murray.

What does this mean for Williams, Hart and Cronin? It means that all three will get a chance in the PRO14 but that management felt that more quality was needed to take the pressure off them. Neil Cronin has just come into the professional set up so it would be a bit much to expect him to slot straight into the pressure cooker of a Heineken Cup game unless it could be avoided. Duncan Williams is a solid option but has suffered from injury as of late, as well as having consistency issues to his game. James Hart is a decent option but he hasn’t shown the tempo or consistency, again, to make a credible claim for that backup spot to Murray.

That’s why the management group went for a joker and, importantly, why that joker was approved.

In that environment, with a new 10 in place, you’d want a guy with experience, a calm head and Mathewson’s technical qualities to help our transition centred, tempo-based game.

Let’s have a look at what he can do.

Munster kicked the ball a fair bit under Van Graan last season and will continue to do so this season. We do this to generate transition events, exit or reset our defensive line. In all three facets, Mathewson is technically excellent.

Mathewson doesn’t have a lot of motion on his right-footed kicking action, and his accuracy and height when angling down the 15m channel are usually superb. Again, that changes when he fatigues – I don’t think he’s an 80 minute player at this level – but he’s a very solid kicking option when required.

Mathewson’s best quality is his ruck attendance, lateral pace, decision making, attacking support lines and passing accuracy, both from the ruck and in transition.

Watch his work in this sequence of phases leading up to the Toulon try;

What do you see here?

First, Mathewson doesn’t crab across the ruck when he’s passing the ball from a static position, which gives the guys outside him plenty of room to work. When he does move across the ruck, it’s when he’s got a screen runner to work off. The passing is accurate, has a good pace and he’s got a nice cadence with his runners and #10, even off the bench. He’s got clear, decisive instructions and movements on each phase.

Look at how he tracks from ruck to ruck; 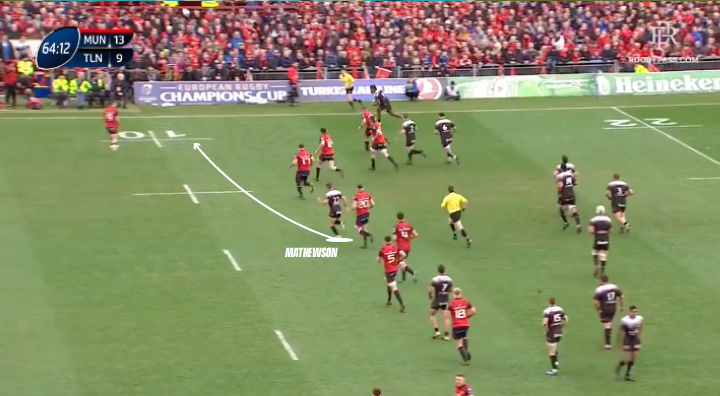 He runs well ahead of the play to get a shortcut to the next ruck and act as a support runner if there is no ruck. You can see him breaking through the line with Bastareud as a support option right before the try.

He doesn’t quite have the legs to be an option here but he’s a good handling option in open play in getting the ball to someone that can finish from this kind of range.

Mathewson’s constant motion means he’s rarely not in possession at an attacking ruck. He isn’t much of a carrier around the fringes, bar when possession enters the 5m range, so we’ll need to make sure we keep him stocked with runners if we don’t want him to get swarmed but I think his ruck attendance, advanced running lines and lateral pace will dovetail well with Carbery’s attacking reset speed at 10. There’ll be an opportunity to split game time with him so Hart and Williams will have to make that case for Heineken Cup minutes.

As a short-term signing, Alby Mathewson represents a handy bit of business by Munster in the absence of Conor Murray.