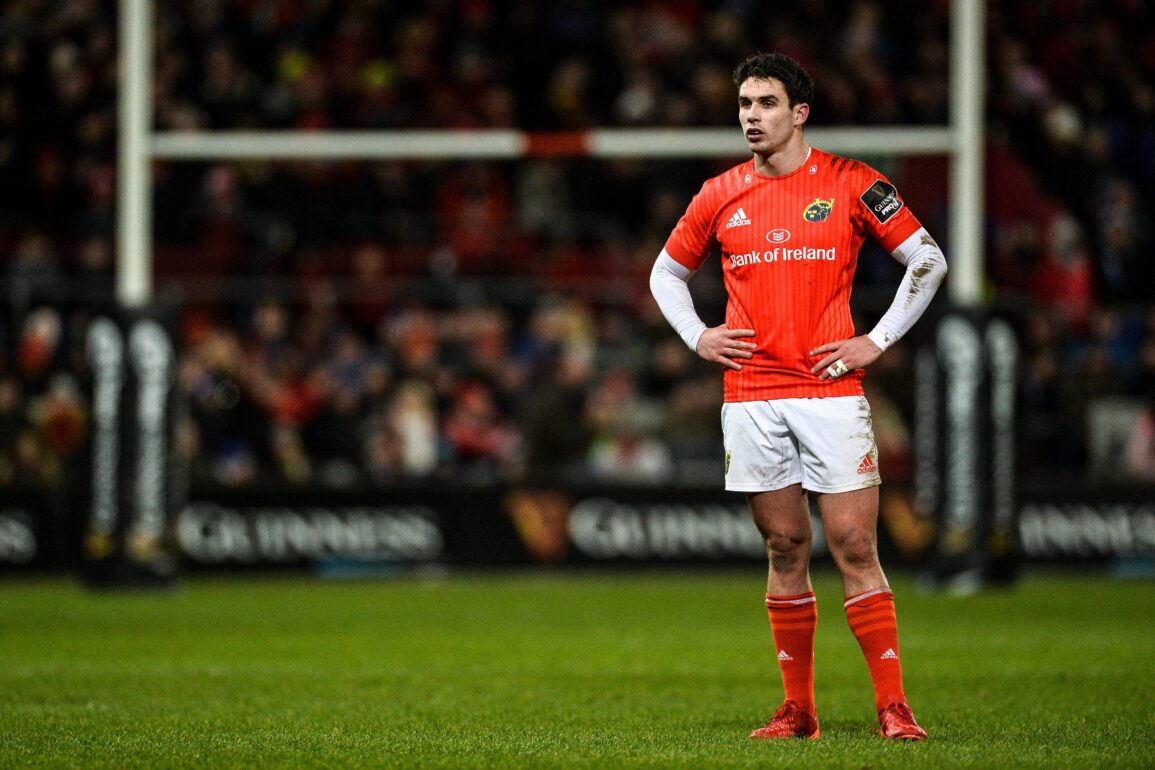 Joey Carbery has had an injury disrupted two seasons at Munster but he's worth the wait.

By Tom Savage3 min read
Joey Carbery has played 17 times for Munster since his acrimonious move south in the summer of 2018. It feels like more, and less, all at the same time. I think that’s mostly down to the impact he had onfield in that short time – think of the Gloucester away game, his goal kicking against Exeter, his all-court display during the home game against Ulster – and what it feels like we’ve lost out on during his long periods on the sideline.

Carbery has played seven games for Munster since the first of January 2019 and that has largely been down to injuries sustained while on international duty. His season was more or less ended in 2018/19 by a hamstring injury sustained during the Six Nations 2019 and the ankle injury he suffered in a World Cup warm-up game restricted Carbery to just two games this term before a wrist injury and further ankle surgery ended his season before it ever really started. Carbery did have one half-return against Edinburgh and then, a few months later, against Leinster at the end of 2019 but that’s been pretty much it for Carbery in a Munster shirt since the end of January 2019.

A missed Champions Cup semifinal. A PRO14 semi-final where he returned a bit rusty. And that’s it for a season and a half. Being frustrated is natural. Imagine how Carbery feels! But the grind of professional rugby is relentless if the wheel keeps turning without you in it, thoughts naturally turn to potential successors. It’s only natural – prudent, actually – to identify possible successors to a guy with Carbery’s injury record. JJ Hanrahan has done an admiral job in Carbery’s absence and there’s huge potential in the likes of Healy, Crowley and Flannery but for me, Carbery is still the guy to drive the Munster bus if he can get himself consistently fit.

The most complete Munster performances of the last two seasons have been with Carbery directing traffic and I cannot wait to see how he works with the likes of De Allende, Gallagher, Snyman and, in reality, the rest of the Munster side that we’ve only seen him play alongside in fits and starts. 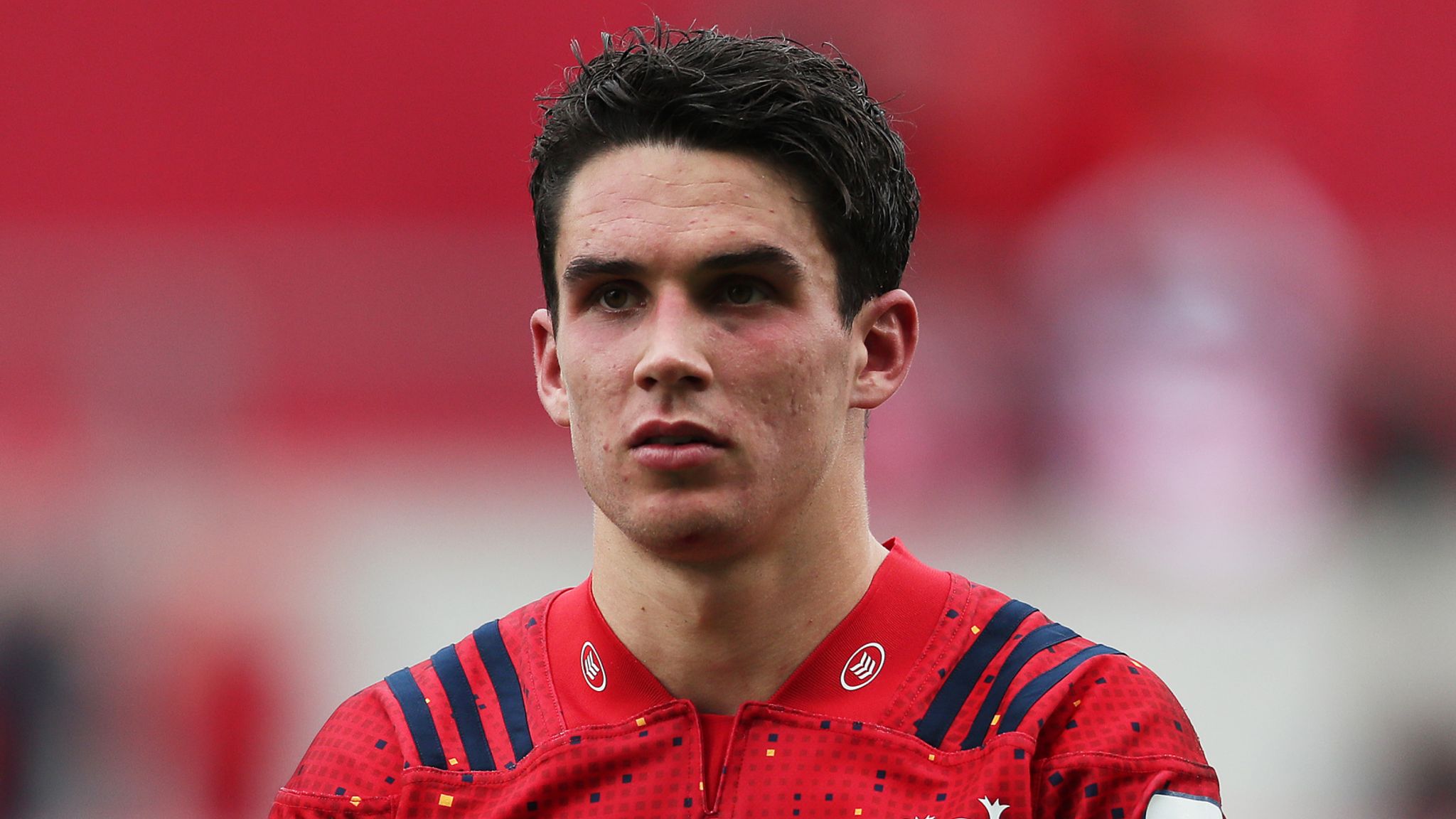 But what I’ve seen is enough to convince me that this guy is the real deal. Skills wise, there’s very little he can’t do. He can kick off both sides, he’s got a massive passing range, he’s shown a growing skillset in his choice of pass progressions, he’s shown to be a lethal goalkicker and he’s got the pace and agility to be a game-breaker all across the line. Basically, there’s a reason why Graham Henry saw enough during Leinster’s pre-season in 2016 to tell Leo Cullen that Carbery “[was] your out-half for the next 10 years” and all of those reasons still hold true today.

Leinster began to use Carbery as a playmaking foil to Johnny Sexton as a full-back during his last season with the eastern province but the IRFU – and Carbery himself – saw himself as more. He wanted to be the primary creator and, while I can see the logic of putting a second flyhalf in the backfield, there’s always a pecking order when it comes to creative output and the guy wearing #10 as opposed to #15 is going to be the guy at the top of that pecking order.

I think it’s fair to say that if Carbery was still at Leinster right now, he’d be fighting more for the #15 jersey than Sexton’s #10. If Carbery wants to convince Andy Farrell and Mike Catt that he’s the man to lead Ireland’s attack in the short to medium term, then he’ll need to start producing on the pitch in red first. I wouldn’t bet against him. As tough as it’ll be to dislodge Sexton before he’s good and ready, I think Carbery’s got the talent and nerve to make it happen.

You don’t go from playing AIL rugby to PRO14 to coming off the bench to help beat the All Blacks in Chicago without being a very special player. Poorly timed injuries at test level have prevented Carbery from fully showcasing how special he is in a Munster shirt but I think the last few weeks and months in conversation with Stephen Larkham will help him hit the ground running.

His return from wrist and ankle surgery is scheduled to coincide with a potential Munster playoff run in the truncated PRO14 2019/20 season.

What better way to remind the country of what Joey Carbery can do by slotting back in and driving Munster to a first senior trophy since 2011?