Using your threats to manipulate the opposition 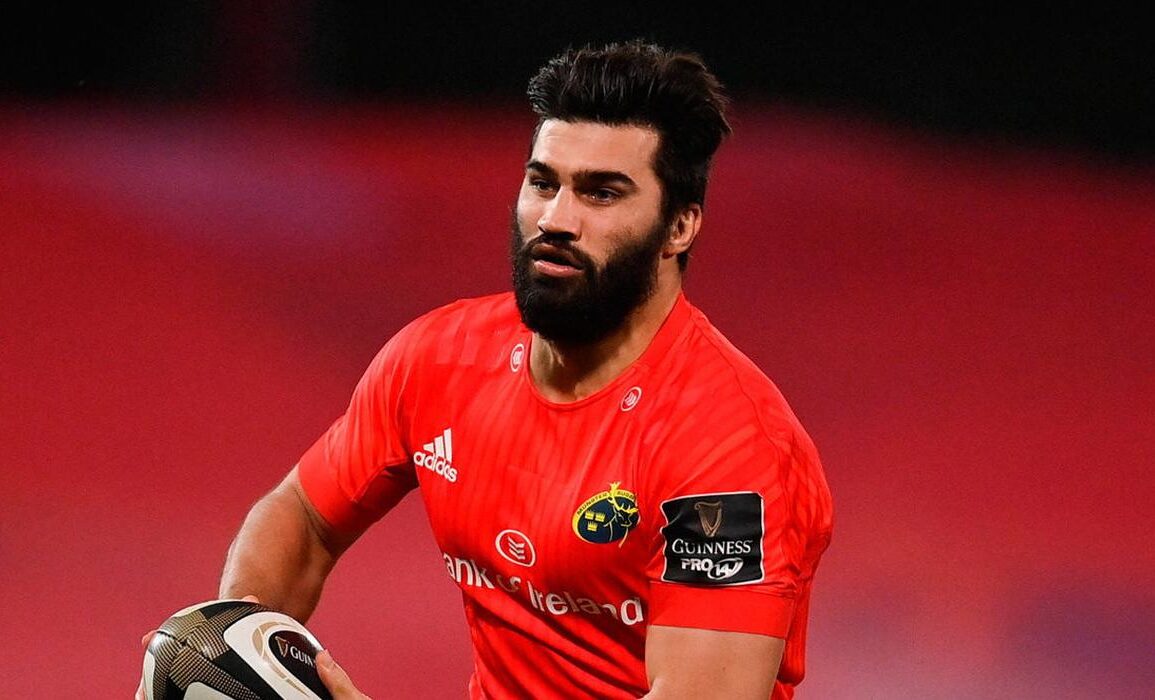 I used to practice Brazilian Ju-Jitsu a few years ago and when you’re involved in a sport like that, you end up absorbing a lot of pseudo motivational nonsense via cultural osmosis. It’s the same for most sports but I found BJJ to be particularly bad. One of the instructors spoke almost entirely in these quotes as he would walk around the gym. “Jiu-Jitsu is perfect,” he would bark after someone made an error on a setup, usually me. “It is human’s that are imperfect.”

Another favourite of his was “Jiu-Jitsu is the art of expressing yourself truthfully. Every time you put on a Gi, you can’t lie” which, in fairness, was pretty accurate because the truth was I wasn’t very good at Brazilian Jiu-Jitsu – I would tap out so much during training it felt like I was actually in a class for morse code.

One quote of Marco’s stuck with me long after I had jacked in BJJ and it was this, even though there’s no kicking in BJJ.

Imagine fighting a guy who had one kick to the liver that he had perfected by practising it 10,000 times? Every time you’d see him moving his leg you’d do everything you could to try to block it or avoid it, right? He moves his leg like he’s going to kick you, you put your hands down to block the kick but, in doing so, you leave your head wide open for whatever he wants to throw at you and just like that, you’re out. The next time you fight him, he moves his leg but you think it’s a feint like last time so you keep your hands up and… he crunches you in the stomach with that perfect kick. You’re out. You lose again, for the same reason. That perfect kick, your reaction to it and your reaction to the threat of it.

Lineout strike moves in rugby operate under a similar principle.

See, I brought it around.

You could argue that the scrum operates on similar principles – and you’d be right – but I’m going to focus on the lineout here because of the number of variables it has compared to scrum launches.

Let’s have a look at a recent example that should be fresh in the memory. This is Munster’s two-phase strike play that scored against Clermont Auvergne in the second round of the Champions Cup. The targets for Munster in this instance were;

Essentially, if Damian De Allende/Manu Tuilagi/Billy Vunipola is standing across from most #10s in a standard lineout defensive layout, it is too risky for the opposition to expect their #10 to defend those players effectively in a one on one collision so they will compress other defenders around him.

Let’s draw up the lineout strike against Clermont. The main threats for Clermont to worry about as this lineout gets set are the twin titan threat of Damian De Allende and Chris Farrell. Their ball-carrying “gravity” influences five players in the Clermont midfield defence. De Allende is directly influencing #8 Fritz Lee, #10 Camille Lopez and #12 George Moala while Farrell influences the positioning of Barraque and Matsushima by being a secondary option for Hanrahan or De Allende to pass to as the ball advances to the gain line. 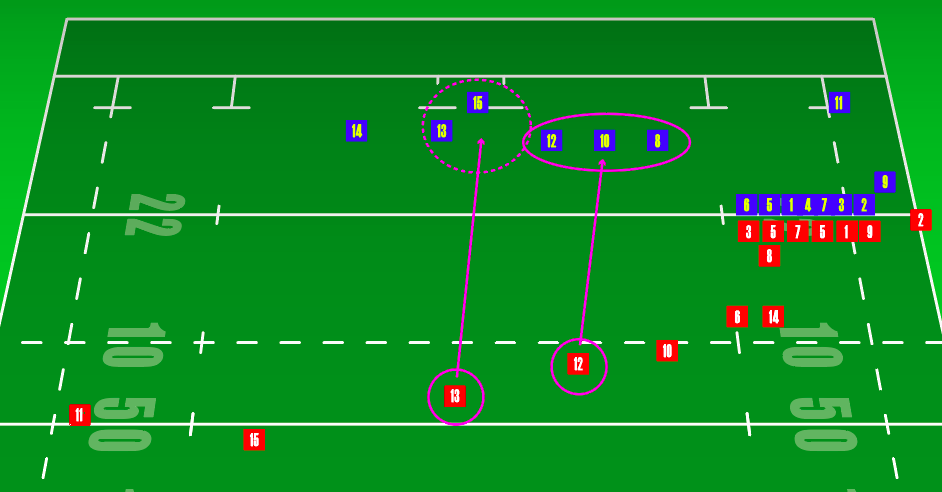 That isn’t the play but it is the primary threat for Clermont to assess as the lineout takes shape. Damian De Allende crashing up into Camille Lopez one on one would likely lead to a disastrous collision loss which would cascade into a situation that Clermont couldn’t handle.

At a basic level, you’ve got two fundamental, obvious threats; De Allende’s carry and the need to compress bodies around the weakest line (Lopez) and a pass outside that compression to Chris Farrell, who’s a 6’3″, 110KG on-ball threat himself. 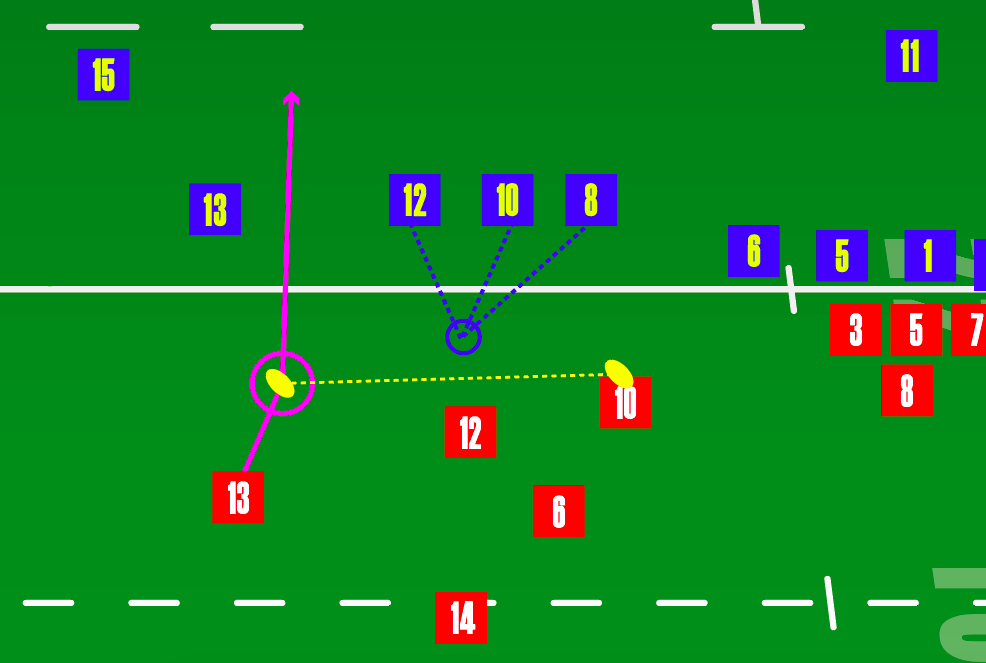 In this instance, the real play was to use the gravity exerted by De Allende to bring Gavin Coombes in on the slide from a “hidden” position behind the lineout off a maul break that worked Rhys Marshall around as the ball handler. 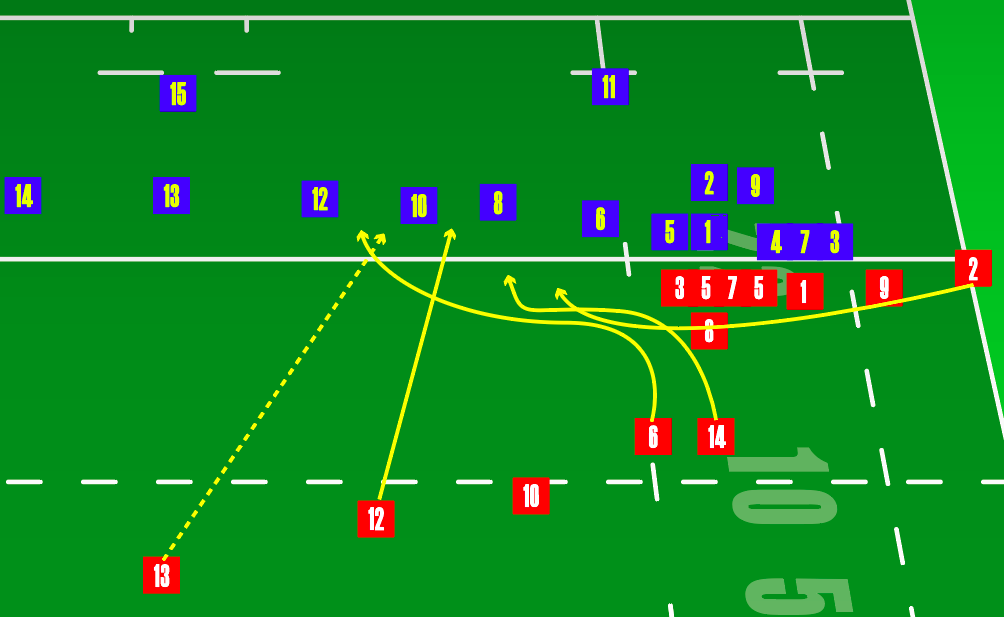 De Allende compressed Lee and Lopez before releasing the ball back to Coombes, who was able to isolate Lopez and drive through him one on one for a massive collision win. 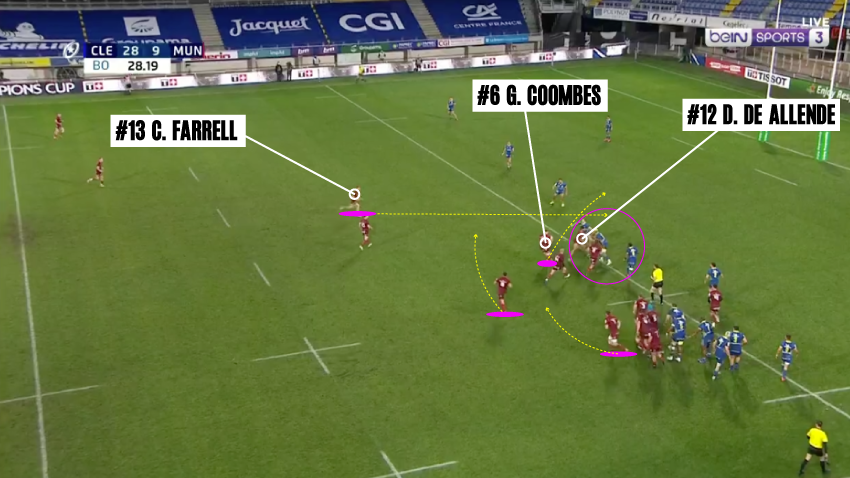 This slowed Clermont’s defensive reset because they had to get behind the new defensive ruck point. Chris Farrell made a bee-line for the collision point as a potential offload target but mainly to ensure he locked the ruck up. He made sure to trap Moala and drag him to the floor while De Allende guarded against the counter-ruck.

That secured the first ruck and set the table for the second phase, which was built on the mobility of Peter O’Mahony and CJ Stander. Look at O’Mahony’s weave behind Stander, who runs a hard chop line on the Clermont fringe defence to prevent them from moving across to O’Mahony and Haley.

Barraque is the man frozen in space in the end. He can’t move because either way, it’s a try and the danger has cascaded since the initial carry from Coombes to the next phase. Munster executed it all perfectly.

A few minutes later, Munster mixed up the picture by highlighting the man who’d just run them over for the killer collision win alongside Farrell, with De Allende sliding behind their screen action.

He glides in between Moala and Barraque and eventually compresses three defenders onto him before offloading to Daly. This is a variant of the same principle of showing a threat and playing off the disruption caused by the threat.

Fast forward a few weeks and we can see the same principles in action against Connacht.

Watch as Damian De Allende forces a compression, links the ball to Murray, who to passes to Hanrahan who draws Arnold out before popping the ball inside to Earls on the loop. Look at Chris Farrell’s chop line on the covering defenders to clear the lane for Earls to attack.

I think the ultimate finish here is either Earls breaking clean through or a killer offload to Haley running a lateral support line but you can see the “twin titan” effect in action. De Allende compresses and releases while Farrell runs a hard, disruptive decoy that opens up space for an incisive runner to attack.