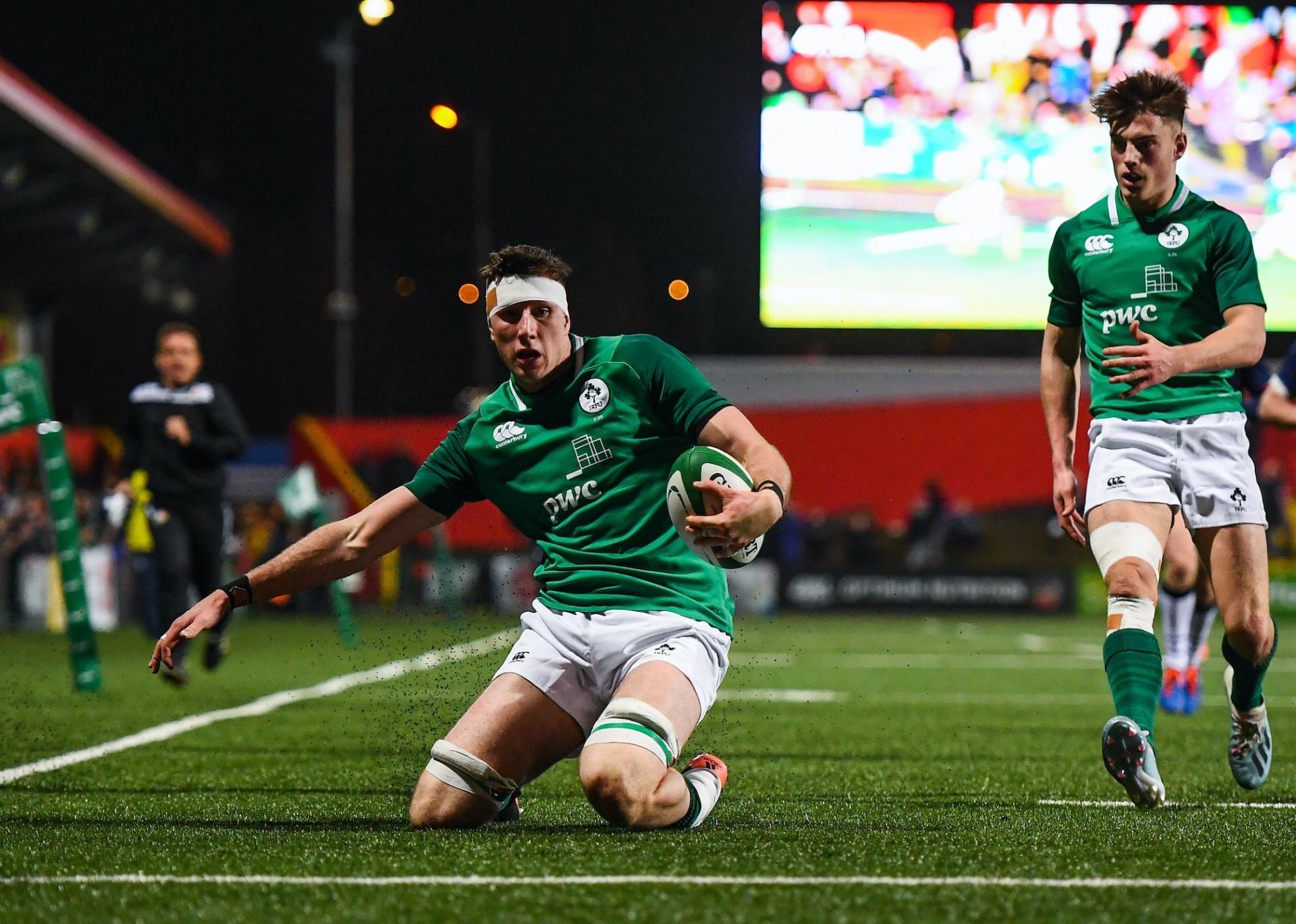 There are two schools of thought on player development.

One school suggests that relatively early position specialisation in younger players creates, as the term suggests, position specialists with a lot of in-game experience in their specific position. They, as the theory goes, will have more experience of the specifics of a position from a younger age (for example, scrummaging, lineout jumping, mauling, etc) and thus more hours and more reps than someone who comes to the position later.

The other school of thought suggests that it’s not raw time in the position that counts necessarily, but exposure to high-quality coaching at key developmental stages that is the most important thing. The logic behind this being that getting a well-rounded athlete into a situation where they can be coached by top class coaches in the position is preferable to, say, getting a young lad who might have had a mixed standard of coaching since the age of 12/13 who’s used to bullying weaker opponents for years and has a rake of bad habits to go with it.

Both schools of thought have a point but if you were to press me, I’d lean more towards the second school. For me, a well-rounded young athlete – they don’t even have to have that much rugby in them – that specialises relatively late (16/17) when exposed to top coaching can produce really well-tuned rugby players. A coach I chatted with recently spoke about finding athletes with the things you can’t coach like natural height, wingspan, pace, strength or power and just pouring rugby IP into them with high-level coaching in a high-performance environment as being an excellent way of bringing through top rugby players with very little of the bad habits that can characterise young players.

Thomas Ahern is a great example of this latter school of thought on the evidence I’ve seen so far.

In part one, we went over how Ahern had, up until 2017, been a back and how it informed his versatility and athleticism in attack but when you see a guy with Ahern’s build it would almost be a sin to not get that player jumping in the lineout. 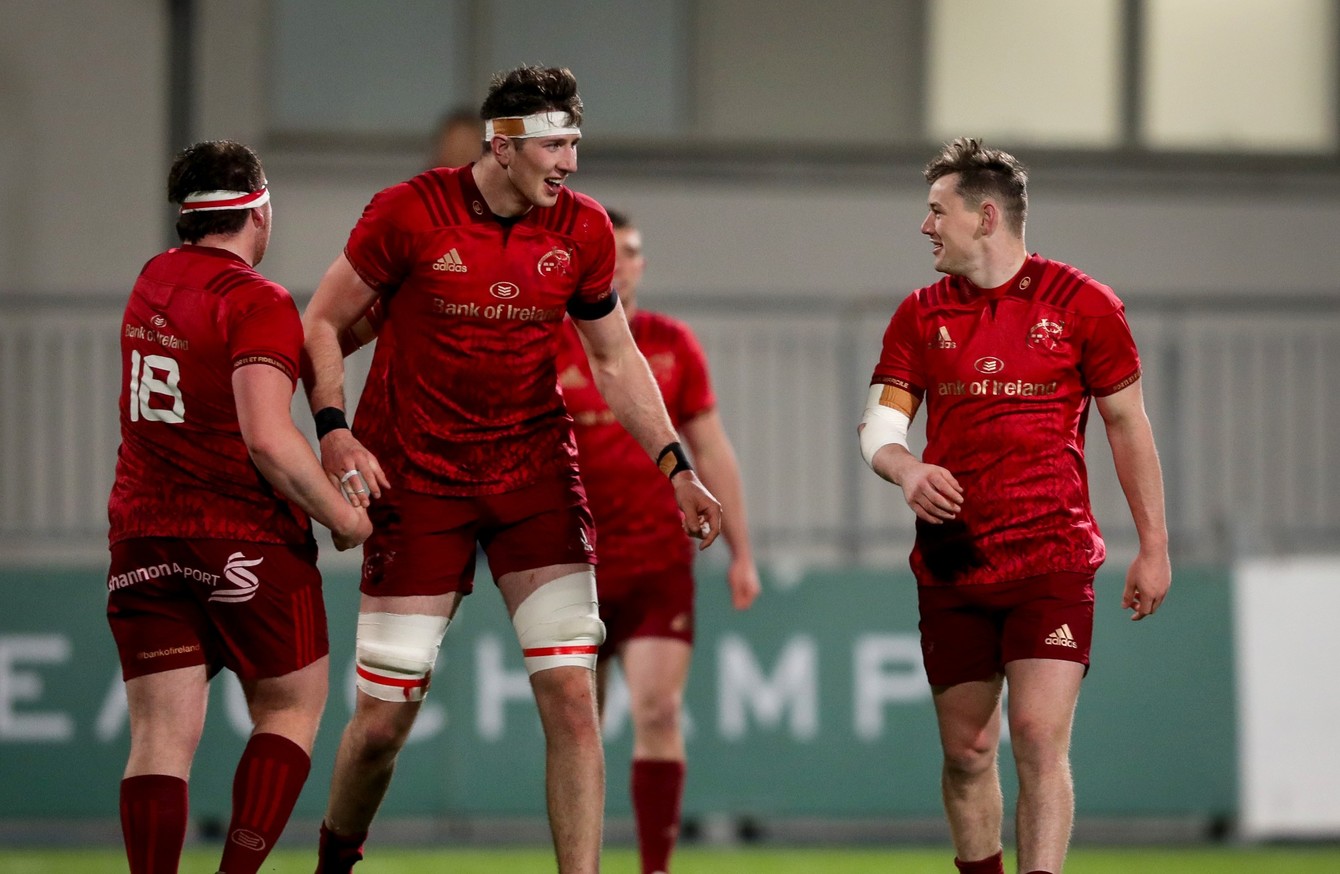 At 6’9″, Ahern is already in pretty elite company with regards to height in second rows. When you consider the ability he’s shown in getting into the air on restarts and other high ball situations in open play, it shouldn’t be a surprise to find out he’s an explosive lineout jumper, even at this young age.

Look at the height he gets on this one-man launch at the front of the lineout without that deep of a pre-jump stance.

This is a one-man front lift counter jump and the peak of his jump isn’t too far below the 6’6″ Cameron Henderson’s two-man launch. 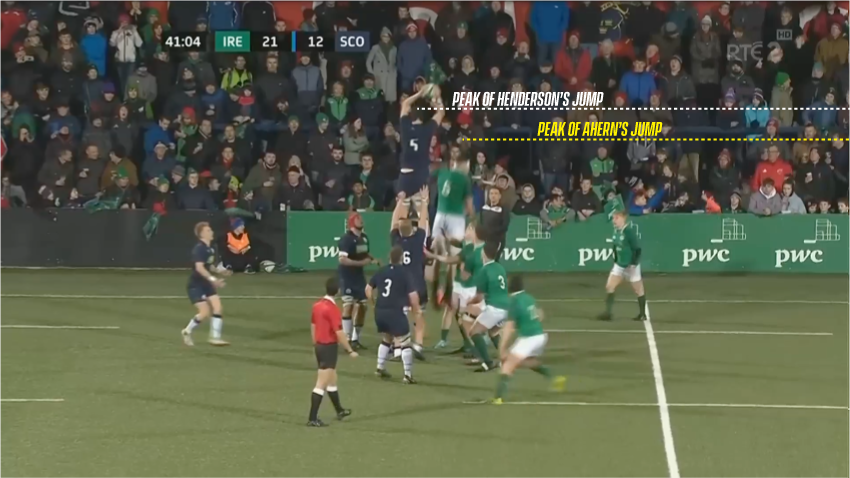 That’s pretty impressive. Couple that with his long wingspan and he’s a threat to any ball thrown to the front or middle at a low trajectory. Here he is getting in to disrupt a “Run To Two” lineout scheme with a barely assisted counter-launch at the front. His long arm gets across the line and bats the low throw away.

His length and speed into the air at the front forces hookers to really shape their throw when he’s patrolling the front. Devin Toner has a similar wingspan but, because of his weight, isn’t really a front jumper.

Ahern has no such issues and is already a formidable obstacle at the front with some average enough counter-lifting on the evidence of the u20 Six Nations to date.

One wonders how much of a nightmare he’ll be with elite professional lift assistance on opposition ball.

On his own ball, Ahern displays no bad habits that I was able to observe in his three Ireland U20 games against Scotland, England and Wales. Technically, he’s an extremely proficient jumper with very little “fat” on his kinetic movement in the lineout.

But why would he? Ahern was a back up until 2017 so over the past three years he’s essentially been plugged straight into top-level coaching at Waterpark, Shannon and then Munster.

In an interview with the 42 in January, he spoke of the influence that Billy Holland has had in his development.

“You learn so much. Even looking back on videos, you just look as positioning. I go back to Billy [Holland] because he is very good at training sessions, he would be certain positions and just knows what is happening.

“Hopefully I will learn off him. I think he is 15 years with pro experience, so he is a great role model to have.”

There are few better lineout specialists that Ahern could learn from. One danger that elite players turned coaches are prone to is “this is how I did it” learning where they essentially try to coach their players as if they were all 6’8″+ top players before they are actually top players.

If I wanted to learn high-level lineout work from anyone, it would be from a 6’3″ second-row whose stock-in-trade over the last 6/7 years of his career has been his effectiveness on both sides of the throw at elite European level.

When you combine that current pro insight with the coaching he’s been exposed to at Shannon and Munster it’s no real surprise to see that Ahern has taken so quickly to being a primary lineout jumper at a high level.

He can jump at the front, middle or tail and has a really good jump in place, forward jump and long back launch. He can jump strongly in place or get quickly into the air for pace throws.

Even when he comes under heavy pressure mid-jump, Ahern’s long arms and core strength gives him all the advantages for retaining the ball.

He’s also taken incredibly well to maul building. His “take and turn” at the top of the jump is really solid and his length makes him an excellent platform to build a maul off.

Watch the take and turn here;

“Effectively” is the key-word here. You’ve all seen second rows almost trying to sit down on the opposition shove but, when they lose their feet, they become an obstacle to the maul going forward and help the defence more than the attack.

Ahern has shown a consistent ability to lean deep into the counter-shove while also “walking back” with power.

Even when he meets initial resistance on the lean, his long legs and agility will find him purchase where others might lose their feet.

Outside of maul building, Ahern has shown some good speed (to get into position quickly to effectively add pressure against a scrambling opponent) and technique (straight back drive-through) when joining mauls as a second wave pusher.

He’s also an effective lifter and lifting guard for other jumpers/maul builds. He’s not yet the complete package with his static shoves but I have a feeling that aspect of the game will come with time and conditioning.

From a maul defence situation, I think that Ahern is pretty good. He’s a natural danger over the top of mauls with his long arms and he’s shown a consistent ability to harass the opposition ball transfer and carrier.

Ahern’s mobility gets him into good stopping positions and, once he’s in position with full leg extension, he’s a formidable physical presence at age-grade level.

One of the disadvantages of long legs in these situations is that they take more application of proper technique to properly set, which takes an amount of time depending on the physical situation you might currently be in – coming around the side of a maul after disengaging, readjusting your position to man a certain area – but that again will come with time.

You want a quick, low snap back and brace in these positions but that isn’t always a natural “kinetic memory” to embed quickly. Again, it’ll come with time and exposure to top end reps against the likes of Snyman, Kleyn and others.

That same tendency shows up in his scrummaging from time to time. Ahern primarily scrummages on the loosehead side of the scrum and that’s a good position for (a) a relative newcomer to the second row and (b) someone with his long frame. Tighthead lock scrummaging is a specialist skill and it’s normally reserved for the heavier or more scrum proficient lock.

When you’re as long as Ahern is, the low brace position you need for scrummaging is a tough skill to properly master and so, at times, you can see Ahern getting a little high on his prop. Watch here;

He’s not quite as low as he should be and you can see him bending slightly under the pressure coming through.

When you’re 6’6″, this is a relatively easy part of the second row game to get but at 6’9″- and a long 6’9″ at that – getting as low and straight as you need to be is something that will only come with more time and experience in the position. Thankfully, there are few guys better at building that experience into him than Graham Rowntree.

Overall, Ahern is a massive set-piece prospect and the prominence of the lineout as an attacking platform means his value is already skyrocketing.

A 6’9″ explosive jumper with a variety of launches in his arsenal would be on most sides shopping lists and when you add in his growing defensive prowess at the front and middle of the lineout, it’s even more exciting. He’s got huge potential in this area of the game and I have no doubt that it’ll be one of the main things that stand out for him on his initial professional outings with the seniors.

The scrummaging is a work on for him in my opinion but the aptitude he’s shown at the lineout and maul leave me in no doubt that he’ll nail that part of the game sooner rather than later.

The final part of this series will focus on Ahern’s defensive work.