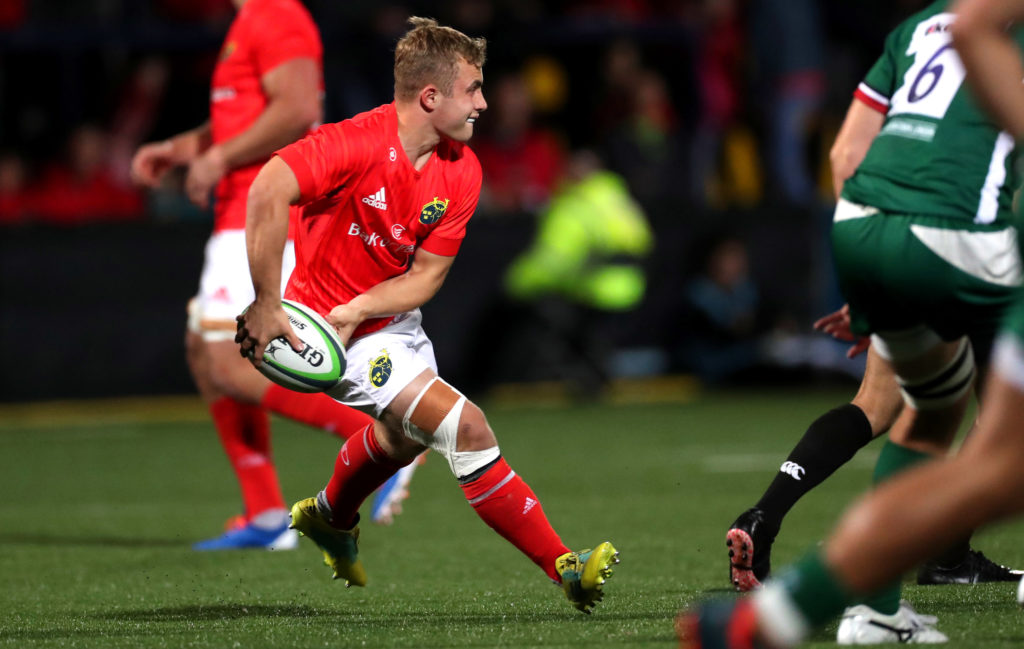 You can’t read too much into preseason games one way or the other.

It feels like I’ve said that relentlessly over the last month or so but if it’s true for Ireland, then it’s true for Munster too. Let me first say that Munster’s attacking structure and ambition in the second half of this game was as good as I’ve seen from Munster outside of the Gloucester game in last season’s Champion’s Cup but I’ll also hedge that by telling you that this was a reduced London Irish side and there was heavy preseason energy off much of what happened over the 80 minutes. So it was good – very good for the first game of a 13 week preseason – but we’ll keep it in context.

Our defensive work was very good throughout and built on the narrow blitz and athletic openside scramble that we’ve seen from Munster under Ferreira during the last season and a half but it was our breakdown work that stood out to me. There were a few nicely timed breakdown turnovers won – both clean steals and penalty awards – and we were constantly looking to counter-ruck and pressure the opposition’s ruck recycle, to positive effect. Our maul defence was consistently strong on London Irish’s close-range shoves and our set-piece defence was intelligent and tough on both scrum and lineout sets.

“Toughness” is going to be a consistent callback for Munster this season. We’re not going to be as big as some of the top opposition we’re going to play, so we can’t play the kind of rugby that we ended up playing towards the end of last season in the bigger games. Sometimes, the toughest thing to do isn’t going into big contact – sometimes it’s about playing with width and tempo. You won’t beat Saracens by taking them around the corner for three or four phases before kicking the ball away and, while a preseason game against London Irish is about as far away from Champions Cup rugby as you can get while still playing the same sport, it can be instructive for our new intentions.

I’ve gone over our work with the ball in hand in big games last season – check out that article here – but whenever we played with width and a lot of forward handling, we looked really, really good.

We have power – that’s undeniable – but we don’t have the kind of hammer zone power that allows us to play one out, low-risk rugby against the biggest sides in the game.

It’s not about flinging the ball wide at every opportunity – there’s value in a one-out carry if you have a plan beyond it – it’s about playing to where our strengths are in 2019 with the squad we have, not where we’d like our strengths to be based on a “traditional” Munster style.

That doesn’t mean that we can’t have a rock-solid scrum and lineout as we did here against Irish, but it does inform how we play off them. Last season we were missing the final moment in a lot of our set play strikes and while we didn’t see anything complex in this friendly, we did see some clinical play off our set-piece especially for Mike Haley’s try, scored off the back of a slick 8-9 scrum move by O’Sullivan and Casey.

Our lineout was very well put together and called by O’Shea, and we hit a variety of jumpers all through the line with quite complex lifting schemes throughout. O’Donoghue, Coombes and Wycherley were the most dynamic jumpers on display but the consistency of output was the most interesting thing to me. Our first try came from the back of a nicely designed three-phase strike play.

Look at Goggin’s “L” line on this strike. Bleyendaal takes the ball from Cronin and lengthens the line for McHenry to come against the grain with a strong carry. Goggin stands up Green #10 for a moment but stays alive on the second phase.

Why did we throw to Two but play wide? So the tail of our lineout – the second phase carriers – could impede London Irish’s mobile defenders. Here’s Coombes taking out the London Irish openside.

On the next phase, Coombes came around the corner at pace and took the ball on an angle for a nice gainline win. The presentation was clean and Cronin was able to hit Knox for more of the same.

Both of these carries are focused on width and tempo. Knox’s carry narrows the London Irish defence and presents a quick recycle.

One – look at the cleanout/pop route that Wycherley was running;

He’s looking to secure the ruck at pace and, in a twist on last season, looking for a pop pass off the floor, which he didn’t get here but a few others did during the 80 minutes.

Two – look at the numbers we’ve smuggled over onto the blindside.

That’s a 3 on 1 isolation with 10m to work with earned from three carries at pace. Goggin would score after Bleyendaal took out the last back row defender with a tight pass.

Any one of three players could have scored this. That tight across the body pass from Bleyendaal is something that all of our players were drilling in the warmup – forwards and backs – and it showed up again and again for us. Drill the skill you want to use, and we did.

Have a look at the entire sequence here;

Our scrum was very solid on both sides of the ball and the solidity of Knox against experienced pros like Elrington and McMillian in the first half was very encouraging. There were changes in the pack throughout but the scrum platform stayed solid. Again, encouraging.

My main interest was in the phase play, however, and I wasn’t disappointed. Sure, the first half was mostly dominated by both side’s defence but our ability to hold onto the ball and vary our structures ruck to ruck was impressive. We didn’t look like we were playing to a prescribed 3/4 phase sequence before resetting and every recycle saw a new option being presented to the first receiver. Sometimes it was a wide pod option to Hodnett, sometimes it was a narrower carry through Knox or Coombes, but we were finding runners in space and with a constant desire to keep the ball moving in contact or even off the floor.

Our attacking structures were focused on quick tempo carries through the middle with real width on the ball to cut out defenders and create positive attacking angles. Jack O’Sullivan’s try in the second half was a prime example; huge width off Casey’s pass, excellent recovery and Goggin’s pass put O’Sullivan in a position where he could make something happen.

He sent his man for a stroll before finishing, but he could easily have put Daly away too. Again – get the ball to the edges and let your players play. O’Sullivan had another linebreak in the build-up to another try in the second half – with an offload to Wycherley included – but the same principles applied; real pace at the breakdown, width on the pass, forwards passing and mobile forwards making breaks with positive angles to work with.

There’ll be bigger challenges ahead this season, to tell you something so obvious as to be nearly meaningless, but what we saw was certainly encouraging. If this performance scales up to the regular season and beyond, it’ll be really something.

From an individual perspective, it’s hard to give people distinct star ratings given there was essentially rolling subs here with 32 players used in total.

My two stand out players with regards to impact were Jack O’Sullivan, Dan Goggin and Craig Casey.

Jack O’Sullivan really impressed me with his pace, agility and handling along with some hard strike zone running. He scored one try and set up another with a superb break and offload.

Dan Goggin looked really accomplished at both 12 and 13 during the 80 minutes, scored two tries and was a big hitter in defence on set-piece and phase play. Impressive.

For me, Craig Casey was the standout player in the aftermath of his 20/25 minutes on the pitch. It’s no surprise to see the majority of Munster’s scores come during his time on the pitch. His pace to the breakdown, reading of the play, passing range and the sheer pace he got on the ball combined with his ability to challenge the defensive positioning of the London Irish pillar defenders was outstanding. It was an authoritative performance from a young player who looks like he has it all.

I’ll be covering this game, plus the build-up to #IREvSCO in the World Cup this week on TRK Premium all week along with GIF and Video Articles.