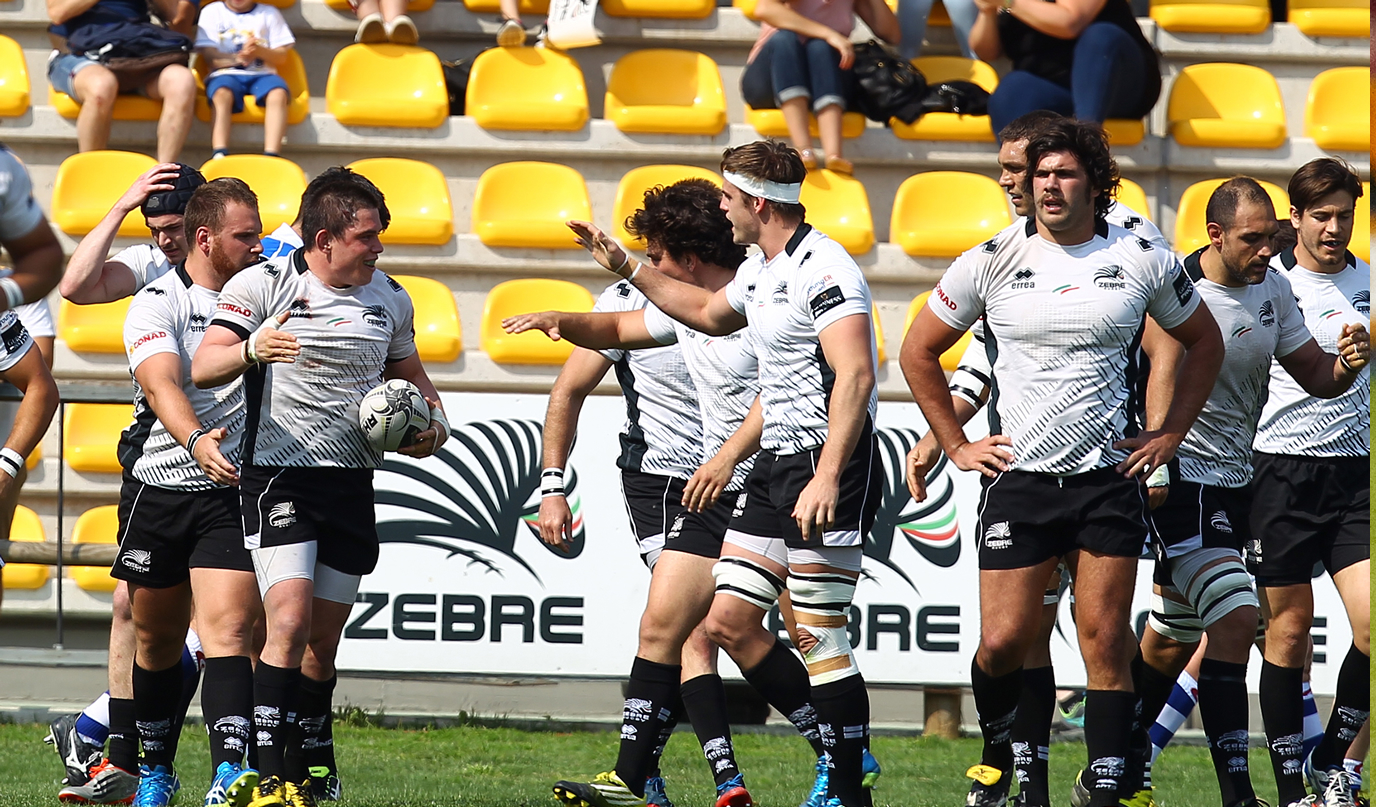 When you take over a club like Zebre, the first thing you’ve got to do is bring simplicity to their gameplan.

A lot of people think that “simplicity” in this context means stripping a team’s ambition back to the bone and playing a very conservative style of rugby. That idea is based on an assumption that “simplicity” goes hand in glove with conservatism but sometimes, the smart move is to tilt that simplicity on its head and go the opposite way – a kind of simple expansiveness. Michael Bradley is a smart coach so it should be no surprise to see that he has taken Zebre and turned them into quite an expansive side on phase play.

That expansiveness is based on a close examination of the playing squad’s strengths and weaknesses. Bradley did that early with this Zebre side and their style of play has been tailored to match.

When you see traditionally weaker teams playing the kind of wide hands that Zebre play this season, it’s usually a bold attempt to hide a glaring weakness. For me, I think that weakness with Zebre is their set-piece defensive IQ, their defensive lineout, their maul defence and their kick transition defence. How do you hide that? By cutting out kicks.

Over the last five games – and as a general theme over the season as a whole – Zebre have kicked the ball from hand less than their opposition, choosing instead to keep the ball in hand. That presents itself in moments like this in their own 22.

Normally you’d want your kicker booting this down the field given that he could have got easy distance and relieve the pressure given that the ball wasn’t taken in. Instead, Zebre go wide to probe that wide defence.

When they recycle this ball you’d think that the next move would be an exit to touch but – well, let’s have a look;

They go wide again and boot the ball down the middle of the pitch rather than take the easy option of a kick to touch. They want to avoid that defensive lineout situation in their own half at almost any cost.

As I said earlier, sometimes the simplest way to play is to take kicking out of the equation on most of your phase work. Again, this is a pragmatic decision by the coach to work with what he has. Do you have a good tactical kicker at 9 or 10? Do you have big ball carriers? Do you have a good lineout relative to the top 5 teams in the league? If the answer to these questions is “no”, then why would you try to base your game plan on these things?

You can’t turn forwards that aren’t huge carriers into Billy Vunipola no matter how hard you train them. You can’t turn a running 10 into a kicker. You can work on your set piece, but that takes time you don’t have when you’re a small side that needs results to build momentum to buy you time as coach.

In that scenario, playing the game with a lot of width is the smart play.

Look at this work against Ulster;

Nice hands, good ambition and an emphasis on getting the ball into forwards hands in the wide channels. Look at the decoy lines, the aim to offload and the support lines? It isn’t elite by any means but they’re trying. When you consider that alternative is smashing B/C grade carriers into a willing Ulster defence until you’re forced to kick the ball away, you can see why Zebre would play this way.

It’s easier to get a forward’s passing and running game to a decent level than it is to turn a forward that isn’t a ball carrier into a ball carrier that can trouble a top 5 side.

Zebre have embraced this game plan and have had some very decent performances this season as a result.

Look at how comfortable they are attacking from inside their own half;

This ended up with a tackle but I like the look of those numbers they have in the wide channels and that the carrier was looking to get that ball free in contact.

They’re focused on improving on what they can with the resources available to them, and their game plan plays into that 100%.

The problem with this kind of expansive game plan is that you have to marry yourself to it completely for it to be successful. That means that sometimes teams will just go through you and attempt to batter your set piece – as Munster will be looking to do on Sunday. Zebre won’t have a Plan B to cope with this. Because why would they?

This idea of “having a plan b” is a nice chunk of received wisdom that gets thrown around regularly enough and seems to imply that teams should be able to play like the Barbarians in one half and, if that’s not working, be able to turn into the 2009 Springboks in the second half. Elite test sides can do this – to an extent – but to expect a club like Zebre to be able to perform like this to any kind of standard is wishful thinking.

Zebre want to get pace on the ball, they want to keep the ball in play and they want to avoid a set piece battle if at all possible. When they have their full complement of players, they are decent at this game – just ask Ulster. Unfortunately, when they are missing 8 players to the Italian squad, they can’t just turn the plan around and play a different way. They’re going to have to do what they’ve done all year except with lower quality, inexperienced players.

That’s where Munster can attack them.

If I’m planning for this game from a Munster perspective, I want to use the boot a LOT early on. I’d be getting the likes of Wootton, Zebo and Sweetnam into the air on the relatively inexperienced Zebre back three and trying to force turnovers, attacking scrums and force exits.

I’d also get a lot of ball down the touchline on phase play to get into the Zebre throw. Their lineout isn’t bad but they’ll have stripped back their lineout plans this week given the disruption to their squad and that means a lot of front ball to their experienced guys – get O’Donoghue/Holland challenging with pace and there’s an opportunity for turnovers.

As for their attack, I expect Cloete to have a prominent game in the wide channels over their ball. Zebre’s wide game is predicated on the ball hitting the deck in isolated areas – that’s where a fetcher can get over the ball with backs cleaning out. If we can force Zebre to come inside, go one out and start kicking, we’ll be most of the way there.

I’d expect Munster to play kick heavy early on unless something obvious presents itself. Zebre are a decent enough side defensively (no glaring systemic errors) but they don’t have elite fitness and can be reliably expected to fall away as the game presses on.

If Munster get a hold of field possession and penalty ball to the corners, I think we can rack up a big score relatively early. Zebre aren’t a good defensive maul side at full strength, and I expect this weakened version to be significantly worse. As ever, we can’t give them easy >10m attacking ball to work with because most pro sides are dangerous from that range in the maul.

Their lineout is pretty rudimentary and their lift tells in the props are fairly glaring – all the usual stuff of pre-squatting, early binding, over engaged faces on the target players and staring down the hooker. I’d expect us to read them early and disrupt their ball from there – I think that’ll be a big factor in our plans here.

Overall, I think Munster should win and win well.