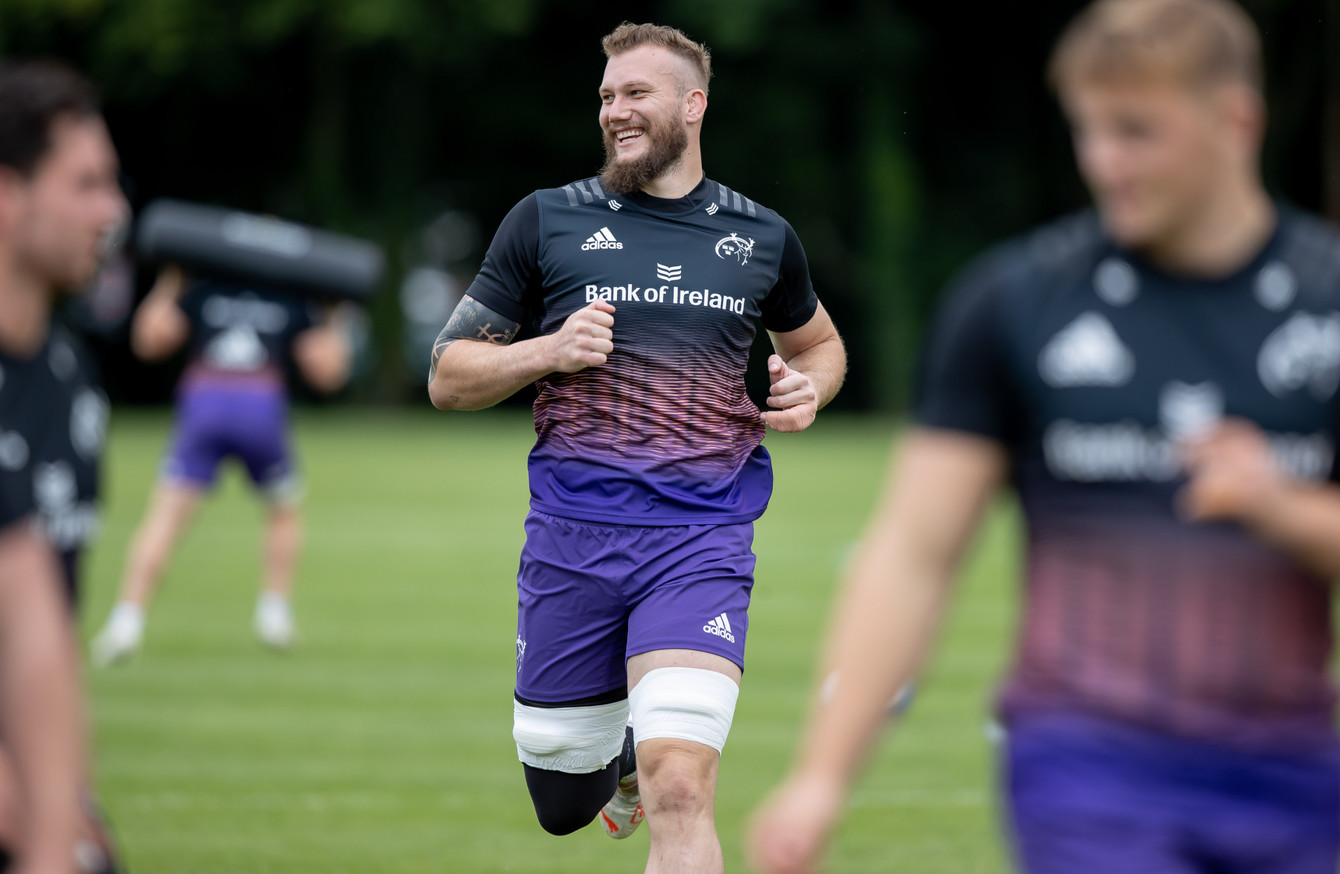 I’m ready to get hurt again.

Rugby season is back and that means only one thing – falling off the wagon into the sweet embrace of chronic hopeium addiction. It’s a September tradition. The whole “this year will be our year!” thing is an easy meme to fall into because it’s a universal experience for teams who haven’t won a trophy in a while, that is to say, the vast majority of teams in a rugby landscape where there are only two* trophies that can be won in any given season.

But that isn’t good enough for Munster Rugby. We know it isn’t. Nobody thinks it is.

We hope that this year will be our year because it’s been 10 years since Munster last lifted a trophy and, for a club of this size, that isn’t the second cousin twice removed of Acceptable.

There are myriad reasons for that, of course, there always is.

When you list them like that, they sound like excuses but I’ve always found the perception of reasons vs excuses to be linked entirely to your own perspective.

When you’re late for work, it’s because traffic was bad and your kid was acting up going out the door, what were you supposed to do?

When that guy you hate is late, it’s because he can’t keep time, is sloppy and doesn’t care about the job.

It still doesn’t change the fact that you both were late. And when it comes to trophies, one way or the other, Munster are ten years late and counting.

Where, if anything, Munster have overachieved by getting to semi-finals and finals in the midst of consistent coaching upheaval and multiple player resets?

We might not like it, but we have consistently been beaten by flat out better opposition when it came to the crunch in the last ten seasons bar 2015/16. We have been gatekeepers to the top for teams who are reaching their own cyclical peaks.

Go back and look at the big season-ending losses across the last decade and see for yourself, with 2015/16 being a notable exception;

Where are Munster in our cycle? Is this the year that we catch teams on the way to what is our pinnacle, or the start of it? Or will this season end like the vast majority of the above, with Munster being good enough to get to the main event, or close to it, before ultimately falling short?

A lot of it depends on how we deal with injury. Last time out, we were without RG Snyman for the entire season and a half-fit Joey Carbery for the last few games. Two guys signed to make a difference spent most of the season watching from the stands – that can’t happen for an extended period of key time this season if we want to win an Irish Shield, the European Cup or the United Rugby Championship.

If we can keep Snyman, Beirne, Kleyn, Jenkins, Coombes, Carbery, Casey, Murray, Kilcoyne, De Allende, Zebo, Earls and others healthy, while pushing through guys like Hodnett, Kendellen, the Wycherley’s, Liam Coombes, Crowley, Flannery, Knox, Salanoa, French, Healy, Ahern etc – we’ll be close. How close depends on Munster continuing what we saw in the Rainbow Cup, for the most part.

We start this season in a newly rebranded tournament, taking on unfamiliar opposition in a Thomond Park that will have spectators in it for the first time in over a year and a half.

Nothing about this weekend is business as usual.

Much has been made about the potential impact of the South African sides in this tournament but the truth is that they are almost a complete unknown. You can’t read too much into the Lions tour games or the Bulls facile defeat in the Rainbow Cup to Benetton, in my opinion, just like you can’t read too much into the number of Rugby Championship tied Springboks the Sharks are missing from their touring squad. You can video them to death – I know I have – but until we get regular games against these guys, there’s an element of dancing in the dark. Not just for Munster, for all the teams in this new United Rugby Championship.

As a result, Munster have gone as strong as possible.

If you’re going to dance in the dark, it’s better to have insurance. 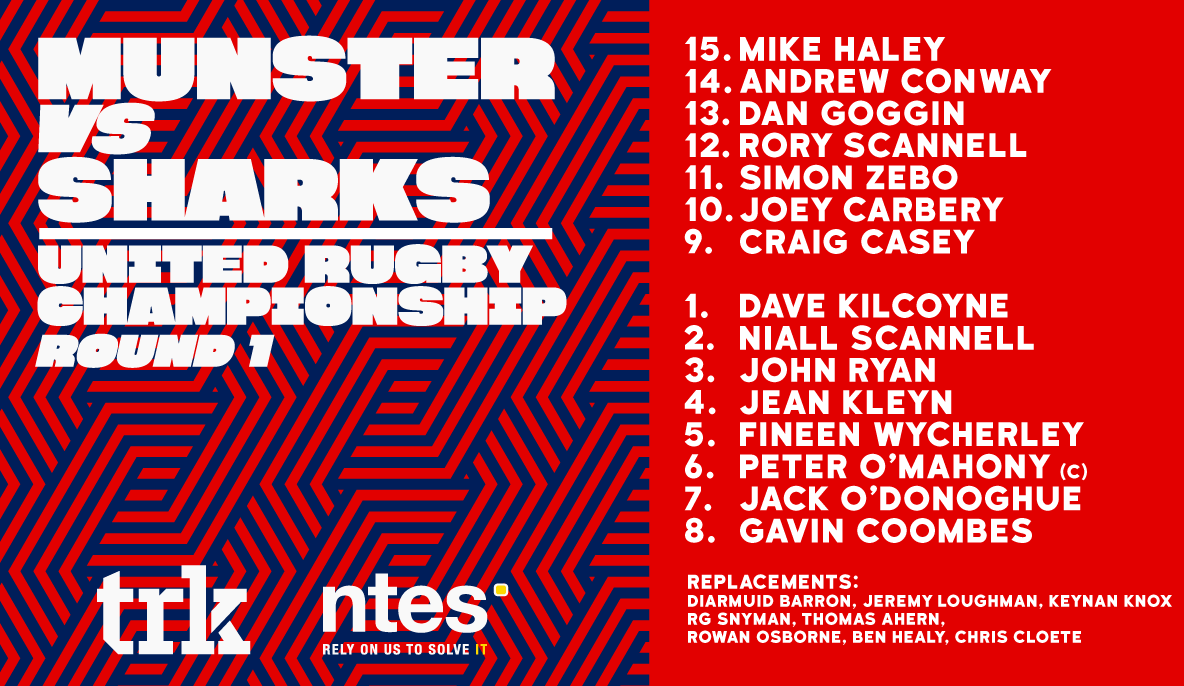 The Sharks are a bit of a conundrum.

Look at the raw stats of the recent Currie Cup, and you’ll see that they have the best defence in the tournament from a tries conceded perspective, with a run of the mill attack on their way to losing to the Bulls in the final a few weeks ago. The Sharks side I saw against the Bulls – or indeed any of their games – didn’t look like a side with the meanest defence in the league on their way to finishing second in the log.

But then I realised – they had four games called off because of covid/social unrest and were awarded four match points for three of them. Defensively, I think we can really have a crack off the Sharks.

Offensively, the Sharks look pretty good, for the most part.

They run a 3-2-X style system with Chamberlain and Bosch sliding between first and second receiver.

They use Du Toit and the monstrous Le Roux Roets to hammer around the two middle pods – three off #9 and that two pod off #10 – with Grobler often used in the wide channels as a lone runner capable of carrying well and offloading around the corner to their midfielders Kok and Louw with Penxe and Abrahams running in alternate pods on either side.

You’ll see Kok and Louw showing up more as strike runners and wide channel short-range passers than you will as central distributors. Both are hugely effective, pacey hitters capable of winning collisions.

Even if we concede a lot of possession to the Sharks, there is an element of predictability about their schemes in that 3-2-X system. There’s very little that they do that we haven’t seen before but the impact of Du Toit, Grobler, Le Roux Roets, Venter, Van Vuuren and Phepsi Buthelezi on-ball can create spacing for their dangerous outside runners that will hurt us if we can’t stop them in key central positions.

Defensively, the Sharks are most vulnerable off the lineout.

From what I’ve seen, they are particularly vulnerable to 6 man lineout schemes where Richardson is the man covering the midfield across from a big ball carrier. Richardson is a good player but he has a tendency to overshoot on those lineout schemes when he’s the solo forward defender – he wants to prevent access to Boeta Chamberlain from guys like Coombes, in particular.

That can open up opportunities on the inside or outside of his defensive line if you can pass around it.

If you can get around the peak of the line on these longer sets – where the carrier is recessed and running with momentum – you can draw out Richardson and attack that space alongside him.

The size of the Sharks pack is something you can work with on these six-man schemes too – especially later in the game. The key is to target the blindside fringe around the ruck in the aftermath of a maul feint or a full maul. The Sharks tend to put Du Toit as a key back lifter on the offensive and defensive lineouts so any play that attacks his transition from the maul to the first ruck will naturally find space around him.

That goes for double when Le Roux Roets is in the same lineout lifting pod on a defensive lineout – with the right carry, you can set up a breaking opportunity for your scrumhalf and we have two players more than capable of lighting the Sharks fringe defenders up if they drop off in the second half, especially if they are concerned with the carrying impact of Coombes, Snyman and Ahern.

After way too long without fans, it’s good to finally be back.