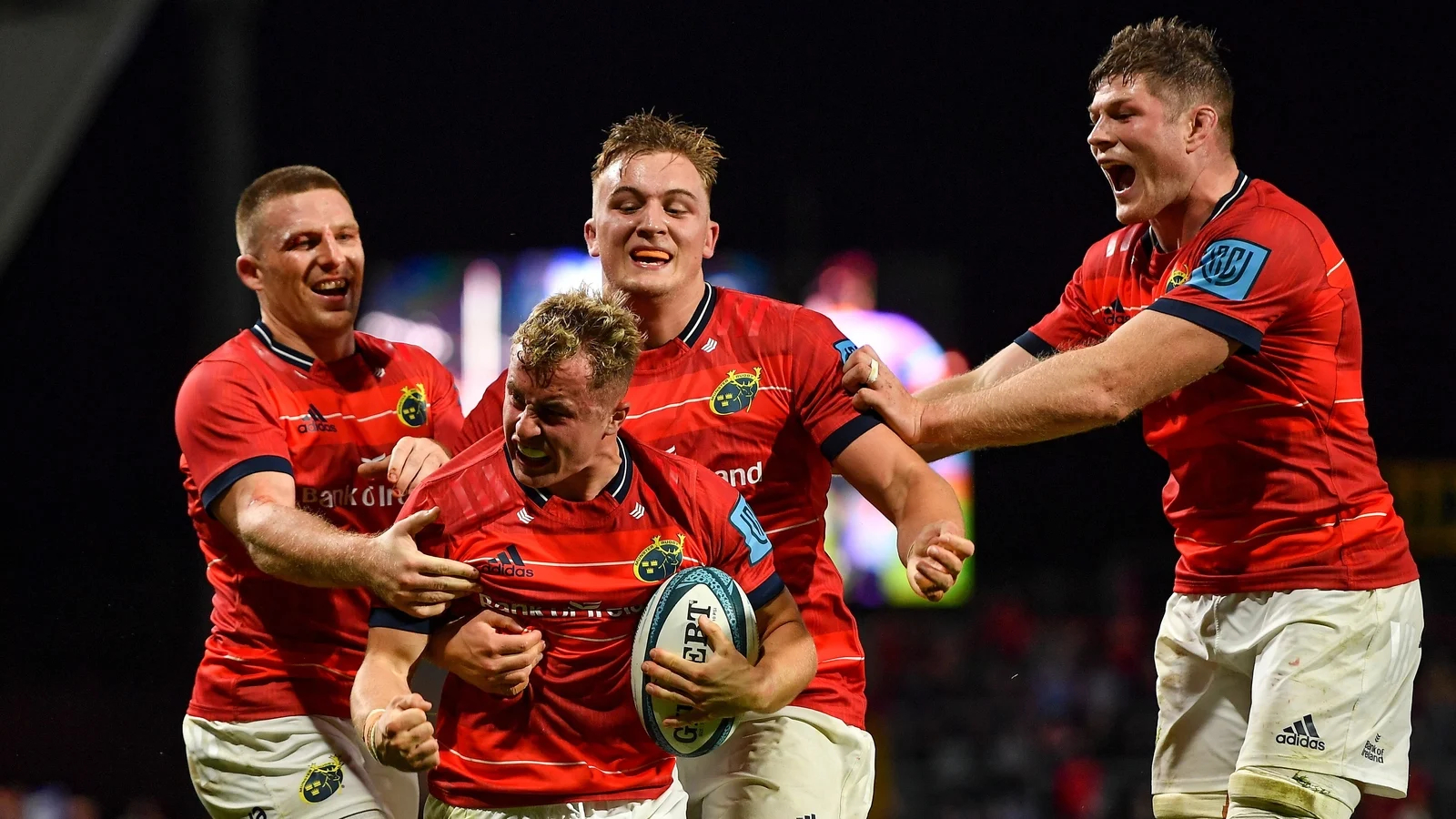 Do yourself a favour and forget about Connacht’s loss to the Dragons in the Sportsground last week.

It has no bearing here. There’s a real temptation to get into thinking that, jeez, Connacht lost at home to the Dragons by 13 points and were 15 points down with 10 minutes to go – there’s trouble there.

None of that matters this week. Connacht will pitch up in Thomond Park this week because that’s what they do when they are playing away from home during InterPro games. If this game was being played in the Sportsground this weekend, I’d be quite confident that Munster would rock up there and win pretty comfortably but when you’re at home… there’s always a doubt with this Connacht side.

There was a fair bit of heat on Jake White when he essentially called Connacht “Leinster A” like he was a shitposter in The 42 comment section but there is an element of “the island of misfit toys” about Connacht that, far from being a weakness, has been a real strength of theirs for a number of years. They take in players from Munster/Ulster/Leinster who didn’t quite work out for whatever reason or who were undervalued, they bring in a few smart signings from overseas and they turn them into better players more often than not. That’s alongside their homegrown players who punch above their weight again, more often than not. 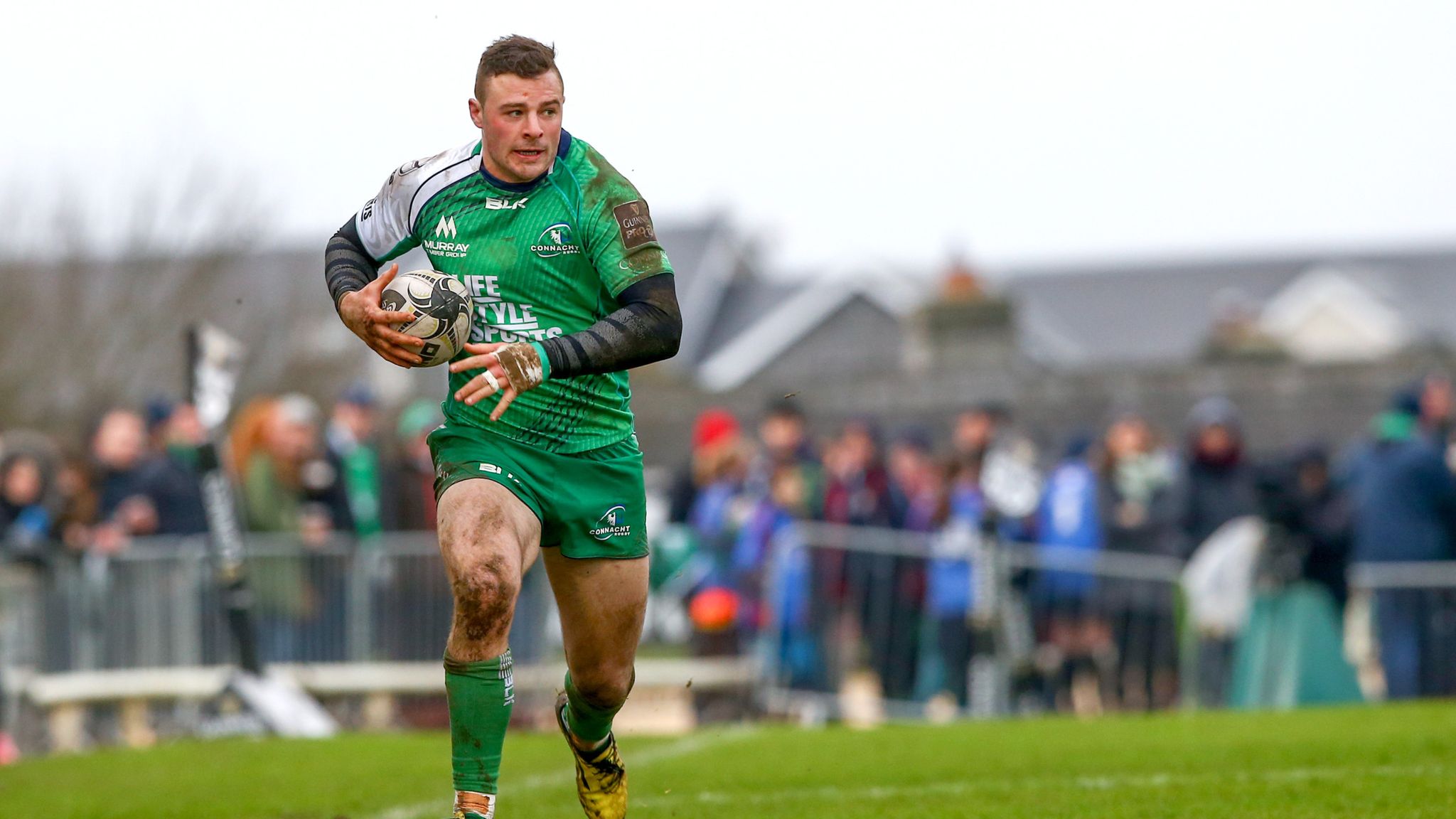 They have to be crafty in Connacht, and they almost always are. That means smart recruitment, smart retention where possible and it puts a real premium on the right coaching hires. It’s fair to say they struck gold in 2013 when they hired Par Lam. He had a better win percentage than any Connacht coach to that point – 48%. Warren Gatland managed 47% during his two seasons in charge during the late 90s to put that in context. Lam radically changed how we think about Connacht Rugby. They won the old PRO12 in 2015/16 and did so playing incredibly expansive rugby in a system that Lam spent three seasons building. The loss of Robbie Henshaw, Aly Muldowney and AJ McGinty to Leinster that year ripped the guts out of that side and they were further disembowelled by Lam’s decision to jump to Bristol at the end of 2016/17.

They had a coaching misstep in the aftermath of Pat Lam’s unmanaged departure when they hired Kieran Keane. His win percentage was pretty bad given he was only employed for one season – 42% – but there was a bang of bad vibes off him and he left soon after. The next hire had to be the right one and boy, was it. Andy Friend might not have a league title under his belt but he’s currently in possession of the best win percentage of any Connacht coach in the modern era. Friend’s Connacht have won 51% of the 78 games they have played under his direction since 2018/19. 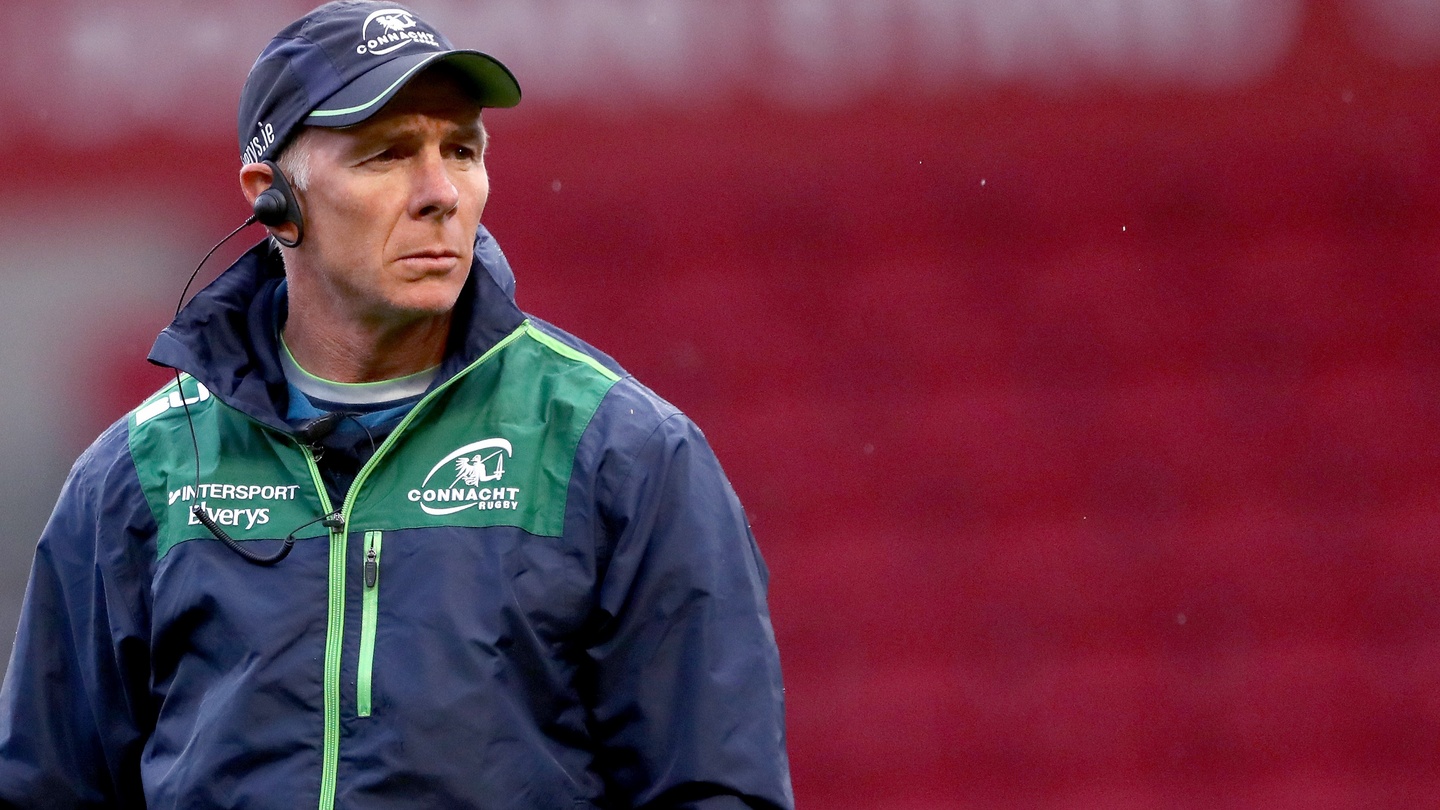 That is impressive by any metric but it’s particularly impressive at Connacht even if they have struggled for consistency. Nobody, for example, beat all three of Ulster, Leinster and Munster away from home last season – except Connacht. The flip side of that is that they lost all three home games against the same opposition during the PRO14 season. “The flip side” seems to be a good way to describe Connacht, actually.

Connacht are capable of beating literally anyone in this league home or away but are also more likely to drop a random loss than any of the other top sides. They’ll beat Leinster in the RDS in the same stretch of games that they’ll lose at home to an average Ospreys side. Even this season they dropped a bad loss away to Cardiff – no shame in that, it’ll happen to plenty of sides this season – in the opening round but then roared back with a superb win over a muscular Bulls side that would go on to beat Cardiff in Cardiff a week later. It felt like Connacht had really turned a corner after a bad start but then they went and dropped another random loss at home to Dragons last week. They even coughed up a bonus point.

For Munster, it’ll be beyond important to ensure that Connacht don’t “flip side” back to winning ways this weekend. The last time Connacht showed up at Thomond Park they snuck away with a contentious win in the Rainbow Cup that still rankles to this day. Strange officiating aside, that loss was almost entirely self-inflicted with two killer errors that lead directly to Connacht scoring 14 points. And with that, our Rainbow Cup hopes were done and dusted.

That game needs an answer this Saturday and it’ll be a key test for Munster mentally, as much as anything. We had a fine big win on the road last weekend but are we ready to back it up this week? Or will we think that we’re “up” on the season and allow a hungry Connacht side to eat our lunch as they did in the Rainbow Cup? 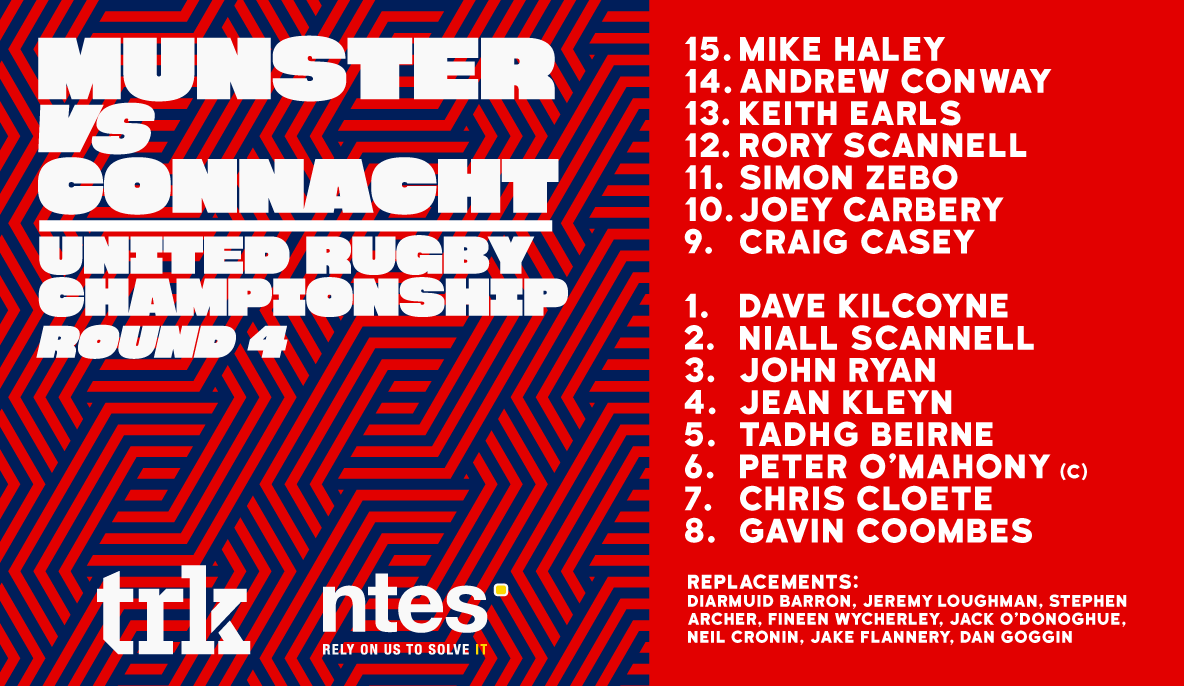 When Connacht click, they can score from anywhere on anyone.

Looking at both teamsheets here, I think it’s fair to say that Connacht will be targeting two spaces – our backline defence off the lineout and the space that our forwards will be rushing from to defend that same space.

The lineout is an important set piece against Connacht, almost more so than against other teams. They know it. We know it.

Build a solid lineout platform against Connacht and you’ll have a good shot at mauling them up and down the trams with plentiful breaking opportunities. If you’re not careful, though, they’ll use Ultan Dillane (primarily but not exclusively) to get up into your throwing lanes, scrag your possession and make playing against Connacht very difficult. If you can play around Connacht’s tendency to compete in the air outside of their 22, you will gain ground and pressure them. I’m sure that’s our intention and it’s got a high percentage chance of being effective.

But it’s not our lineout that concerns people.

Since the release of the teamsheet on Friday, the major issue people have had is with the middle line of the team – Carbery, Scannell and Earls – and how they are expected to defend off the set-piece. None of these three guys is going to be a huge defensive stopper one on one when it comes to going up against Bundee Aki (or maybe even Sam Arnold) but no one expects them to be. We’re not talking about waving fellas through either, mind – all we need is to get the tackler to the floor. It doesn’t matter if he gets moderate gainline success – we just need to get them to the ground so we can attack them on the floor through Chris Cloete and then our second phase poaching threats, namely Beirne and O’Mahony.

Chris Cloete is a key component of “guarding” those channels, both in the tackle and after the tackle. We must make Connacht worry about the breakdown threat he poses so we can start drawing their forwards out of the line and press Carty into overextending himself.

We must be aware, also, that Connacht will be aware of this threat. As a result, expect Connacht to try a few schemes to attack Earls – Carty to Aki to Arnold on the crash – and, in doing so, drag Cloete wide before hitting back where the lineout came from. Keep an eye on our tackle technique too. In this week’s presser, JP Ferreira spoke about how Graham Rowntree and himself had been working on a “chop focus” in defence against the Scarlets – you could see the effectiveness of it afterwards.

This levers the game back onto Carty, which is not without its risks either. He’s a good passer but he’s a really good kicker capable of finding deep angles, either kicking to reset or on transition.

If we force Connacht to reset like the above, we have to live with the possibility of those deep kicks and, as a result, under pressure lineouts and difficult starting sequences.

The kicking battle will be pretty interesting, though, especially as it can be tied to the lineout within a few phases. 50/22 has certainly added a lot to the game already but I think the threat of it can be quite dangerous against Connacht.

Firstly, there’s a fair bit of value in getting into a kicking duel with Connacht, even with Carty’s skill set, especially if we can find O’Halloran in the backfield on the second or third kick. If the return kick is 50/22 active, there is real value in going across the pitch as Connacht slide into a 13-2 pressing shape to attack the decision making of Hansen and Porch.

Look for Mike Haley and Keith Earls/Andrew Conway/Simon Zebo to try and exploit this angle on Connacht’s kick transition defence at least once.