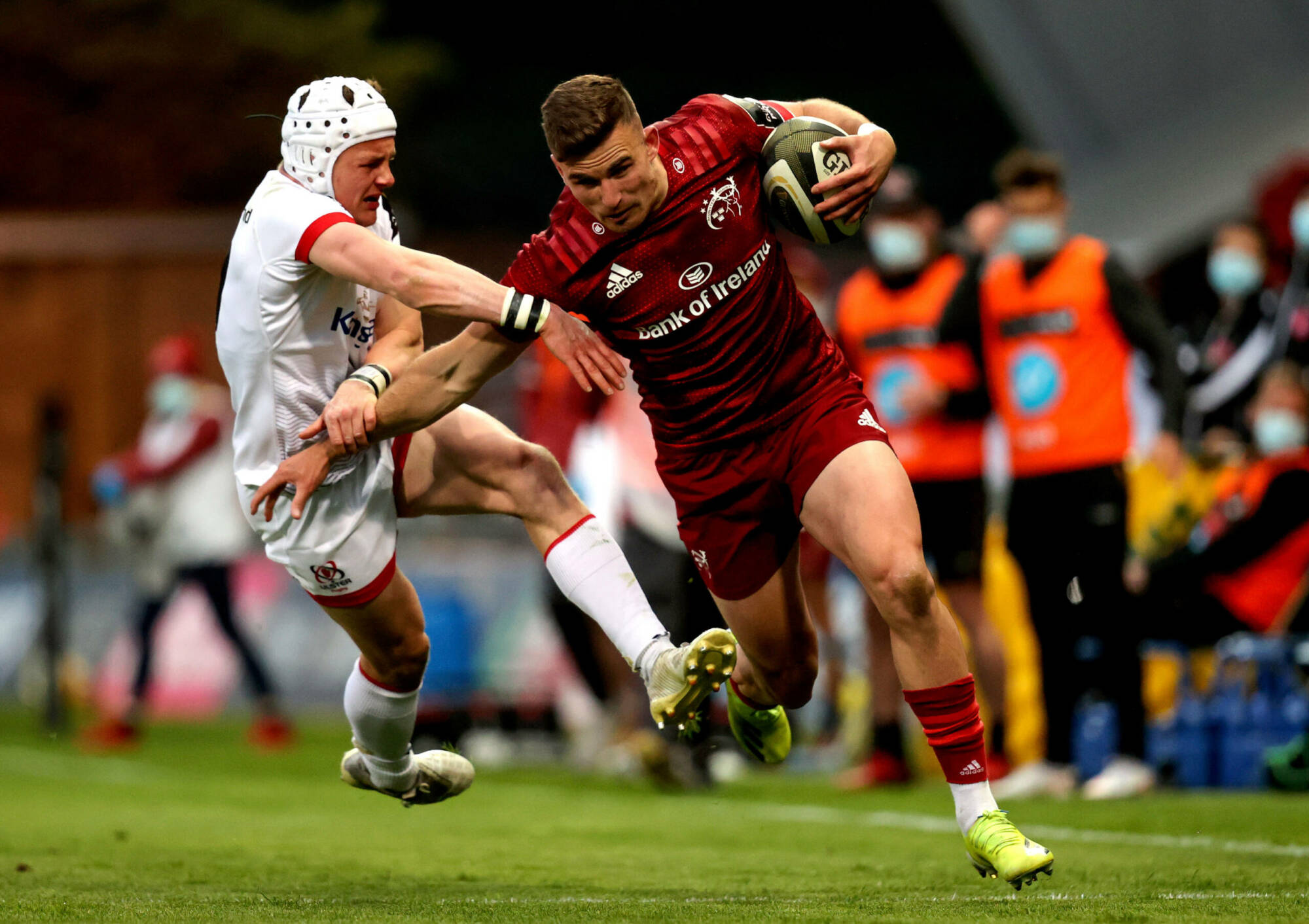 By Tom Savage7 min read
The value of a competition like the Rainbow Cup is hard to quantify, purely because it’s a brand new tournament, not exactly what was initially planned and has the distinct misfortune of finding itself bolted onto the end of a curtailed season in the midst of a global pandemic.

Nothing is normal right now but it has become normal all the same. This tournament is a reminder of that weird state of affairs. These are Strange, Unprecedented Times™  after all but we’ve been living in them for so long – 15 months now – they’ve become The Times We Live In. So the addition of a strangely named “Rainbow Cup” played in May behind closed doors might have the feel of waking up after a coma and wondering why the hell Munster are playing in a tournament that sounds like a stage in Mario Kart but, at the same time, it’s strangely appropriate for 2021. 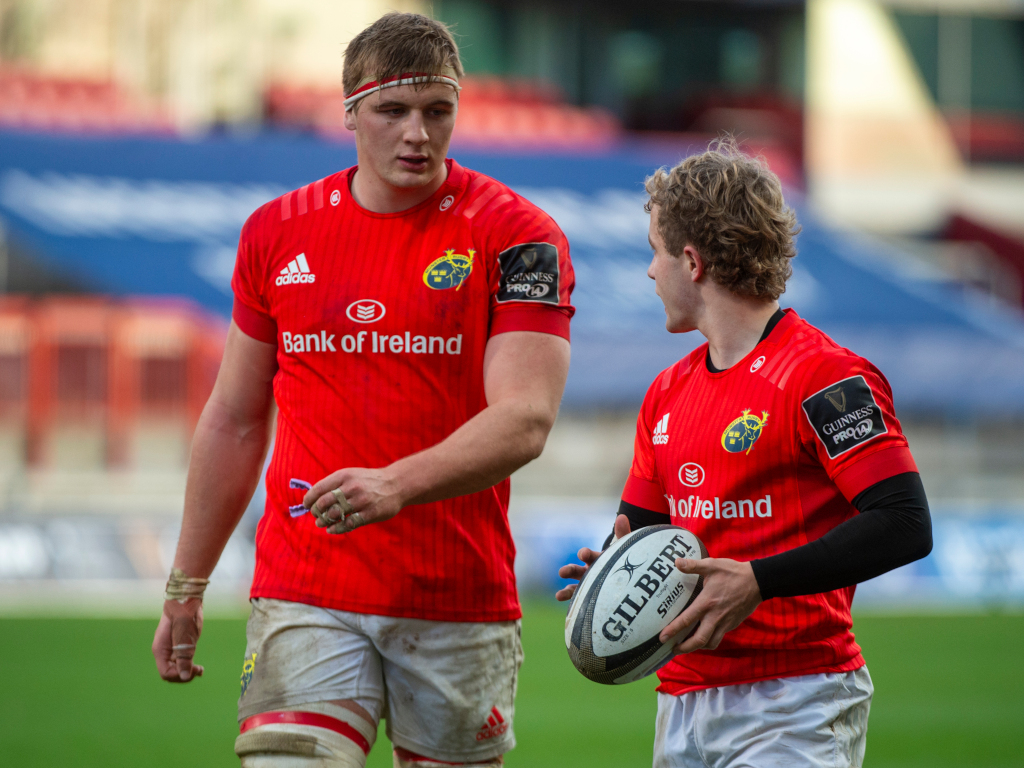 Forget about the name, forget about the changes from what it was meant to be, these are still meaningful games. The players and coaches show you that. An interpro loss is still an interpro loss no matter what way you try to dress it up. Take Ulster ahead of this weekend, for example? Would another pumping in the RDS be “no big deal” when lined up with a loss to Connacht, a loss to Leicester and a big loss away to Munster? For their sake, I’d hope not. They need a reaction this weekend to make up for the reaction they didn’t have last weekend.

Don’t underestimate the value of a win over Leinster in the RDS, be it in the PRO14, Champions Cup, Rainbow Cup or whatever. Munster can tell you about the value of that, even when people scream “it doesn’t matter!” long enough that you feel it might actually matter a good bit more than they let on.

Winners win, losers rationalise. It’s always been like this.

Ultimately, losses aren’t easily compartmentalized in this game or any professional sport regardless of the context. I can get behind some teams wanting the season to be over, sure, but shrugging your shoulders at a loss? The very best teams don’t do that and the very best players don’t stand for it. There are Lions waiting list places to play for, there are summer test jerseys to play for and there’s a trophy to be won at some point in June that I know Munster are looking at as a jumping-off point for the season yet to come. 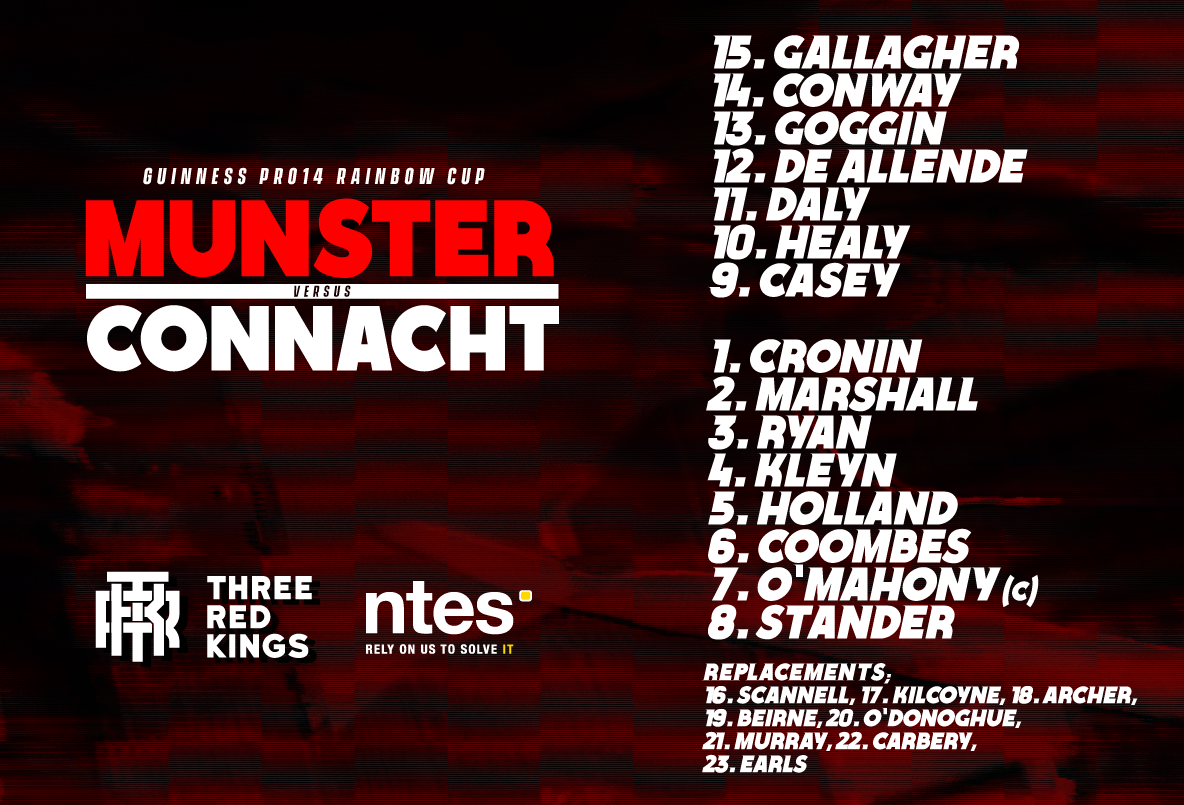 If we’re to speak about teams needing a reaction this week, we can’t look too far beyond Connacht.

The first 16 minutes of their game against Leinster last Saturday were about as far removed from the remaining 62 minutes as you can get in this sport. In a way, it was a pure distillation of the reality of the modern game where power and position dictate the winner more often than not. The first 16 minutes couldn’t have gone any better for Connacht. They won possession back in the Leinster half off a sloppy McGrath exit straight from the restart and then earned a penalty that they kicked for 3-0. McGrath coughed up an offside penalty off the Leinster restart, Connacht kicked downfield and won a penalty off the lineout when Scott Penny rolled away a little too soon from a decent break. Now it was 6-0.

Right from that restart, Connacht used the kind of positional play that they would have drawn up pre-game with a deep kick to pressure.

Kick deep, pressure well, let the opposition make mistakes in their half of the field – it’s one of the prime sequences of play. Strangely enough, Leinster got back into the game based on the very same principle.

From there, things started to degrade pretty badly for Connacht almost immediately. They began to concede penalties, their accuracy at the lineout started to falter and, by far the biggest issue, their defence of Leinster’s lineout maul bordered on the catastrophic.

These are poor examples of maul defence, to be sure, but they are a product of their decision to contest the lineout. The most effective way to defend the maul is, for me, based on a unified, pre-bound (both the opposition and to your fellow defensive maulers) counter-shove on the floor. You just can’t do this if you’re lifting a player into the air.

There’s no way to separate Connacht’s lineout contesting from their trouble in stopping the maul once it lands. That action is intrinsically linked and something that they will have chosen to live with pre-game. When you are defending a lineout position, your behaviour in the contest is related directly to your kicking game – how many lineouts do you expect to give to the opposition? – and your overall “power” levels.

La Rochelle, for example, wanted to conserve their power against Leinster in the recent European Cup semi-final so they didn’t launch any counter-jumpers into the air on Leinster’s throw as part of that strategy, choosing instead to (a) meet Leinster’s maul head-on if they chose to use that option and (b) prioritize their midfield hitters, hooker and defending flankers flexing into position to meet Leinster’s first and second phase strike plays. Connacht don’t really have the size or what I feel are the fundamentals to good maul defence to use a similar strategy, especially with Quinn Roux out injured at the moment with a neck injury, so the one way to compete with that size disadvantage is to use targeted counter-launches or multiple counter-launches to disrupt the lineout in the air.

In fact, if we go back to Munster’s narrow defeat of Connacht back in early March we can see Connacht doing just that – defending the maul by preventing it from forming in the first place.

In this regard, the selection of Ultan Dillane to start this week is a key component of Connacht’s defensive strategy. He’s one of the most explosive and intelligent counter-jumpers playing on the island at the moment with the wingspan to get his hands into slack throwing lines.

Connacht don’t want to be defending Munster in the maul for long stretches because, for me, they don’t have the size to do so effectively consistently. They also don’t want to just concede possession at the lineout either because Munster have attacking assets like Coombes, Stander, De Allende and Goggin running off the lineout that could hurt Connacht’s midfield trio of Fitzgerald, Daly and O’Brien.

So I think it’s a fair bet that Connacht will look to compete on a lot of our lineout possession – the keys will be how accurately they can get into our throwing lanes and how deep into their own territory that they will look to contest. If we look at that game against Leinster, Connacht were getting into the air inside their own 22 fairly regularly, even on throws you’d typically expect them to stay on the floor for.

If we can nail our throws early – and this has been a work-on for Rhys Marshall in the recent past – we can hurt Connacht in the maul if they over-compete. Even if Connacht stay on the floor, I’ve seen a few things that a good mauling side like Munster can attack.

When you see Connacht’s maul getting peeled around after a few beats of pressure, I think it’s down to a few key issues in their maul defence. For me, it’s their lack of a consistent pre-bind onto the opposition lift unit and their tendency to not bind on each other as they enter the maul coupled with some poor bracing positions in key areas.

How does this lead to peels? For me, when you don’t pre-bind on the opponent, you can lose the initial shove, which is crucial in determining maul outcomes. When you don’t bind on each other as you enter the shove, that can lead to (a) staggered entries which, in my opinion, dilute your overall power on defence and (b) give the opposition space to move laterally by finding isolated defenders and levering force onto them. Those isolations are made worse when guys at the edge aren’t fully “bracing” i.e. kicking their legs back into low, locked positions to literally brace against the opposition push. You can’t fully commit to the brace because, when you adjust your feet under pressure in a brace position you will always go backwards, but there’s a middle ground that will see your body low, your legs kicked back in a scrummaging position and pushing anywhere between a 90 and 45-degree angle.

Look at this Munster example and watch for the key points.

This allows Munster to defend a seven-man Ulster maul with only four defenders, and only add a fifth and sixth defender after Ulster start adding other numbers. The defensive power of the four-man unit killed UIster’s initial momentum so Munster were able to effectively defend with a forward in the sin-bin.

If Munster can get their maul rolling in this game – and they’ll need to get around Ultan Dillane to do it – then there will be options directly from the maul and on breaks off the maul.