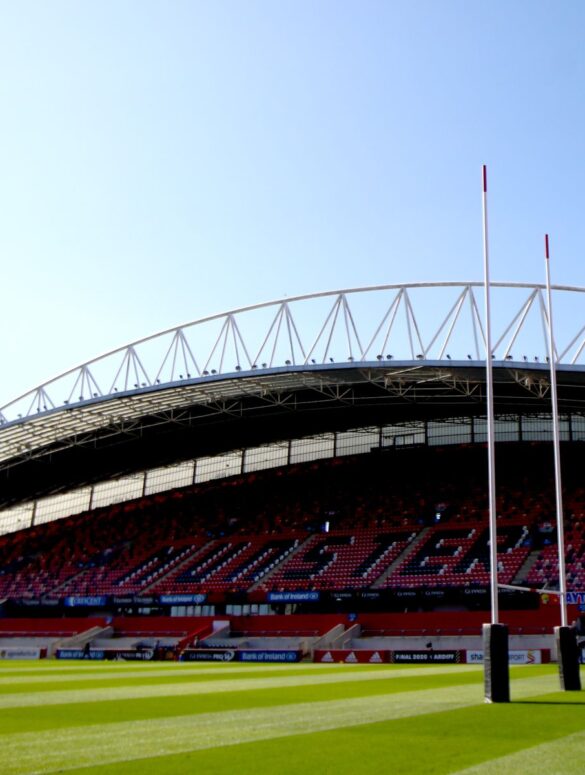 By Tom Savage6 min read
The events of the opening weekend of the 2020/21 Guinness PRO14 season have made for an extremely interesting second-round meeting between the teams that were only separated at the top of last season’s Conference B by a decisive result in Musgrave Park back in November 2019. Munster’s last gasp win against the Scarlets in Llanelli was a big momentum boost, especially when you consider that the game was played in a washing machine and we didn’t play particularly well in earning it. Edinburgh, on the other hand, were at the pointy end of a disappointing home loss to the Ospreys that punctuated a disappointing return to rugby for Richard Cockerill’s since August. That’s one win from four with three losses on the spin in Murrayfield.

So Edinburgh will be looking for a reaction. They appear to have gone as strong as they can, even allowing for injuries to key guys like Blair Kinghorn, Luke Crosbie, Magnus Bradbury, Henry Pyrgos and Viliame Mata. It isn’t all bad news for Cockerill on the injury front as he’s able to bring in Jamie Ritchie and Duhan Van Der Merwe after their recent knocks, the latter being arguably Edinburgh’s best player in the last two seasons.

Johann Van Graan, on the other hand, has shied away from the kind of “full strength” selection that many expected with youth sprinkled throughout the matchday squad at halfback, midfield and off the bench all through the pack. A lot of focus will naturally fall on the young core of halfbacks – Healy, Casey and Crowley – but there’s as much intrigue with Coombes, McHenry, Salanoa and Hodnett, in my opinion.

Make no mistake, this is a progressive matchday squad selection that will pit key young prospects against a strong-as-they-can go in-conference rival from the start and off the bench. 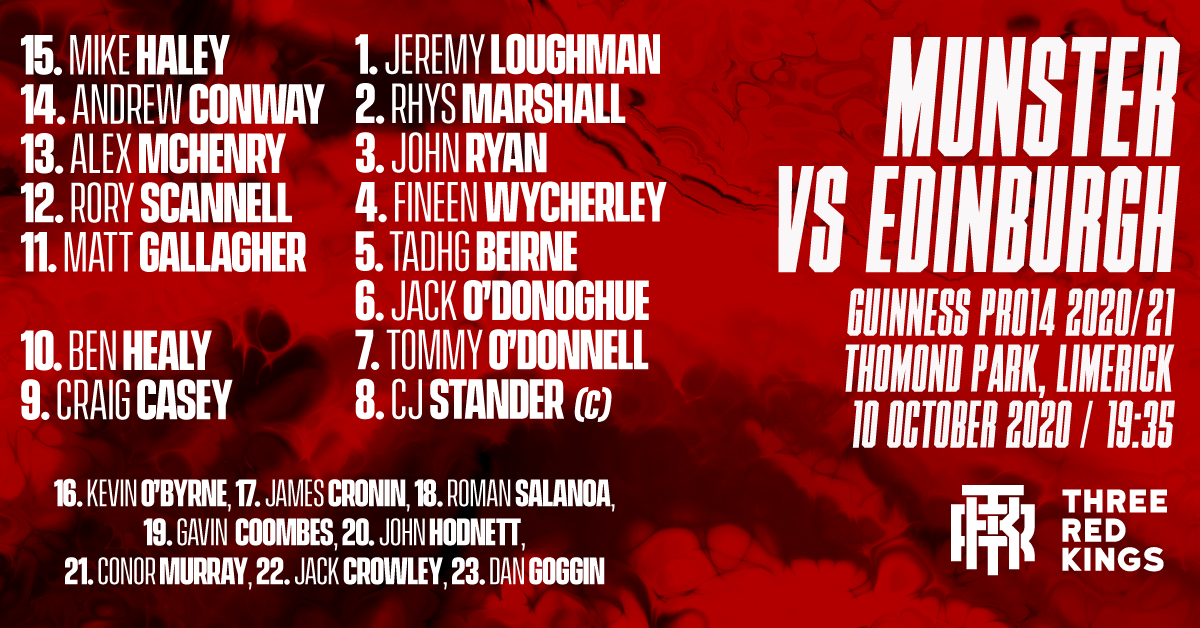 For Munster, the key will be working out where our winning of the game will come from.

When we look at the starting pack construction and the possible combinations off the bench, we don’t look designed to rumble around the corner with this Edinburgh selection – not by a long way. I’ve watched a lot of Edinburgh recently and it’s hard to put my finger on exactly what’s gone wrong for them. Richard Cockerill has spoken about a “lack of composure” and a need for leaders but I’d consider a faltering lineout, poor return from their kicking game and an inability to generate consistent attacking position as being the chief culprits. I had a deep run at their loss to the Ospreys last week but it was hard to look at anything specifically as the faltering lineout and poor return from the kicking game was compounded by handling errors and defensive flubs in despicable conditions up in Murrayfield.

Edinburgh kicked in that game against the Ospreys as much as Gordon D’Arcy thought Munster did – fun fact, of all the teams in the PRO14 last week, Munster kicked the least – and I suspect that kicking will be a large part of their game here. When Edinburgh play at their best under Cockerill they pressure the opposition into the kind of errors that brings their scrum into the game and allows them to progress the ball to game winners like Van Der Merwe. There’s no arguing that Edinburgh will be reduced with Mata, Bradbury and Kinghorn – three big players for Cockerill – but they will still be a dangerous opponent in this game.

Kicking loosely to Van Der Merwe and Hoyland is a recipe for coughing up tries on transition so the accuracy from Casey, Healy and Scannell in the early going of this game will be crucial in preventing Edinburgh from building into the contest early. Our discipline will have to improve from last week – without question – because Van Der Walt is a reliable goal kicker almost everywhere except the far-right touchline.

The key to beating this Edinburgh side will be in utilising the 1-3-2-2/2-3-2-1 shape that we saw at different points in the last few months and during the early and latter parts of the pre-lockdown 2019/20 season. Whenever I’ve watched this Edinburgh side I’ve noted a consistent weakness against that 3-2-X openside shape.

Here’s a small example from their second game against Glasgow during the PRO14 restart back in August.

It’s a phenomenal read and tackle by Mata but I’m more interested in the space Glasgow created at the edge of the Edinburgh defence on this 3-2-1 shape. 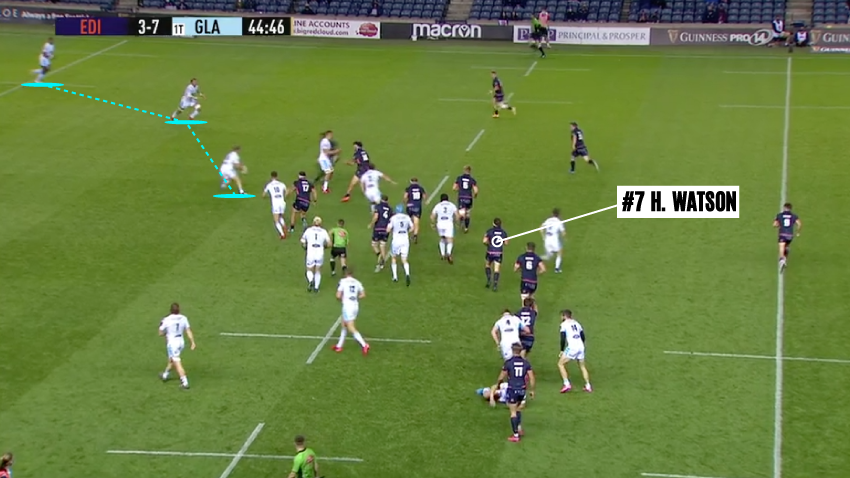 Look at where Watson is and look at how good Bill Mata’s read had to be to prevent this ball going wide for a big 2-2 isolation.

Against Munster, Edinburgh have selected Ritchie and Watson as their two starting flankers with big Nic Haining at #8. I’d expect Haining to be a primary centre-field defender with Sutherland, Nel, Toolis and Gilchrist. I expect McInally, Ritchie and Watson to fill in the spaces outside them with Van Der Walt and Hoyland dropping into the backfield. 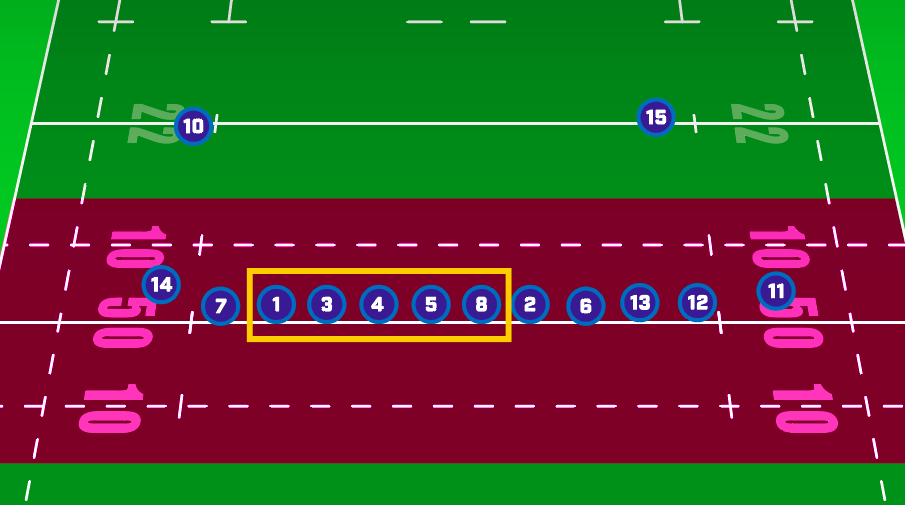 They’ll compress and extend if they’re closer to their own 22 but what I want to focus on is stretching this central defensive unit and stressing the joints between Haining, McInally, Ritchie and Watson.

Watch this progression of rucks against Ulster and watch how Watson tracks with the ball.

Watson will do this a fair bit because he’s one of Edinburgh’s primary jackal threats so he likes to buzz these short phases as they track across the field. He’s also one of their most mobile and widest-ranging defenders in space. Watson is a guy who makes good reads, has good lateral speed so he’s not easy to cut out and has a really strong straight-line blitz so he makes solid hits well behind the gain line. But when you drag him away from the big openside and pin Watson to a wide ruck like this, it means more pressure on McInally, Haining and Ritchie to fill the space covered by #8 Bill Mata on the below play a few minutes later.

Ulster’s 3-2 shape opened up that same space in the wider channel and gave Stockdale, McCloskey and Lyttle some room to make a play for a good gain.

Look at the same space another 3-2 screenplay produced later in the half.

If Munster can get a good screenplay going on the 3-2-X shape we’ve used all season, we can create opportunities to isolate Haining or McInally in central positions. The three-pod has to screen the #10 or handler into enough space that they approach the defensive line off the screen with the last centre-field defender in front of them. That will bring Ritchie and McInally off the line onto our Two pod – Stander and O’Donoghue or Hodnett – and that’s when we’ll need accuracy from the handler to find someone like Haley or McHenry running a hard line at the space between Ritchie/McInally and Edinburgh’s slightly undersized midfield duo. Taking Watson or Ritchie out on the other side of the field by dragging them through a few same-way carries off #9 will be vital to creating the space that will be there if we use our 3-2-X shape correctly.

We’ve also got a few kicking schemes that I feel could work on Van Der Merwe’s side – when he’s blitzing and covered by Van Der Walt in behind, in particular – but keeping the ball in hand and working our passing game to what we saw in that Connacht A game looks like the best course of action for me.

This is a big test for this young Munster side but I’ve every confidence they can do the job.