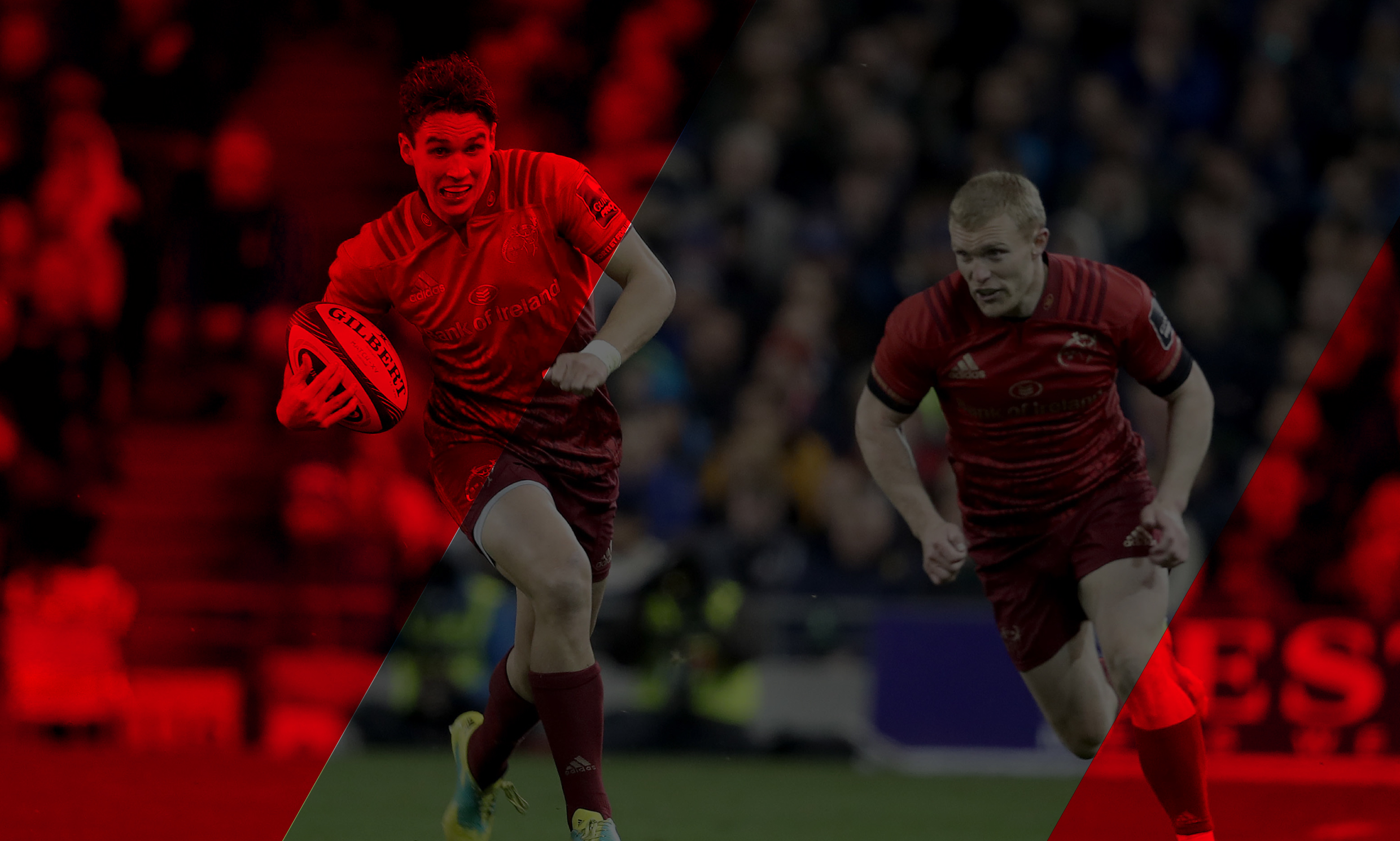 I’ve watched a lot of Leinster over the last 18 months.

Have a look at my Red Eye from October, and then my video at their lineout issues, and, if you’re still up for it, you might have a read of my GIF Room from Munster’s defence in the aftermath of our win over Leinster in December. So yeah, I’ve watched them a fair bit.

And so has everyone else. That’s been a problem for Leinster but it comes from being the Big Dog in Europe – you get a target on your back. Being the gold standard in Europe for a whole year means that opposition analysts and coaches will be poring over everything you do. They’re either looking for an edge when they face you or an edge that might help them when they face everyone else. That’s what happens when you’re the king in this game – everyone tries to tear you down. Saracens managed it last weekend but can Munster manage the same this weekend?

One way or another, on Saturday evening we’ll know.

Have Munster learned the lessons of last season in the RDS? Have they enough in them to overcome the former European champions on their own patch? One way or the other – Saturday will tell us a lot.

Lose and Munster will have to go back to the drawing board once again. Either way, changes are coming to Munster Rugby this summer on the coaching front, so Munster will look slightly different next season regardless, but very rarely in this game do you get a year on year measuring stick. This time last season, we looked more than a little frustrated as Leinster edged out a one-point win in the shimmering after-glow of a fourth Heineken Cup win. That will rankle with Munster, as will watching Leinster contesting another final this past weekend. As yardsticks go, how about this one? This season, Munster will be facing a hurt Leinster side looking to banish the ghosts of their first ever European final loss. It’s hurt vs hurt.

Who’s hurt will get the job done?

Leinster have gone a little light in a few areas – the reality of last week’s bruising Heineken Cup final – but they are more than strong enough to get the job done here. 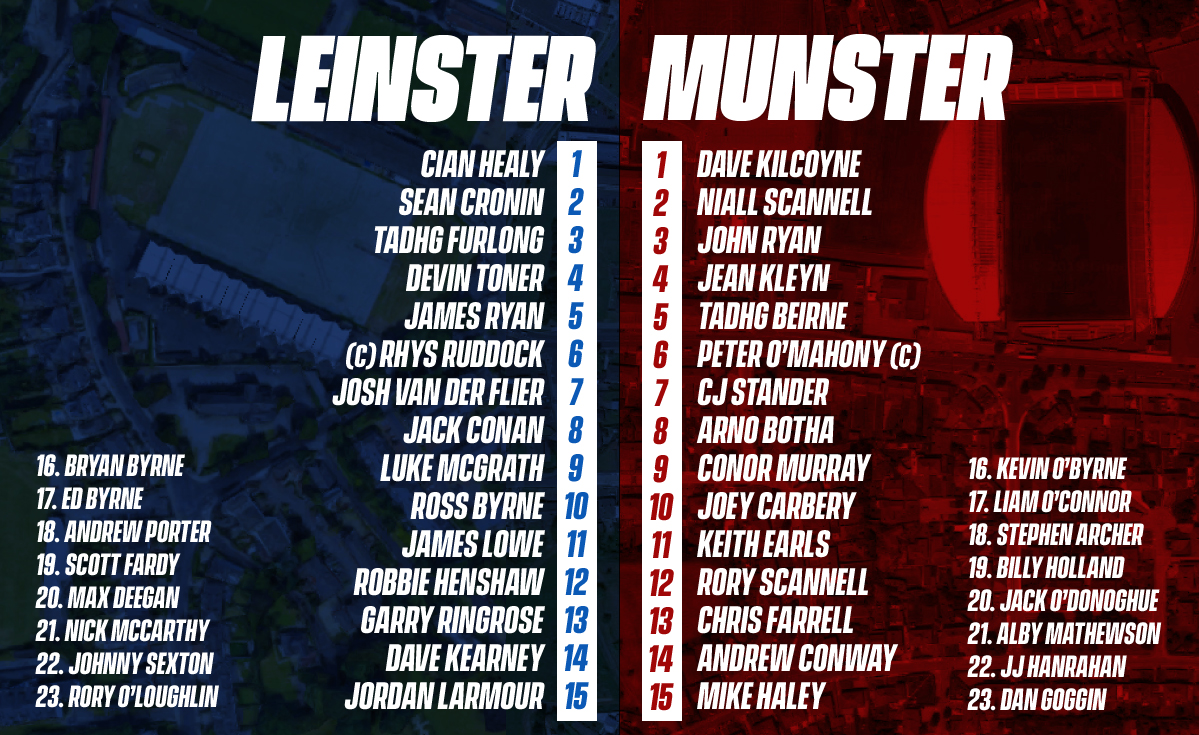 I’ve decided to change this up slightly. I’ll be assessing specific facets of the opposition’s set piece, defensive structure and other stuff in the Blood & Thunder Podcast – and here – so here I thought it would be cool to show where I rate the opposition as a whole in a European context as first choice units and then, depending on the how far away both Munster and the opposition are from what I would consider “full strength”, how the teams actually taking the field rate against each other.

The selection of CJ Stander at openside in this game is the most eye-catching selection in yesterday’s teamsheet. For today’s game – and maybe going forward – you should maybe forget about the roles of “openside/blindside” as they traditionally apply and look at them as “flankers”. In a lot of ways, the selection of Stander on the flank with O’Mahony on the other is a very South African style pack build.

If we define the openside as the player who packs down on the open side of a scrum defensively and offensively, then this is not an unusual position for Stander. He’s been filling in this role for most of the season whenever Arno Botha has come off the bench.

Here is doing it against Leinster back in December. 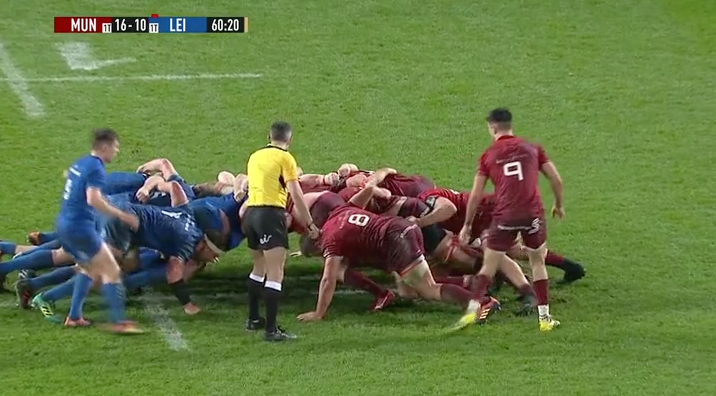 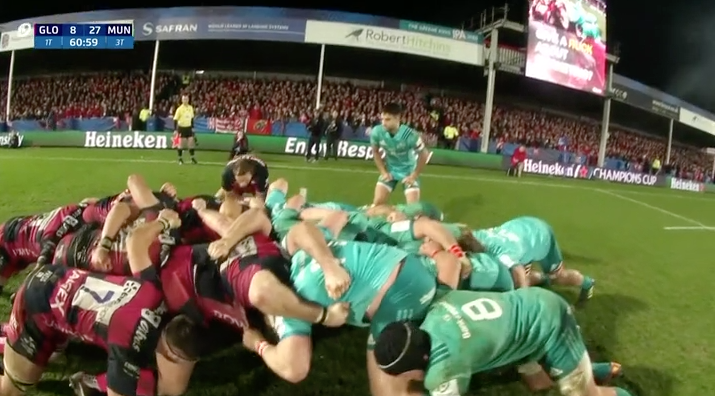 If you go back through the season you’ll see similar on multiple occasions in the latter part of games. So why have we gone with this from the start?

Stander has good pace off the side of the scrum, so we don’t really lose anything there on first phase which is where any openside flanker makes the most of his money. He’s a very good rucker and his support lines to the breakdown are clean and straight for the most part.

From an interpersonal point of view, Botha and Stander seem to play quite well with each other.

This is a good example of how we can play with both men on the pitch. Botha is an excellent carrier of the ball and, after Kleyn’s heavy pinch line on the A/B defenders, Arno can attack space, draw defenders and then offload to Stander for a big gain. That tracking support line from Stander is fairly typical of the kind of lines he runs when he’s not the primary ball carrier, and it makes him a very dangerous option.

Arno Botha starting will, in theory, help us get the best out of Stander and, interestingly, the rest of our wider carriers.

Botha is a strong carrier of the ball off the base of the scrum and is equally comfortable hammering the line in the hammer/strike/run zones.

If you break down where our forwards ball-carrying threats are most effective – let’s forget about jersey numbers for the time being – you get a breakdown like this.

That’s pretty ideal, for me. You have two excellent wide handlers/carriers in Beirne taking wide support roles, with CJ taking up a wider carrying position. He’ll slot in and out where necessary, but with Botha, Kilcoyne and Kleyn providing heavy carrying around the Hammer Zone, Stander is mostly free to take up a wider position away from the ruck.

The key for this kind of structure is that your hammer carriers on one phase will be your strike and run carriers on the reverse, so they have to be adaptable or you’ll be constantly reshuffling your resources as phases develop.

Let’s have a look at this phase sequence as an example.

That’s a big carry from Farrell in a great area for him. He’ll be in positions like this today and that kind of carry – hinging onto a squared up pass from Scannell – can give us excellent big opensides to work with. Botha is a ruck support player on this phase.

After the wide position has been earned, look at our structure. 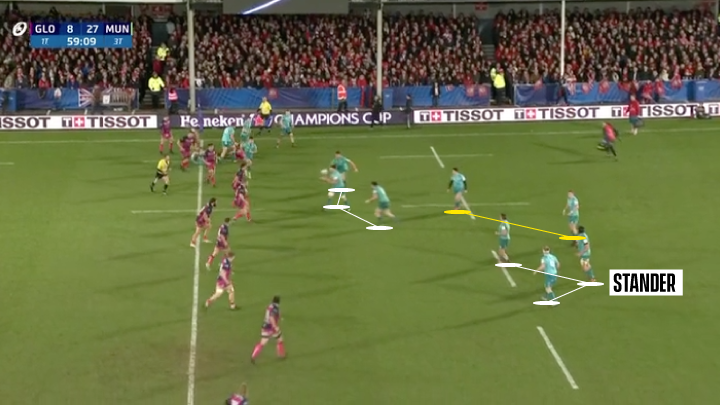 Keep in mind that O’Mahony has been forced off at this stage in the Gloucester game so our structure is slightly different. Holland carries the ball up at the edge of the hammer/strike zone with Kleyn and Scannell in support. Kilcoyne, Stander and Ryan make up a wide pod in midfield.

Look at how much more effective Stander is when he’s hitting defenders outside the “C”.

That’s a very decent carry of the ball. Carbery is key here too because Gloucester have to account for him whenever he takes the ball, regardless of position.

You can see Beirne taking up the O’Mahony wide role on this sequence, but I’d imagine he’ll be closer to the middle of the field today. Botha has already reset at the top of the image. 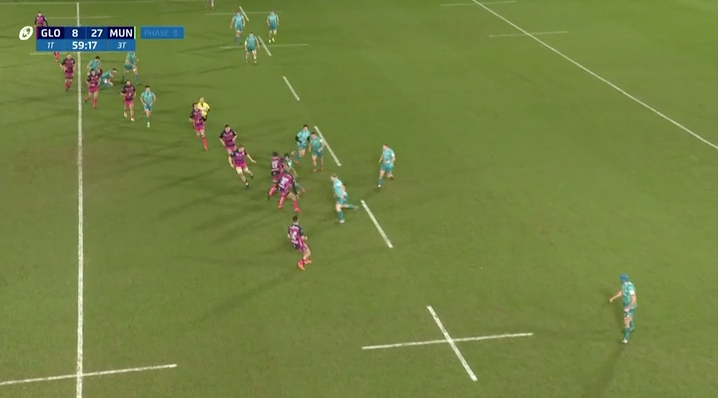 When we come back across, we have our heavy hitters arrayed in such a way that there is a wide-ranging “umbrella” of threats for Gloucester to worry about.

When the ball makes its way across to Botha, you have a Hammer Zone heavy carrier running into outside backs and making dominant gainline. Who’s the next option after that? Chris Farrell.

We were unlucky not to score a try but there were so many options.

With Botha on the bench, our threats look like this from the start with, for example, Chris Cloete at openside.

This can work, sure, but it needs more expansive phase structure and makes it more difficult for us to carry the ball in the strike zone area, which hurts our migration across the field phase for phase. When we have this kind of structure, I think we end up over-using Chris Farrell as a primary ball carrier and that lessens his impact where he can be lethal for us.

Beating Leinster won’t be easy. We need something different to get us over the line from last season. Loading our ball carriers from the start seems like a good decision to me because it allows Stander to play a role similar to the one he played for Ireland during the Grand Slam season with a few small tweaks. In a lot of ways, he’ll be playing a role similar to Dan Leavy’s heavy openside game from that season and I think it’s something that can be massively effective, especially against a Leinster side feeling the bruises from last weekend.

I’m looking forward to it and you should be too.