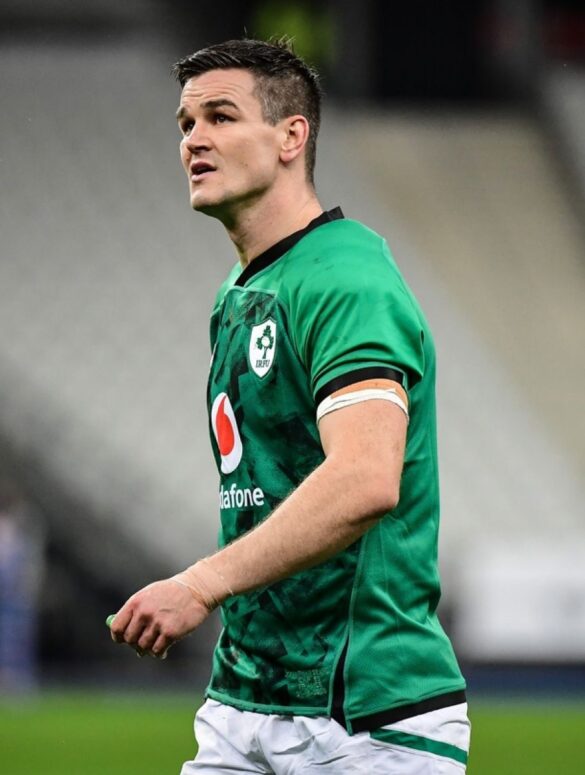 By Tom Savage6 min read
This is a game that Ireland cannot afford to lose and not because defeat would mean a fourth-place finish in the prestigious Autumn Nations Cup 2020. That doesn’t matter. What does matter, at this point in Andy Farrell’s tenure, are Good Vibes. Good Vibes amongst the general rugby populace are the currency that coaches use to extend their stay at a club or test side. I used to think that wins were the primary currency of coaches but that’s too reductive. Ireland won last week, after all, but that win didn’t produce Good Vibes.

Maybe it’s the meds talking – it is the meds talking – but I think that top-level rugby coaches exist in a balance between expectations and the quality of the delivery on those expectations. Ireland are expected to beat Georgia but merely beating them 23-10 isn’t enough – there has to be an element of style and control in achieving that result to produce the desired outcome. Producing a result without the desired style can be excusable once or twice but when you look at it in the context of the last two years from the peak of decisively beating the All Blacks in Dublin in 2018 to losing decisively to England (x4), Wales, Japan, New Zealand and France.

This decline was evident under Schmidt but it has continued under Farrell but the one constant during this time has been winning over Scotland, who we haven’t lost to since 2017 and haven’t lost to in Dublin since 2010. If anything, our wins over Scotland since that victory over the All Blacks in late 2018 have been false dawns, of a kind.

So if we go by my Good Vibe theory, imagine the vibes that would follow from a loss at home to a side that we’ve beaten consistently even as we’ve declined in our performances relative to the very best in the test arena?

Those would be bad vibes and if you stack up enough of those, anything can happen and it’s rarely good for the incumbent coach. 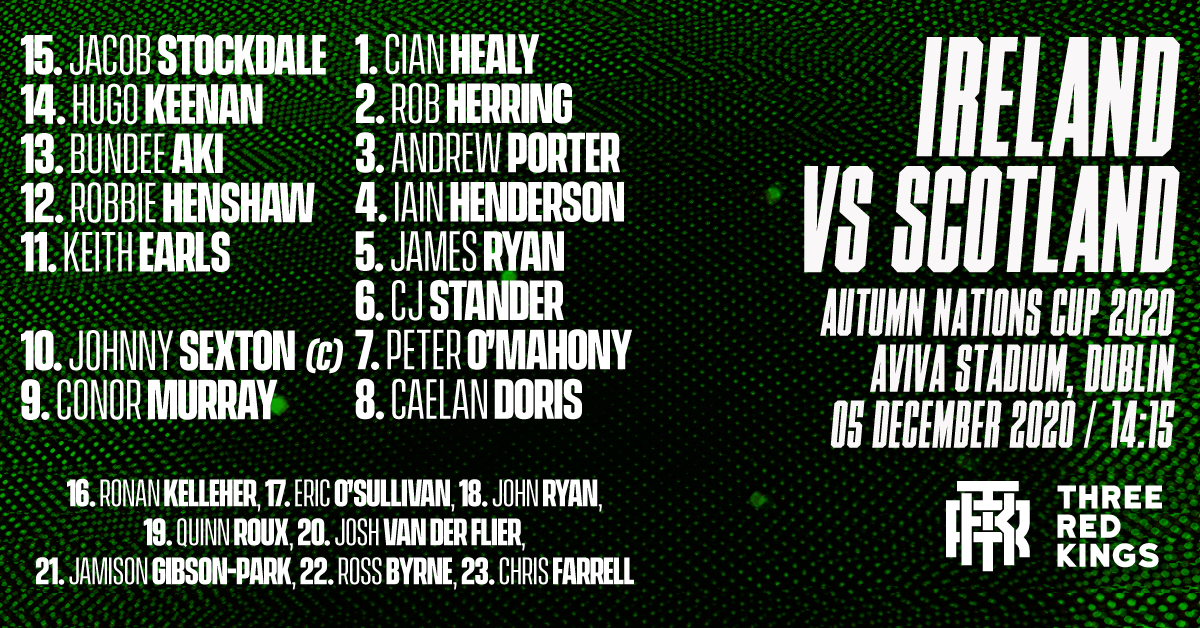 The recipe for beating Scotland has stayed mostly the same for the last few years.

Kick the shit out of them.

I feel there’s a danger in overcomplicating the route to victory in this fixture and victory is what we need at this stage. Style points can wait and if I’m Andy Farrell, the best vibes I could hope to attain this weekend are the vibes at the end of a routine win where Ireland are never under huge scoreboard pressure going into the last 20 minutes. It’s possible that Farrell and his team are instead focusing on ways to get into a firefight with Scotland in the wide areas – to play “expansively” – but I don’t think we’ve selected a team to do that.

This looks like an Irish side that’s built to engage and dominate Scotland in the key area of the field in this game – centre-field. 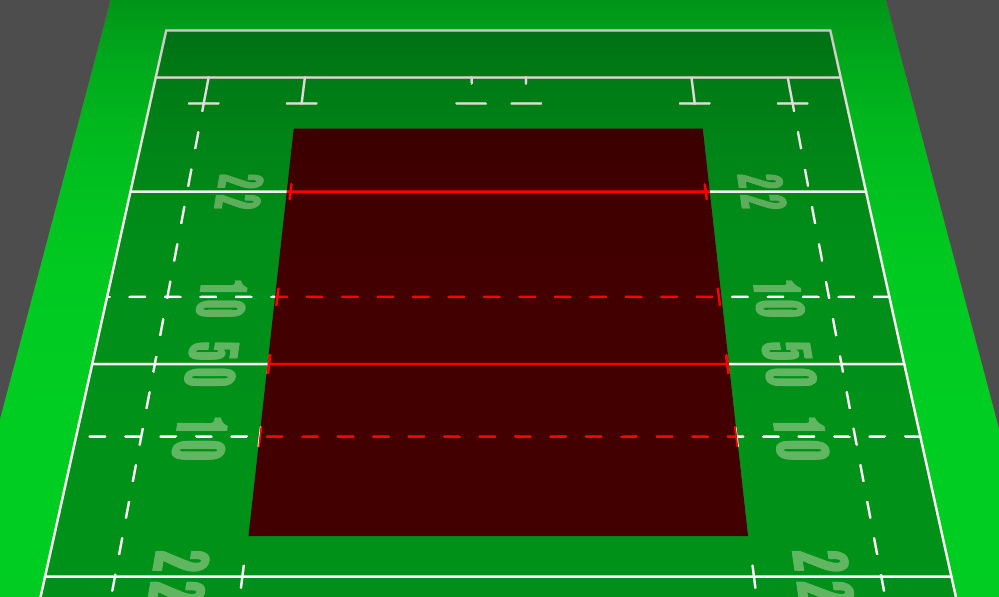 I’ve spent a lot of the last few weeks looking at Ireland’s 3-2-X system and how it is inherently based on using width offensively by forcing width and uncertainty on the opposition’s defensive line. The more I see Ireland’s implementation of the system, the more I feel it needs a definitive second handler to fully unlock the options that come with it – maybe that’s a fit Gary Ringrose, maybe it’s Jacob Stockdale letting his hands go as he did against Georgia, maybe it’s someone else – but I’m not sure if playing with full extension is the sensible play here.

Any time I have watched Scotland lose, it’s been because of lost forward collisions in that centre-field area that pressurise their wider defensive alignments.

Here’s a good example of that principle coming in the direct aftermath of a Scottish kick to pressure exit;

They chose to kick over the top for Vakatawa in this instance – a common French/Racing 92 play – but the scope was there to put the ball through the hands.

If you look at the vast majority of France’s ruck progressions against Scotland in Murrayfield, you’ll see tight carries off #9 until they find the edge of the Scottish forward line and, at that point, they released the ball off a handler for a strike at vulnerable Scottish backline.

If Ireland can maintain a tight three ruck progressions with an active ball-carrying rotation in the front five – I’ve marked out Henderson and Ryan for carries on ruck two and three after an initial wide ruck set up – there will be options in the wider spaces if our forward carrying rotation can drag in two/three Scottish forwards around the collision point on two consecutive phases while maintaining the gain line and producing relatively quick possession.

When we see Van Der Walt or Harris stepping in to guard a ruck while the defensive forwards from Ruck Two come across the field, that’s when we can slide across to hit Target A or Target B.

If you successfully bind in the bulk of the Scottish forwards without losing gainline, while only using three forwards per contact and staying sub-three seconds on your ruck recycle, there will be options in these wider zones but it doesn’t happen without your primary ball carriers winning collisions – that means Ryan, Henderson, Stander and Doris (in particular) cycling between tight collision winning and wider functionality. Doris, in particular, has to show up as a guy who can do both; I want to see him dominating off #9 and stretching his legs off #10 during phase play.

None of this will happen without a functioning set piece and I think Scotland have picked a side that will look to spoil our launches at the source. If we can get decent clean lineout possession, we have the players to hurt Scotland physically. If we’re playing off poor quality lineout ball and poorly constructed mauls, Scotland have the ability to stymie our progressions. I don’t think we will have as much possession as we have had in the last two games, so our use of possession has to be focused on what will work rather than executing a systemic plan based on what we would like to look like.

Our discipline and effectiveness at the breakdown is vitally important if we are planning to roll across the face of the Scottish defence. If we start conceding ruck entry penalties or botch the timing of our cleans to give up jackal opportunities, we’ll find it difficult to build sustained pressure.

The win should come but a lot will depend on the ball carrying impact provided by our primary rotation of Henderson, Ryan, Stander and Doris multiplied by our set piece efficiency. If it all goes well, we’ll see Stocksale, Henshaw and Doris having big, visible games with multiple on-ball involvements. If it doesn’t, I expect we’ll see Sexton hitting more traffic than is optimal, a lot of defensive kicking and a much closer game than Andy Farrell might like.

That doesn’t mean we can’t win playing another way but I think this is the best way based on who we’ve selected.

Let’s see what we get.