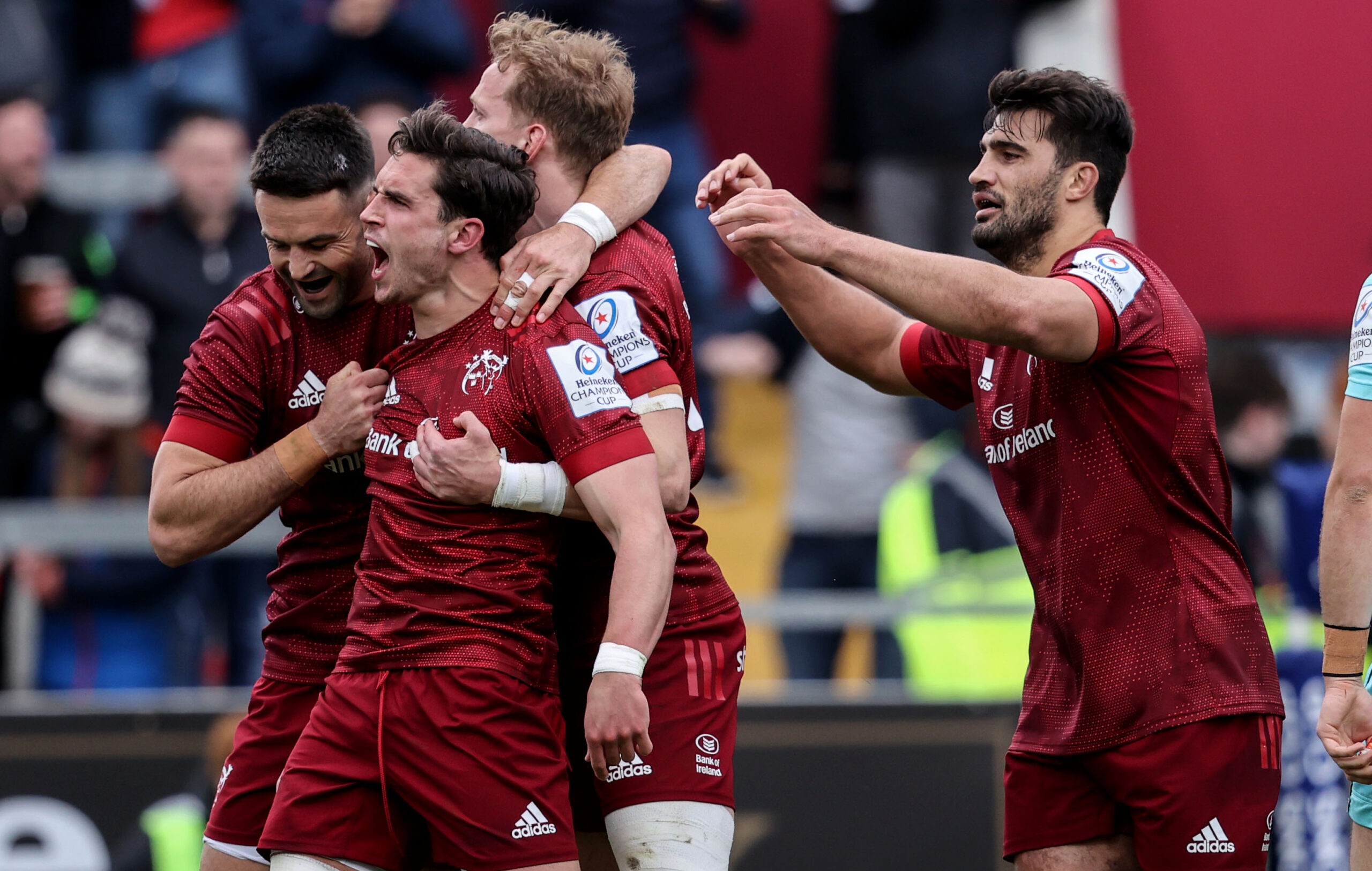 I went back and watched Munster’s defeat to Toulouse in the Heineken Cup last season during the last few days. I have a few observations.

Firstly, is it really only a year since Stander and Holland retired? Time is weird since the start of the pandemic. It feels like two or three years ago. Anyway.

Secondly, that game last season was really, really close and, at the same time, not quite the one-score game the scoreboard and the stats might suggest. On paper, the margins were razor-thin. We had 148 carries, they had 146. We passed the ball 162 times, and Toulouse passed it 165 times. We scored four tries each. That doesn’t tell the whole story, though. Between the 48th and 55th minute, Toulouse replaced SIX of their starting pack – they basically emptied the entire six of their 6/2 bench split – and that power boost supercharged the soon to be European champions. Munster, on the other hand, had already lost Beirne to an injury in the first half (to be replaced by a 35-year-old, 6’3″ and 112kg Billy Holland) and didn’t make forward replacements until the 60th minute.

Toulouse rolled on an enviable array of size and power to boss the remaining 40% of the game. We were making changes with generally smaller men with 25% of the game to go. Why did we do that then? We were trying to outpace the giant Toulousain side. Ride the punches, rope-a-dope to an extent and then exploit what we hoped would be a tiring opponent coming up to the final whistle. When you want to do that, you make the bulk of your changes ahead of the final 20 minutes. 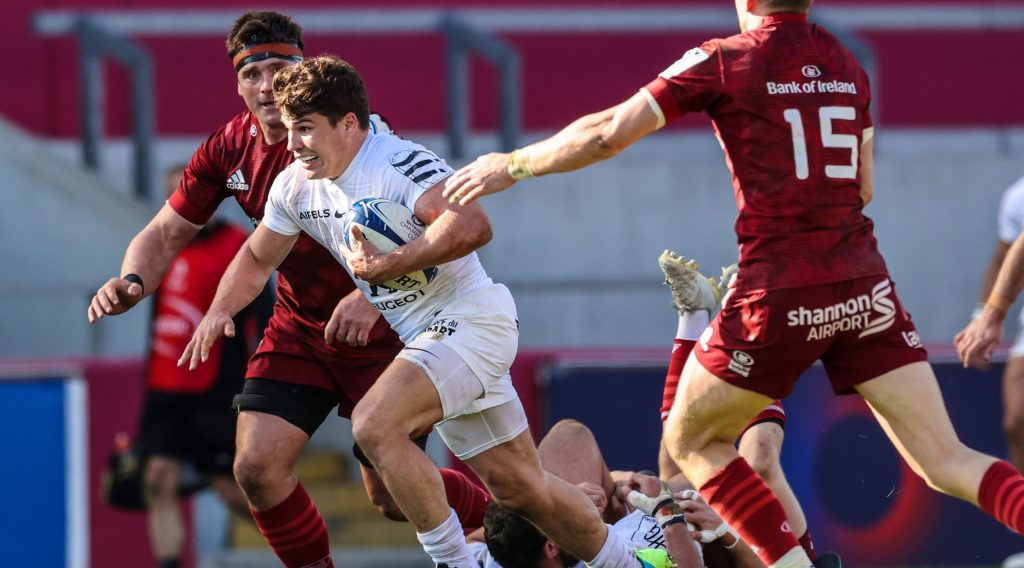 Toulouse made their changes when they did to boost the power levels early and give themselves a defendable lead heading into the end game. They have bigger players who hit harder but who tire quicker so Toulouse will often make changes before they get into the red zone from a cardio POV. In that game last year, they knew that their power advantage would be better served early anyway, despite any worries about cardio, to double down on their collision dominance and weight in the scrum/maul. They knew we would try to push their cardio so they moved early in the game to preserve the physical edge they had.

Even then, our management of the end game left a lot to be desired back then. Murray played 75 minutes – which I get, given Carbery still wasn’t up to a full clip after his 18-month layoff and only played 62 minutes – but it meant the game-changing pace of Craig Casey only had five minutes to take any effect. The game was gone soon after. Toulouse braced out against Munster’s schemed late push and managed to kill off the game with two late Dupont tries. 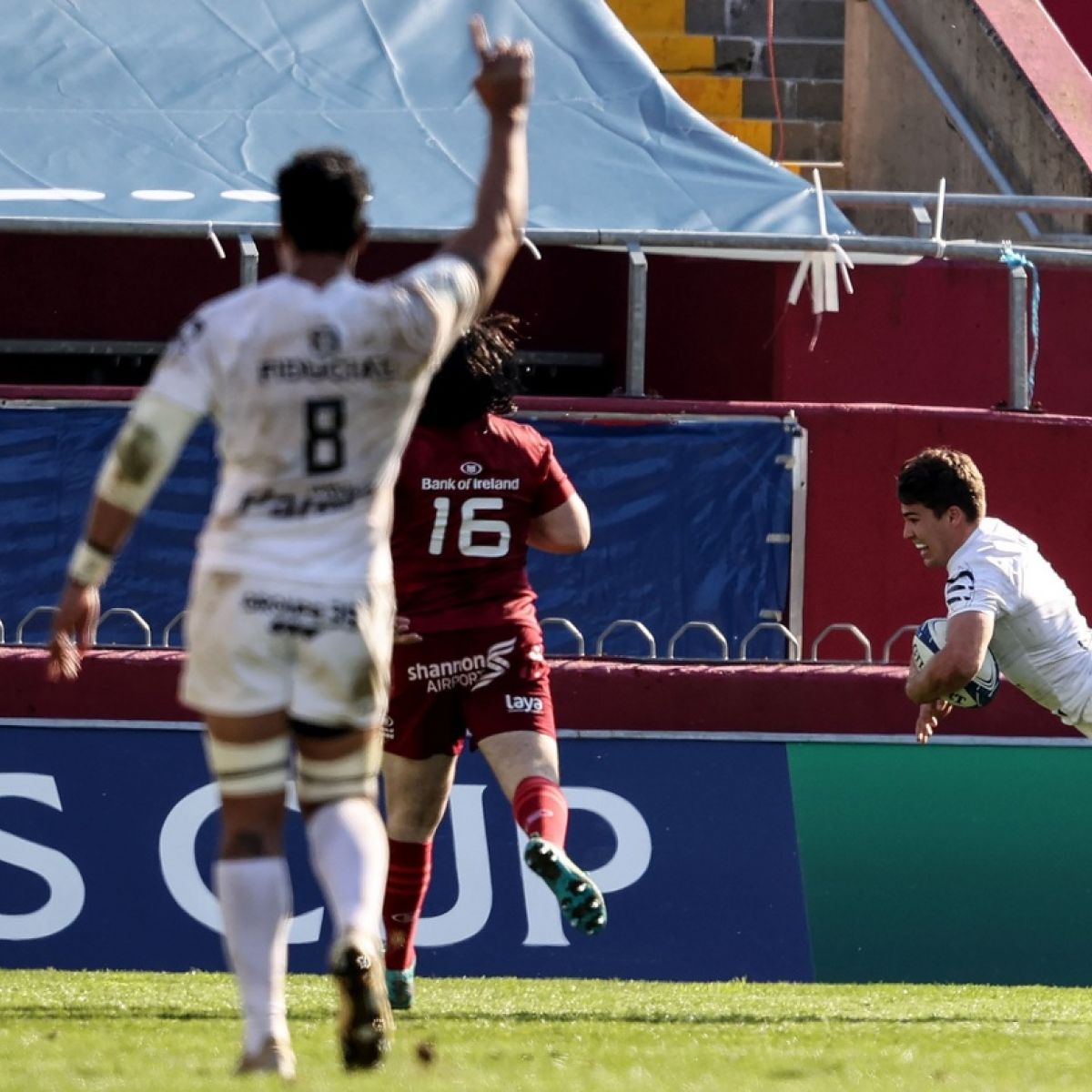 The thing is with Toulouse – why they’re so good, why the French national side is mostly built around them – is that they can beat you any way you want to go. Kick long to them? They’ll hurt you on transition. Try to run over them? They’re bigger than you. Try to play an off-ball game against them? They’ve got power in the carry and real weight at the breakdown. They’ve got height in the lineout to hurt your launch. They’ve got heft in the scrum to drain you and hurt you. And if that wasn’t enough, they’ve got game-breakers in Ntamack and Dupont that can pull a rabbit out of a hat if they need it.

But they are not unbeatable.

We have seen that already this season. Toulouse have lost to Wasps away, laboured away to a Cardiff side that looked closer to a Welsh Premiership side, lost to Ulster at home and have, by all metrics, not been the Toulouse of last year – so far. I’m not stupid enough to think that the air has been let out of the Toulouse tyre but there are loose threads to pull at that maybe weren’t there last season.

Are we capable of pulling on those threads hard enough to make a hole? We’ll see.

Toulouse reckons they are onto a winner already with the game moved out of Thomond Park but I’m not sure if it stands up to scrutiny. Thomond Park is only intimidating because of us. Without us, it’s just a place. Last season’s game played out in front of empty seats, tarps and a few seagulls. An Aviva Stadium full of 35k+ Munster fans that answered the call that went out three weeks ago is a very different story.

How much of an effect will a huge home crowd make on a day like this? Toulouse were able to supercharge their performance last season with a big bench rollout. How much energy can the Red Army supercharge into Munster in this game? Will it make a difference?

Let’s not die wondering about that one, eh? 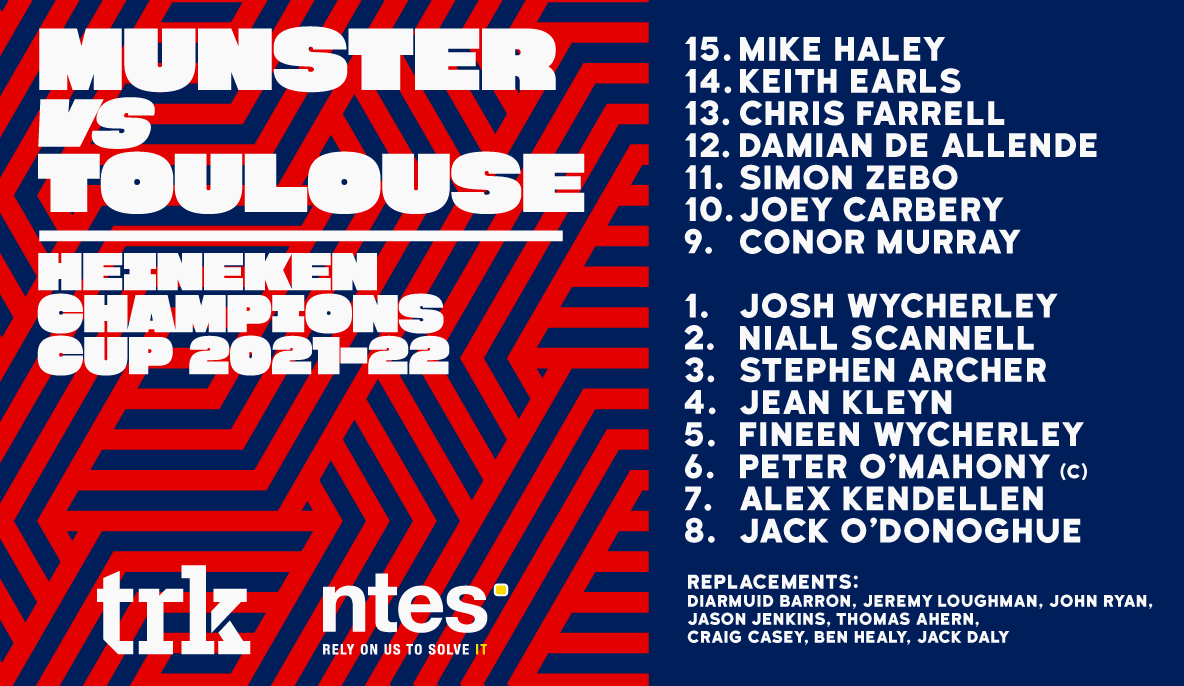 There was one moment in Toulouse’s late, narrow aggregate win over Ulster in the Kingspan Stadium that got me wondering about where one could possibly get at the European champions.

It was in the 52nd minute. Ulster had just won a penalty that stretched their aggregate lead to six points but it was how they won the penalty that interested me.

Ulster used Toulouse’s size advantage in the forwards against them. Look at how Ulster kept working the ball in a 30m square of space to cluster Toulouse and almost bait them into aligning their big lock/prop pairing to the narrow openside.

With Toulouse doubling down on that size with a three lock pack build, the effect is exaggerated. Compress Toulouse off the maul – or on the phases after transition when they boot the ball long down the middle of the field – and you can start boxing their front five in and then fanning out when you can trap one or two of their big hitters in a ruck.

This same issue affects France too but they are covered by Moefana/Danty and Fickou – excellent and mobile midfield defenders. Toulouse currently do not have the same luxury. Ahki is a big hitter, don’t get me wrong, but he can be dragged out of position relatively easily on longer sequences and Pierre Fouyssac, his midfield partner in this one in the absence of Guitine, is incredibly inexperienced at this level.

When you spot this in Toulouse once, you realise it’s there in every game.

You don’t necessarily have to dominate Toulouse in the tackle to produce this effect – they will do it regardless to stuff your collisions and attack the breakdown – but you have to provide variety to stress Aldegheri, Neti, Arnold, Meafou, Elstadt and Flament.

Toulouse are practically playing a four-lock pack build here and they will look to do to our lineout what they did to Ulster’s to prevent us from launching to De Allende and Farrell, who they will be deeply concerned about off the maul break. They are doubling down – quadrupling down! – on the size advantage that won them the game last year so I think this is a possession heavy side. They want to force us into early penalty concessions at the defensive breakdown and take the crowd out of the game inside the first 20 minutes. What they don’t want is Munster probing at that space from heavy pillar to lead defender with tip ons, inside balls and stress plays that attack Ahki’s positioning, Ntamack and Duponts blitzing under pressure and the space they leave in the backfield behind Dimitri Delibes, who I think can be attacked through his read of Carbery in the screen. Look for a couple of kick feints from Carbery early on to test Delibe’s reaction.

It’ll be difficult. That’s an understatement, actually, it’ll be insanely difficult. It’ll be beyond intense. It’s the biggest Munster game in years with the guts of 40,000 people attending and, if you’re going, be loud, be proud be the crowd you wish was there.

And remember what the Brave & the Faithful think of “impossible”.