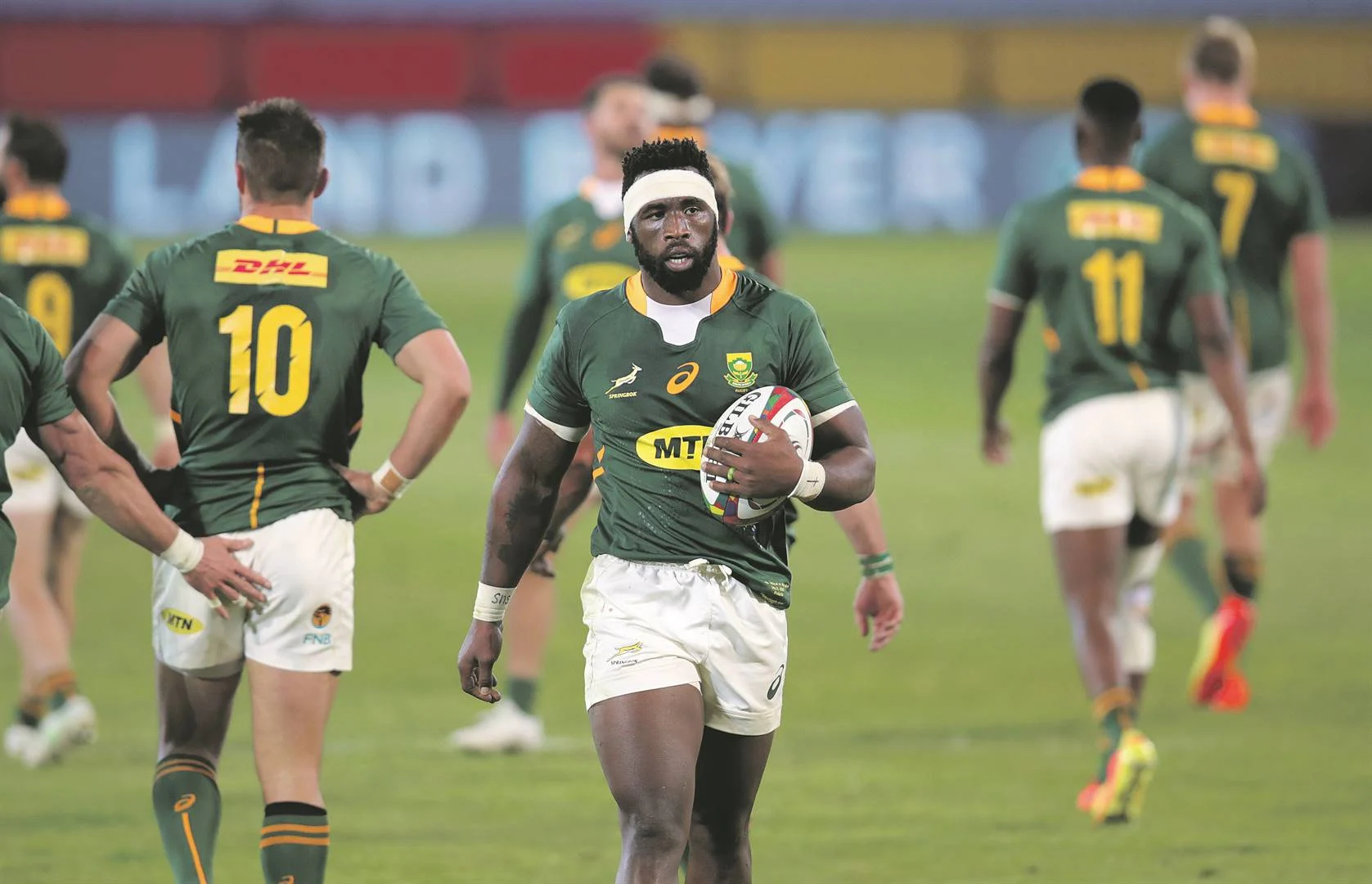 It’s been a hell of a week.

When the whole rugby world was putting together their Lions squad for the first test – me included – Warren Gatland and his coaching group were locked away concocting a team that very few would have predicted 100% pre-tour or, being charitable, even earlier this week.

It was far from a simple process, as Gatland himself alluded to in the press conference on Wednesday.

“I can tell you that not one of the coaches got the 23 they came along to the meeting with. To give you an idea, in the forward pack we had four of the same eight and, in the backline, we had three of the same seven between the five of us.

“In previous tours you would probably go into the meetings and have a consistency of 19-20 players that everyone was on the same page about. But there were so many players who made this selection really difficult for us.”

In one way, that’s a good thing. When Warren Gatland said that places were up for grabs in successive warm-up games, it was actually true, as opposed to just something you say, as it plainly was in the previous tours according to the above quote. That shows a competitive squad with plenty of active depth charts. 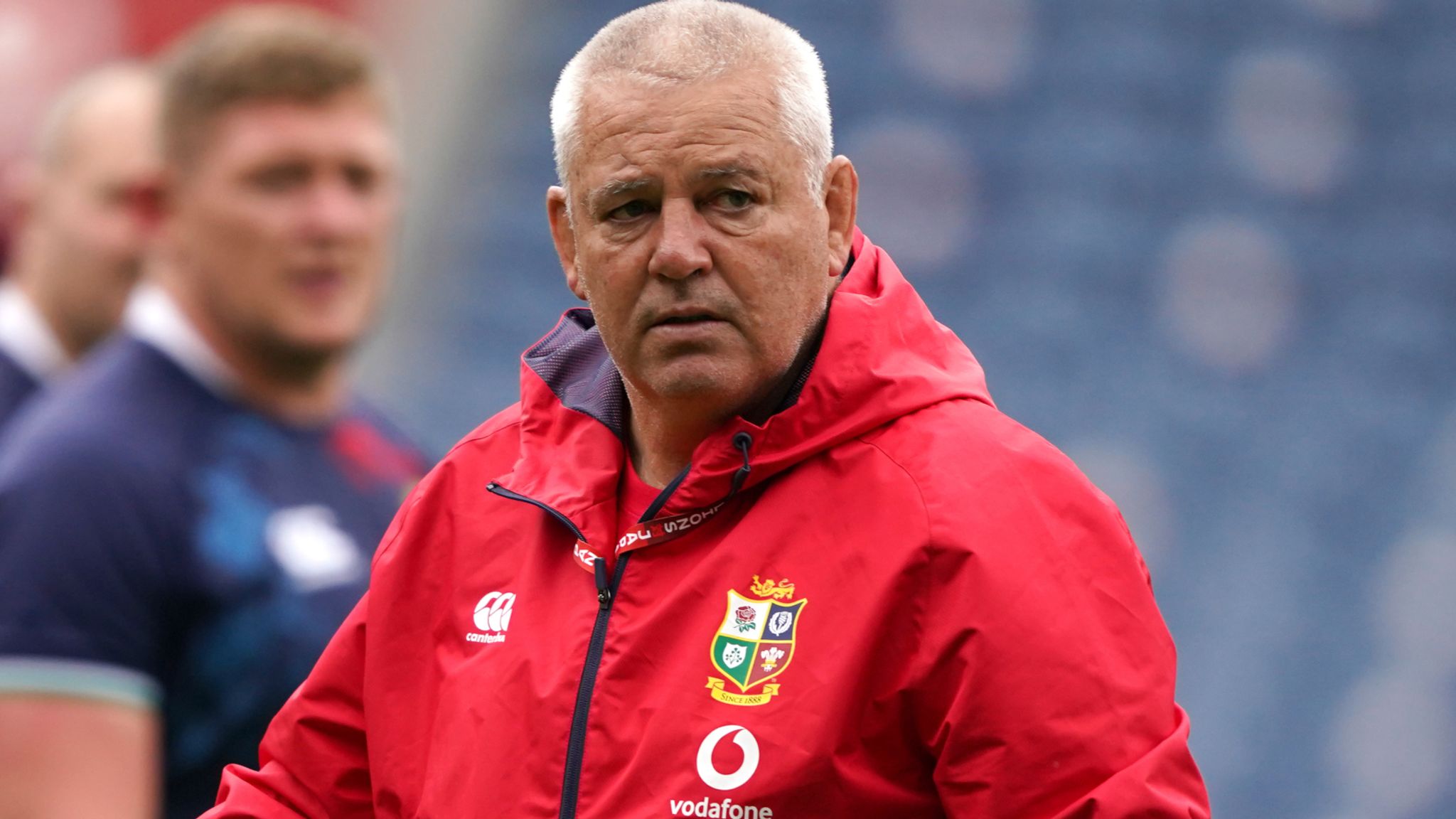 In another way, though, I do find it concerning that the Lions have been together for four weeks now and when it came to naming a team there was such a wild variance in opinion amongst the coaches that the head coach felt the need to mention it in a press conference called a day early because of a leak to the press. Why didn’t the coaches know the majority of their team by week three? Why have the starting halfbacks only 20 minutes of game time together? Why does the starting midfield pairing only have 57 minutes onfield together from the last weekend? Why have the rest of the team not played a single second alongside each other on-field all tour?

When you are coaching a team to play in a certain way, you do so on micro and macro levels. At the micro-level, you are coaching individual team units, like scrum and lineout, exit plays, set-piece strike plays, etc and working them into the overarching scheme on the macro level; basically, at a big picture level, how are we playing? Are we a low possession kick pressure force error team? Are we a high possession, break you down team? How you choose to play demands reliance on certain players to fill the roles required. If you are a low possession, kick pressure team you need players that can kick accurately, wingers who can chase effectively, big and mobile defensive hitters to pressure the opposition as they reset after the kick and a massive scrum to attack the many knock-ons that come from that way of playing. Does that sound like a team you know? That clarity of thought is a valuable asset because it gives you certainty of selection. The Boks knew what the majority of their team selection would be, barring injury and one or two system selections, to start and to finish.

To read that the Lions coaches had such a wildly different picture of who should start and bench coming into this test suggests to me that there is a bit of disconnect between different unit leaders on who is best to fill certain roles and how best to manage the different segments of the game. That can be a good thing or a disastrous thing. I don’t think there’s a middle ground.

You won’t beat the Springboks without it.

Do this group of Lions have it? I guess we’ll find out. 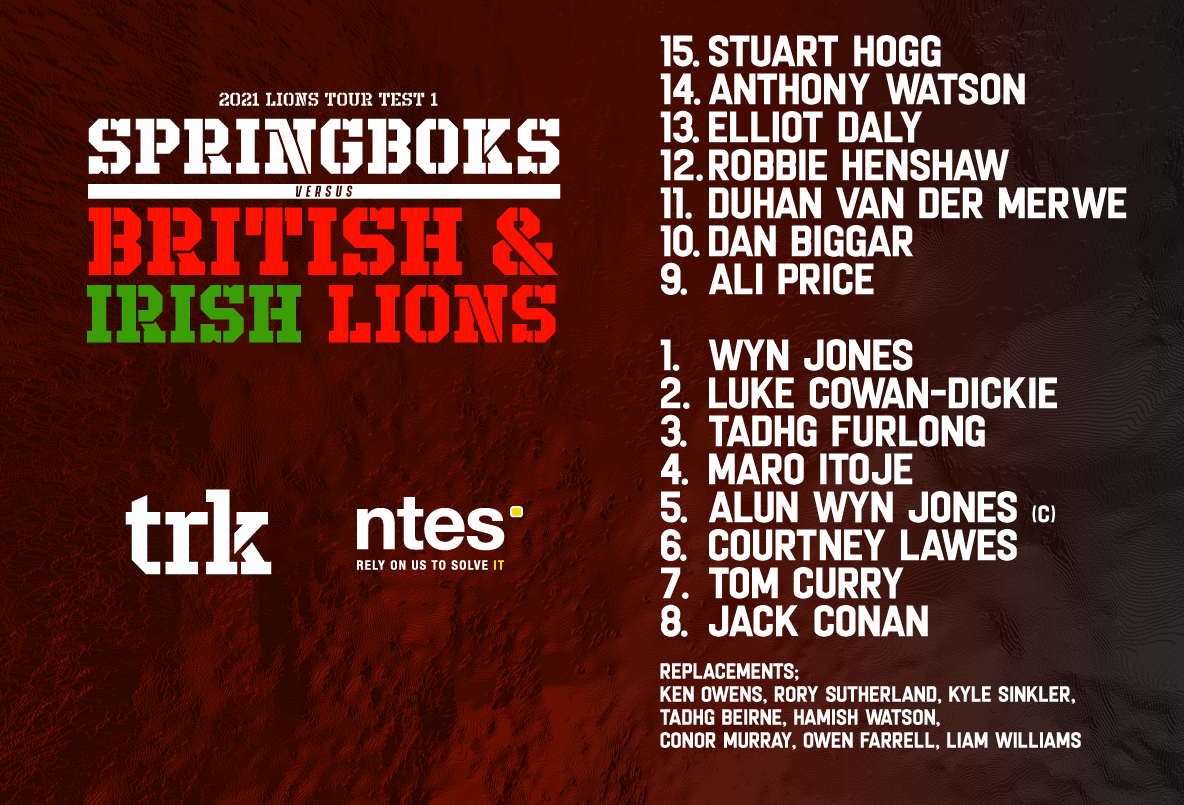 I was very confident in my logic pre-teamsheet announcement that the Lions would use Conor Murray to start the game and Ali Price to finish.

My reasoning was that the stability that Murray gives you is incrementally more valuable at the start of the contest when you are looking to build the fundamentals of your overall performance than it is at the end of the game when you might expect to be chasing a deficit on the scoreboard.

My contention was that to start well against the Springboks kicking game you, in turn, have to kick and compete well. The Springboks are a low possession team who voluntarily kick most of their possession to the opposition with the idea of pressurising them downfield and working with the kick you give back to them, be that a receipt of the ball and a transition or a lineout/scrum depending on the outcome of the kick.

This is how they seem to strangle the opposition without stringing multiple phases of possession together. They move the ball downfield, hammer your first couple of transition phases and then closely examine your ability to exit effectively. I chose Conor Murray to start in my Lions selection because of his ability to generate positive returns on his exits. That is to say, he consistently gets good distance on his exits to touch and has an ability to tailor his contestable box kicks in that sweet spot between effective distance to move the lines of possession with enough hang time to allow an effective chase to pressure the receipt on landing.

The exit has to be long enough to clear the danger but not too long that the chase cannot be pressured immediately on landing, which I think you need against transition runners as dangerous as Kolbe and Mapimpi. This was the main part of my thinking in starting Murray in response to what the Springboks will do the second they have a phase of possession – kick deep, pressure the receipt and await your return. We would love for the Lions possession to be mostly in the Springboks half but, in reality, they will try to force the ball into the Lions 22 to pressure the exiting of Price, which I would say is the weakest part of his game.

This was his work against the Stormers.

Only a few of these kicks are “poor”, in my opinion, but that’s the point – the consistency is something that would concern me in a scenario where the Springboks have the inclination to force this kind of scenario repeatedly. The Lions won enough collisions that Price didn’t need to kick all that often but when he did kick, some of the chasing and applied pressure – especially on Van Der Merwe’s wing – was less than optimal.

However, Ali Price has not been selected because of his kicking. He has been selected to generate tempo in the Lions attack. It is a proactive move in that regard. Much was made of Price’s running in the game against the Stormers – 5 carries for 7m – and how that made him stand out relative to Conor Murray against South Africa A – 5 carries for 18m – but to focus too much on raw numbers in this instance would be spurious. Price has been selected to inject pace and short ball variety into the Lions attacking system for the first 50 minutes of the game.

I think Price is most effective around the collision point, where his elusive running and high tempo action on the ball can create serious distortions in the defensive line, especially on the first few phases post-kick receipt, which the Lions will expect to have a lot of from the Springboks.

If we scale this out, I’d make the areas most under threat by Price’s general action to be here, around the pillar defender, guard and hitter. That threat is increased by a pocket runner attacking tight to Price’s inside shoulder because he’s really good at forcing a compression when he spots a gap and then offloading or passing to the space he just created, be it on the inside or outside shoulder.

There are two areas where I feel the Springboks are “vulnerable”, which I use in a relative sense as any vulnerability is small and difficult to expose with any reliability. The first area is the wide high-blitzing defender, which I looked at in this article earlier in the week. This area of the field is best attacked with deep layered playmakers, which the Lions could possibly deploy with Farrell on the bench as a #12.

The other area is around the collision point, where the Springbok system is designed to feature an intense defensive fold around the ruck to flood numbers to the ball side of the play. On certain progressions, that can open up small windows of space on the blindside and/or openside that Price is good at attacking directly with those inside runners.

Price is just that little bit more mobile at attacking these windows whereas Murray is more pass focused i.e. ensuring he’s got a solid base to launch a pass into the space rather than constantly assessing ruck to ruck, which can lower his pass accuracy and slow his delivery.

I think that is the primary reason for Price’s usage as a starter. In essence, the Lions expect to have a lot of kick receipts from the Springboks initially – a fair assumption to make – so, in that environment, I think they want Price’s elusive running and short ball tempo on the first two or three phases post kick transition where the Lions might also expect to see that overfold and attack it.

Will the Lions win enough collisions to generate the kind of pictures they want in what could be one of the most physical contests some of these players will ever be a part of? Will they be able to manage the Springboks kick pressure game to make sure Price isn’t forced into 8/9 kick exits? Will they get the results from their offensive selection to allow Murray to close out the last 25 minutes in the manner they forecast?

It all remains to be seen.

All the talk is over. Now it’s time to perform.