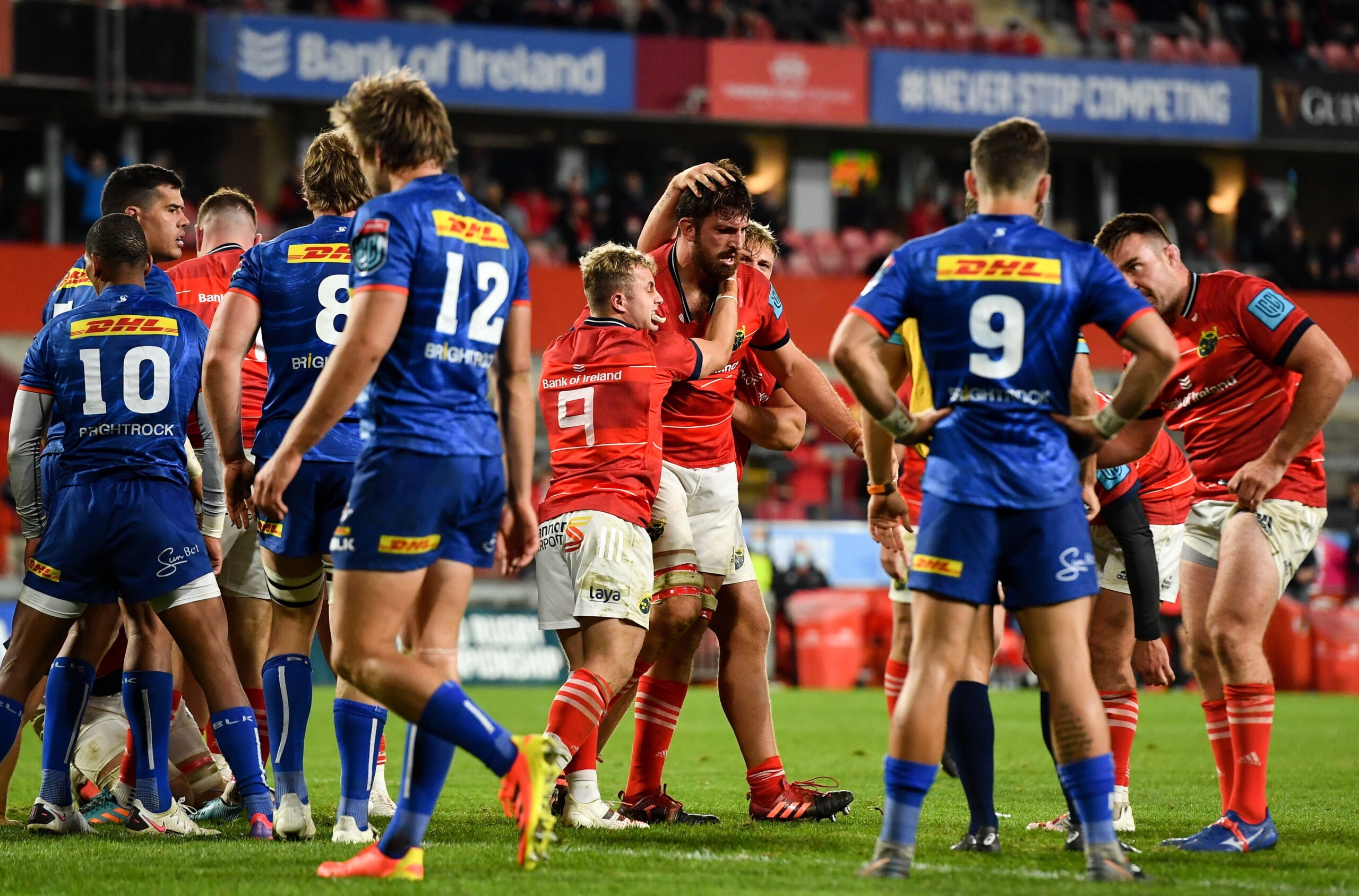 Patience :: Stick with the South African franchises - there is something special brewing

Welcome back to the Jackal, my Term From Rugby As Title Of The Column segment on TRK Premium.

It’s fair to say that the South African sides have had a rough introduction to the United Rugby Championship but, as per usual, there’s a reason for everything. First, the schedule – the Bulls, Stormers, Sharks and Lions have had a really tough combination of away fixtures to start off their time in the tournament.

That would be a difficult starting schedule for any side, especially with stronger teams than would be usual at this time of year being named across the board. In some ways, I think that the expectations that were levied on the South African franchises seemed to come from a place of, well, the standard in the PRO14 isn’t great so if they can’t beat these guys then they must not be great either. I think we forget that the standard of rugby in the old PRO14 and the new United Rugby Championship is incredibly high, despite what you might have heard over the years in various outlets and despite the recent domination of Leinster might suggest.

There’s no arguing that regularly losing top players from the likes of the Scottish, Italian and Welsh sides damages the perception of the league but has that affected quality? I don’t think so. I watch a lot of rugby from all over the world as part of my job – Gallagher Premiership, Top14, Super Rugby AU/Aotearoa, even the Mitre10 in New Zealand and, in my opinion, the PRO14, as it was, was right up there with any of them with regards to the quality of the attacking structure, counter-attacking, defensive work and the set-piece. The biggest strength of the league was and is the variety of styles you see from country to country. 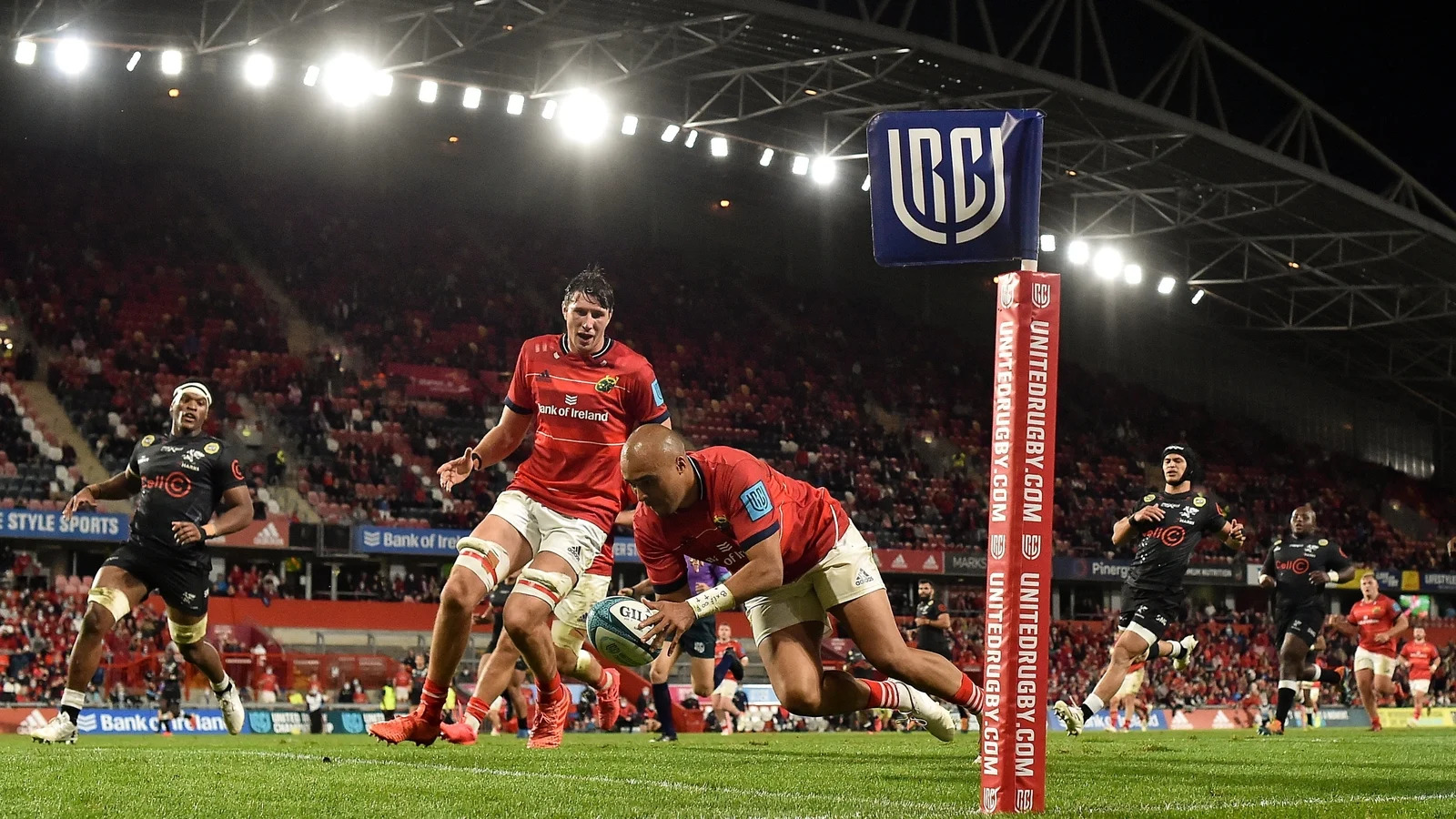 I’ll freely admit that, when so much of the league was played during test windows, it was almost inevitable that the Irish sides would dominate because of our greater depth. Full team on full team, however, I think most of the top six or seven sides in the old PRO14 were capable of beating each other with the exception, perhaps, of Prime Leinster who, let’s not forget, won a Champions Cup in 2018 and made the final in 2019 since they ascended to being one of the best teams in Europe post-2015/16.

So, in that environment, I think a little too much was expected of the South African franchises this early into the new United Rugby Championship and, maybe, a little too little of the old PRO14 teams at the same time.

I’m as much to blame here as anyone. I fully expected the South African sides to be better, earlier than they have been. I thought that their size and power advantage would play a big role in producing wins, even early on, because this has often been the case when it comes to the Champions Cup pools for a lot of the Welsh, Italian and Scottish sides the South African teams faced in the first two weeks. That didn’t pan out, at least fully.

Fitness would seem to be an early issue with regards to keeping their undoubted physical advantage for 80 minutes. A lot of the teams in the URC would be used to playing with a size disadvantage up to a certain point so any cardio drop off by the bigger side will be punished. This isn’t just a last quarter or second half issue, this is a “long sequence of continuous play” issue that can happen in the 70th minute or the 10th minute. The Stormers were regularly looking to cheese the clock on Saturday with slow walkups to the lineouts and multiple huddles to break up the game into easier to manage segments from a cardio output perspective.

To be fair, this is the easiest part of the game to get wrong pre-tournament and the easiest thing to fix mid-tournament. The South African sides would not have a point of reference for what to expect in this league from a cardio perspective, especially when they haven’t played non-South African opposition since early 2020.

And that’s before the incredibly obvious take of how much improvement we’ll see once they start getting their Springboks back in the saddle and get a few games in a sequence at home.

My main point is that while their initial results across Round 1 and 2 of the United Rugby Championship haven’t been great so far, they will take massive learnings out of this tour and will have a great chance to build and reset when they get back to South Africa and then when they break over December and January.

I still get the feeling that we’ll look back at these opening two weekends and wish for the days of massive South African losses once they find their feet.

The inexorable march of time being what it is, you won’t be too shocked to realise that the Autumn Nations Series is just over one month away. Ireland will take on Japan, New Zealand and Argentina in the Aviva Stadium across a three-week span at the beginning of the month and we’re at the midway point in the cycle where eyes will begin to turn towards the 2023 World Cup.

There are a number of positional depth charts and role sets that need refreshing and revamping – loosehead, hooker, lock, ball-carrying back row, scrumhalf, outside centre, wing, fullback – but none are as pivotal as the succession required at flyhalf.

How the hell do you replace a player as important to Ireland – and Leinster – as Jonathan Sexton?

On the 23rd of September 2023, Ireland will play the Springboks in the third pool game of the World Cup. Jonathan Sexton will be 38 years of age at that point and, as of right now, it is not unreasonable to suggest that he could still be considered the starting flyhalf. If he appears at all at the 2023 World Cup, Sexton will be the oldest Irish player to ever appear at the tournament (Rory Best was 37 in 2019 and Phil Orr was 36 when he played for Ireland in the 1987 World Cup) and one of the oldest backs period. To put it in context, Dan Carter was considered a veteran flyhalf back in 2015 but he was only 33 years of age at the time. 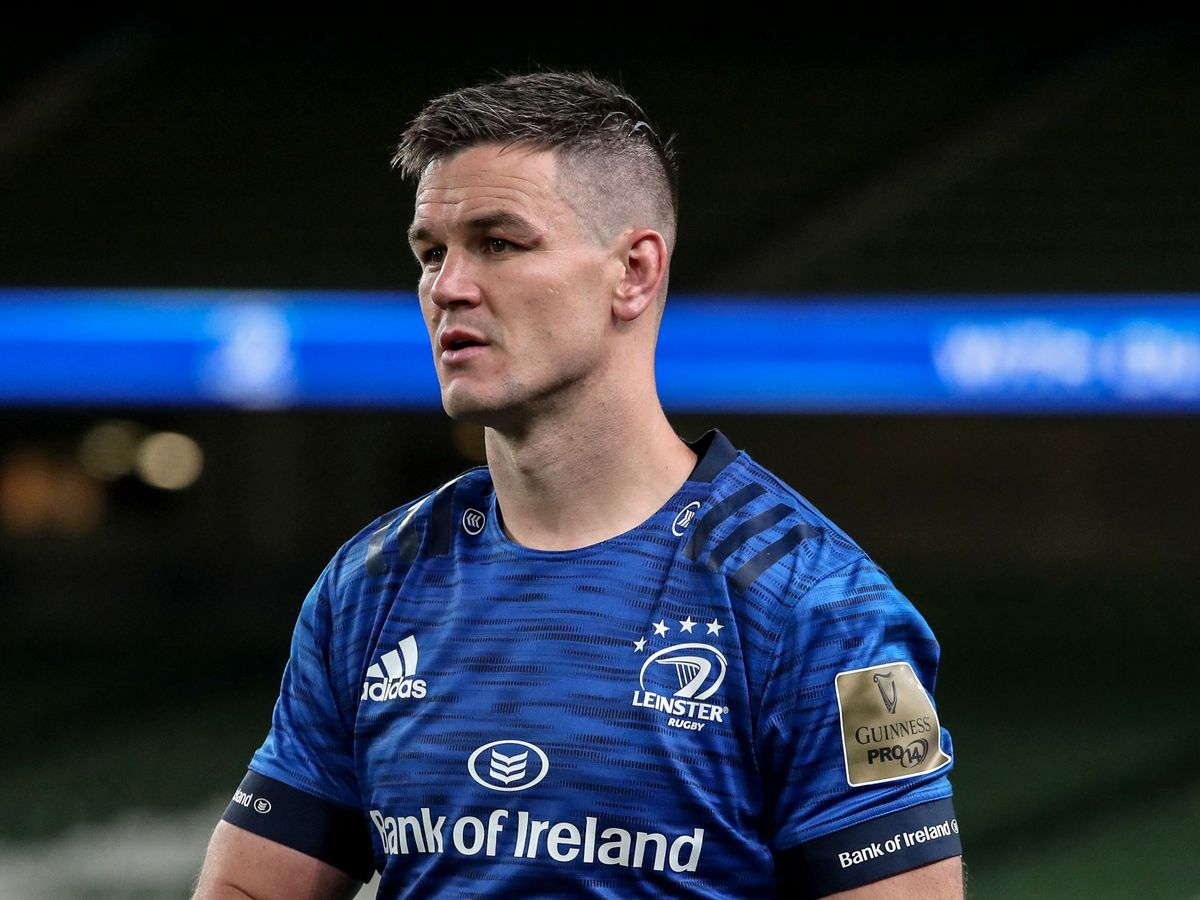 Age aside, look around the provinces after the first two rounds of the URC and ask yourself this – which #10 played the best in that time? Who was the most effective? Who had the biggest impact on the game? It was Jonathan Sexton for Leinster against the Bulls.

I’m not sure if Sexton knows how to have a bad game for Leinster or Ireland at this stage of his career. Tactically, he’s as good as he’s ever been and while he’s not as quick or as agile as he was in his younger days, his work on the ball never relied on being the quickest or the most elusive so when the forwards and scrumhalf produce for him, he inevitably does too. His passing and kicking versatility won’t ever leave him at this stage so the only question is whether or not Sexton is mentally, emotionally and physically ready to play on for another two seasons. Is he durable enough to take the contact that will come his way in every game waiting for him between now and the end of his career?

If he is, then it’ll take a massive improvement from those who would seek to displace him.

Joey Carbery, once the obvious heir apparent, has yet to make a statement performance since his return from a long term injury last season. To be fair to Carbery, the two biggest games he was eligible for – Leinster in the PRO14 final and Toulouse in the Champions Cup quarter-final a week later – were very soon after his return from injury so expectations were rightly tempered as a result. 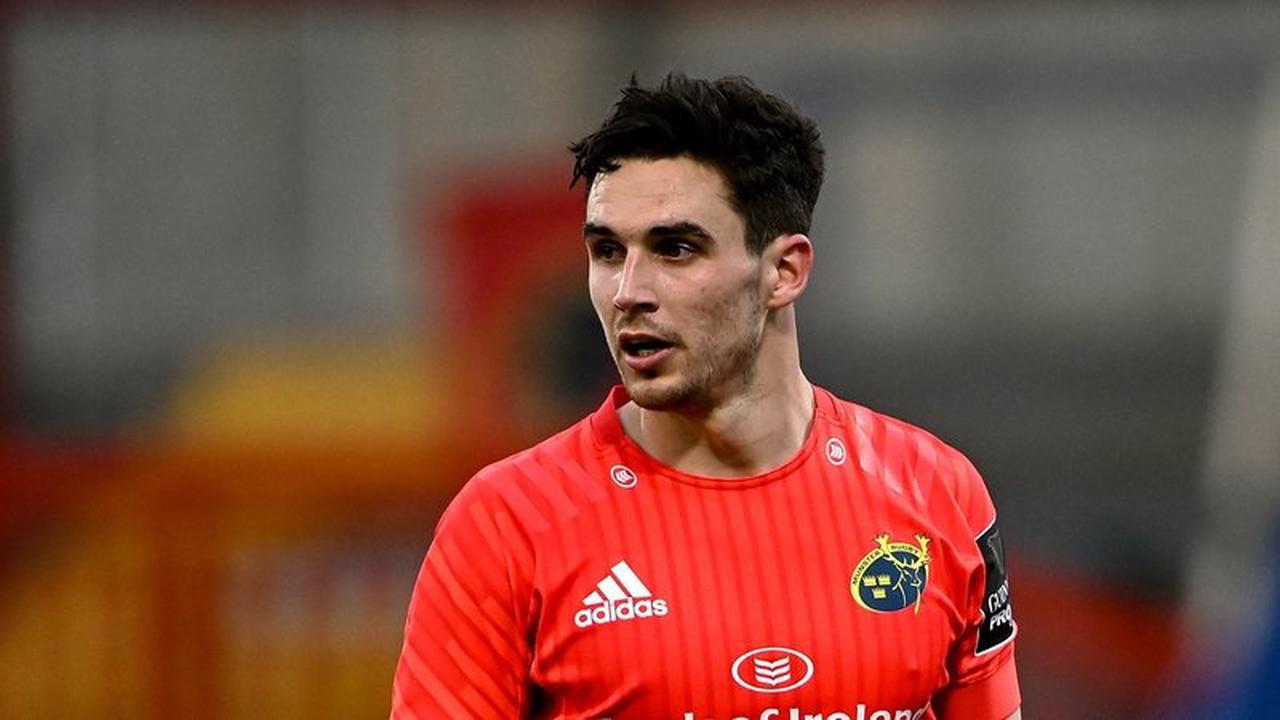 Since then, Joey Carbery has had a productive Rainbow Cup campaign, a return to test level for Ireland in the summer and a full preseason for the first time in a few years. That has yet to result in a defining performance in the opening two games of the URC. He’s been below average, in my opinion. But his physical fitness is one thing, his cognitive fitness is another. This is the other side of match sharpness. It’s one thing for the body to be ready to go, the brain has to sync up with it too and that can take more time than we’ve seen since his return from injury. He’s only had 13 appearances – with four of them in the last few months – to get things like his timing and “eye” back for things like passing lanes, kicking angles and windows of space. It’s one thing doing it in training but for a flyhalf, you need to ease back into that kind of play at the elite level for live games, especially against big, physical, high line speed opposition like the Sharks and Stormers.

That isn’t to say that there is infinite time for Carbery to attain those things. Even allowing for time to properly ease into the season, November is coming down the track pretty quickly. If Carbery wants to be the man that will shove Sexton into retirement, then he will have to start accelerating his performances. He has credit in the bank, for sure, but that credit won’t last forever.

These upcoming test windows and, almost more importantly, the big Munster games coming up in advance of them, will be key opportunities for Joey Carbery to show that he is ready to be The Guy now, this season and that Ireland and Munster can rely on him going forward.

If not, then the floor will open to others and rightly so.

Does that leave room for a young player to be dragged up the depth chart so quickly we risk giving them the bends – a Harry Byrne, a Ben Healy, maybe even a Jack Crowley or Jake Flannery?

Or does it mean hoping that Johnny Sexton can avoid the big hitters looking to put him out to pasture every time he laces up a pair of boots between now and September 2023?

I think we know the answer, right?

That puts a lot of pressure on Carbery to be who he looked like he could be in 2018/19. I’m sure he’s able for it but we need to see it sooner rather than later.