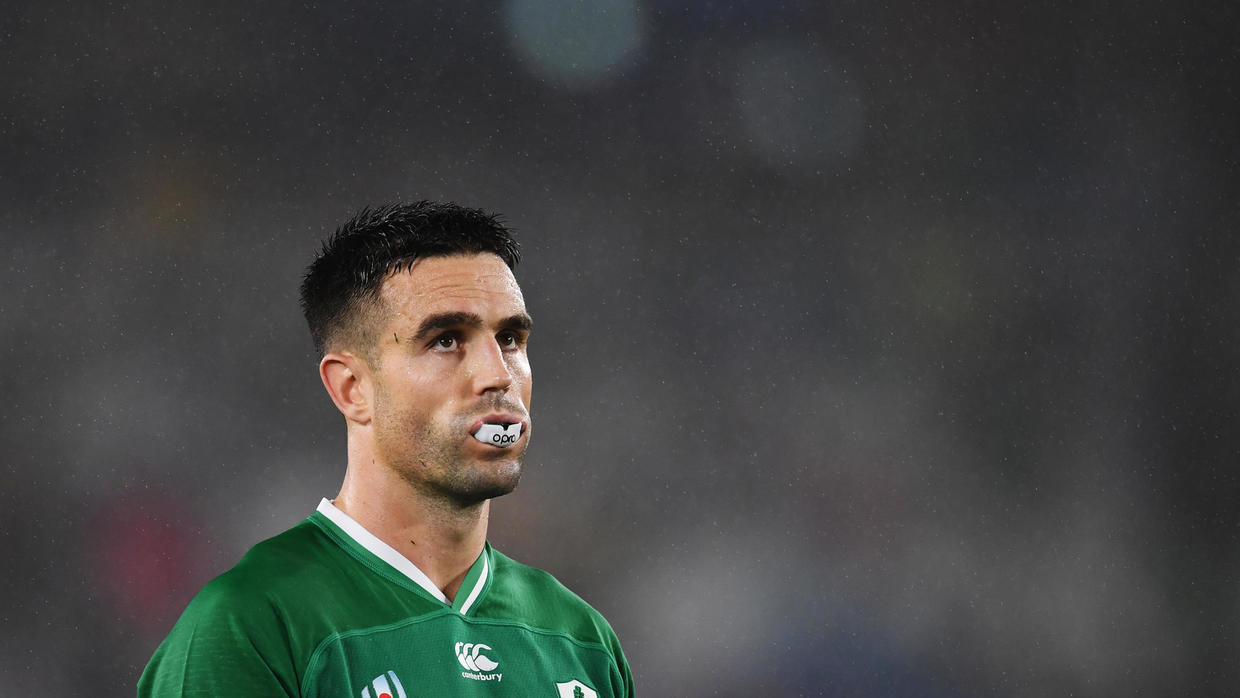 The Jackal :: The Murray Conundrum

They touch the ball more than anyone else, so much in fact that they can almost blend into the background of a game until they do something that pushes the perception of their overall performance up or down. Score a try? Up. Fumble the ball at a breakdown? Down. Offload? Up. Fling a hospital pass that gets punished? Down. They might do ninety decent things in a game but one mistake can colour an entire performance negatively, even it wasn’t a critical error. It works the same the other way too, with average enough performances turned into world-beating displays because the scrumhalf happened to score a try.

The reaction to Conor Murray’s performance against Scotland on Saturday and John Cooney’s subsequent cameo off the bench was just straight-up weird to me. I found myself on Twitter having to defend what was a pretty solid Conor Murray performance, nothing outstanding, from accusations that it was “very poor”, “terrible” and “proof that he was finished at test level”.

I mean, it wasn’t the very best that I’d seen Murray play but it was far from poor or even below average. How and what were people seeing? The intercept pass in the aftermath of a linebreak seemed to be a decisive part of the consensus I saw – the negative moment – but the more I looked back at the game, it became clear that people were seeing what they wanted to see, especially when juxtaposed with John Cooney’s 20-minute cameo.

So for me, offensively, my checklist on watch through #3 for scrum-halves looks like this.

Pass Quality: What was the range, accuracy and variety of pace on your passing throughout the game? Were you hitting guys on the inside shoulder when they’re running off you into contact? Or were you getting that ball front on so they can hit contact positively? Does your pass degrade as you tire and, if so, by how much?

Pass Decision Making: Basically, who are you passing to phase for phase, are they the best option in the moment and how quick are you making the decision to pass to that player relative to the speed of the ball presented to you?

Breakdown Efficiency & Cadence: How quickly are you able to get the ball away at the breakdown in good conditions? How strong are you at pulling the ball out of a tangle of legs without getting stripped in bad conditions? Are you hitting rucks that could be managed better? Are you taking the most direct line to the breakdown? Are you correctly predicting where those breakdowns are going to be while also acting as a possible support option? Did you change up your cadence at the breakdown to produce penalties out of lazy defenders? Did you add value to your passing by challenging pillar defenders?

Exit Quality: How much distance can you get on your box kick exits to touch? Can you take four seconds out of the ball in the air on contestable kicks, reliably hit 20m of distance and land them reliably near the 5m line to reduce the opponent’s kick transition opportunities and increase the likelihood of your chasers forcing a positive instance out of the ball?

Set Piece: How reliable were your hands off the top of the lineout or maul break? How did you manage your ball security at the back of the scrum?

Did you score a try? Congrats.

There are other bits and pieces like looking at how the scrumhalf behaved on transition, and defence is a whole other set of criteria, but most of the time these questions give me a fair idea of how a scrumhalf played.

When I looked back at Murray’s game on Saturday, he hit most of these markers to a pretty solid degree. His pass quality was good, for the most part, and the few moments of slowness were frontloaded in the early part of the game when the Scottish centre-field resistance and slow down around the ruck was at its strongest. The intercept was a poor moment of Pass Quality and Pass Decision Making, but it was far from the defining moment of his performance. Murray had one or two poor exits from a distance perspective and one poor contestable that got bailed out by pointless Scottish blocking on Conway, but the majority of his kicks were of a good distance and landed where we’d want them near the 5m channel. He was incredibly good at buying Scottish penalties at the breakdown with his cadence. It wasn’t his very best but, for a scrumhalf, getting to that level often relies on what happens before you get to the ball – the quality of the carry and clean – and after you let it go.

Of Murray’s 90 interactions with the ball – 8 kicks, 78 passes and 4 carries – I’d rate most of them as pretty decent.

Cooney, on the other hand, touched the ball 15 times. His 3 kicks, 11 passes and one carry were of a pretty decent quality too. He had two offensive kicks in the last quarter that gained some nice territory and one in the aftermath of a transition event was particularly nice when he realised the backfield defenders were out of place. One of those kicks was pretty average from an accuracy and distance perspective but was made by Conway’s chase. Overall, I thought he was really decent too and added real value when he came on. He’ll certainly get a start at some point in this Six Nations – barring injury or a dramatic week against Wales, he’ll probably start against Italy in Round 4. Then it’ll be on him to show why he should keep the jersey.

The reality is that scrumhalf is a two-player position these days when you have the right quality starting and finishing.

The distance that a scrumhalf needs to cover at the pace they need to cover it at is a key factor of managing the position across two players and that’s before you factor in the defensive side of the ball.

Will Cooney overtake Murray this Six Nations? It’s certainly possible, but downgrading Murray’s performance artificially to finagle Cooney in by default does a disservice to both players.