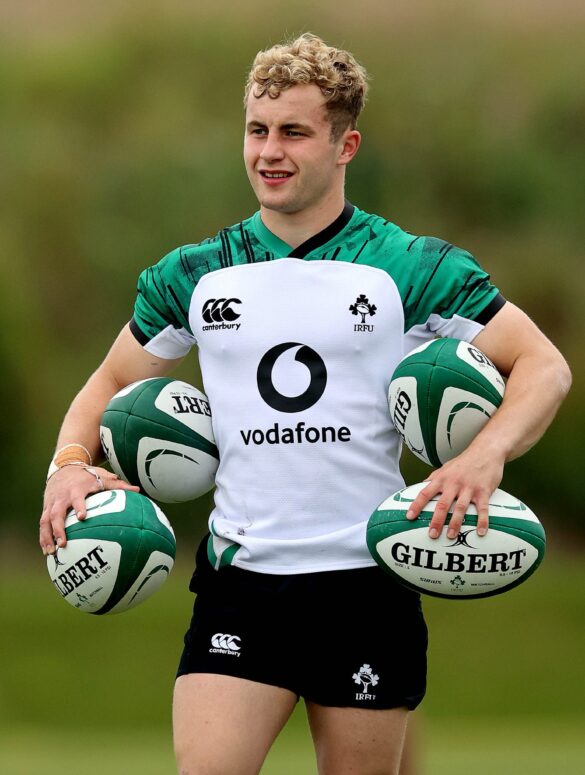 By Tom Savage6 min read
The importance of the Japanese game to the Irish coaching staff and, we presume, the squad as a whole was not really felt by the general public. Andy Farrell really seemed to want our win back post-2019 so we went as strong as we possibly could selection wise and played out the game as if it was a Six Nations game. Our starting XV had an average of 25 caps per player, which was slightly more than an experienced Japanese side who had an average of 24 caps per player in their starting XV.

The general public, on the other hand – at least from what I was able to glean across social media anyway – didn’t seem to perceive the game in that light. They wanted a young Ireland team, new faces, debuts and if all that meant a loss, so be it. Nobody would have been doing cartwheels over a loss, don’t get me wrong, but to many, it would have been worth it to see some new faces. That attitude is a side effect of the schedule that Ireland have been on since that 2019 World Cup where it seems like every game is too “must win” to chance some new faces. 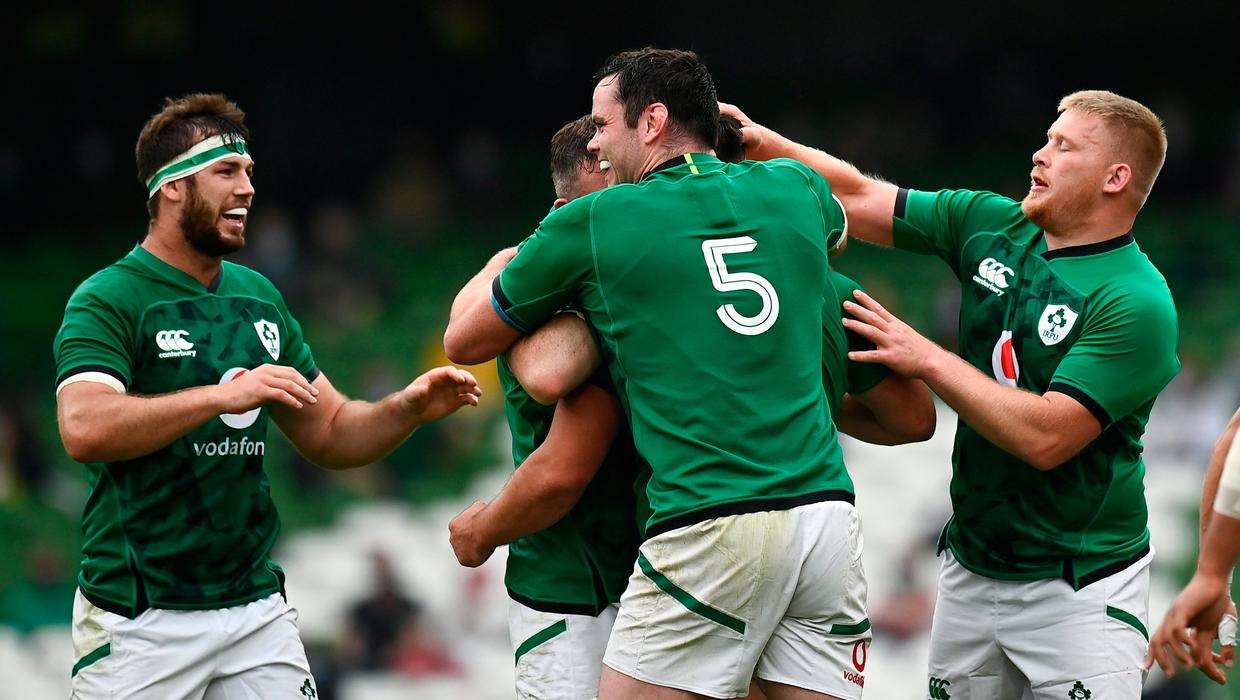 That isn’t to say that there hasn’t been new talent making its way to the national team in key roles – Hugo Keenan and Ronán Kelleher fill that description – but even those players are replacements to retiring players from that 2019 side. Keenan has replaced Rob Kearney and Kelleher has replaced Rory Best. Other than that, for the most part, it’s been as you were since the end of the World Cup with some younger players getting capped, sure, but mostly as bench options surrounded by a lot of experience.

That is a reflection of the times we live in but also of the pressure Ireland have been under since the World Cup. At every turn since 2019, Andy Farrell has faced “must win” scenarios when he might otherwise have looked to develop players during a point in time when he was trying to bed in a different way of playing amongst the group. That meant the usual Italian window for development had to be squeezed in the hope of fluency building. Even the game against Georgia last winter was in “needs must” territory from a selection perspective with Ireland struggling for cohesion and quality after a loss to England the week prior. 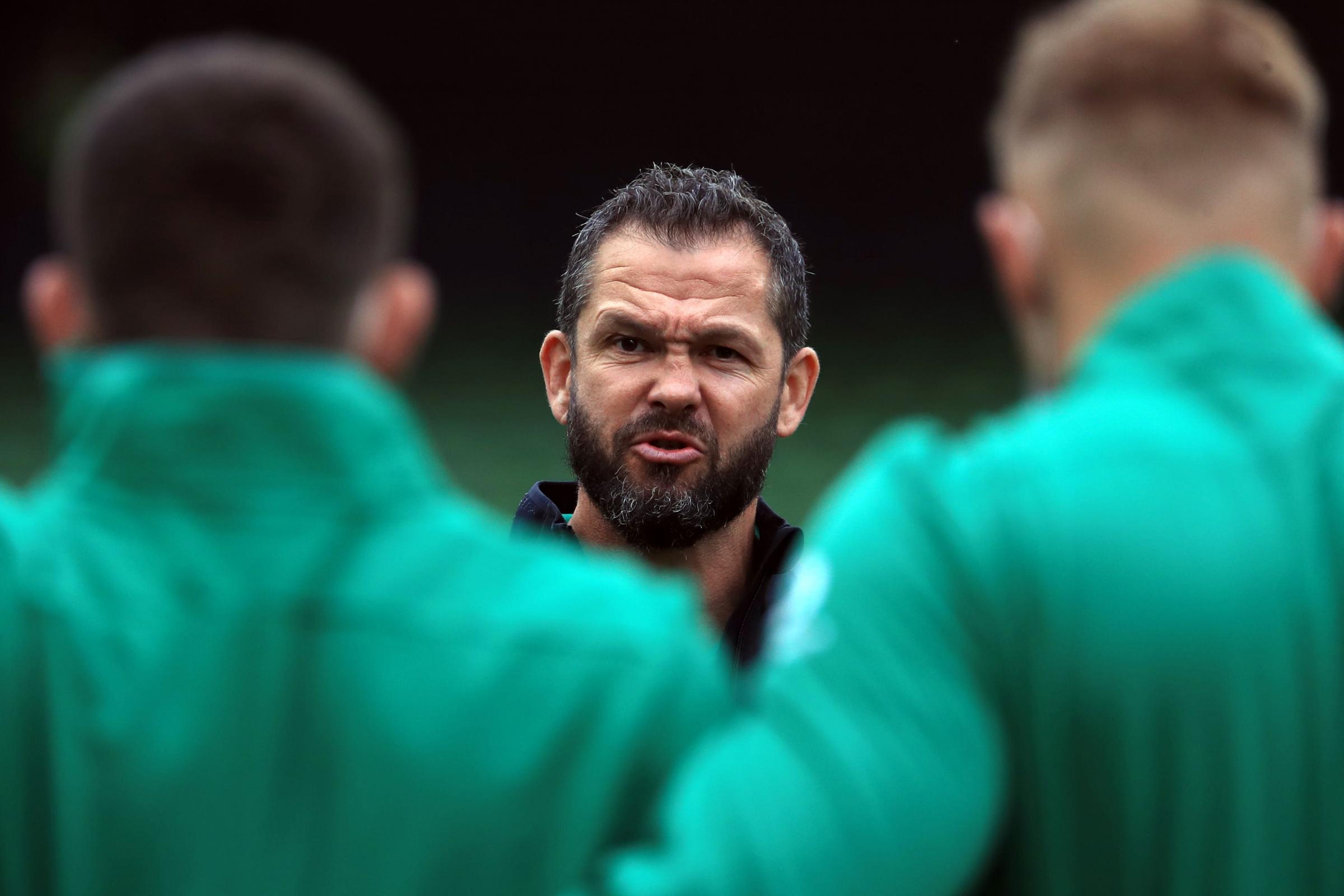 Essentially, in a tightened fixture list with a coaching group still looking to imprint a system on the main team, there wasn’t much room to manoeuvre in an environment where two losses in a row can get people talking about a coach’s job prospects.

That’s why this team is so exciting. The win over Japan has given the coaching group the breathing room they needed to rotate the squad en-masse with multiple debutants on the bench and young prospects scattered through the starting XV. 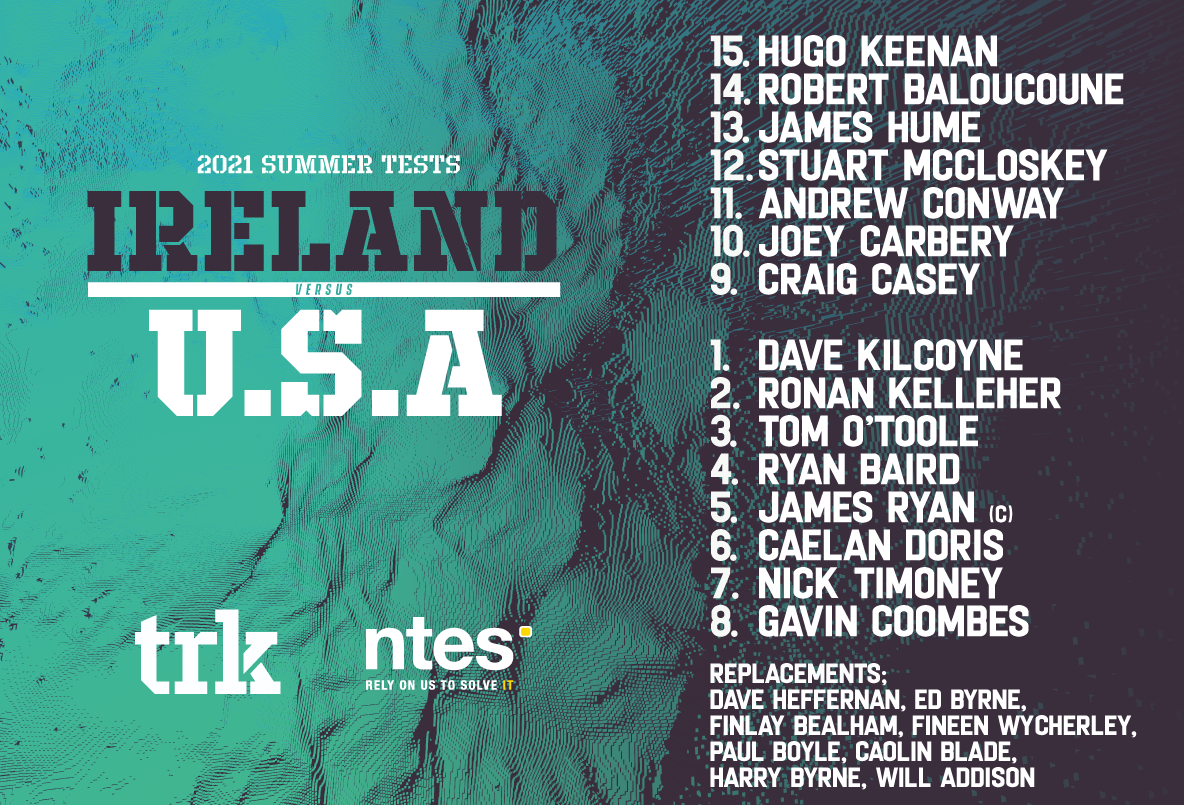 This Ireland team is selected to do one thing and one thing only and that is to run over the US for 80 minutes.

Look at the primary ball-carrying rotation selected here – Doris, Coombes, Baird, Kelleher, McCloskey, even Nick Timoney – and tell me we don’t have the firepower to vaporise anything that the USA can put in front of us. You can’t. You’d be telling lies.

The key is to use what we expect to be a ball-carrying advantage efficiently. There’ll be a premium on our ruck support players being able to keep the pace of the possession moving, especially off the set-piece where we might expect to get big first phase gains. The key to hurting the US is how we attack the phases directly after that first phase launcher.

There will be a temptation to overplay our phases against the US because of our expected dominance on-ball but sticking to our key principles of play and staying patient will be equally important. What do I mean by this? When you expect to have a ball-carrying advantage in a game you might sometimes roll the dice on a few extra phases long after the initial momentum has evaporated because, well, we’ve got the size to muscle up on the US and go again, right?

Playing weaker opposition does give you scope to do this every now and then when you have good field position but doing it too often leads to breakdown turnovers, knock-ons or other momentum sapping errors. This US team will break but we shouldn’t have to go far beyond a five phases or less system outside their 10m line to make that happen.

Our primary sequence of attack should be the lineout in the middle third of the field. Getting this position shouldn’t be too difficult as long as we kick and pressure well when exiting ourselves. I’d be tempted to go long against this US side and that’s despite the running threat of Te’o at fullback and the lack of experience they have on the wings. If we box kick early onto Kruse with Conway chasing, in particular, and it produces results we should keep at – especially with Te’o’s lack of height as a covering receiver – but kicking long with a good covering chase will put pressure on the US’s transition attack and, with enough defensive pressure, De Has and Carty’s exit. I’d even be happy with the “fool’s mark” if we think they’ll buy it – if we run out of momentum inside the US half, just kick long to their backfield with a minimal chase, let them mark it and then give us what we want – a lineout.

The main principle that we want to exploit is this; an inexperienced back row and midfield trio compressing onto our primary carriers, which opens up space for the likes of Carbery and Keenan to play into.

Our midfield options on shortened lineouts could easily feature Stuart McCloskey, Gavin Coombes and Caelan Doris running in the same central space. That will naturally draw focus for the US midfield and back row coverage to the 10 channel, where Carty would be an obvious target for Ireland. I think the US moving Campbell in a slot from last week is a response to this and why Tom Daly, for example, didn’t get a run here. We will want McCloskey to play a key part in holding Carty in place with Germishuys and Campbell compressing on him.

That will open up the opportunity to extend the width of the first phase. England did this quite a bit last week to put pressure on the American’s forward fold.

Mix that up with some narrow shots from McCloskey on the crash and we should have a weapon that can consistently move the American midfield and back row around in predictable ways. That’s just on shortened lineouts.

When you add in maul feints that send Ronán Kelleher around the corner with Stuart McCloskey holding the midfield, you have all kinds of options on the second/third phase or even directly on the first phase. Keep an eye out for those on any lineout around the 22-metre line.

Launching wide off the scrum could be beneficial too, especially late in the first half. This opportunity worked well for England and the exact same principle could work for Casey and Blade too.

The US have plenty of size in their pack but our ball carrying threats in the back five and midfield should have enough potency to get them running to where we want them to run. If Casey, Carbery and Keenan have the accuracy, there will be space for Conway, Baloucoune and Hume to attack directly.