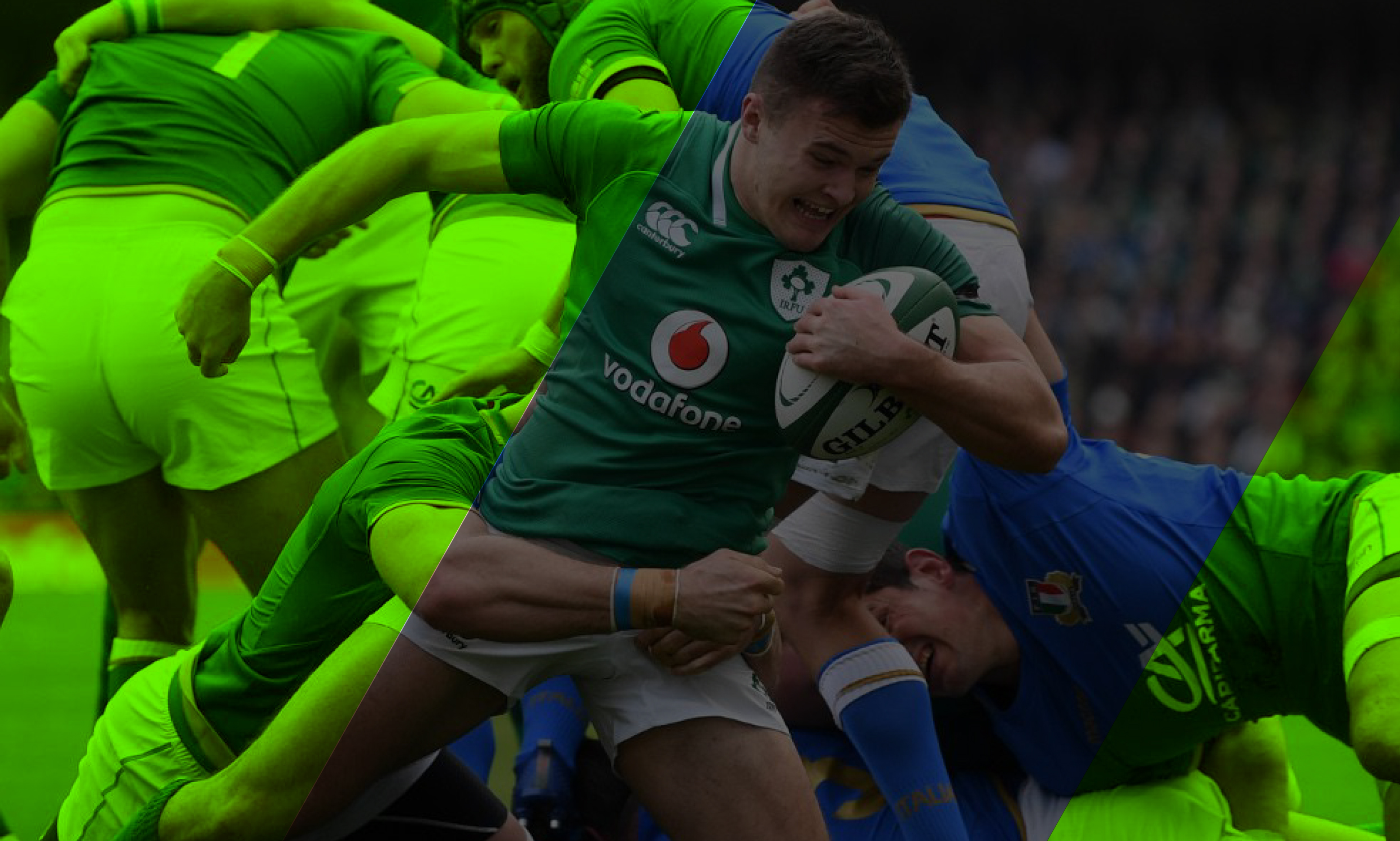 The last time Ireland were in Soldier Field the All Blacks were beaten and a 111 year long streak snapped loud enough that the rugby world could hear it.

Much of what Ireland have become in the two years since – Grand Slam champions, victorious tourists in Australia, a rise to second in the world rankings for the first time – have roots in that sunny day in Chicago in 2016. The opposition this time around isn’t the All Blacks (not even close, actually) but that doesn’t mean there isn’t anything worth seeing here this time around, far from it. In the aftermath of beating the All Blacks and ascending to second in the world in ranking as well as in reality, this game provides Ireland’s “second layer” – with a sprinkling of the first layer – an opportunity to show why Ireland are in that position. It’s not enough to have a first XV that can crack skulls, kick ass and take names – as Ireland certainly do – you have to have that second layer that can get the job done with equal efficiency.

This game won’t go the whole way to proving whether Ireland have that second layer but a big enough win will go some of the ways to proving how “All Black Ready” this matchday squad really is. 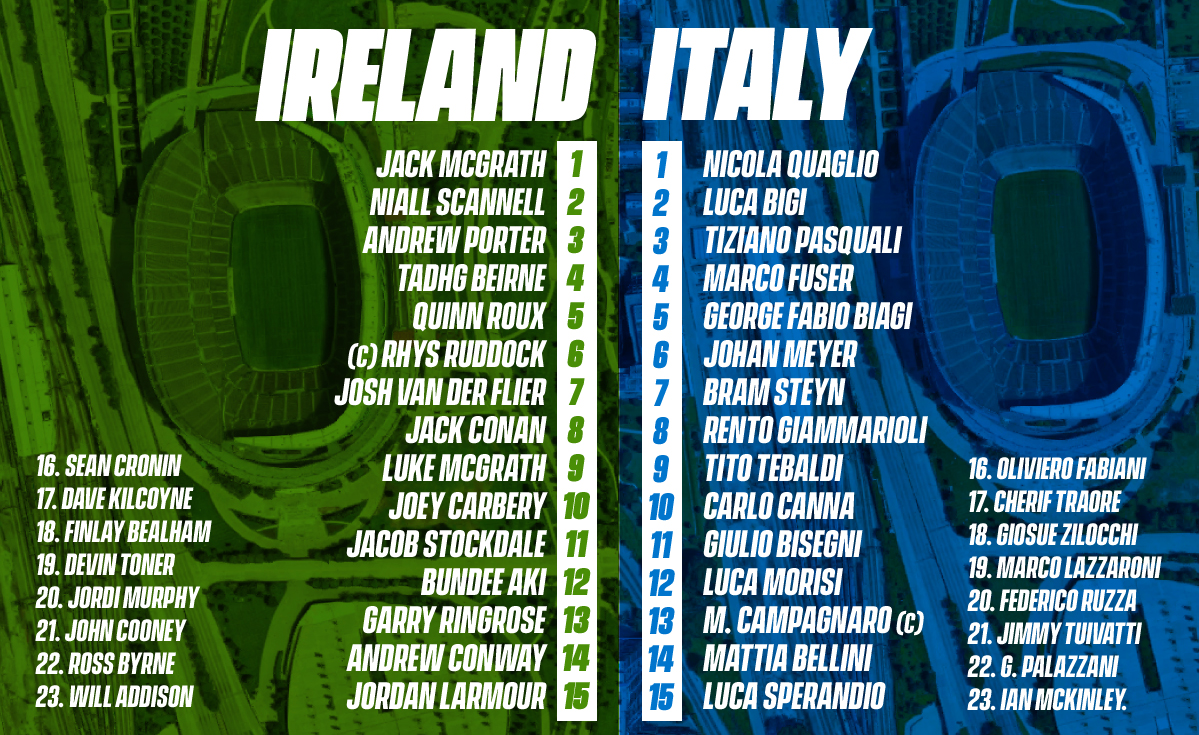 Of the starting XV, only three would be considered first choice – Stockdale, Aki and Ringrose. Of the bench, only Toner would (probably) be guaranteed a spot in a match squad if Ireland had to defend the Grand Slam in the morning. Everyone involved here is further down the depth chart to varying degrees and all of them are looking to change that perspective. If you’re not one of those first names on the squad sheet – like Murray, Sexton, Henderson, Furlong, Healy, Ryan, O’Mahony, Stander, Earls, Kearney, Henshaw – you badly want to be. When you understand that you’ll get the challenge of this fixture from an Irish perspective.

I Meant No Disrespect, To You or Your Daughter

That last line of the intro sounds disrespectful to Italy but it really isn’t meant to. There isn’t any escape from the fact, however, that this is far from a first choice Italian selection. Conor O’Shea has a reduced hand in his matchday 23 for this one and his naming of that squad last week goes some way to confirm that. This is an Italy minus a lot of their top performers through a mixture of injury, rotation and out of window club commitments. So there’s no Ghiraldini, no Parisse, no Polledri. Injury has robbed Italy of the services of the likes of Minozzi, Violi, Licato, Padovani, Sarto, Mbanda and others. As much as Schmidt is examining the Irish second layer, O’Shea is doing likewise.

There is some talent in this Italian selection, of course. Campagnaro might have fallen off the radar at Exeter but he’s a quality midfield operator. Keep an eye out for Zilocchi off the bench, Sperandio at fullback and the elusive, hard running Renato Giammarioli at #8 too.

Tactically, the biggest issue in this game will be managing the gap in familiarity between combinations. The excellent Jonathan Holland wrote as much in his piece for RTE today and I agree completely. If Ireland manage the disparity in familiarity between key combinations to any degree, they’ll win this game handily, it’s as simple as that. Italy have some quality, yes, but their selection here does not have the cohesion of time together on the pitch at this level and that usually is a killer in test matches, unless you have the individual experience and quality to power through. Ireland’s selection doesn’t have a lot of that test match cohesion either – the second row and front row outside McGrath in particular – but, in my opinion, it has enough experience in key spots and quality to bridge the gap.

The Cloud of Mystery

Italy’s disjointed selection makes it quite hard to point to what they might do in this game with any real certainty.

We know that Italy have inherent qualities that O’Shea is trying to build across the test side and both Italian PRO14 teams. I’d expect to see Italy play broadly similar to how they approached the game earlier in the year – they will play with pace and width while looking to exploit any and all transition events we hand to them.

The game in the Six Nations was a story of giving up tries in transition from an Irish perspective, especially once the initial lead had been garnered. A lot of the transition events in that game came from some inexperienced work from Joey Carbery at #10. His inaccurate pass set in motion the chain of events that lead to their first try above and his poor exit – below – lead, eventually, to their second.

Italy will look to attack Ireland’s kick returns through Sperandio, Bellini, Morisi and Giammarioli, with Campagnaro and Canna as the main passing platforms.

Giammarioli is an interesting player and fills a “Sam Simmonds” style role for Zebre – I’d expect him to do the same for Italy here. He’ll be the wider heavy ball carrier – almost like a third midfielder or winger in some finishing plays – while Steyn and Meyer will mostly provide the platform carries in the middle of the field.

While I’m on middle of the field carries, Italy like to add value to carries in that area by throwing tip on passes or offloading out of the tackle.

If you see Italy generating go forward ball up the middle of the pitch in non-transition phase play, it’ll look a lot like this. The value they add right before or right after contact is to disguise their big weakness at the moment – they don’t have many heavy ball carriers or top quality ruckers at an elite test level.

They’re vulnerable to getting stopped behind the gain line, nabbed on the floor and hit on the break – either through territorial gain or through direct transition attacks like this.

Expect Ireland to nab these basic midfield set up carries through Beirne or Van Der Flier at least once.

Ireland will look to play our usual heavy possession game and, against this Italian side, it’ll be more than enough to force the offside and breakdown penalties we’ll use to ultimately break them in the maul, where I think we’ll have a big day. Off the lineout, I’d look for a Schmidt Special to put Ringrose or Larmour one on one with Campagnaro, who’s lateral speed in defence is a weakness. There are few outside centres in the game more dangerous than Garry Ringrose than exploiting any kind of static defence in these circumstances. I’d expect Ireland will use Conan and Aki to hold Morisi and Giammarioli on a 7 man move off the top before using Carbery to float around on a loop, isolate Campagnaro and then let Ringrose (or Larmour) do their thing.

I’d expect Jack Conan to have a statement day off the back of the scrum, and I’d expect the scrum as a whole to be a weapon on both sides of the put in.

I’m fully expecting an Irish win but the main question will be if we can get it with the dominance expected. It’ll be an interesting watch nonetheless.