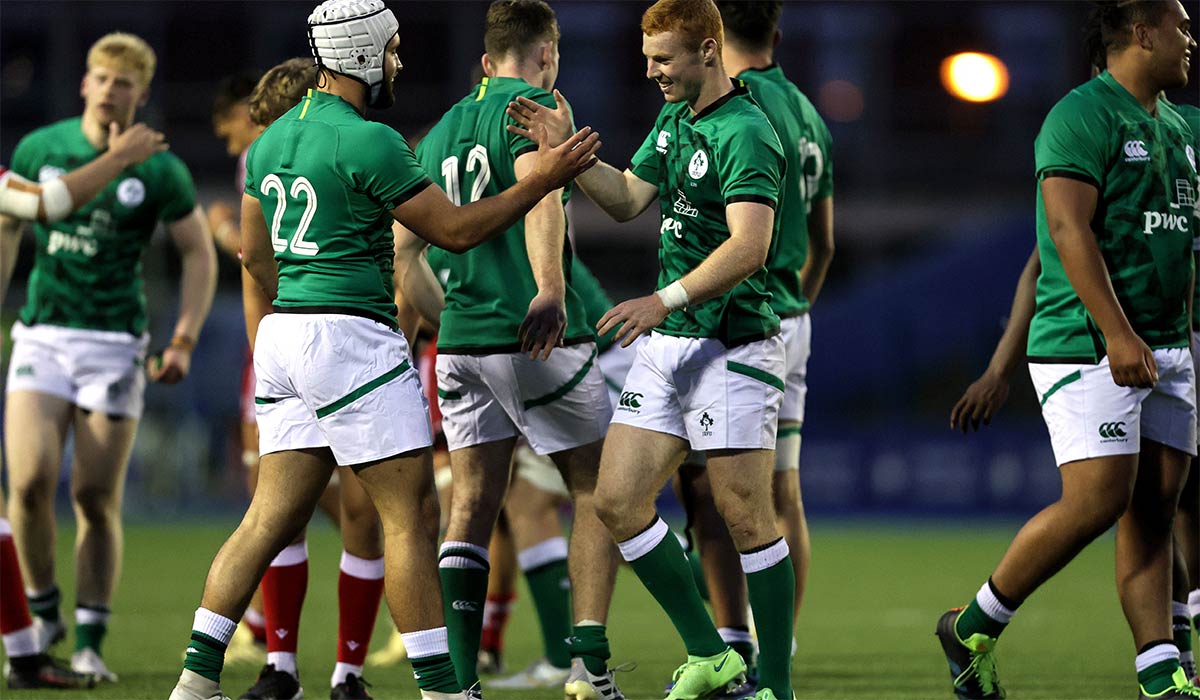 This is the big test.

Ireland’s previous two wins in this compressed tournament ended up as comfortable as you could realistically hope for given the lack of scouting available for the Scotland game and the physical challenge posed by Wales on paper. Two games, two bonus-point wins and sitting pretty at the top of the table. Happy days. And now, this week, there’s a chance to win a triple crown against an English side in much the same boat as ourselves with two wins, two bonus points and similar happy days. England currently sit second in the Six Nations due to inferior points difference, with wins over Scotland and the heavily fancied French in the bag.

Ireland will have been happy with the wins over Scotland and Wales, for sure, but this game feels like it’ll be a step up on those two games. Scotland was a shot in the dark, to an extent, that was made incrementally easier by a Scottish red card early in the second half. Wales had the size but couldn’t leverage it in the right areas and ultimately fell away as the game progressed.

England, I feel, will be a much bigger challenge but this Irish side have shown they have the mettle, game tempo and overall clarity present in the sides of the last two years that can get the win here. The key question is whether or not the holes that were present in the games of Wales and Scotland will show up here, or whether we will have to play a much more complete side than we have played to date. 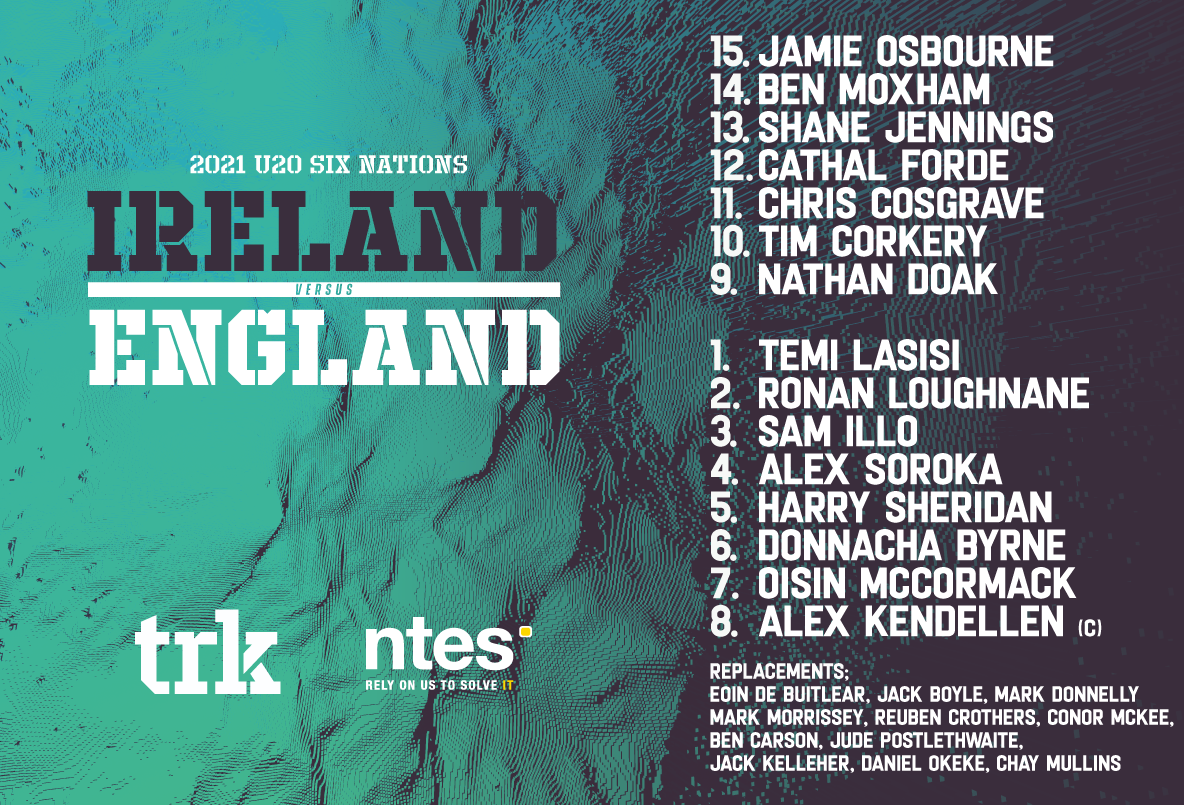 In a general sense, England have gone with a triple playmaker backline running outside a three-lock pack.

They’ve got some real power runners in that backrow and good size all throughout their pack, as you’d expect for any English pack of any age grade. In the midfield, they are running a little bit smaller than what you might usually expect but they are essentially running with two flyhalves at 10/12, another flyhalf at fullback and they are complimented by a strike running midfielder with two power wingers running the edges. Atkinson, in particular, is a very dangerous combo player at first receiver because he’s got an extremely elusive first step and has the running to hurt you if your spacing is too compressed on England’s forward runners.

France got quite a bit of success against England by utilising the crossfield kick on phase play sets. Ireland might go for the same tactic but it depends on how England are defending us off the ruck. Against France, England committed to two man hits off #9 that were designed to prevent France getting narrow momentum off the ruck and that action created a natural compression that France were able to exploit. Do England rate us in the same bracket when it comes to power? Have we shown them enough of that in our previous two games to earn two man hits? If so – and we can at least get parity there – we should have the width to be able to stress the English outside backs.

We want match ups that prioritise getting Moxham, Jennings, Forde and Osbourne running onto that English midfield so accurate hit ups off #9/#10 with any kind of quick ball and accuracy should give us the looks we want. We’ll have to watch the hitting power of those two wings – I think think they’ll want to make aggressive shots into our wide passing lanes – but there will be joy for us if we can force those midfield on midfield matchups with Osbourne and Moxham taking precedence.

Unlike Wales, who had the power but not the halfback strategy or the lineout to hurt us in meaningful ways, England have a much more settled core game. They have a good lineout with big targets all throughout the back five with a strong maul that can soak penalties from long range. That’s an area where we just stack up badly against them and will need to muscle up there relative to the last two games. England have an excellent scrum that will really pressure us in a way that Scotland and Wales didn’t.

Tactically, their scrumhalf Jack van Poortvliet is an excellent kicker and their power wingers make excellent chase hitters. He can hit targets in the backfield, rely on a big, physical chase and generally good discipline on the next couple of transition phases where England are big, physical hitters.

Our ability to transition from kick receipt to attack was a key part of the win over Wales so if we can match that here we’ll be doing very well but England are a different class of defensive transition team – it will be incredibly difficult. Van Poortvliet can also find excellent relieving kicks on turnover ball that will put our own lineout under serious pressure. If he gets his game going, the sequence of kick, chase pressure, Irish knockon, English attacking scrum in our half could be a dangerous one for Ireland.

From an Irish perspective, the best way for us to get into the game is to back Doak’s kicking game from last week and really go after the English offensive breakdown where they were a little “gappy” on their cleanouts against France in particular.

In the wider channels, they will be vulnerable after any carry by Litchfield or Relton so deploying Alex Kendellen – our most talented poacher – slightly wider in his defensive alignment than he has been for the last two games could be a useful way of winning penalties or narrowing the range of the English phase play attack.

If Ireland can match England physically in contact – essentially winning our defensive collisions low and living with the offload to open up breakdown pressure – and kick with the same efficiency we managed last week, we should have enough to trade shots with England at the very least.