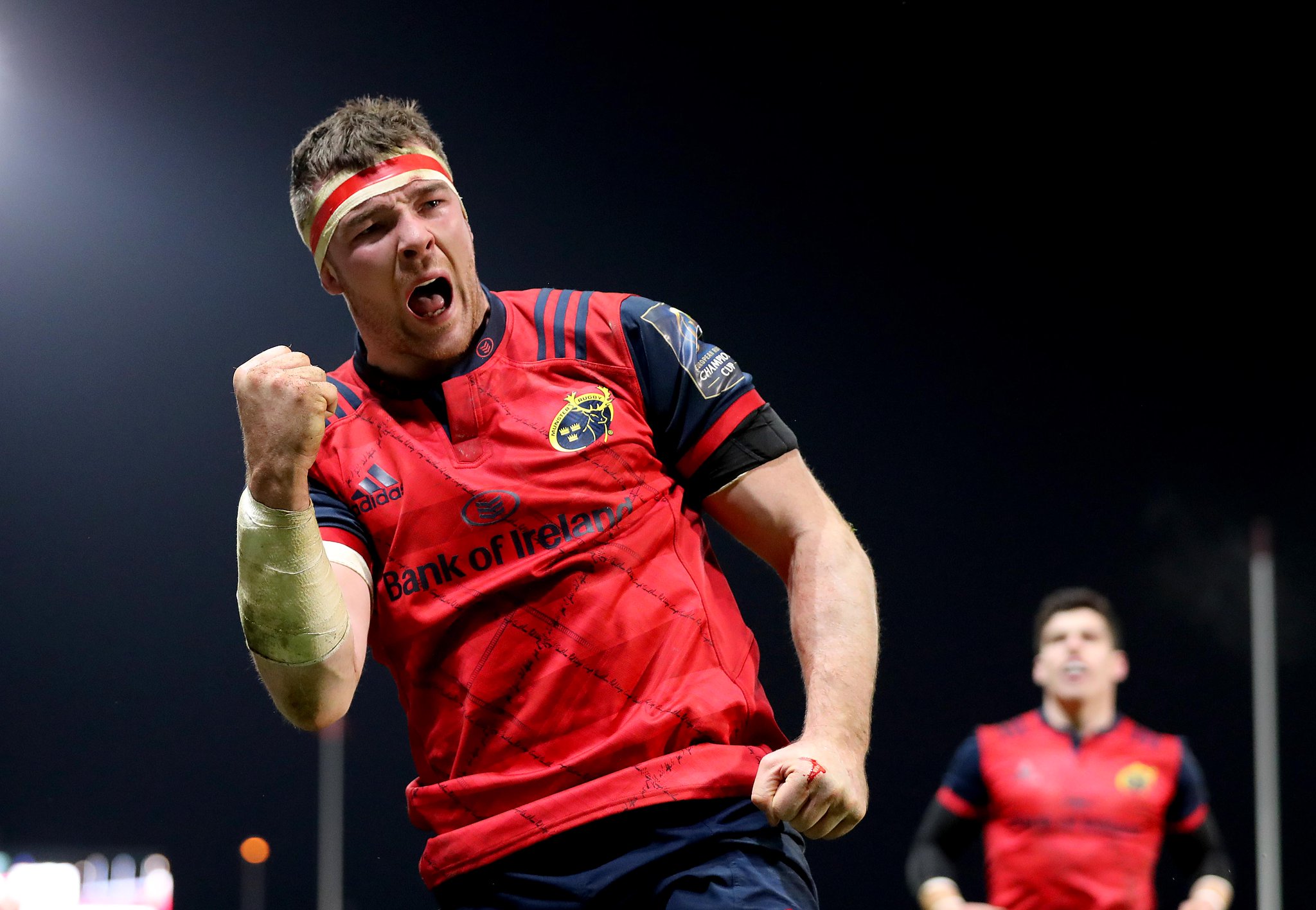 The GIF Room :: The Cleaner

When I played, I had very little interest in the ball. Passing? Didn’t like it unless it was on my left side. Carrying the ball was certainly good fun but when you’re carrying the ball, you miss out on the Greatest Pleasure in Rugby – cleaning guys out.

There’s nothing better. Someone should offer a special Cleaning Out option at a weekend spa and make a fortune. That feeling of lining a guy up, hitting him nice and low and then feeling him crumble away under your pressure is as good as it gets.

And, not only is cleaning out the best craic out there, it’s a vital part of any side’s attacking game plan. If you’ve got a vicious attacking clean out game, there are very few teams that can stand in front of you – legally or illegally.

If you approach the ruck with the right blend of accuracy (mental and physical), intelligence and malice, the opposition is going to have a hard time dealing with you if you can hang onto the ball through multiple phases.

A lot of it comes down to attitude on attacking rucks – do you want to work hard, do you want to put your body on the line to secure a ball for a phase you won’t be involved in? If you do, you’re most of the way there.

Here’s a great example of that mindset in action;

Simon Zebo runs a hard support line behind Conway, who had broken off a loose Tigers kick through. Zebo overruns the ruck initially – looking for the pop pass off the deck, like all sides are trying to do on broken phase like this – but when he sees the pop pass isn’t on he swivels around and gets over Conway to protect the next phase.

Look at him grab Conway’s shirt to make sure he doesn’t get wiped off that ball – that’s attitude for you. On a break like this, your rucking becomes an increasingly zero-sum game. Essentially, you have to make a choice between being a rucker or a runner the farther away from your line the break is.

This example in the second half is a good example;

Zebo’s wide on this play to take a probably scoring pass from Kilcoyne that doesn’t come and Wootton is under big pressure to clean out Dan Coles, who’s timed his jackal excellently. The pass should probably have come from Kilcoyne before he made contact with Ford but, in fairness, an opportunity to wipe out the opposition’s #10 is a hard one for any loosehead to resist.

Young falls down in Wootton’s cleaning channel post-tackle, and that gives Coles the head start over the ball that he needs – from there, Wootton has an uphill battle to get anything.

That said, Munster’s rucking from 1 to 15 was at a pretty good standard in this game, and when it’s good all over the pitch, you can take the ball anywhere and expect to retain it. For me, I look at a winger or midfielder’s ability to clean out a guy in the wide channels as a crucial marker of their quality. Keith Earls is one of the best in the business at it, for example. On Saturday, Sam Arnold made a number of excellent interventions over the ball in wide areas that were crucial in those moments.

Look at this dominant clean out in the trams;

That’s a great work rate and dominant body shape over the carrier. Lovely stuff. Scannell making sure the hands don’t come over the top is a nice touch too.

In this example, you can see Arnold tracing the break from the perfect angle to be a runner or a cleaner if needs be;

He runs an excellent straight line to get another dominant body shape over Kleyn – ruck won, decisively.

If we watch this next GIF, we can see Arnold again in the wide channels;

He steps in at halfback on the next phase and then you can see Peter O’Mahony’s usual strong body shape over the ball separating Hamilton from the ruck.

If you can ruck in the trams as well as you can up the middle of the field, you’ll be in a great position to hurt the opposition, so remember that the next time you see someone snorting about wingers and midfielders rucking ability becoming an increasingly prized commodity.

Saturday night’s game was a great example of Munster in the “flow” of rucking. That beautiful mixture of mindset, timing and physical dexterity makes a complex part of the game look very easy.

The key to any clean out is footwork prior to contact, getting your body height right (the lower the better), and then making sure you use your core strength to transfer your momentum through the target in a straight line and then maintain a strong shape.

If you’re the first to the ruck, you get your body over the ball and brace against a counter ruck. Some guys like to hang onto their teammate’s shirt to help keep on their feet on a wide and long leg brace but that comes down to personal taste in a lot of respects.

On Saturday, Munster were technically and physically excellent in their breakdown work and decision making.

Look at these examples. On the face of it, they are small moments but they’re the nuts and bolts of a good performance;

And I could go on. This was a great rucking performance with some real quality moments from everyone.

Cloete, in particular, had two stand-out moments in the attacking breakdown that showed everything that he was about in this game. With O’Mahony and Cloete at #6 and #7, I think Munster have two of the best breakdown forwards in Europe but when I look at an openside – and a new signing, at that – I want to see what they’re about on attacking rucks on the big stage. What I saw from Cloete was very impressive.

Look at these two examples of what Cloete brings;

He’s a wide passing option for Arnold but when the pass doesn’t come, he hammers into Valentino Mapapalangi, fights for space post-contact, and creates a pocket of space (and a blind spot for Ford as pillar defender) for Munster to work with on the next phase.

A phase later, he’d perform the most impressive technical clean out of the game. Let’s have a look at it;

Did you see that?

Cloete’s cleaning line was blocked by Mapapalangi but he managed to vault him, realign and take Hamilton clean off the ball despite losing the initial timing battle.

Look at how low he gets to the floor while still retaining a horizontal transfer of power; It doesn’t matter if you won the race over the ball when the other guy can scoot along the floor like this while retaining his power transfer. Add in Wootton’s ball transfer, Murray’s scrumhalf line and Cloete’s ability to clean up a breaking ball like this and you have a really good idea of what Munster did on the floor in this game.

If they bring that physicality, accuracy and mentality this weekend, we’ll be in a great spot.