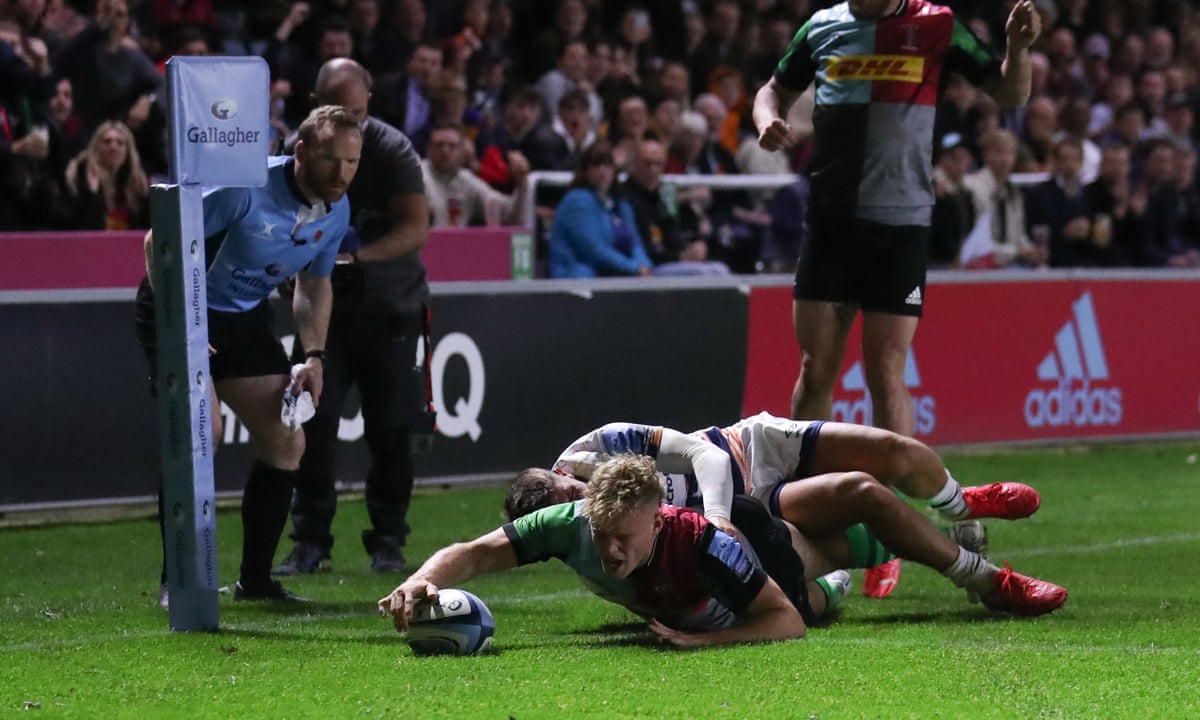 The Downside of Joué

If you’re a Bristol fan, you could be forgiven for looking at Friday night’s defeat to Harlequins as being something of a relived nightmare.

Coughing up another double-digit lead against Harlequins in 40 minutes? A few months removed from that Gallagher Premiership semi-final? It’s like waking up with a start only to find that you actually are in school without your pants and shoes.

It is going to have an effect. It can’t not. I know the very best teams and players have goldfish memories so that they can move on quickly from in-game mistakes and poor results but losing this game after going up 21-0 in the first 26 minutes and leading 24-7 at halftime will take some getting over.

Pat Lam was asked before Friday’s game if his Bristol side was still carrying some mental baggage from that semi-final into this game. He was adamant that it was done and dusted.

“The way I see it is that game was nearly three, four months ago. For me it’s about the here and the now and Quins on the weekend. That’s how you go through the grieving process of any game, is to go through it properly,” Lam said.

“Straight in, before the holidays, (we) brought everybody in and said ‘right we’re going to go through the game’. I’d already cut my clips and everything but I just showed first and foremost the 30 minutes of the first half. I said this is some of the best rugby. And I relayed it back to how we play our game the Bears way.

“And then what I related, when we lost the game, was the second half. We had exactly the same opportunities but suddenly individually, what they did in the first half they didn’t do it.

Those bold bits stuck with me because when it comes to Bristol’s big losses in important games over the last year or more, I think those two concepts – “playing the Bears Way” and “not being able to execute late in the game” – are intrinsically linked.

There’s no doubting that, when everything clicks, Pat Lam’s Bristol Bear’s side are capable of scoring some outstanding tries and doing so against almost anyone. There’s also no way to untether their poor start to the season from the loss of Semi Radradra to a knee injury. He was a massive get for the Bears and he is a crucial component to the successful execution of their style of play.

At their core, the Bears play an “isolation” style game that is designed to put guys like Radradra and Piutau into wide positions with space to get one on one with backpedalling or over-extended edge defenders. Those players have the handling/offloading ability, power and pace to hurt any opponent, especially when they take possession after two passes towards the wider channels. 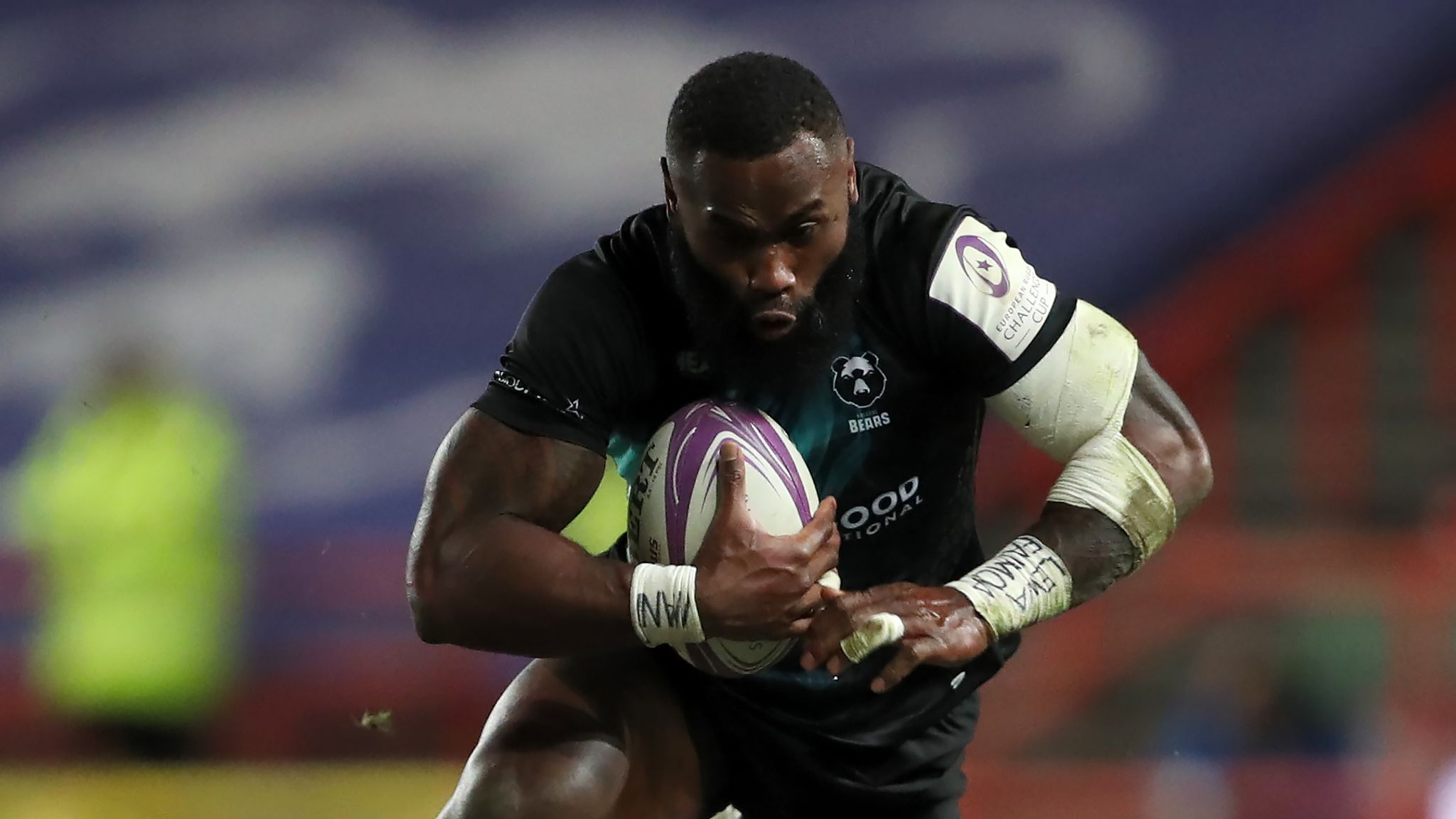 When it works, it produces fantastic “flow” opportunities that can be incredibly difficult to defend at any level, especially off a deep wide-wide play or a strike off the set piece. Guys like Piers O’Conor, Alapati Leiua and Sam Bedlow are good players but they do not and cannot bring what Semi Radradra brings directly, or the active buff he gives to those around him, especially Charles Piutau.

To play the way that Bristol do, they need phases – especially when they are generating position in open play – and width to affect the isolations that they want to play with. They “play the game the right way” but, to play that “right” way takes a lot of energy to create the pictures they want to play with. Why are Bristol having such a tough time seeing out games and coughing up big leads?

I think the style of play that they are using is directly linked to that drop-off. Most of it, in my opinion, comes down to their use of kicking and their kicking tendencies on the whole. From an energy output perspective, Bristol are one of the most inefficient teams I’ve ever seen.

Look at the amount of rugby they play deep in their own half.

Time and again, Bristol burned through multiple phases deep in their own half while under the highest line speed and breakdown pressure. That, coupled with the width they need to get to make the system work, puts huge “up and down” AND lateral pressure on their forwards to resource and protect the rucks that form when Bristol can’t get that isolation breakthrough. This season in the Gallagher Premiership have a Pass Per Carry ratio of 1.58 across their games to date, which is incredibly high. As a reference, Harlequins have a PPC rating of 1.32.

What PPC shows us in a very broad sense is the width that a team plays with. If you have more passes than carries and every pass is a lateral extension of the play – because passes can’t be forward, cutting edge analysis here, I know – the further you move laterally from the last ruck, the more pressure there is on your pass quality and breakdown accuracy. Even though Bristol look to be trying to address this issue with their back row selection – Heenan and Harding started the game in clear wider support forward roles alongside Luatua – I don’t think balance or quality is where it needs to be. The loss of Ben Earls from their roster as a dynamic strike wing forward will have – and already has – a long term impact but the biggest issue is the stress that the style of play seems to be putting on the Bristol front five.

As the game progressed everything began to drop off, from their lineout performance to their scrummaging, even to their support lines off maul breaks. When Marcus Smith is winning turnovers off a maul break because the forwards aren’t in range or getting easily bumped off their lines a few minutes after a two minute long, 14 phase lung burn sequence – I start to wonder about Bristol are using their onfield resources.

That wasn’t an isolated incident either, especially in the second half where the wheels fell off in a dramatic fashion. Look at the width they looked for almost constantly in lieu of getting the ball off the field?

From a recruitment perspective, I think Bristol need to invest heavily in a tempo controlling #9, a Combo Flankers with a lineout speciality and a breakdown focus and a second playmaker archetype in the outside backs to better sustain the width I think they need to generate to make their system run more consistently as teams begin to crack their patterns and tendencies.

Without smarter use of their playing resources on-field, they will struggle to beat the very best sides and even struggle against anyone who works out how to contain them.