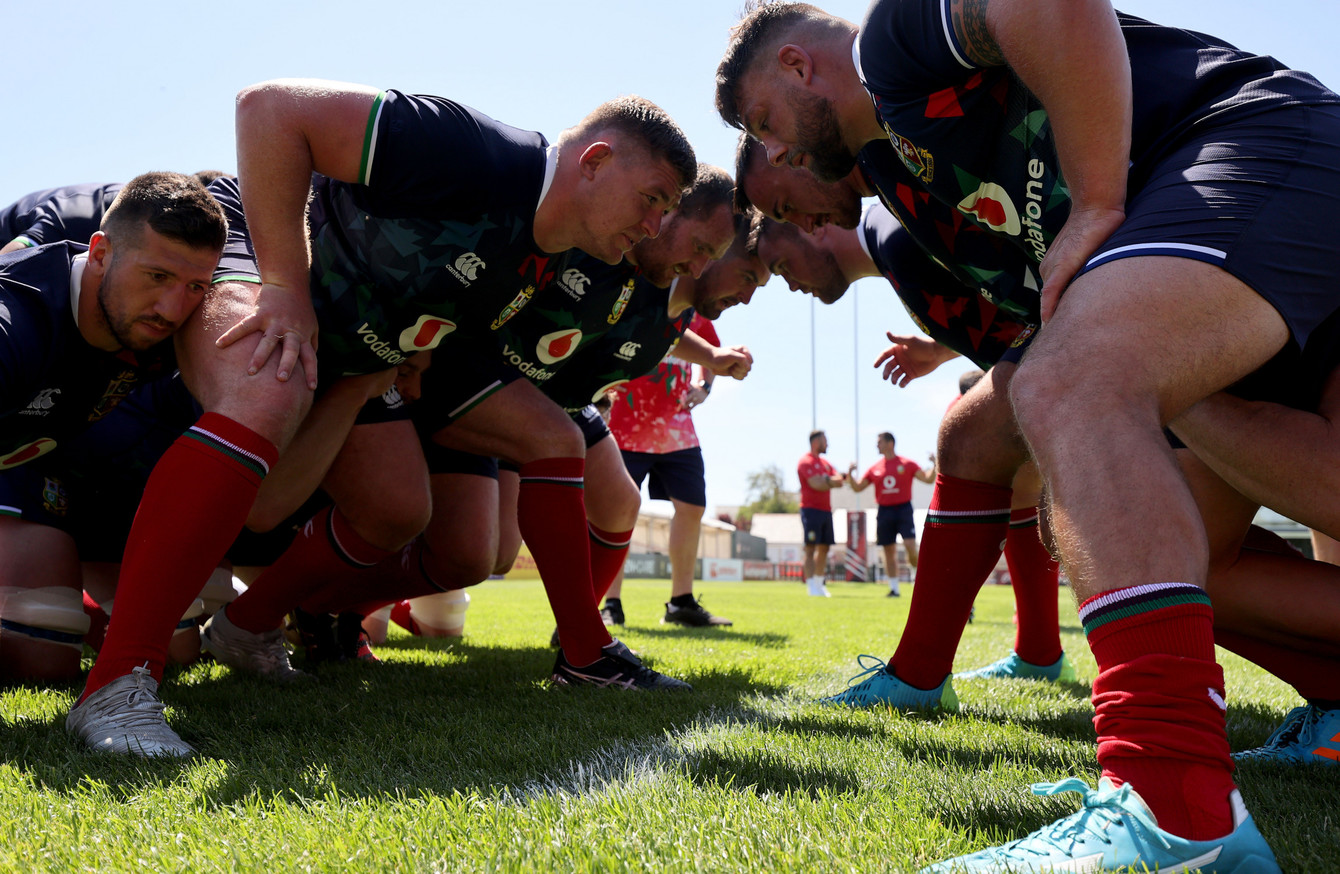 Style of the Lions

By Tom Savage7 min read
There are some fundamental truths about a Lions tour that have made the entire concept more and more difficult as we have stretched deeper into professionalism. This is a game that runs on cohesion and succeeds when established combinations of effective rolesets are found, played together and then retained for big, must-win games. Normally club coaches and test coaches have a lot of time to identify these players, build a game to get the best out of them and then establish key relationships in the tight five, back row, halfbacks, midfield, back three, and then inter-linked sub-group relationships between the back row and halfbacks, the halfbacks and midfield, scrumhalves and chasing units, the back five in the pack etc. Teams who have these established relationships between quality players and who play a consistent, bedded in style of rugby regardless of what that style is are more successful than teams who do not have these things.

When a coach has all this plus a team full of role specialists in each key position and talented support players who can cover multiple roles, their team will win trophies and big game more often than not. But this is not an easy thing to achieve – otherwise, everyone would be doing it.

For the Lions, getting all of these concepts together in the extremely limited time they have before the tour, with the limited sessions they have on-field as a group when they are also expected to compete against what are traditionally the best teams in the games is the biggest challenge in rugby. Sure, they can pick the best of the best players eligible and available but that’s not even half the battle. 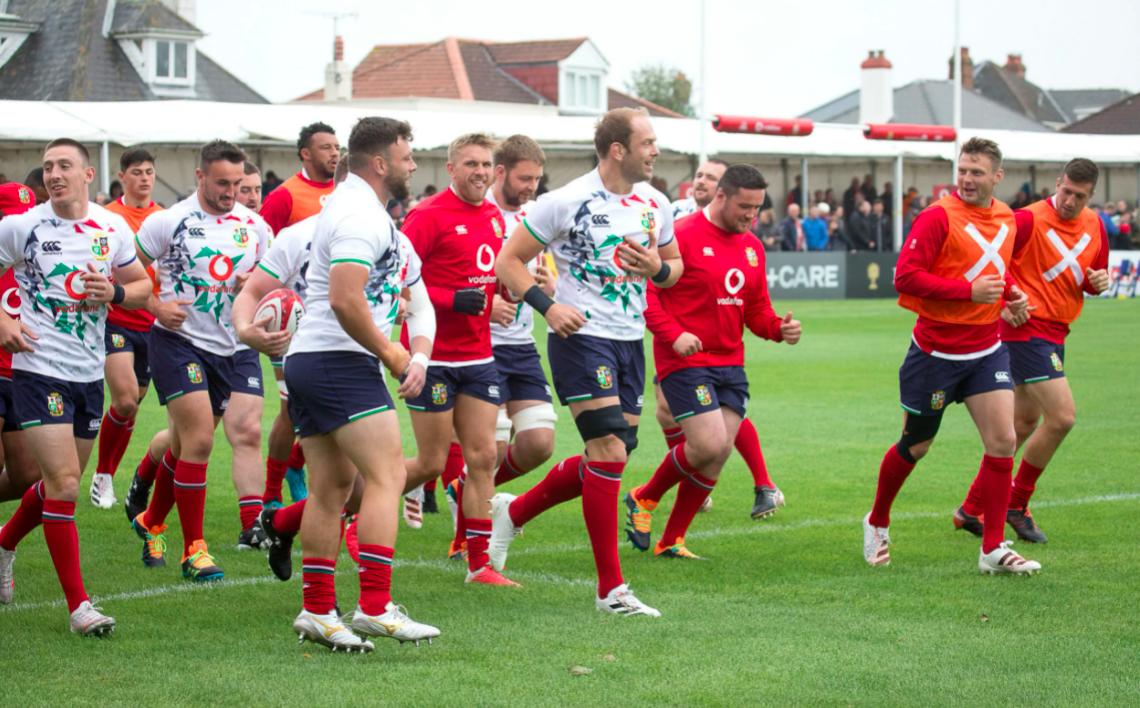 It’s why I rate the tied series with the All Blacks in 2017 as one of the greatest coaching achievements of the modern era and why I have to be inherently suspicious of people who reckon Warren Gatland up there as one of the greatest coaches of all time. The Lions had very little cohesion, a game plan that only saw the rubber hit the road a few games before the first test against the All Blacks and guys coming in from all corners of the game in the UK and Ireland.

That series should have been 3-0 to the All Blacks.

Sure, you might point out that 2017 was a year past the peak of that back-to-back World Cup-winning All Black side but all indicators before that tour pointed to an All Black whitewash. That the Lions managed to tie that series is a serious achievement by the players and the coaching staff to construct a system that would work in the most difficult place to win in the world for an away side at that time.

I’d rate what Rassie Erasmus did with the Springboks from 2017 to 2019 to a similar level, albeit with a time advantage that Warren Gatland didn’t have. Rassie also had the advantage of being able to see what plainly wasn’t working over multiple seasons and make changes immediately based on that, another advantage that Gatland doesn’t have.

The challenge for Warren Gatland this time around was something of a throwback – he had to construct a game theory that would work against a champion side that had won a World Cup in 2019 but that hadn’t played as a unit in a number of years. During normal times, you’d have a good idea of what the Springboks were doing at this point – you’d have a Rugby Championship and a bunch of Autumn and Summer tests at the very least – but with the pandemic, they haven’t played as a collective since the World Cup final. 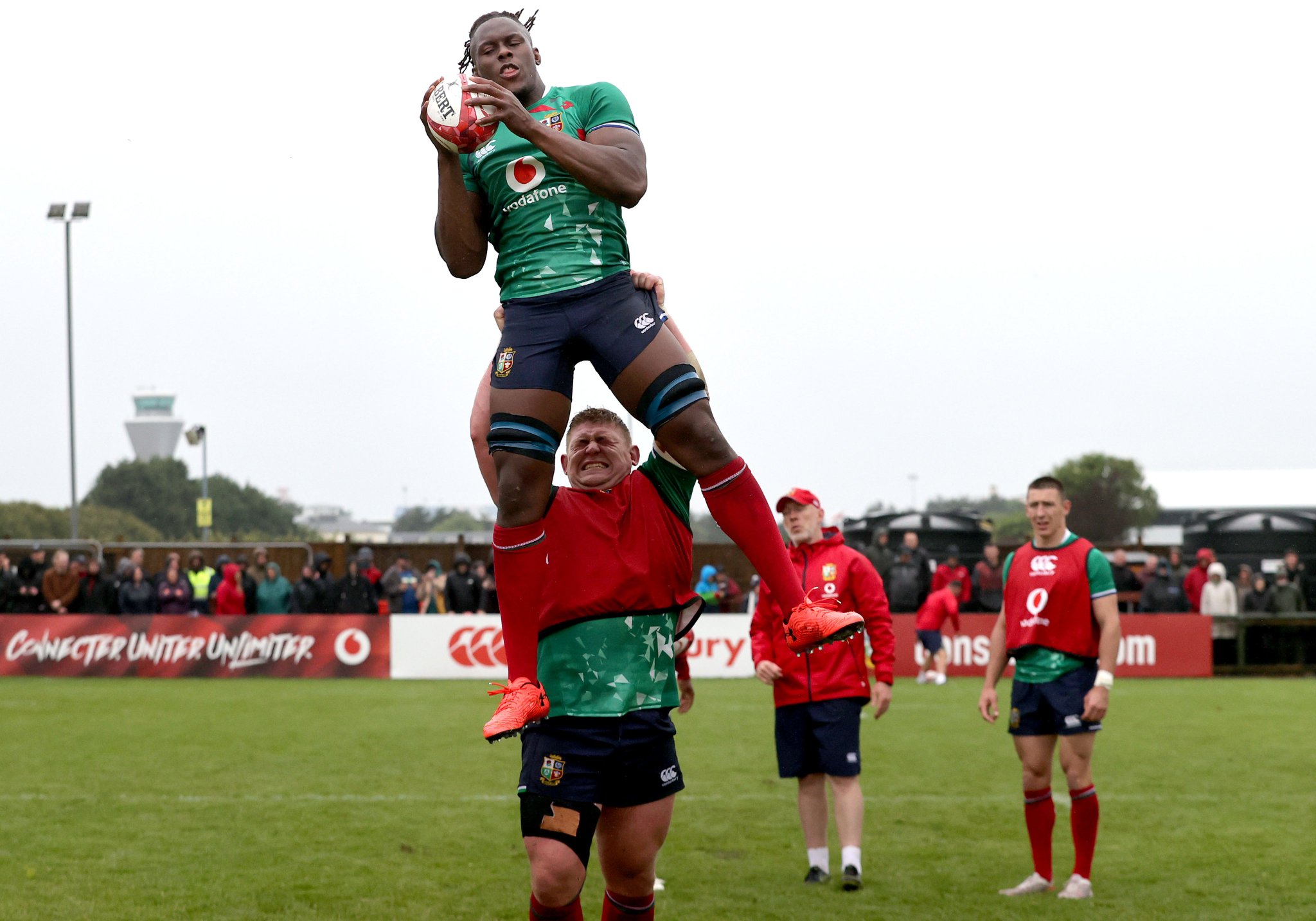 Are the Springboks going to be the same side that broke the world in 2019? Will they stick to that plan and style that was so successful in 2019 knowing that it has been analysed to death in the two seasons since? Or will they change their own systems in line with what they would have schemed post-2019 and put themselves under similar constraints to the Lions in that regard? We just don’t know. I don’t see any possibility that the Springboks stick to the exact same template as 2019 but what that looks like in 2021 is a mystery.

From a Lions perspective, Warren Gatland and his coaching unit would have to work out a way of playing that would be simple enough to be picked up quickly by a diverse collection of individuals coming from dozens of different club and test systems, that respects the physics of the game that have developed on since 2019 and that is actually effective against the current World Champions, regardless of what way they play.

What does that look like? Well, in that regard, Warren Gatland’s first 2021 Lions selection shows us quite a bit of what their principles of play might be.

Here’s the actual Lions selection to play Japan this weekend. 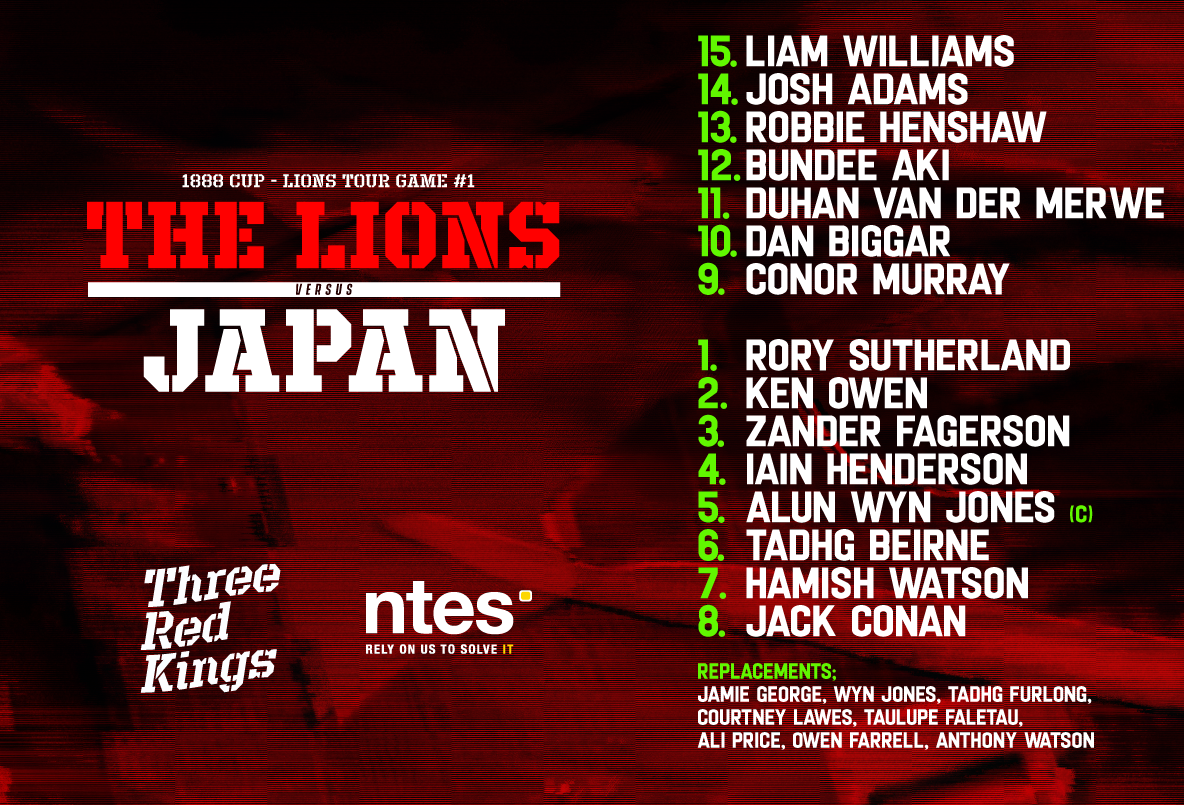 It remains to be seen how close this will look to the team that starts the first test but when we break down the role sets outside the halfbacks, what do we see?

This looks like a system that will look to put a lot of kick pressure on the receiving wingers/fullback – it’d be foolish not to use Biggar and Murray’s core skills in this regard – but I’m mainly interested in the breakdown of the back row and outside backs.

Going with a pair of power wings is probably the safest schematic bet you can make in the modern game if you had a free pick of almost any player. Adams and Van Der Merwe are two of the best in that role in the Six Nations right now and offer you the kind of wide power, strong chasing, effective kick passing targets and set-piece power that any system can utilise easily.

When I see power wingers on any side, especially two of them, I see a system that will likely run a 3-3-X/3-2-X shape with Conan and Watson as wide runners with Beirne in that wider two/three pod as a heavy handling option. Long term, I don’t see any way that a fit Stuart Hogg doesn’t start the tests as a strike running playmaker at #15 so the question is whether Gatland intends to put Farrell at #12 in this structure outside Biggar or go with two hitters in midfield. This selection is very much focused on Biggar as a primary playmaker with Aki/Williams acting as secondary handlers and, in a lot of ways, I think this game puts a lot of pressure on Aki and Williams to show that they have the chops to play the combination roles required of them. For both players, I think that looks like extra distribution on top of their core output. Can they add the extra two or three passes they need instead of their usual involvements and have those moments be of the quality required? If they can, they might upset what we think the apple cart heading into test one looks like.

Beirne’s selection at #6 is broadly in line with what I had expected based on what I had schemed for the Lions. This game against Japan will be a tester for some of the principles involved, for certain, but I think Beirne gives Gatland the perfect half-lock roleset going forward. 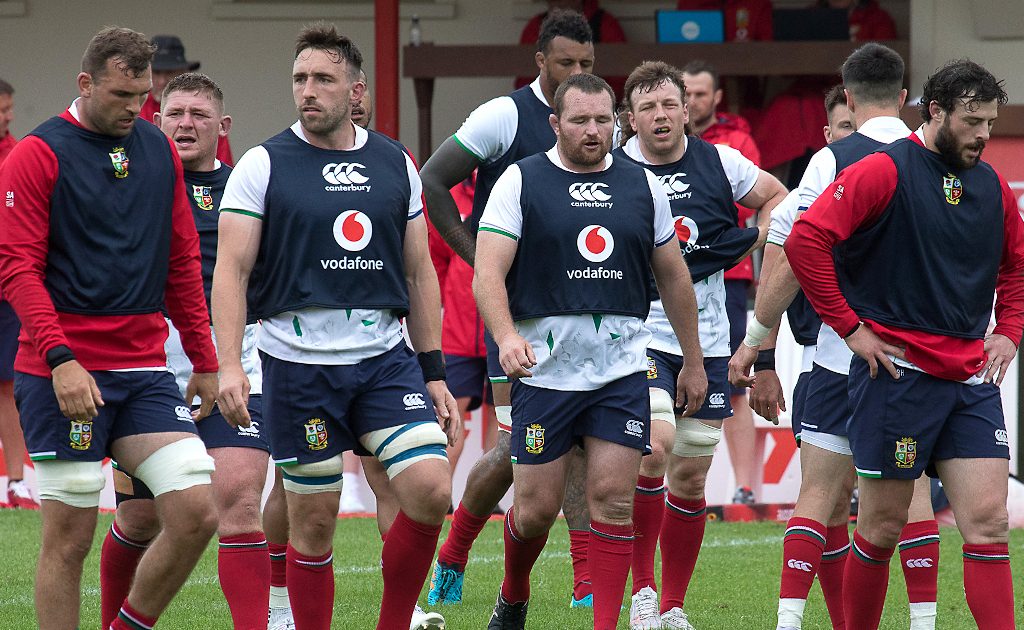 As Gatland said himself this week;

“I spoke with him the other day and asked, ‘What’s your point of difference?’. He knew straight away what it was.

“It’s his ability at the breakdown, and turnovers – and the amount of turnovers he creates in a game is pretty special… those type of things can change a game, and you need players like Tadhg to create an impact in a match, and he is able to do that.”

There’s nothing to say that Beirne couldn’t effect the breakdown in the second row but when you select him as a backrow, you increase the width of his defensive radius and it allows you to select bigger defensive hitters in the second row. Who wouldn’t want the likes of Hamish Watson and Tadhg Beirne attacking the breakdown after impact tackles from Itoje and Alun Wyn Jones? That isn’t to say that Beirne isn’t capable of making impact tackles but if he’s one of the best poachers in the game -and he is – why wouldn’t you want to maximise that by putting big defensive second row hitters in front of him?

As half-lock, you get the best of both worlds in that Beirne gives you full lineout capabilities on both sides of the ball – which will be important against the Springboks – he’s a strong, heavy scrummager on the flank and when you reduce his primary defensive output to mostly poaching and wider tackling, you open up more offensive involvements for him as he’s an underrated power carrier and a highly skilled passer of the ball.

It’ll be interesting to see how it all starts to come together against Japan but keep an eye out for Beirne, how he dovetails with Watson on the kick chase and the Lions shape up on phase play. I’ll be covering it all on the Wally Ratings for the game against Japan regardless.