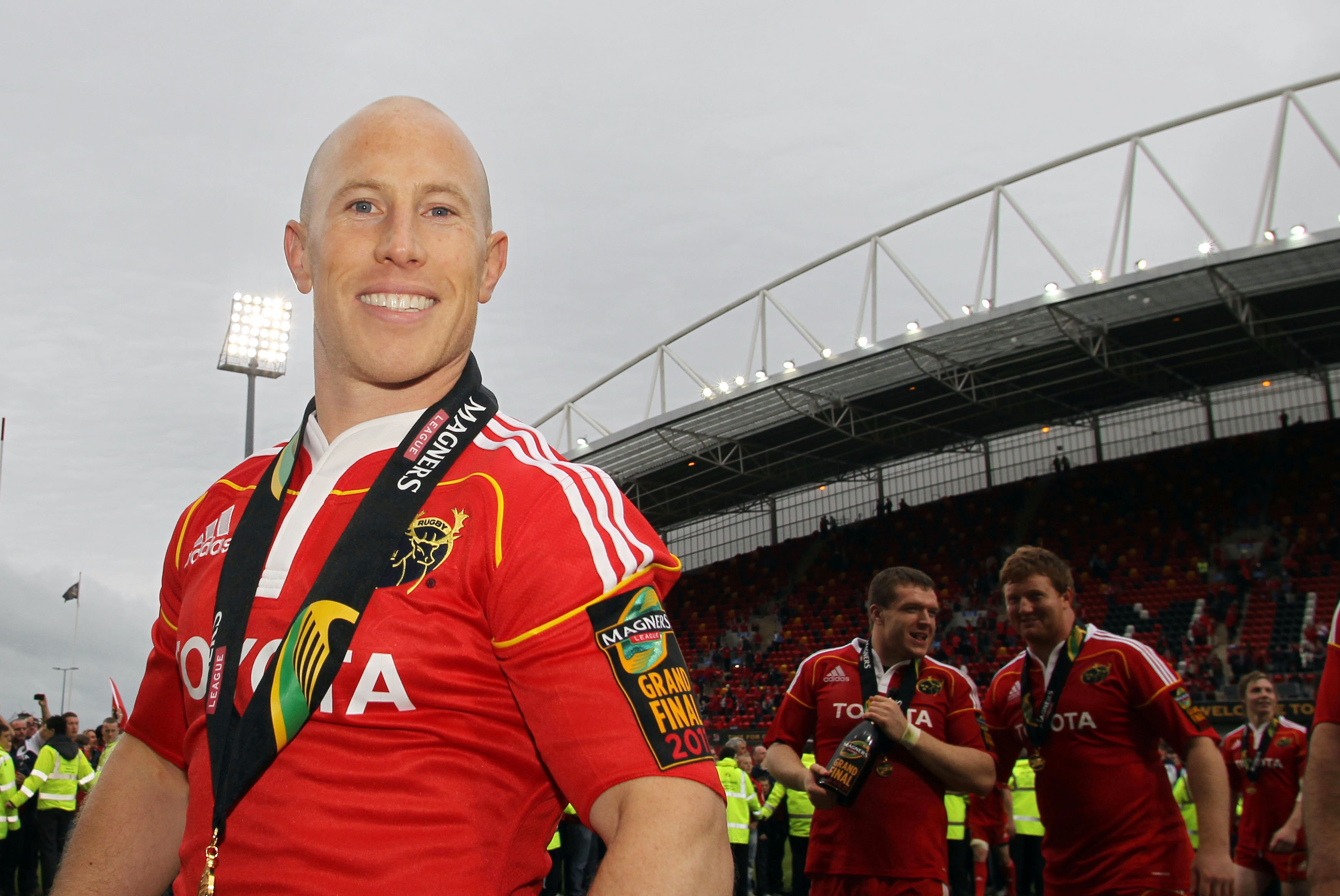 Eight metres out and eight metres from the touchline, he planted his foot at the back of the scrum into the slightly greasy, half sweaty turf, just like he always had. Sometimes it was the right foot, sometimes it was the left, but the plant always preceded the lightning whip of the ball, like something you’d see out of one of those baseball pitching machines.

Dmitri Yashvilli and Imanol Harinordoquy knew this story inside out, or so they thought. When Peter Stringer gets his hands on the ball at a scrum, 99.99% of the time he slings the ball to Ronan O’Gara. As with most things in life, it’s the 0.001% that catches you out.

When the man himself announced his retirement this week, it finally heralded the end of that great side of 2006. After Donncha O’Callaghan’s retirement earlier in the off-season, Stringer was the last man standing. That’s what happens when you’re still playing professionally at 40 years of age. A post on social media confirmed that one of the longest top grade professional rugby careers was finally at an end. Twenty years, 451 professional appearances, 24 tries, 98 international caps and three billion passes thrown – just a rough estimate. Not a bad innings for a guy who was probably the smallest man on whatever pitch he happened to ply his trade on unless he was on the same pitch as Aaron Smith or Faf de Klerk. 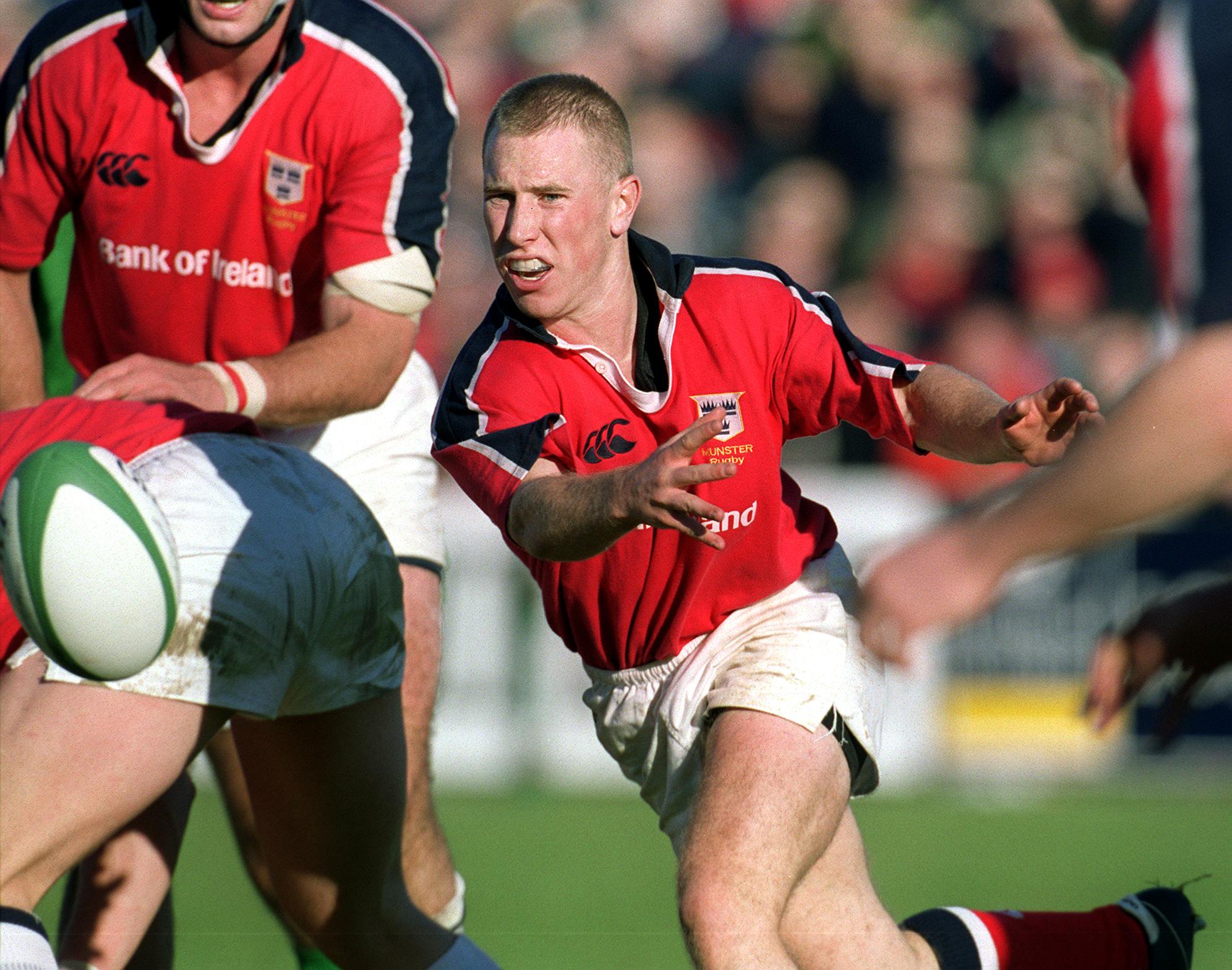 In a modern game of goliaths, Peter Stringer was often the lone exception but he never played small. When it came to sheer presence on the pitch, he dwarfed almost everyone. You knew when Peter Stringer was on the field. The bald head, the shark teeth mouth guard, the best pass in the game – it stands out.

During his pomp – and even recently when I watched him for Worcester – I never noticed Stringer’s stature as being an inherent negative. He was in immaculate shape, he was technically perfect, he didn’t have one inch of wasted motion on the pitch and he bossed everything from the maul to the break of the scrum. Think of how often you would have seen Peter Stringer directing and snapping at Munster or Irish maul over the years. While you’re thinking of that, just imagine how many times an opposition coach would have thought about targeting Peter Stringer in open play or off the first phase with a power runner? They rarely, if ever, managed to get their hands on him and quite often, it was Stringer who got his hands on them – their ankle, to be specific.

You could lock Stringer in a phone box with a bag of angry wasps and he’d walk out without a bump on him.

That played a large part in how Stringer managed to stay at the top for so long. As a professional, there were – or are – very few people who touch Stringer for physical preparation and technical application of his core skill set. This guy knew that to make it, he’d have to have something that no one else could match. All along the ladder, there will have been scrum half rivals that could offer bigger size, more pace, longer kicking but there was absolutely nobody who could offer a better pass. He had an outstanding range, pace and accuracy with his passing game that many scrum halves could still learn from. Peter Stringer retires as one of the last of the Golden Generation and a key architect of the success we know today. 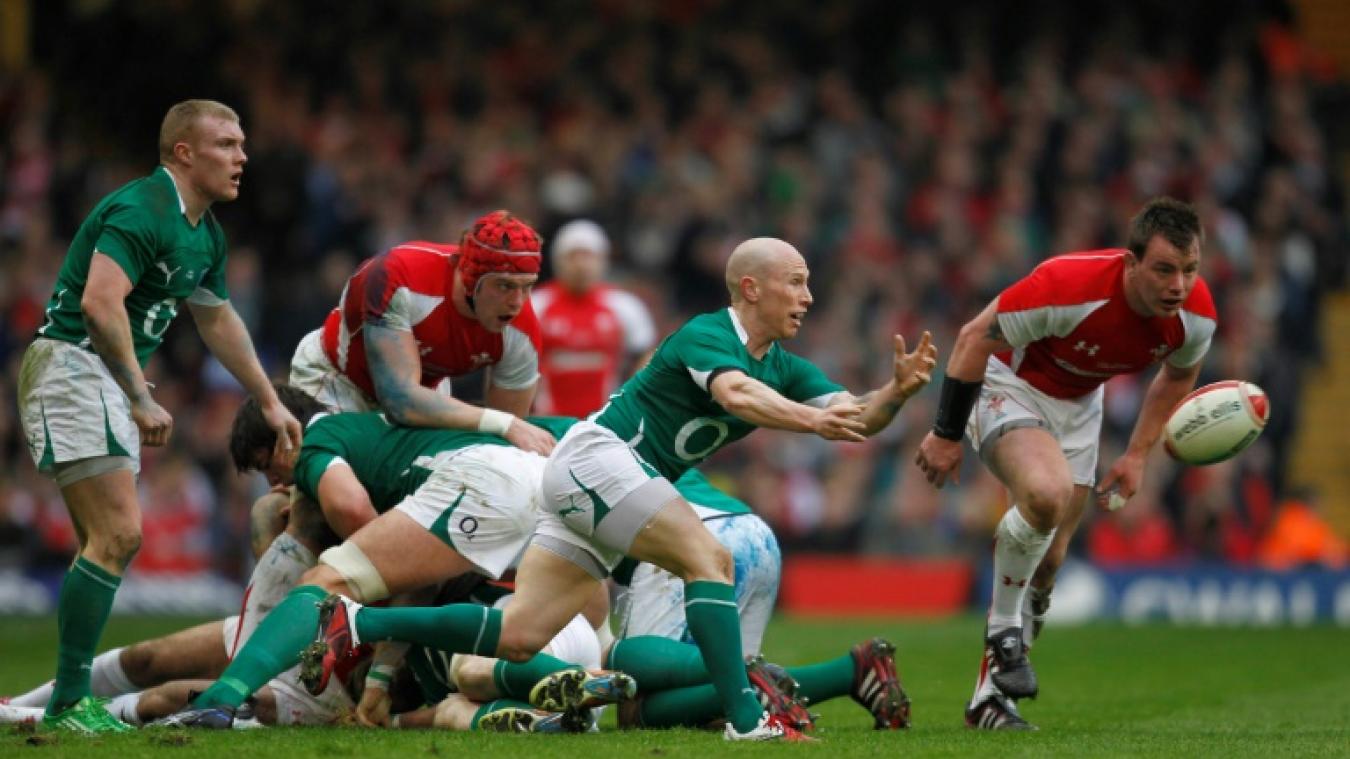 His Munster and Irish career coincided with the historic ascension from what we were to what we would become, and his technical prowess, professionalism and toughness was a key part. Almost every good memory from the 2000s has Peter Stringer involved. Who ankle tapped Dan Luger in Lansdowne Road? Who snagged Robinson in Twickenham? Who passed the ball to O’Gara for the Slam?

Who fooled them all in Biarritz?

The match clock showed that 31 minutes and 16 seconds of the 2006 Heineken Cup final had elapsed when Peter Stringer flipped the switch of a lifetime in what was then known as the Millenium Stadium. Yashvilli and Harinordoquy had already decided they knew the future but they were reading the wrong tea leaves. At 31 minutes and 17 seconds, Peter Stringer stooped to grab the ball, spun off his right foot and scurried around the side of the scrum leaving Serge Betsen groping the breeze. Cardiff erupted. 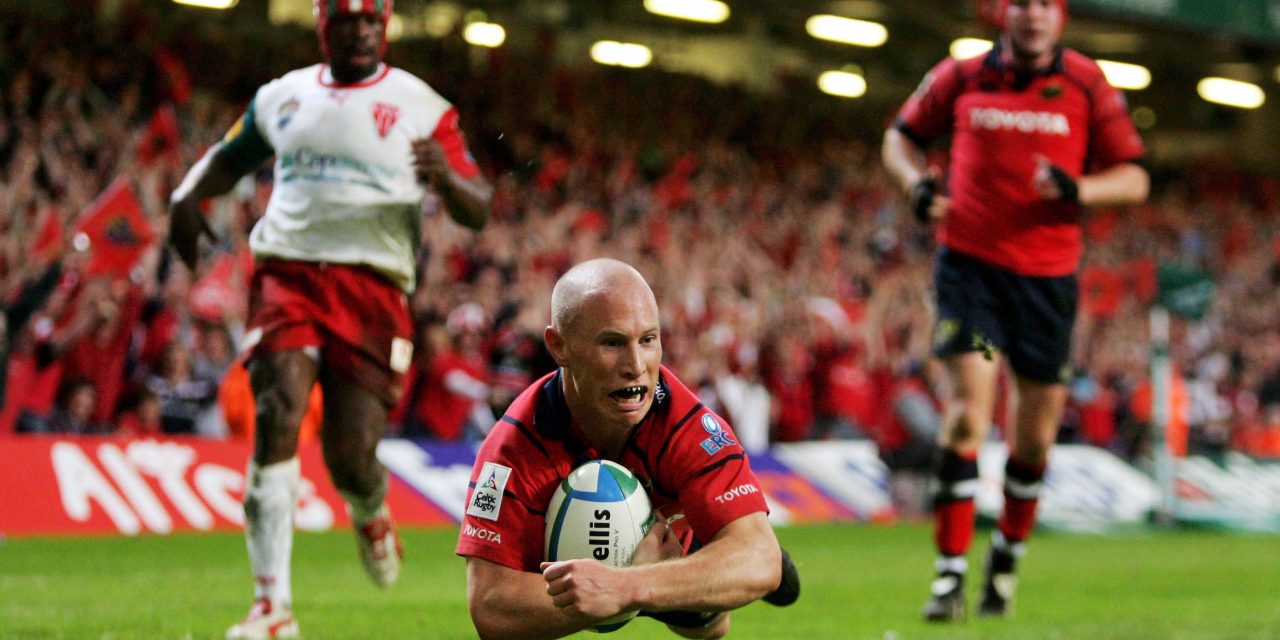 Stringer had fooled them all and shot Munster into a lead that they wouldn’t lose. About an hour later, he was kicking the ball into a half weeping, half roaring crowd as a European Champion and a man of the match to boot. The heartbeat, the metronome, the fastest pass in the West (or any other direction on the globe you’d care to mention) – there’s only one Peter Stringer.

Thanks for the memories.