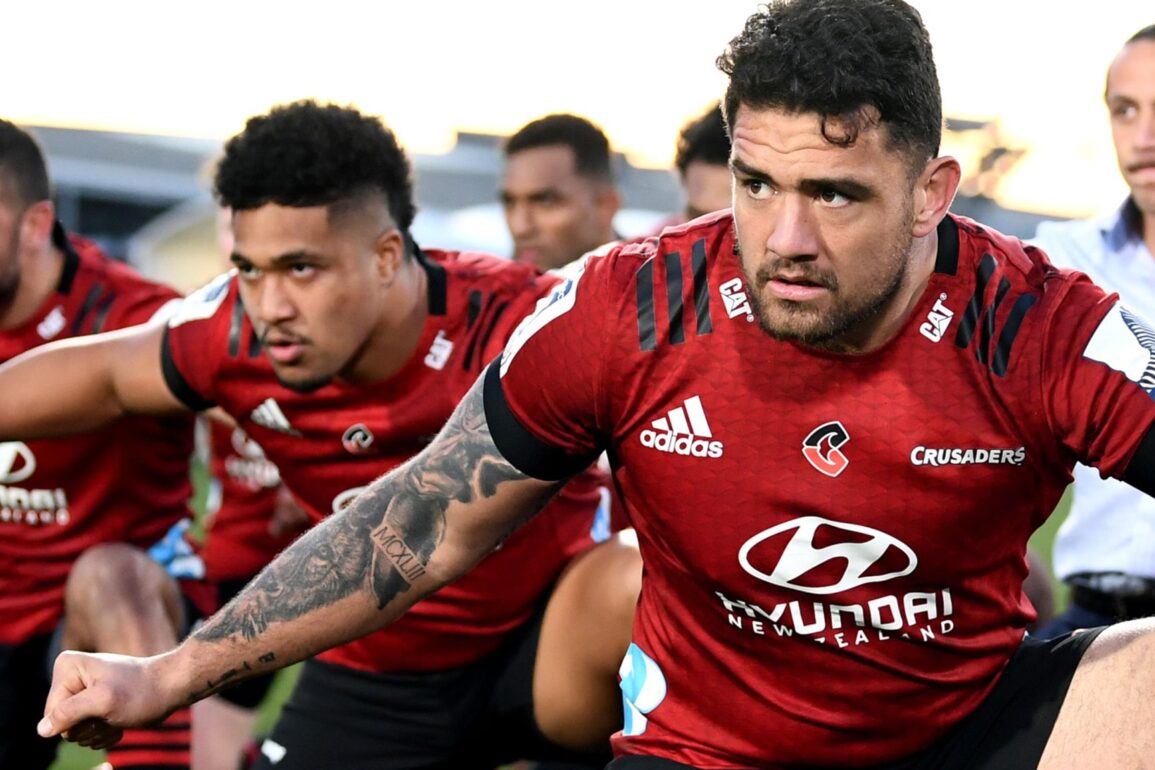 Sawing The Magician In Half

Looking behind the magic trick.

By Tom Savage5 min read
SponsoredHellbent
Anything that looks like magic can usually be broken down into highly skilled individuals performing a specific plan. Did the magician really just read your mind to find the card you chose right after you shuffled the deck? Of course not. It was all part of a highly specific sequence of events that all had to fall in place so that the trick could work. Sorry for, like, ruining magic for you.

When I was 16 I went through an awkward phase of learning card magic for… well, I don’t know, reasons. I bought the books, I bought the sets and look, it was deeply tragic, I’m not denying it. Anyway, one of my favourite tricks was also the easiest. You take a pack of cards and turn the bottom card in the deck so that the pattern is facing the floor. You keep the cards in a block, tilt them slightly down and tell the poor, unsuspecting mooncalf that they can yell “stop!” at any time as you flick the cards up with your index finger. When they do just that, you allow them to pull out their card. “Show your card to the room,” you say as you turn around. “I won’t look!”

As the gullible tomfool shows their card to the room, your devious magician flips the deck of cards over as subtly as possible. To the audience, they’ll see the face-down card you flipped earlier and assume the deck hasn’t changed. When they’ve shown the room what their card is, you turn back around and tell the silly goose to put their card in a random spot as you run your finger on the outside of the deck. When they do, make a big deal of bringing the deck back to your body and shuffling the deck. Before you shuffle them, flip the card on the top back to the right way and shuffle the cards all you want. When you look down at the cards, your soon to be amazed party guest’s card will be the only card that’s facing the wrong way. You can then produce the correct card to the astonished room using whatever gimmick you fancy. Magic!

The Crusaders’ try against the Highlanders on Sunday was a good example of something looking like magic but actually being the product of deliberate thought and structure. My man Graham from the Dead Ball Area alluded to this at the weekend with this tweet.

can we put to bed the myth that NZ Super Rugby teams don't play with structure and take more risks?

Support running and offloading to a man in a better position isn't unstructured or risky, it's highly trained structured play – watch how they move off the ball. https://t.co/fDmAowbCgg

What does he mean by this? Surely this try was the product of joie de vivre and Barbarian spirit? I don’t think so. In fact, I’d almost be certain that Crusaders – and most other sides – have drilled situations just like this pretty regularly. Having the confidence and the skillset to accurately execute after the break to the point of scoring is another thing that comes down to the individual’s ability but structure plays a key part.

What is “structure”? It doesn’t have to be a dirty word. Just think of it as a pre-planned framework that allows everyone to execute a skill with the “thinking” done in advance.

Let’s have a look at the first part of the sequence to get an idea of what I’m talking about.

The move itself started off a Crusaders lineout. They took the ball down off the top, hit Goodhue, swivelled the ball back to Mo’unga and he slung a pass wide to Reece/Jordan.

It gets a little messy directly after, and I’ll get to that, but the initial part we’re seeing here is a variation of a scheme they used against the Chiefs last week.

I think this option was looking to exploit a high, narrow blitz by the Highlanders’ winger but he managed to shift with the passage of the ball and not get tangled up by Jordan. If Nareki doesn’t evade Jordan here, Reece gets the bounce and advances down the line. 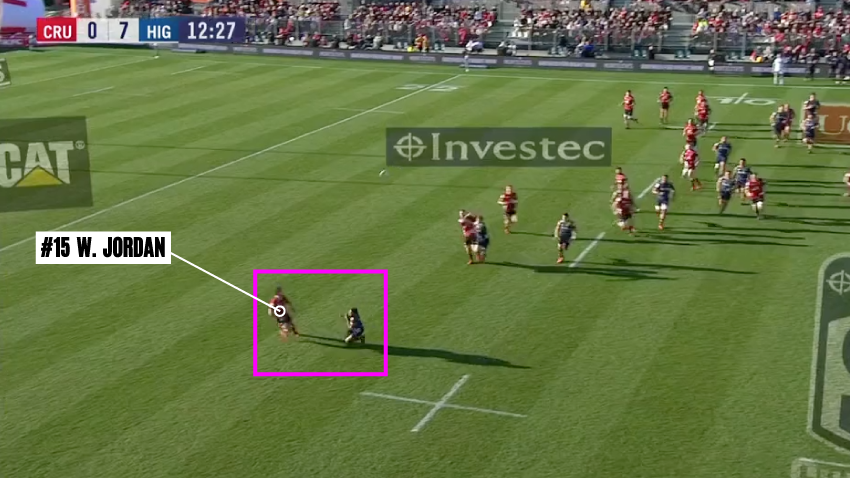 Nareki does really well. As the ball bounces, Nareki shifts onto Reece and we have a transition event. This is the real unstructured part of the play. There are three Highlanders defenders in immediate proximity and the game for the Crusaders here is to find the open man and then advance forward with the ball. 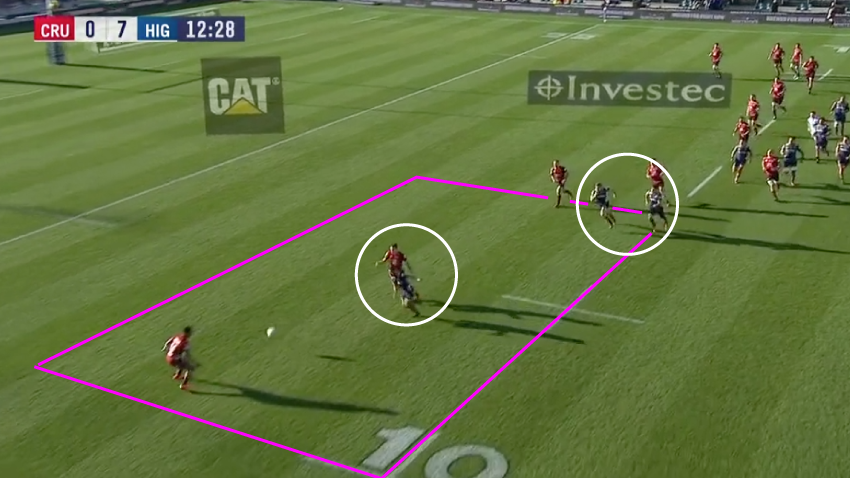 Pretty simple, right? This is where individual skills and group mentality comes into play. Keeping the ball alive to find the man in open space would be a general instruction in these moments. Make yourself available, work back to be an option, back yourself to make a pass to the open man, support the runner as a pass option first, ruck option second.

Was Jordan’s pass a little reckless? Sure. But the support was there and everyone not in the vicinity of the ball was already reloading into the structure. Hall had already spotted the opportunity developing as the ruck formed in front of him. 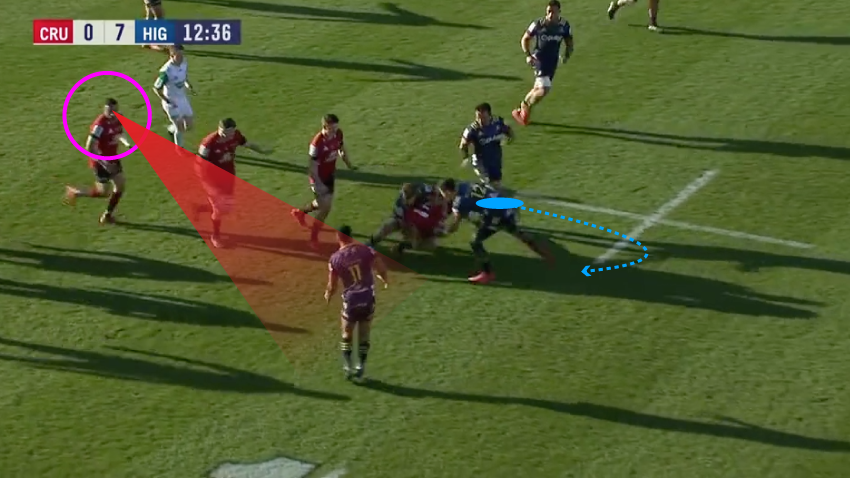 He knew that Dixon (and another Highlander forward behind him) was going to circle around the ruck but that would still leave a workable blindside if Hall could unlock the overload that he knew would be there.

Hall broke from the ruck, attacked and froze the first defender and then backed his pass to fizz across the space to Reece who, as we know, is a consistent touchline hugger for the Crusaders on most of their attacking schemes. 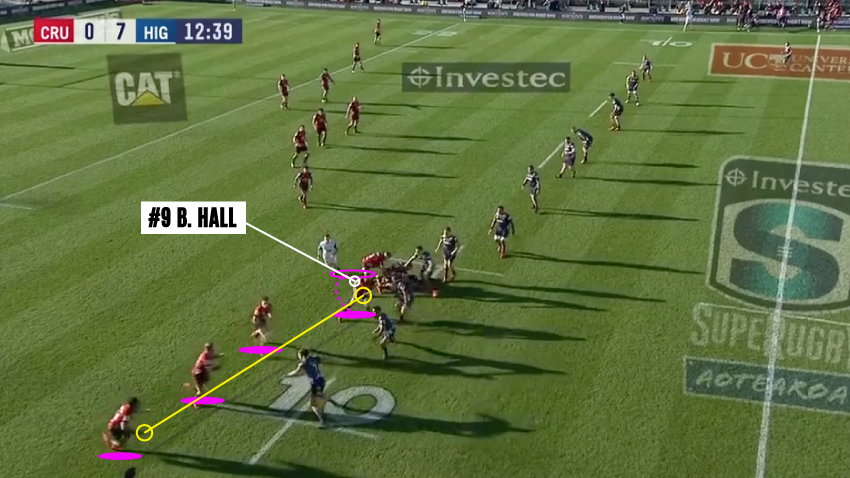 Once that ball beats Hunt at the edge of the defence, the break is on. What happens next almost certainly isn’t the product of a group of players just deciding to “play” – it’s a coached-in, hardwired support system clicking into action. They “link the chain” across the break. 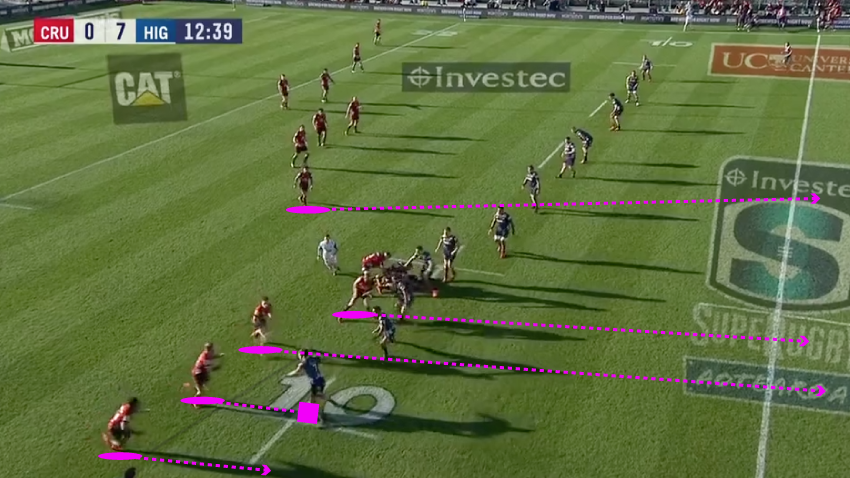 The last edge defender has to get scragged and that gets done immediately. Everyone else shoots forward in support with relentless basics – stay alive as a pass option, don’t over-run the ball, space the field, don’t crowd the runner, square up before passing.

Let’s play it out.

You can see the coaching in George Bridge’s support line. He can see that Hall has the first pass covered but he knows that the next pass to the central support will be difficult to make on the run so he wipes across Hall’s line to cover the space. He’s essentially running a bridging line to “extend the chain” to the inside runners. 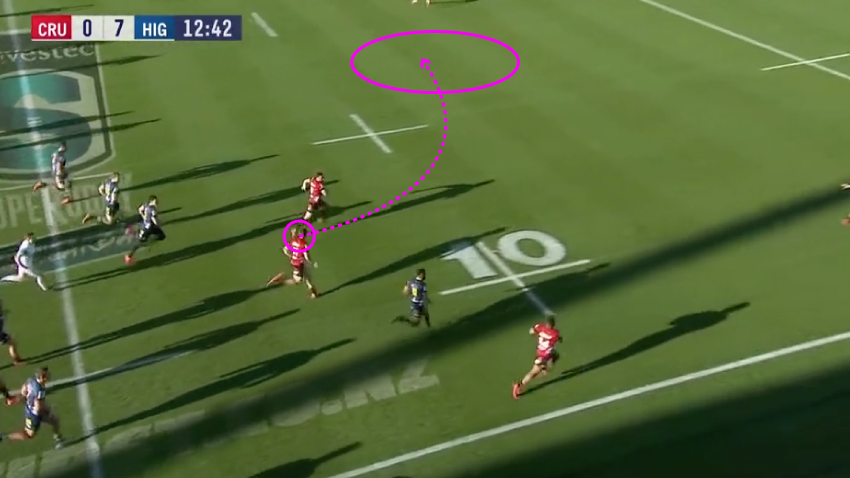 Reece has to make the pass, yes, and Hall has to draw the defender but it’s Bridge’s smart work to link Hall to Mo’unga that makes it. The structure allows good players to play and gives them reliable decisions. How do we know that this was a structured play? Well – compare the GIF from the Chiefs game to the original action off the lineout and then look at what happened directly after the ruck.

A three-man short side overload designed to split the opposition defence on a 1/3 to 2/3 separation. The players are different – bar Reece on the touchline – and how they got there was slightly off plan but the intent and the scheme was the same. Very little in the modern game is left to chance and this wonder-try was no different.

Structure doesn’t stifle creativity, it gives creative players reliable options so they can make join the dots in the half-second they have before the defence smashes them into next week.