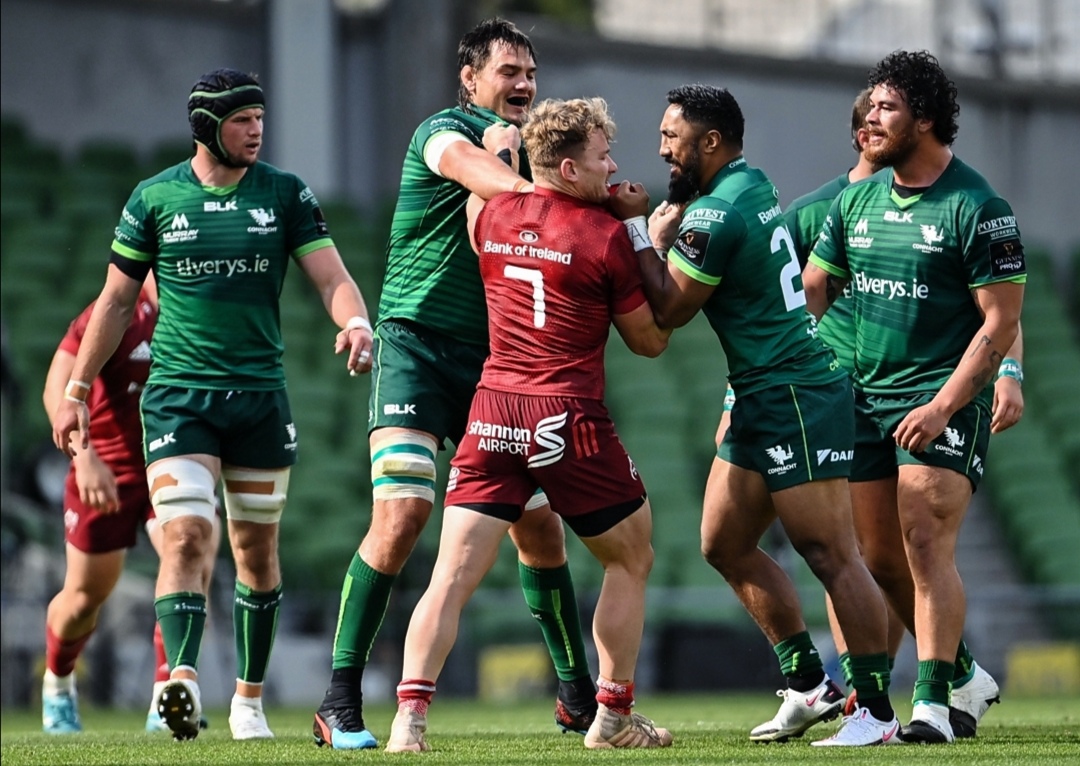 Understanding when a ruck is actually a ruck.

By Tom Savage3 min read
The ruck is an integral part of the game but it’s by far the most confusing from a “laws of the game” perspective. For this week’s Rugby Basics, I’ve got five separate questions about the ruck/breakdown and they all apply to different things. What can you do in a ruck? What can’t you do? Even something as existential as “what is a ruck?” is a question I get asked quite a bit.

That last question might seem to be a very basic question but it’s actually a really good question because the ruck has changed quite a bit over the last few years. How a ruck is defined is hugely important and one game, in particular, had a large impact on how the ruck in 2021 has come to be defined.

Let’s go back to the 2017 Six Nations. Conor O’Shea’s Italy arrived in Twickenham with a plan to tilt the rules of the game as they were then known on their head. This was the Italian Fox.

Italy would tackle England obviously but, crucially, they would not commit anyone to the ruck. Under the laws as they were then, a ruck was defined by two players from opposing sides in competition over the ball while on their feet. By not committing any player to the ruck, Italy ensured there was no ruck and, as a result, there was no offside line. So when you saw Italian players standing in what looked like illegal, offside positions they actually were completely legal because, as Romain Poite would repeatedly declare, it was a “tackle only” situation so even though it looked like a ruck it was actually free, open play.

It was completely within the laws of the game and England just didn’t know how to react to it.

Italy didn’t have to join the ruck if they didn’t want to, after all, and if they chose not to then there could not be an offside line, at least under the laws of the game as they were in 2017, so they could stand wherever they wanted. It made a right mess of that particular game, as you can imagine, and World Rugby tidied up the loophole relatively quickly.

Now the law has been clarified to specify that “a ruck commences when at least one player is on their feet and over the ball which is on the ground (tackled player, tackler). At this point the offside line is created. A player on their feet may use their hands to pick up the ball as long as this is immediate. As soon as an opposition player arrives no hands can be used.”

So now, all you need for a ruck to be formed is a player from your own team fulfilling the criteria of being in contact with the ball carrier on the ground while being on their feet.

In this clip, for example, the ruck is only fully complete when Stephen Archer latches on to fill the criteria to create the offside line.

Defensively speaking, there are other clarifications;

That last law clarification is particularly relevant to Friday’s evenings Munster vs Connacht game where Bundee Aki conceded what turned out to be a vital penalty right infront of the posts for a breakdown infringement.

Let’s have a look at it;

Farrell and Daly create the ruck and Aki is entitled to counter ruck here as he comes in legally but remember the law clarification – “if the player has to drive an attacking player away first in order to access the ball,then no hands can be used“. As Aki had to drive away Casey, he could not use his hands to play the ball.

When you are the first man in over the ball from a defensive perspective and your approach is legal – you are trying to lift the ball, you approach through the gate and stay on your feet, you will be rewarded with a turnover or a breakdown penalty.

This is a good example of that principle by Chris Cloete, one of the best guys going for a jackal turnover.

It’s a complex area of the game but hopefully the first step of knowing what is and what isn’t a ruck will be a good place to start.