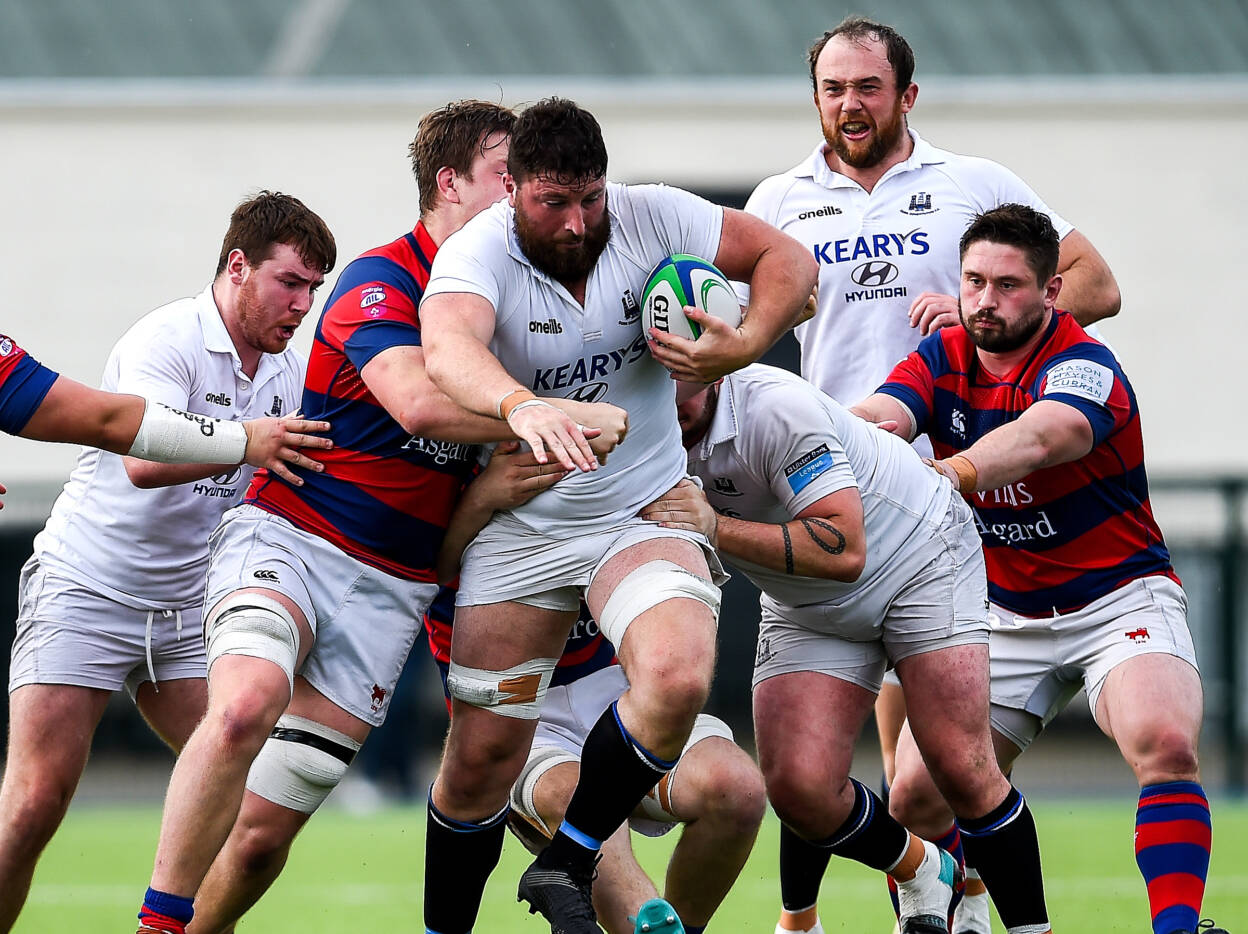 “I love defending more than anything else. When a guy runs down your channel and you catch him right in the chest with your shoulder and knock them back? I love that.”

The first thing that struck me about Evan Mintern – the young Cork Con player selected in the hugely successful Ireland Wolfpup side that made history in the recent World Rugby Under 20 Championship – was how bloody big he is. When I met him in Douglas Court last week I was dwarfed by the guy, quite literally. They make rugby players bigger and bigger each season, it seems, and Mintern is a good example of that in motion. Another reminder – as if I needed one – why I’m glad I don’t play anymore, even at the J3 slogger level I’m just about comfortable with.

The second thing that struck me about Mintern was how refreshingly focused he is on taking each day, each game as it comes.

“So what are your plans for the year?” I asked, over coffee. He’s got exams and training to think about over the course of the next day or two of course, but I’m wondering about the promising pro-rugby career that surely awaits.

“I don’t really think like that,” he replied. “Anytime I’ve tried to plan things out over the course of a few games I’ve underperformed. When I relax, and focus on just playing in the next game and that’s it, I end up playing much better.”

It’s something that his U20 coach at Cork Con, Tom Mulcahy, imparted on Mintern over the last season and its advice that has served him well as of late.

The conversation turns to that historic U20 campaign where they beat the All Blacks for the first time before losing in the final to England. That defeat to the Auld Enemy still rankles with the young Cork man. “You wouldn’t mind losing when you performed to your best but afterwards we [the squad] felt like we hadn’t done what we would have liked.”

It just didn’t work on the day for the Wolfpups, but Mintern was adamant in his praise for Irish u20’s captain James Ryan. “He just does his job brilliantly. And when someone was going to out and make a statement in defence, hitting a few lads, it was him.”

His own road to the squad was, as he stated himself, aided a little by injuries to others but he more than took his opportunity in two practice games in the months leading up to the squad announcement. “I played really well in the first practice game and only OK, I thought, in the second one but the coaches liked what they saw”. I saw Mintern in that second game – a Munster development squad against the Irish u20s – and I was struck by how aggressive he looked all over the pitch, how well he brought his massive physicality to bear on the opposition, and how well he partnered the returning Donnacha Ryan who played in that game. “Donnacha Ryan was really sound before the game. He basically said, ‘just follow me around’ and I did.” That performance, alongside his earlier one, got him the nod for a call up alongside his Con club mates Vincent O’Brien and Shane Daly.

When speaking about the selection, Mintern’s pragmatism shone through. “I was always targeting the Georgia game. They weren’t going to select me and then not play me so I knew that unless there was an injury, I’d be gunning to start the Georgia game.”

And start he did – in the second row – where he had an impressive, brutish outing against the young Georgians. Some of them had beards a 40-year-old would be proud of, and as you’d expect with a Georgian rugby team, they were every bit as physical as you’d expect.

“They [the Georgians] were all like 6’2”, 18 stone and had those typical “wrestler” bodies. You’d get one good carry but then they’d wipe you out on the next one. We just spun the ball wide to our backs and cut them up.”

One look at Mintern’s bruising, never back down attitude in the Georgian game wouldn’t be at all surprised to learn that he’s a guy who relishes the physical confrontation of rugby. “Two teams I always admired growing up were Leicester Tigers and Toulouse. Tigers in particular were always insane for the physical stuff which I loved.”

“So where do you prefer playing?” I asked. I’d seen Mintern playing on the blindside flank for his school and his club, but he was selected in the second row during the Irish U20 Championship campaign.

“I’ll play wherever but if I had the choice, it’d be at 6. I just love the physical aspect to it. Nothing beats that feeling when you smash fellas coming down your channel My favourite part of the game is defence. When you’re an 8 or a 7 you have to link up with the backs a lot but I love defending more than anything else. When a guy runs down your channel and you catch him right in the chest with your shoulder and knock him back? I love that.”

So the blindside then. No surprise. “Anyone I’ve ever known that’s played in the second row has always hated it,” I ventured. He laughed. “It’s a big work rate position definitely, and you’re basically just going where you’re told. I’d play wherever though”. I imagine that he wouldn’t mind as long as he was smashing lads in defence, he’d wherever you asked him.

As we finish up, I ask him again what his plans are for the year. Where would he like to be this time next year?

“I really want to get into the Con team, play as much Ulster Bank League as I can. Maybe win Young Player of the Year while I’m at it!” We shake hands and, as he walks off towards the car park, I’m struck by another thought, just as I was when I first met the lad.

I really wouldn’t like to be running down that guy’s channel this year.