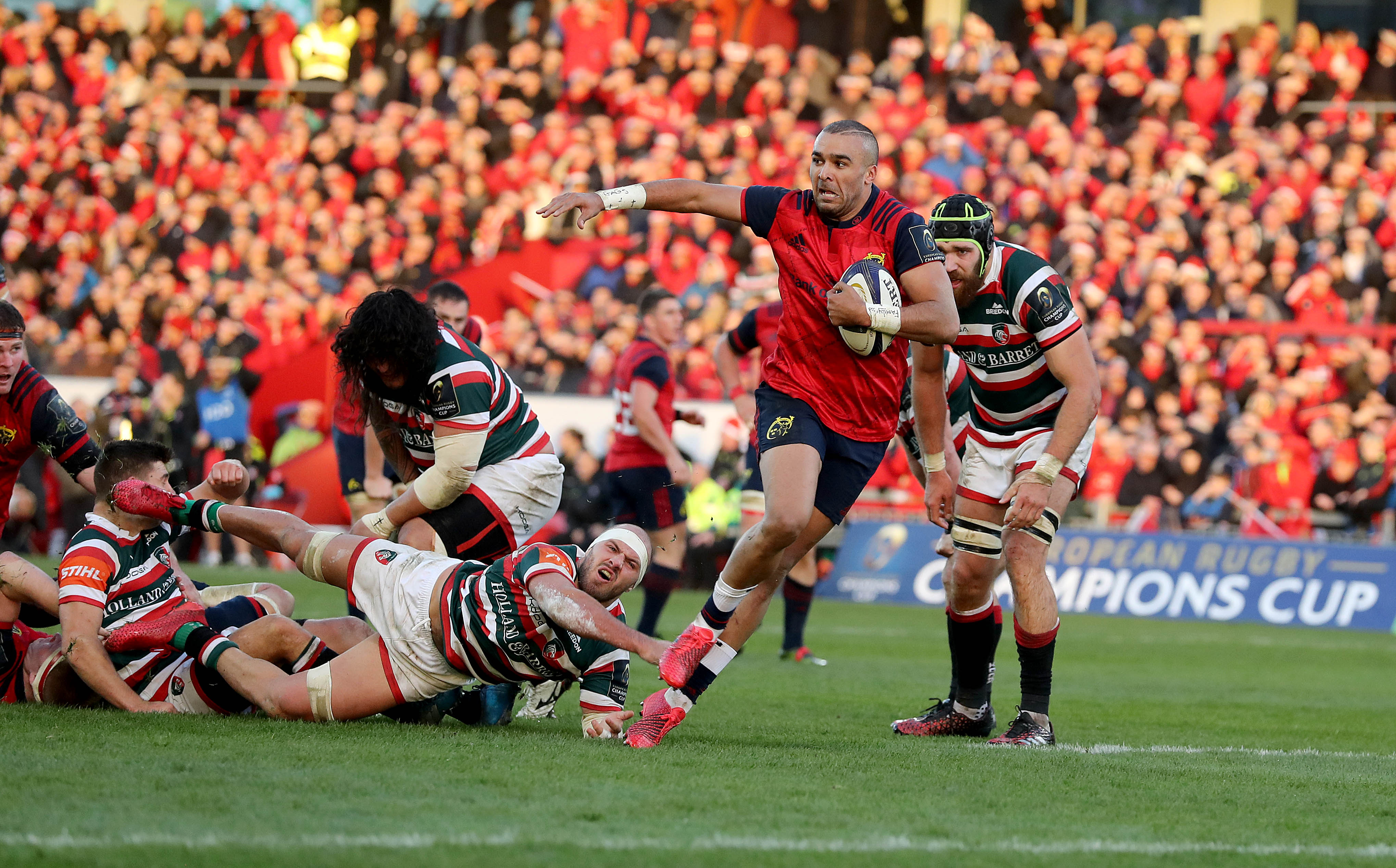 You learn at a young age that life isn’t a fairytale and we don’t always get the ending we want. But we also learn that the hope that fills the moments between the start and the end is what keeps us all going.

That’s why there are two versions of this article in my drafts. One that goes beyond Leinster on Saturday and one that doesn’t. The hope that there’s another Munster game with Simon Zebo in red this season is what created those extra drafts but the fairytale final appearance in the Aviva was not to be. That’s life and that’s sport. It’s a little depressing, in truth, but “depressing” is a concept I could never associate with Simon Zebo.

How could you? He is the rugby equivalent of the Electric Light Orchestra’s “Mr Blue Sky” – uplifting, uptempo and joyful. Those are words you don’t really see mentioned around rugby these days but they embody so much of Simon Zebo brought to Munster and Irish Rugby.

He broke records, broke the mould and scored 60 times for Munster all over Europe. I saw this guy score the Greatest Try Ever Seen In Musgrave Park™ and then watched him grow into an internationally known talent. Time and again he was questioned and time and again he came up with the goods and with a “Z” for good measure. It’s one thing to play with a smile on your face and it’s another to do it while breaking every try-scoring record Munster had.

His energy, skill and imagination lit up Thomond Park, Musgrave Park and beyond for 8 years and for that, we can only be grateful for the excellent memories – the hat trick in Northampton, the flick in Cardiff, the try in Soldier Field, and the salsa against Leicester in Thomond Park. Munster will go on but part of me won’t be happy until I hear “ZEEEEEBO, ZEEEEEEBO” in Musgrave Park one last time. Maybe someday.

They call Paris the “City of Lights” but it’ll shine a little brighter with Simon Zebo living and playing there next season.

Thanks for everything Simon, you’ll be missed.