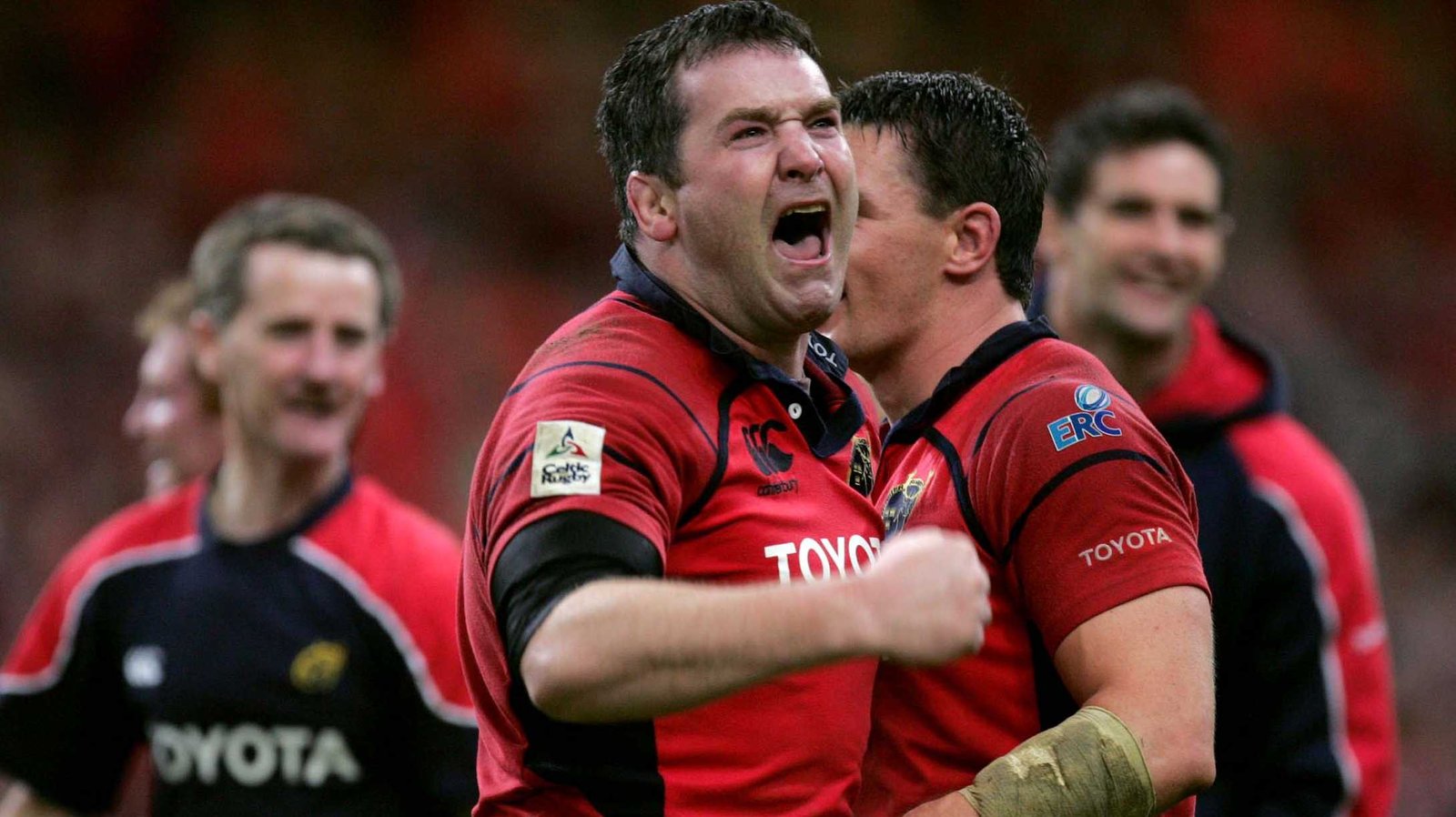 An old editor of mine once told me never to write anything while I was upset.

If I were to hold to that, I’d have no idea when I’d write anything ever again. Anthony Foley is dead. A player. A captain. A coach. A legend. It still doesn’t feel real, but real it is. Life is cruel that way, as cruel as death is unforgiving.

It started as a wicked, dream-like text conversation on Sunday afternoon.

“Did you hear anything about the game being called off?”
“No! Why?”

I have to admit that my first thought immediately turned to a possible security alert in the stadium or something of that ilk.

But it was. It was as serious as it gets. Anthony Foley was dead. Dead. He had passed away in his sleep overnight. In an instant, the landscape of Munster had changed. Forever.

For Munster to lose a man like Anthony Foley – forever – is as damaging a loss to the province as it gets. A man who has been ever present from the birth of Munster in the pro era has been snatched away. On the Mount Rushmore of Munster Rugby, Foley would be one of the giant effigies carved upon it. He was that important, that ever-present. And his loss is crushing. Imagine removing Patrick’s Bridge from Cork, or the Treaty Stone from Limerick City – the pockmark that loss would leave in those great cities is comparable to the loss of Foley from Munster Rugby.

It’s all the more poignant for me that he passed away on the eve Munster’s game against Racing 92 on the stage where he made his name as a player. That European rugby reeled in shock on Sunday is a testament to Foley’s lasting legacy as a player and as a man. He wasn’t just “ours”. Everyone knew what a man he was. Friends, former adversaries, French, English, Scottish, Welsh. The respect for Foley was universal.

During last season, Munster’s form under Foley was poor. The defeats were hard to watch for me because, after each game, Anthony Foley seemed to wear each defeat on his face in a way that went beyond an unhappy coach. It wounded him. It hurt. And you could see it. Those results are meaningless now – to say the very least – but they showed the love that Foley had for Munster. It wasn’t working, and he bore the pain of it in a very public way.

Compare that to this season where, with the pain of dealing with the media removed, Foley looked like a man with the weight of the world off his shoulders. He could focus on his first love – working on the pitch with the players. He was the first to arrive, the last to leave. He was, it seems, at peace with himself and his work. I’m glad he had that time of happiness after such a rough year. God knows he deserved it.

Anthony Foley was my hero. As a player, for me, he was the man. Sure, there were fellas who were bigger, there were guys who were stronger, but there was nobody smarter, nobody harder or more hardworking. The desire and pride that he had in representing Munster should be the benchmark for any man that wears that red shirt from this day forward.

To think that Foley’s gone, that he’ll never be seen around Thomond Park again is almost too much to take. He was taken way too soon, cruelly soon, but he leaves behind a memory that will never fade. Anthony Foley is Munster Rugby. He is the Pride. He is the heart. I almost corrected myself for using the present tense just there, but I won’t. Just because he is gone, doesn’t mean that any of these things aren’t true. Anthony Foley might be gone, but his pride, his soul, his heart will always be synonymous with Munster Rugby. There are men who give everything to their clubs and then there are men that define the clubs that they serve – this is Anthony Foley. He became a Munster player and then defined what it was to be a Munster player. He was a cut above. He was, and will remain, the benchmark. He was Munster to the core and he still had so much more to give.

But it isn’t to be. He was taken way too soon at just 42 years of age. There I go again – I still can’t believe it. Anthony Foley is dead. It’s unfair. It’s cruel. But it’s the reality. And Munster will march on, sadder, depleted but determined to live up to the memory of one of the greatest to ever play the game for Munster.

We’re sad, but we have to remember that legends never die as long as they’re remembered. If that’s true, then Anthony Foley will remain immortal, as his name will be remembered as long as rugby is played in this country. This weekend, Munster will play Glasgow in Thomond Park. Twenty-six thousand people will pack the old ground and stand in silence. No sound but the wind will blow through the ground where Foley made his name. There will be sadness and silence, but after that, there must be noise. The place must boil as it did in days gone by. It’s what Axel would have wanted.

To his friends, his family, his colleagues – my deepest sympathies.

*This piece was originally published in October 2016 but I’m re-upping it now.