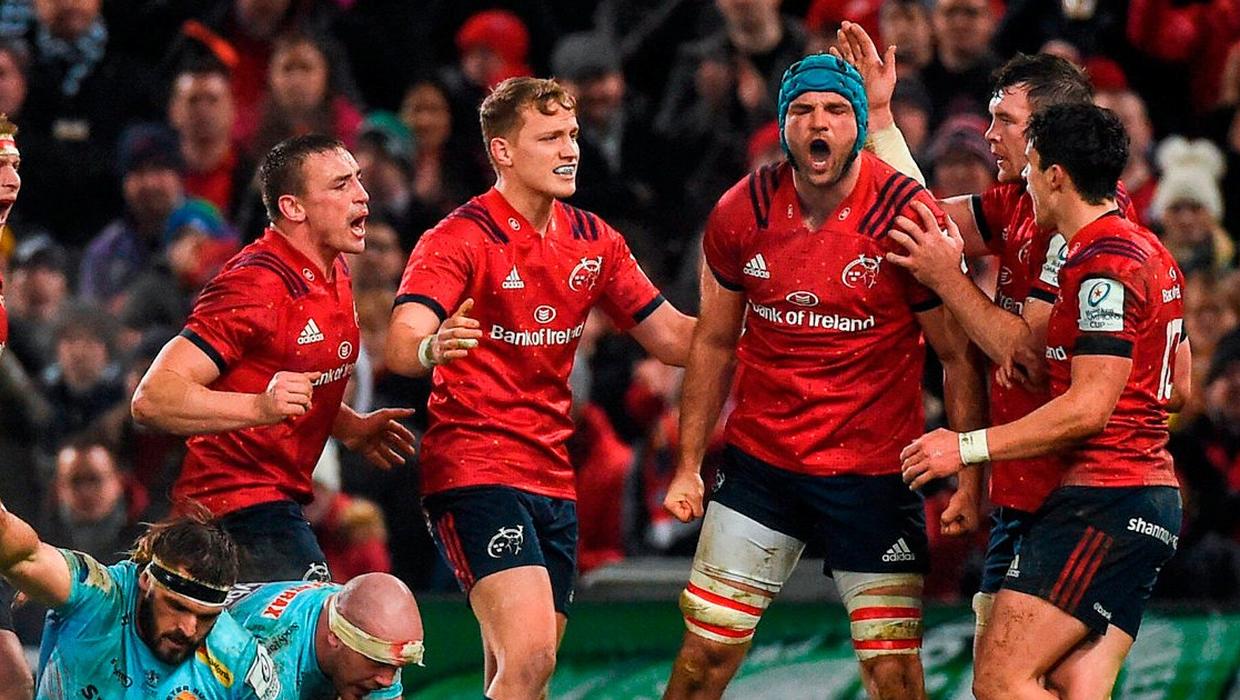 What do the new breakdown interpretations mean for rugby?

By Tom Savage8 min read
The breakdown has been a mess over the last few seasons, I think that’s fair to say, and a lot of that has to come with the concept of “flow”. When we talk about “flow”, you just have to look at some of the complaints about how the referee Paul Williams “ruined the game” in the aftermath of the 30 penalties he blew for during the Highlanders vs Chiefs game at the weekend. A referee blowing for a penalty every few rucks creates a stop-start game – bad – and a referee “letting things go” at the breakdown makes for more ball in play time and large series of unbroken phase possession – good.

This is how it’s been officiated over the last number of seasons. The perception seems to have been that the general rugby audience is put off by too many penalties at the breakdown, especially when the transgressions that are and are not penalised have been so muddled over the years. Pundits don’t really know (and thus can’t explain the laws to fans) and even then, different referees seem to blow for different things every other week. In this environment, players and coaches rightly just focus on doing whatever it takes to ensure they get good, quick ruck ball and then trying to adjust in-game depending on what the referee is blowing for this week. If you control the ruck, you control the game and the last few seasons have seen a definite tilt towards favouring the attacking side.

If the referees aren’t consistently penalising you for you flying off your feet to clean out a jackal who’s got his hands on the ball for a second or more and that same action helps you retain possession season after season, then why wouldn’t you do it?

From a defensive perspective, the breakdown has become an increasingly dangerous place to do your business as a player and a lot of teams are choosing to ignore all but the most obvious poaching opportunities to focus on keeping more defenders on their feet and in the defensive line. This, in my opinion, has directly lead to a bigger emphasis on line-speed which, in turn, has lead to bigger collisions and has indirectly lead to the problems of ” less attacking space” that the game is currently trying to fix in other ways.

Not only that, but the breakdown was also fast becoming a nexus of increasingly severe injuries with Ben Ryan being a key figure in driving awareness.

This is just one example;

Really hope James Lentjes makes a full and quick recovery. The tragedy is that rugby is a contact sport and injuries are inevitable but these are ones shouldn’t exist if the laws are actually enforced. https://t.co/LZr1Bf3a7p

I could have picked dozens of examples of serious, career-threatening injuries sustained because of clear illegality at the breakdown over the last few years – Ciaran Booth, Jack O’Donoghue, Dan Leavy, etc etc.

Recent World Rugby data suggested that the breakdown is “accountable for approximately 9% of match injuries, but with a higher-than-average severity in the elite game” and even when it doesn’t account for injuries directly, anecdotally players will tell you that it’s one of the most painful areas of the game. This is a direct result of lettings thing “flow”.

If you look back through any game you’ll find a litany of breakdown penalties, to the point where I found it pointless to even mention consistent elements of the breakdown in my post-game analysis.

Something had to change, and World Rugby recently announced a pretty comprehensive tightening up of the breakdown by applying the laws that were already there. Have a look through this page for a full guide on what the key points. When you’ve looked through that list, I suggest having a look back at any game from the last few seasons and look for the breakdown penalties.

I've had a lot of people asking about the Furlong clean out in the build up to Conan's try. Here it is. pic.twitter.com/db07pjat1D

Not only is this a clear penalty against Furlong – in from a side angle with no squaring up while flying off his feet – but you could also make an argument that James Lowe should be penalised for “diving, not driving”.

I’m in the process of re-watching old Munster vs Leinster games and I just wiped through last year’s PRO14 semi-final with an eye on the “new” ruck interpretations detailed by World Rugby.

PENALTY MUNSTER: Cronin in from the side and off feet while obstructing the ball.

PENALTY MUNSTER: Ruddock straight off feet and sealing off.

PENALTY MUNSTER: McGrath falling on the wrong side and delaying the play of the ball.

PENALTY LEINSTER: Niall Scannell falls on the wrong side and obstructs cleaning lane.

PENALTY MUNSTER: Cian Healy attacks the ball from a side angle without “squaring up” first.

PENALTY MUNSTER: James Lowe cleans out the jackal from a side angle without squaring up.

PENALTY MUNSTER: James Ryan cleans out jackal at an angle without squaring up first.

PENALTY LEINSTER: Kilcoyne and Conway diving on the tackler.

PENALTY MUNSTER: James Ryan off feet and in from the side.

PENALTY LEINSTER: Andrew Conway and Fineen Wycherley straight off their feet and onto the wrong side.

PENALTY MUNSTER: Cian Healy in from the side and straight off his feet.

I chose these incidents specifically because none of them were penalised by the referee on the day. I could fill this page with a dozen more infringements, on both sides. All of these incidents were already illegal under the laws as they currently stand but, for the sake of flow, the referee didn’t call them.

It’s not a shot at Leinster – their work at the breakdown perfectly suited the way it was refereed over the last few seasons and a lot of their success has been built off the back of the relentless phase play they supported off the back of their ruck dominance – but it’s an idea of how many behaviours will have to change in the coming weeks. That goes for every single team playing at an elite level.

The one thing that really hopped out to me in the World Rugby Laws was the direct reference to “surviving the clean”. If this holds as the weekend’s action might suggest, the breakdown would immediately become safer and fairer. Even the term “surviving the cleanout” is a bit perverse when you think about it. It’s when a player has their hands on the ball attempting to play it while the ball carrier gets a few seconds to hang onto the ball on the floor until their mates arrive to fly off their feet and win the ruck. This has become normal.

If the jackal follows the following steps, they will be entitled to a release of the ball for a breakdown turnover or, if there is no immediate release, a penalty.

The ball carrier must now “present or play the ball immediately with one dynamic movement prior to ball presentation”. When it comes to the recycling of the ball at the ruck, the referee will apply these key interpretations;

When we apply this process to the games at the weekend, we can see why penalties were awarded in such volume.

That’s a really quick award, isn’t it? It’s actually a little startling to see and it feels like a mistake initially but when we go looking for the key picture, we can see why Williams awarded this penalty so quickly.

The tackled player, on the other hand, does not play the ball immediately. It’s a cast-iron penalty under the laws of the game that have always been there and McKenzie didn’t have to “survive the cleanout” to win it.

If we look at another example, we can see the same consistent approach.

Last season, this stays with the Highlanders 100% but when we look at the slow-motion replay from behind the ruck, we can see exactly why it was awarded as quickly as it was. Vaa’i is in a legal and square position, he gets his hands on the ball first and is trying to lift it.

That tackled player doesn’t release so it’s another cast-iron penalty to the Chiefs.

The same interpretation held for the Blues vs Hurricane’s game. Even then, it wasn’t a field day for jackals – inaccurate and unbalanced jackal attempts were punished with immediate penalties.

Blue #2 was legal on his approach but he was in an unbalanced body position and not lifting the ball up – penalty Canes.

This next example shows Blues #6 going for a jackal while in an unbalanced position, he loses his feet and is immediately penalised. The ball was there to be poached but Robinson was inaccurate, lacked control and was rightly punished by the referee.

We’ll need to take a longer look at how Super Rugby Aotearoa develops over the next few weeks to get a real read on how these interpretations will settle in but if they hold to this standard, then the modern player will have to really shape up their ruck entry discipline and attacking patterns that rely on relatively static hit-ups into traffic with a one or two-second hold and clean structure will have to radically change how they are structured.

I genuinely feel that, if consistently applied, these rules have the ability to not only tilt the game to a more back and forth, fluid contest but radically reshape the constant need for bigger, taller and heavier players all through the pack and beyond. It’ll definitely be worth keeping an eye on over the next few weeks and beyond that once we see a return to PRO14 rugby.