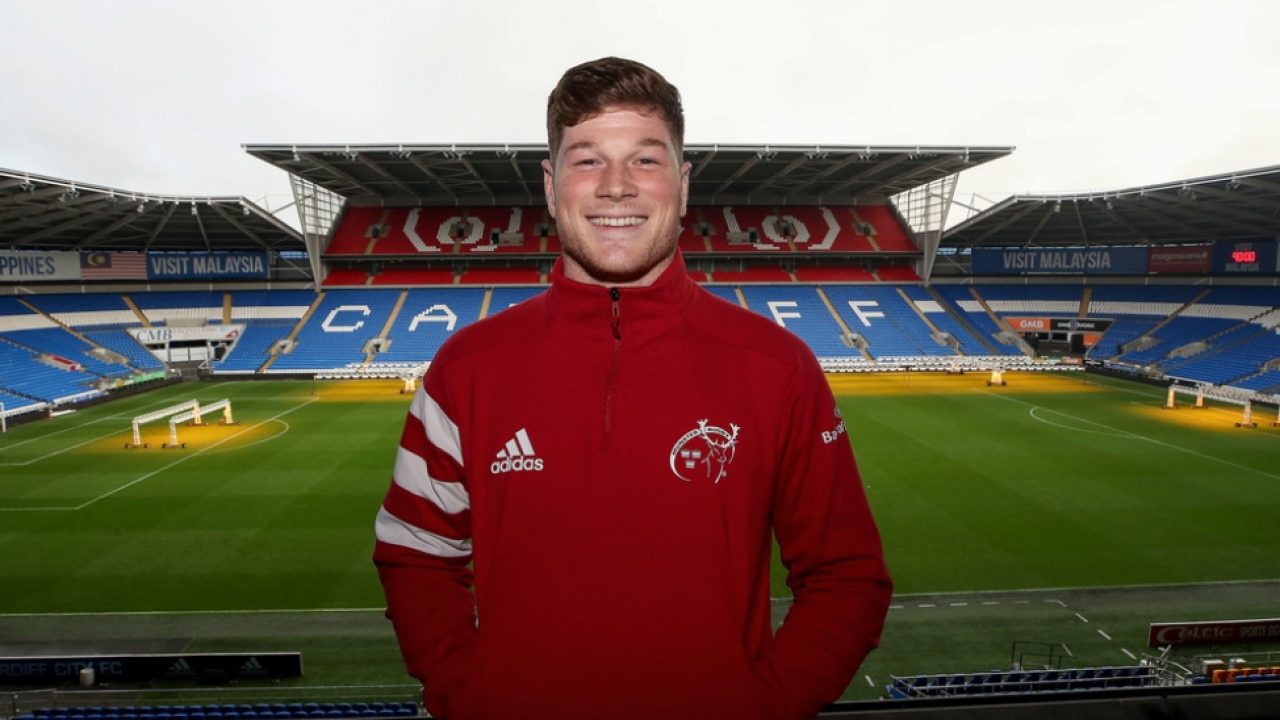 Following on from yesterday’s Jack O’Donoghue article, I’ve had five or six emails asking about his maul defence, and the one he helped to sack in particular.

Fifteen or so minutes into the game against Saracens, Munster were under the pump. Saracens had a sequence of close-range five-metre lineouts after O’Donoghue was penalised for slipping his bind at a scrum on the previous phase.

The first Saracens lineout was run again after Munster took Earl out in the air before choking up Billy Vunipola on the try line.

Sarries called for a full lineout – no surprise at this range – and the middle of the lineout (Four) will have looked really tempting to Kruis, Vunipola and Isiekwe. 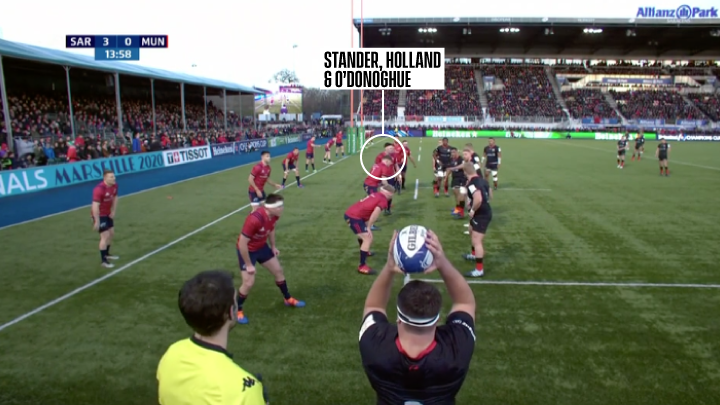 Saracens have power everywhere in their pack – stacked towards the tail here in particular – but Four looks pretty tempting for them here from a driving perspective. Purely from a weight perspective, Saracens stack up well here. With Billy Vunipola hanging behind the tail pod and Vincent Koch at the front, there’s a shot for real momentum if both men can latch correctly as they come around the corner.

Munster contest in the air – really well, as it happens – but Isiekwe makes a key error in affecting the lift on Kruis.

You can see it on this GIF. O’Donoghue’s counter-lift is just straight up better than Isiekwe’s, and that gives him ownership over the space. 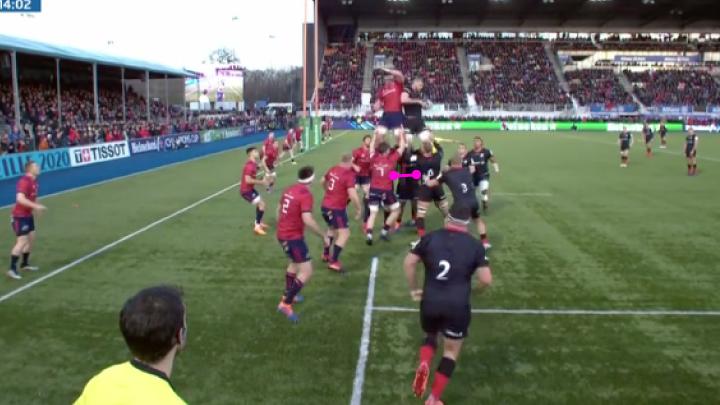 That space between left between Isiekwe and O’Donoghue is a sloppy mistake on Isiekwe’s part forced by Holland’s excellent contest. When lifting, you have to keep your spot and Isiekwe has had to step out to support Kruis’ launch.

When O’Donoghue sees that space, his natural instinct is to go right for it and the quality of his lift gives him a head start. When he hits the space, Isiekwe is trying to defend O’Donoghue’s attack from a side on angle. 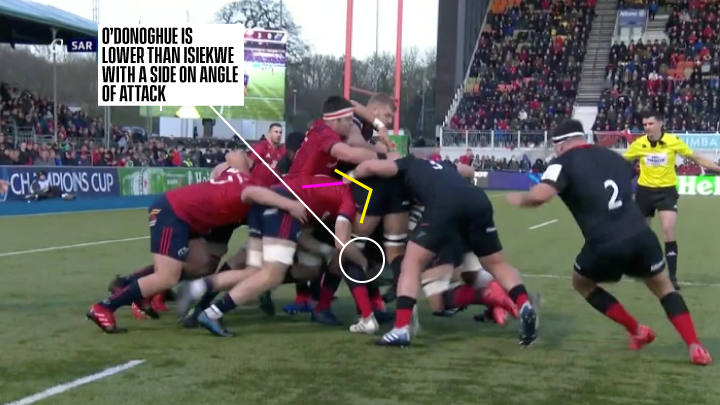 It’s practically impossible to defend that angle. O’Donoghue gets a strong knee grip on Isiekwe and drives through him, which unbalances Earl at the back of the maul and collapses the maul.

When Earl hits the deck, O’Donoghue can drive through and get hands-on the Sarries flanker on the floor before Wigglesworth or anyone else can get it out.

You can get an excellent look at the entire thing here. Ryan’s brace and Holland’s snag over the top all give O’Donoghue space to drive under Isiekwe ruthlessly.

You can really see how important the knee grip is in the initial part of the counter-shove and that played a part in giving Munster a big 6-v-8 win right on our 5m line.

Maul Killer Jack is one of the best maul defenders in Europe at any level and his work here against a massive Saracens pack shows his technique, core strength and dog.