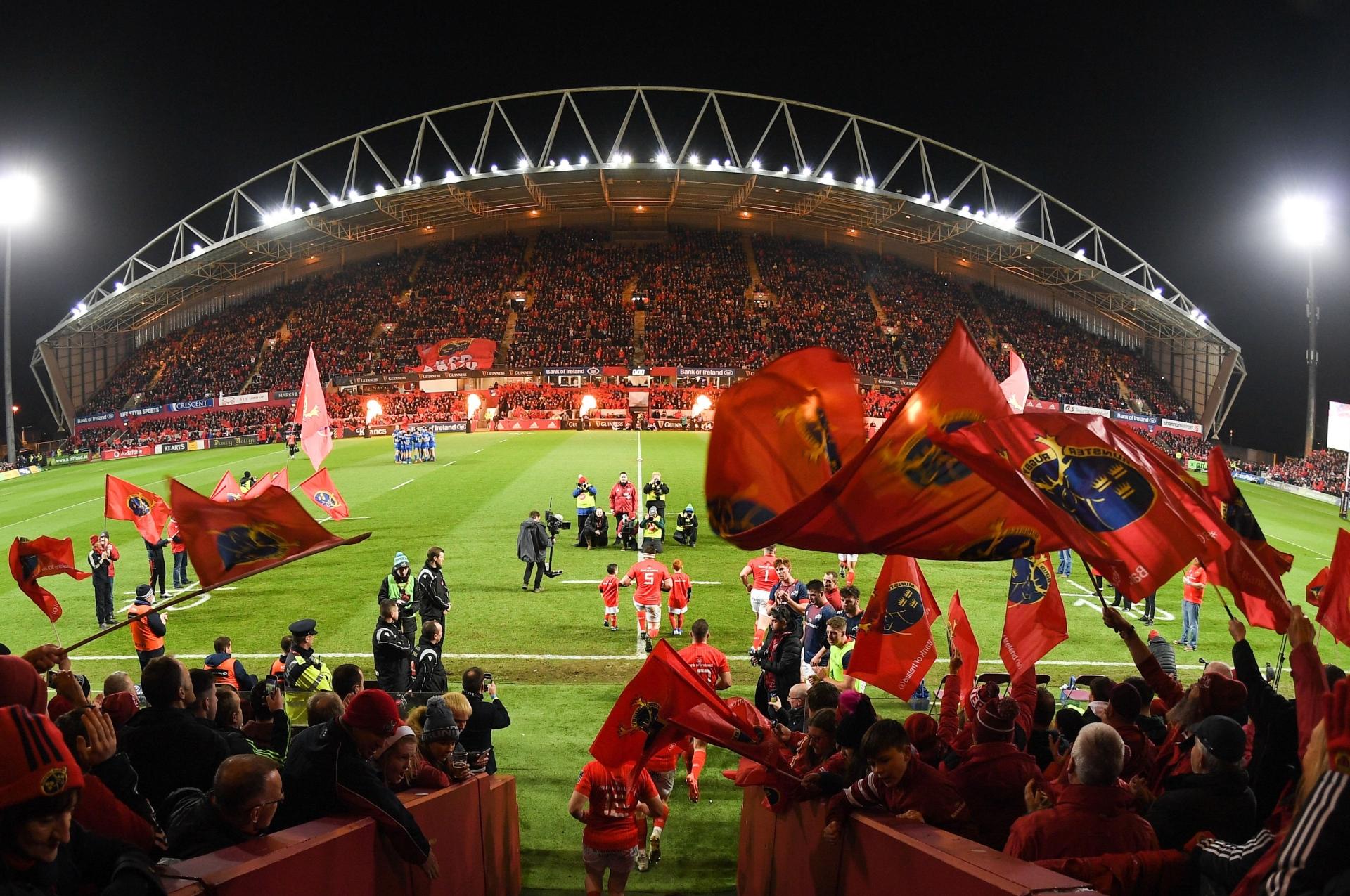 This coming season will be my seventh doing Three Red Kings and the one constant throughout every season has been how much I love this province and this club that represents it. Yeah, that’s corny but I’m a corny guy. I’ve tweeted “Just Another Win For The Bad Guys” after every Munster win since the 14th of January 2017 – plainly I’m Very OK with corniness. That aside, the pandemic itself has revealed an awful lot about the hidden cogs in our lives – the little things that were always there in the background working away on your mental well being and, speaking from personal experience, the little things are the easiest to take for granted.

Having a drink in a pub without having to book a table in advance and, before you know it, falling out of the pub 8 pints deep in stitches for some chips and mystery a few hours later.

Walking into a shop without the ever-present fear that you left your mask in the pocket of your other coat.

Walking over the Thomond Bridge, past JJ Bowles and up the High Road until you see the silver arches of Thomond Park in the distance with thousands of others doing the same thing. The red scarves. The old, ever so slightly faded red jerseys. The brand new tack standing out like the eye of a laser pointer. The chat. The noise. The nerves zapping up and down the road, like a current moving through the crowd, so palpable you can almost feel them in your fillings. The hats, the scarves, the smell of chips and the ever-present hum of a genny somewhere off in the distance.

That panic when you forget what pocket you had the tickets in for a split second. Going through the gates. The awe as you walk out onto the stands to see Thomond Park impose itself on you in all its glory. The steam coming off people’s breath as they talk about the match. Bemoaning the pop hits on the tannoy but singing along under your breath despite yourself.

The warm-up. The nerves. Maybe some chips and a burger. The thunderous applause as the players do the half-lap around the pitch for the run-in, as if the crowd were trying to bounce the team into the dressing room so hard they’ll come flying back out again.

Stand Up And Fight.

Then there’s the match itself where win or lose, you have that time where there is only the drink in your hand, the game on the field and the unique feeling that you’re part of something much bigger than yourself.

The pandemic took it all away. The pandemic took everything away. It took lives, it stole time, it ground the world to a halt and it changed the way we live for the foreseeable. There are bigger things in the post-covid world than matches and sports but it’s like eating an elephant – we’ll only deal with one mouthful at a time.

I miss Thomond Park. I miss it a lot. I miss it more than I thought I would because, as I said earlier, going to Thomond Park or Musgrave Park was one of those hidden cogs in my life that I didn’t know I needed until it was gone. What is that need exactly? I think it’s the cathartic experience of being in a crowd of people with a unified purpose.

I’ve been in Thomond Park in the last year covering a game for Limerick Live 95 with my pal Dan Mooney. Both of us wanted Munster to win – wait, were we meant to be neutral? – but without a larger crowd of people there, it just wasn’t the same.

We’re in position and ready to talk. Kick off at 20:15, catch all the action on @Live95Limerick online at the link below. @threeredkings has been preparing pearls of wisdom. https://t.co/DYen2Cc1iY pic.twitter.com/ejeW9aQOGv

The scale of Thomond Park was still as impressive as ever. I remember walking out of the press area tunnel, looking at the gigantic stand all around, feeling that awe but there was something missing – it was us. The rest of us.

I’m beyond privileged to be able to sit in the press area of Thomond and Musgrave Park and I’ve often marvelled at the crowd, especially during Stand Up and Fight when the flags are flying and REMEEEEEEEEMMMMMMBBBBBER is soaring above the crowd. I’ve often turned to Dan when I’ve been on radio duty with him and said how lucky we are to have this thing of ours.

We shouldn’t forget it.

This isn’t just any rugby club.

And we are Munster.

This weekend, we get to go back into our place to see our team and we can do the exact same again next week, with a fair wind on the covid front. The upcoming season has a lot of pressure off-field and we’ll get to that sooner than we expect, I feel, but any day you can walk out onto the stands of Thomond Park to watch a game of ball is a good day. Hopefully, we’ll get plenty of those this season once again.

A Thomond Park and Musgrave Park full of Munster fans can shape the game in front of us and bend it to our will. Get your ticket, go back to your matchday routine, take it handy with the covid stuff and get back to changing reality on the pitch with the rest of us.

You can get tickets here. And in case you’ve forgotten, dress warmer than you were thinking. You’ll get back into it soon enough.