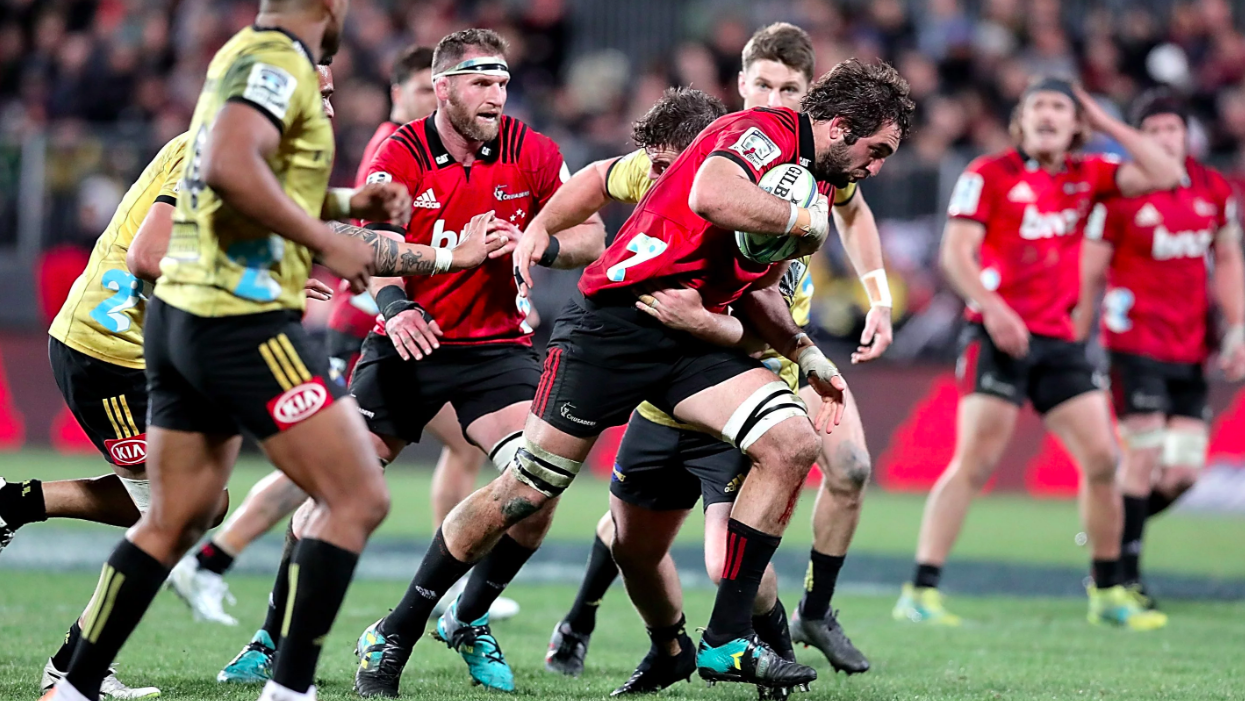 The Crusaders sailed through to the final of Super Rugby on Saturday morning and when I caught up with the result, my notifications were full of “DID YOU SEE THAT LINEOUT?”

Oh yes, I certainly did.

The Hurricanes were caught by the same gimmick that the Highlanders fell for.

Let’s remind ourselves of the lineout used in the Highlanders game;

On Saturday, the Crusaders found themselves in exactly the same position – just inside the 22, attacking on the right side of the field. They went for the same strike move again but – crucially – changed the setup.

Let’s look at it all the way through first.

Almost identical in the outcome, bar the finish. Whitelock takes, Todd swivels to Taylor on the loop with a stiff Crusaders decoy holding the inside Hurricane defence.

What are the Crusaders doing here?

Firstly – they want to overload the Hurricanes’ lineout defence and shake their concentration.

Everything from the initial walk up furthers this aim.

A pod of three walks up in position to the tail of the lineout with Franks walking to the front. This signals the numbers of the lineout to the referee and forces the Hurricanes to reassemble their line quickly. Already, they’re working on the Crusaders’ tempo.

From there, the Crusaders four-man line – with Todd as a receiver – rocks the Hurricanes forwards and back. Look at the series of excellent feints from (bald red #3) Franks as a moving front lifter and how it affects the Hurricanes’ as they follow him around like a lost puppy.

It’s so effective that Whitelock can take the ball uncontested in the air as the opposition jumper gets an ineffective, half-lifted counter that takes him out of the next phase.

That leaves the front defender and the opposition lifter looking in at the maul, and highly vulnerable to the Crusaders’ decoy movements off this scheme.

When these two defenders see Hall late – as they designed – they’re going to immediately react to his hard attacking line by stepping away from the maul, which isolates them on the wrong side.

Meanwhile, the Crusaders four-man lineout has solidified into a maul structure with Todd as the receiver. Todd’s job from here is simple in concept but incredibly difficult in execution. He has to catch Taylor coming around on the loop and sell the blindside pass option for Hall.

He does it perfectly;

His staggered feint to the right sells Hall’s line to three Hurricane defenders while his pass sends Taylor looping around the corner onto Perenara.

Franks makes sure that isolation on Perenara stays pristine by pinching in the tail gunner. 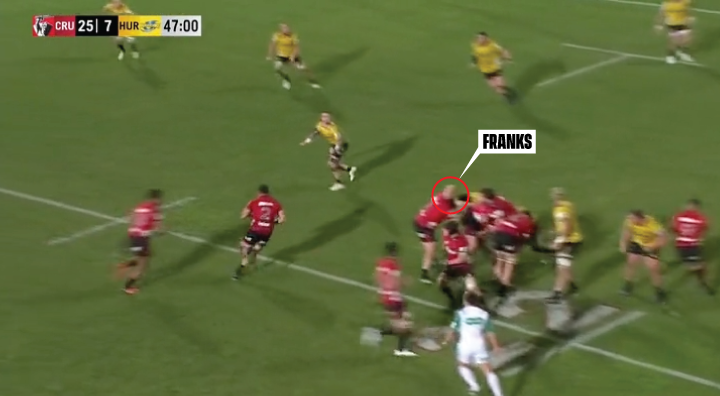 From here, Taylor can make a play with Tamanivalu running an unders line to attack the space Franks has created inside Perenara. 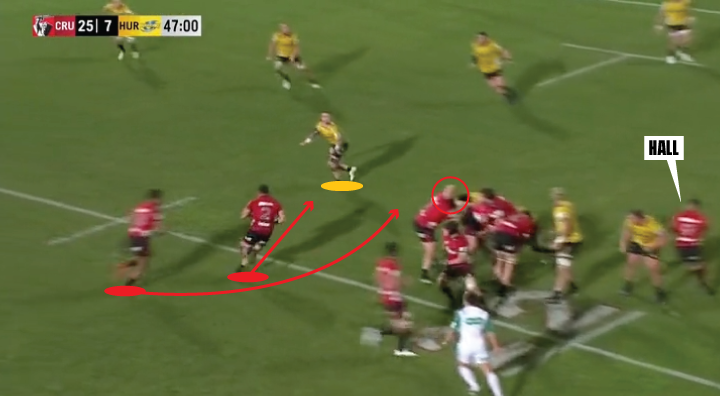 Hall continues his decoy run on the blindside to offer a support option past the gain line. Taylor’s pass to Tamanivalu is so perfectly the camera operator failed to pick it up initially.

That left Tamanivalu with the designed opportunity – and he didn’t take it, in my opinion.

This play has Crotty running a pinch support line from outside the 10. Here it is from the Highlander’s game;

This time, Tamanivalu takes a different option when Crotty pinches in, and I can’t say it was a better one. The space was there, the right man was in position and, sure, this was a difficult one handed pass across the body we’re talking about but this is the Crusaders we’re talking about. 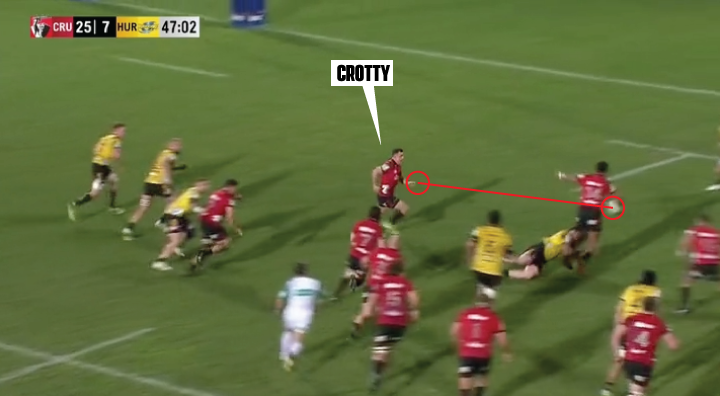 If Crotty gets this pass, he’s got the ability to finish relatively close to the posts, even if he has to cut back across himself to do it. You can see that the scheme design was identical to the one used against the Highlanders with Crotty running late across Shields to offer that finishing option.

Close. And another example of the Crusaders excellence and intelligence in the set piece, even if this one didn’t come off as planned.

Don’t be surprised to see the Crusaders double-bluff on this set up against the Lions later this week, given that they know that the Lions will have noticed its unique setup – the pass to the blindside to Hall and/or the late peeling Havili look like the likely alternates on this strike move.