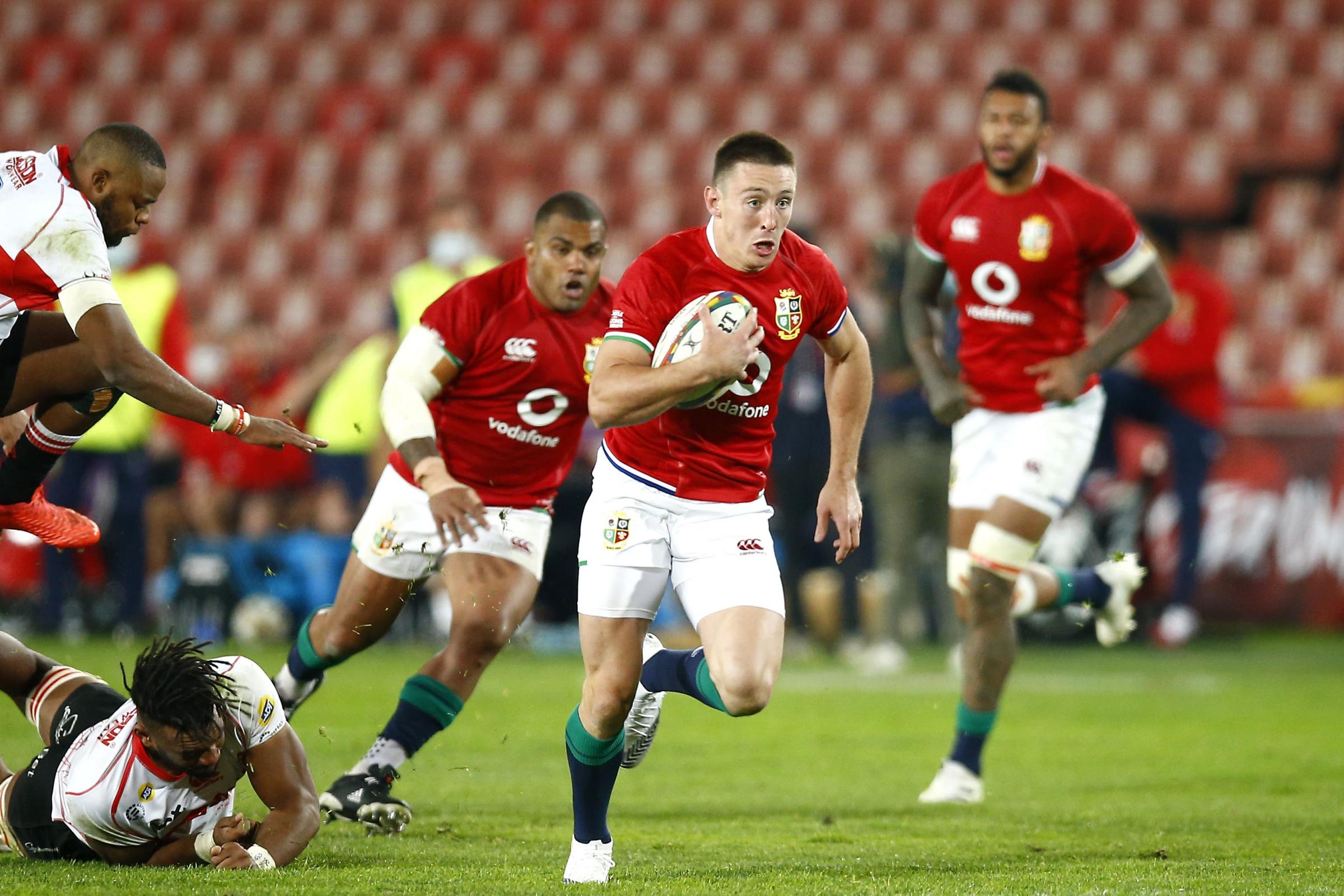 The Lions are gambling on an expansive, contemporary style to take on the Boks

By Tom Savage5 min read
The job for Warren Gatland before this tour was pretty simple, on paper anyway. Can you come up with an attack capable of beating the 2019 World Champions in a three-game series? If you want to win two out of three tests against the Springboks, I don’t think you’ll do it playing the percentages. Sure, you’ll need to have an offensive and tactical kicking game, you’ll need to have a strong set-piece – these are prerequisites at the top level – but looking to go like for like where the Springboks are strong is a way to losing a series.

It would be foolish and that’s not something usually associated with Warren Gatland.

What does the match footage show us so far?

Well, the Lions are looking quite progressive in their attacking shapes. You’d expect that with Gregor Townsend running that side of the house but the concept behind the structure is what interests me.

First, let’s have a look at the players selected at #10 for the Lions and what those profiles might tell us.

All of those players have different strengths as #10s or playmakers but what do they have in common? They are all kickers with a lot of variety to their skillset; they’ve all got a long bomb, crossfielders, short chips and grubbers in their arsenal and all are capable of unhinging from that first receiver slot and playing in the second layer. Importantly, they are all capable of playing late to the line – which is different to playing flat – and combining that with accurate passes across the space with a mind to hitting all of their pod options.

What space am I talking about?

Gregor Townsend’s system is designed to open up that flow space on phase 1 or phase 2 on a progression across the field. If you look at Townsend’s system at Glasgow and, latterly Scotland,  This could happen at the end of a multi-phase set 10 phases long but, for the sake of illustration, we’ll consider the starter phase at the edge of the pitch as the start of our progression. That position with the playmaker running between two pods – either after a hit up or off a screen pass – is the core picture that the Lions are trying to generate.

At this moment, our playmaker – and it could be anyone from Finn Russell/Dan Biggar/Owen Farrell or even Elliot Daly and Stuart Hogg – should have seven play options to choose from.

If you can’t hit all seven of these play actions efficiently, you don’t suit what the Lions want offensively. Ideally, you’d also have the mobility to transition to the second playmaker position seamlessly phase for phase too which comes with more pressure on your pace and durability in contact.

Why did George Ford not make the tour? He’s a great player but I think he falls down on #1 which, as a result, hurts #2 and casts doubt on his ability to hit #5 in an environment where you’d have to scheme him out of your primary defensive rotation and wonder about his ability to be exactly what you want as a second playmaker.

Why did Johnny Sexton not make the tour? At his best, he hits all seven points but he’s become increasingly injury-prone over the last season or two so, again, his ability to consistently hit #1, #2 and #5 is in doubt. I’d also wonder about his fit as the second playmaker in this system too.

This is a two, or maybe even a three-man creative system with at least two of the primary playmakers needing to be capable of unhinging from the usual first receiver position as and when required.

A key component of the system is the backs ability as a unit to hit wide ruck positions effectively off the set-pience launch, and to then secure that position efficiently from a numbers perspective. It is this ability that really makes Bundee Aki stand out as a real test possibility because of his flanker like tendencies over the ball, offensively speaking.

This is to give the Lions as many forward options as possible on the next progression across the field. We used to discuss systems like 2-4-2 or 1-3-3-1 but that is an inelegant way of describing the shape used most often in a game that flows laterally across the field when the ball is played by hand. When the ball is on the wide 5m tramline, what use is a 1-3-3-1? I would suggest that sticking rigidly to that principle burns a forward on the blindside of a wide ruck, rendering them useless on the next two phases. When your backs can secure that wide position, it allows you to use shapes like 3-3-2 or a 3-2-3 on the next two or three phases as you come back across the pitch.

When you add this to your way of playing, it can produce predictable shapes for your forwards to slot into and for your playmakers to manage. The Lions 3-3-X shape gives them these options when the pods of forwards are capable of interplaying within that three-man unit.

You can see the compressions it generates on this sequence, even if it ends with a turnover due to a poorly resourced ruck – which is always a risk when you run this kind of system.

A middle line running 3-3 will only produce the pictures you want when it features that interplay between forward units, especially when your creative players are expected to have a lot of movement between the main playmaking spaces; first receiver behind the screen, the link position between the two pods, the screen position behind the second pod and then into wide play.

If your pods of three can create enough doubt on their hit-ups, they force a cascading defensive compression that will create a critical failure if ran accurately with your playmakers sliding across the face of the edge defence with two edge forwards ideally running at green space with outside backs trying to track them on an angle.

When you combine these elements together efficiently, you will produce opportunities and that’s when you need elite players to step up and take those opportunities.

Look at what we have discussed – the 7 options for your playmaker, forward interplay and 3-3-2 – and apply them to the Lions first try against the Sigma Lions last weekend.

If they can build on this system as the opposition scales up, they might well upset the odds against the World Champions in a few weeks time.