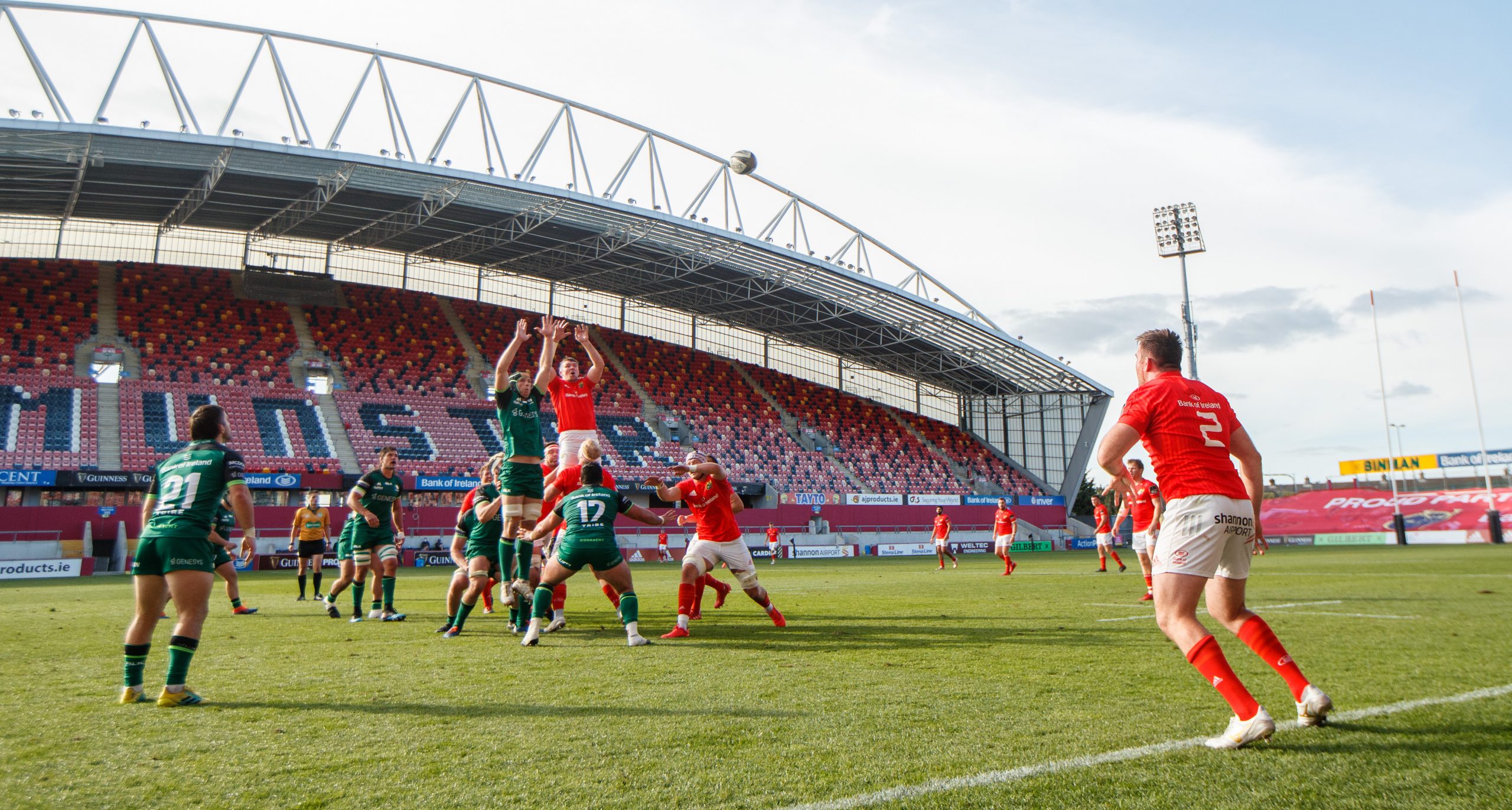 The Young Bucks and Expectation

A new season brings a new start, but pressure to succeed along with it.

By Tom Savage4 min read
The ending of the locked-down 2019/20 season was a bad one for Munster Rugby. Losing to Leinster in a knockout game in Dublin has become an unpleasant yearly tradition for this Munster group but, for whatever reason, this season’s felt worse than the other two. Maybe it was the lockdown, maybe it was the rising COVID case numbers country-wide, maybe it was attacking the game with a box-kicking based strategy that saw Johann Van Graan pilloried in the press only to see Saracens beat Leinster with much the same game plan three weeks later – either way, it felt pretty sour at the final whistle.

The strategy of the approach to the Leinster game was, in my opinion, coherent and logically sound, based as it was on exploiting Leinster’s issues under the high ball and their particular attacking style that is easier (relatively speaking) to hem in their own half of the field with an established breakdown threat taking Leinster forwards out of their attacking line and winning a kickback from Leinster. Saracens used the same strategy to pin Leinster in the same position but used their collision dominance to achieve the same result but that was also in an environment where they had an astoundingly dominant scrum winning multiple penalties, a pair of kickers who punished Leinster off the tee when given the opportunity and a functional attacking set-piece that put their full rotation of ball carriers into positions to succeed.

That was the difference. Whether it was Munster’s forwards collectively failing to impact the gain line, missed opportunities off the tee or the on-field decision-makers failing to expand the game once the positive pictures had been generated off the high-ball, it compounded into a disappointing loss made all the more frustrating by the very real feeling that we’d left something behind there. Previous defeats to Leinster in the last two seasons felt like resounding statements of account; real barometers of where both sides were and where and how far Munster were falling short. This particular loss felt like the opposite – something that made Leinster appear better than what they were on the day and made Munster look like they walked off the field without firing a meaningful shot.

Leinster went onto beat Ulster in a PRO14 final and defeat to Saracens in the Champions Cup quarter-final stage. Munster went back to pre-season training with two successful A-games against Connacht to work out some of the kinks and try out a few concepts.

The key will be how they’ll all fit together under what Van Graan, Larkham and Rowntree have planned for the first block of the season pre-extended international window. If it’s anything like the slashing, high-tempo, impactful rugby we saw in Thomond Park on Saturday against what was essentially Connacht minus Bundee Aki then there won’t be too many complaints but, as always, the challenge will be managing results while also exposing the future of Munster Rugby to the minutes that will build them as future professionals.

It doesn’t naturally follow that playing young players translates into a loss but it does increase the chances, especially when you’re heading to Parc Y Scarlets for the first run-out of the season. At the same time, Munster have rarely had their senior internationals available at the same time for a run in the PRO14 and, with the re-started Six Nations looming, the temptation for Van Graan to pick strong, mostly established matchday squads to chase an early lead against two in-conference rivals will be strong. 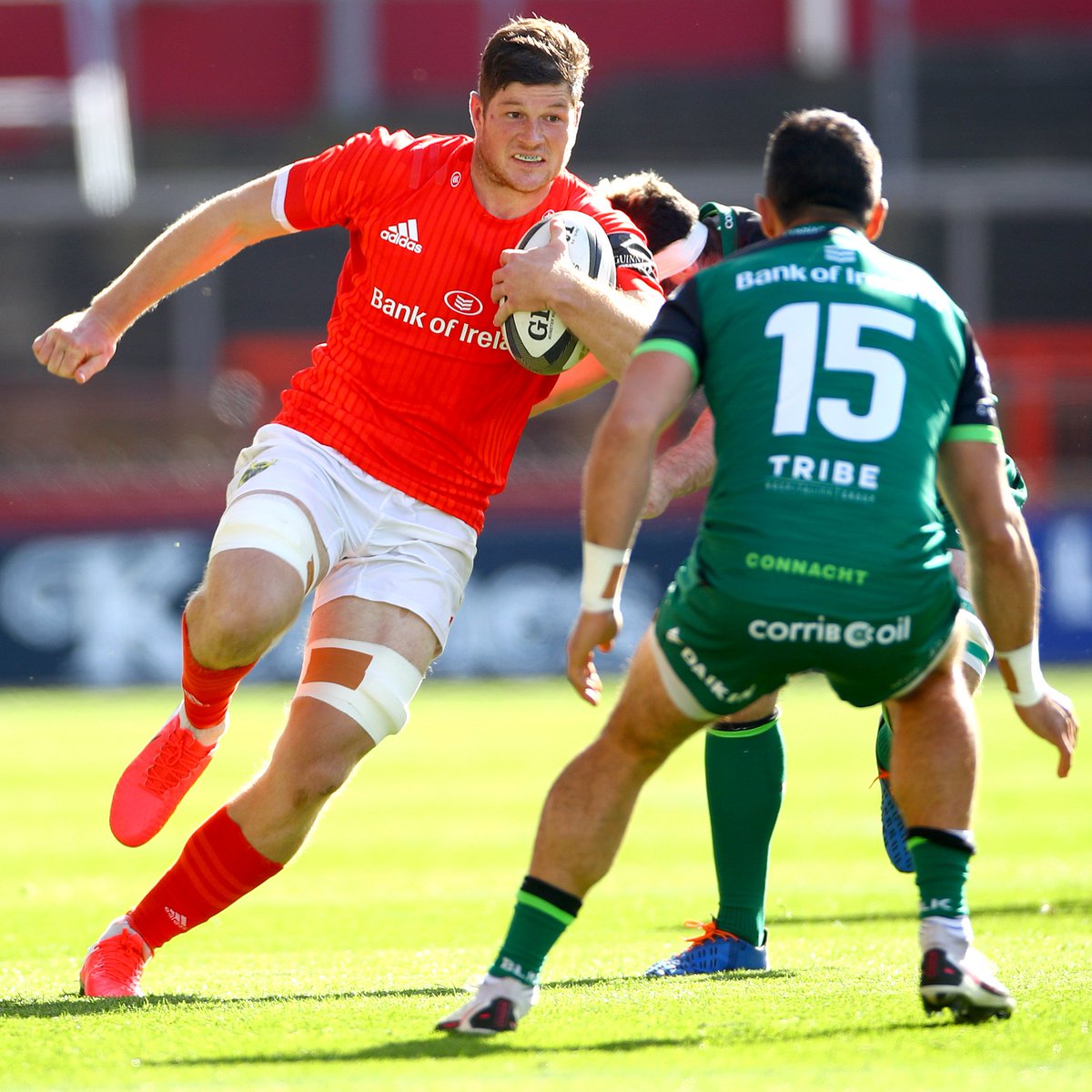 Even then, Craig Casey and Shane Daly are proof that there can be upward mobility for younger players in the depth chart. Both had firmly established themselves as Category 1 regulars on the evidence of the PRO14 restart of a few weeks ago and you’d wonder how long it’ll be before the likes of Gavin Coombes, Ben Healy, Jack O’Sullivan and others make the same jump. Gavin Coombes’ powerhouse performance in the back row and second row over the last two weeks of Munster A action show that he’s a power forward who’s ready to make an impact as a starting option in the PRO14. There are a few other players who are in the same boat and some just a few paces behind on the dock.

Every DOR wants to develop young talent alongside established top-class internationals in a blend that ultimately leads to wins on the board but given the duration of the international window this season, sooner or later it’s an inevitability that more younger players will see more minutes than they would have expected otherwise. There’ll be ups and downs but I genuinely believe that the young players we have all through the positional depth chart have the ability to power Munster through the glass ceiling. That isn’t a case of “if” it’s a case of “when”. All that’s left is for them to take the chances that 2020/21 will provide and drive those minutes like they stole them.