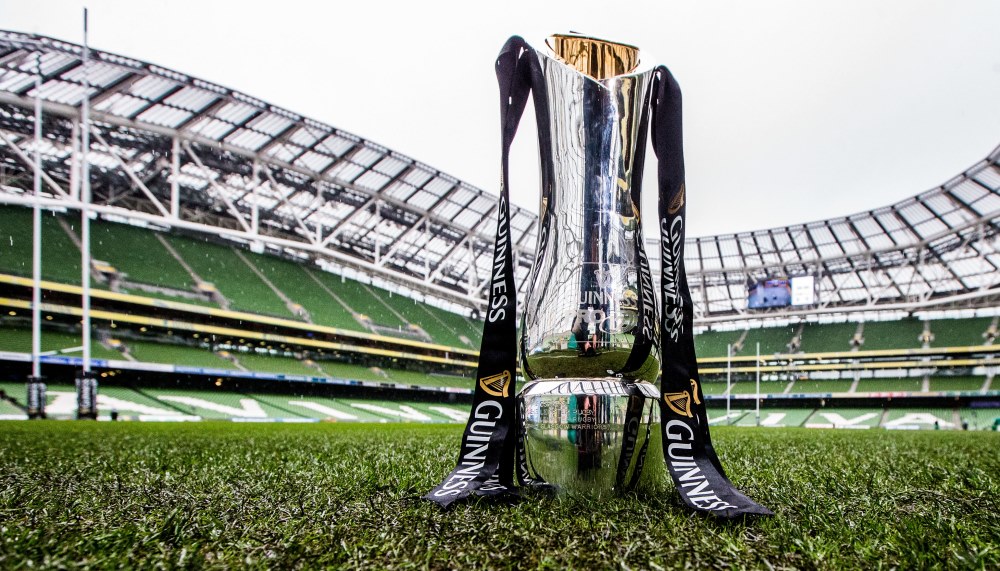 When the Pro12 was presented with an unexpected opportunity in the late Spring, they snatched it with both hands like the hustlers they’ve got to be in the mean rugby streets of 2017.

These days, money talks and naysaying walks. Earlier this year, Super Rugby decided that two South African franchises needed to go and the South African Rugby Union decided that it should be the Toyota Cheetahs and the Southern Kings taking the long walk off a short plank. But, like something taken directly from the editor’s floor of a Pirates of the Caribbean movie, the Cheetahs and the Kings walked off the plank into a waiting liferaft and set sail for Europe.

Both sides were confirmed as being part of an expanded Pro14 on the 1st of August 2017.

Since this idea was mooted, there has been a raft of complaints ranging from the secrecy engaged in by the Pro12, to the assumed quality of the new additions, to the logistics and much, much more. Some of the criticism came from the Welsh and Scottish branch of Self Upper Cutters Anonymous and so could be roundly ignored. But the other concerns about league structure and financials were more than valid, and the Pro12’s silence demanded a burst of information to sate the growing angst.

The Pro14 answered most of those questions quite well yesterday, and more will become clear when the fixtures drop next Monday. Their instructional video on how the new conference system will work is particularly good, and it’s well worth a watch;

As explainer videos go, they don’t get simpler than that without breaking out the finger puppets and rhymes. Two conferences, retained derbies, new opposition – what’s not to like?

It remains to be seen if the on-field product catches fire but as a financial exercise, this expansion has already been a success.

The Pro12 didn’t plan to include South African teams this coming season, but when it became an option they pounced on it and, in doing so, won a serious cash bump for the league. It doesn’t matter who you are; the reported couple of hundred thousand euro bump per club is a massive relief to all the Pro12 clubs.

Plenty people bullshit about what the Pro12 needs to do – the Pro12 actually went out and made something happen and now clubs are richer for it. Money talks. That money is the difference between Stuart Hogg running out for Glasgow or running out for the likes of Gloucester. That money could mean Leigh Halfpenny banging over penalties for Scarlets this season. Or it could make staying between the ditches a little easier for the likes of Cardiff, Dragons, Zebre and Treviso.

If that meant that the Pro12 had to take a few months of radio silence to arrange everything, then so be it. As far as I know, there were still items being ironed out as late as last week but that’s what happens when you’re dealing with five unions putting together something hugely complex – a cross hemisphere league.

That isn’t something you can wrap up in a month with regular tweets on progress.

There was – and is – serious money at play here. Ultimately, the addition of the Cheetahs and Kings is a potential bridge to even more. The other South African franchises are definitely in play and come 2020, a successful Pro14 tournament played in primetime – home AND away – could be hugely tempting for SARU as far as potential sponsorships and TV viewership go.

A union run and owned league that makes comfortable money is the dream for Celtic Rugby. This expansion is the first step on that journey. The alternative is to place their future in the hands of the clubs.

This expansion and the further expansions rumoured for the US, Canada and Europe allow the unions to pave their way to creating sustainable finances by dealing with other unions exclusively. Ultimately, the unions want to have as much financial insulation against the PRL clubs and, to a lesser extent, the French clubs as they can before the bubble bursts.

Personally speaking, I think the PRL have set themselves on a path where every TV deal needs to increase exponentially, just to keep up with the expenses that teams are having to accrue to stay competitive with each other – and that’s before the effects of Brexit bite. Running to stand still, so to speak. The unions can see this too.

The PRL has been extremely effective in securing bumper deals from BT but with conditions each time. People who are comfortable in their deal – or their future deals – just don’t act like the PRL are acting. First, they had to dismantle the Heineken Cup with a negotiation tactic that resembled walking into a bank holding a gun to their own head. Now they’re trying to reduce the Six Nations and they want the Lions next. The PRL isn’t doing these things for fun – why would they? It makes them look like grasping “see you in court mate” Wrong Sorts to even their staunchest supporters. I think they’re doing it because they have to. Record TV deals, huge marquee signings, yet they’re trying to squeeze every last drop out of their players like they’re running a iPhone factory? One of these things is not like the other.

Why else would the PRL want to reduce the window for test rugby and Lions tours? Because test rugby takes away from the PRL’s ability to sell the Aviva Premiership as a TV attraction every single week to BT and that’s what BT pay very good money for. Why do you think the Aviva Premiership is facing a player revolt over plans to extend the season to 11 months? Because the PRL want their clubs test stars playing more rugby on BT Sports. Bigger stars playing week to week make for bigger audiences. Bigger audiences keep BT happy, keep crowds up and keep the tap open.

I don’t think the Aviva Premiership clubs would be desperate to sign up to 11 month long seasons – as they want to – if they were as comfortable as they would have you believe. They have to look after their interests of course, but those interests are not aligned with those of the Irish, Welsh and Scottish unions. I would even say their interests actively run contrary to union interests in many aspects and if they currently don’t, they will do soon.

Ultimately, the Pro14 has to expand their revenues, expand their base and expand their markets while their club rivals are unable to. It’s expand or die, in a very real sense.

This Pro14 expansion – and the other plans to come – should go some bit of the way to securing the financial future of union backed outfits. It’ll be a long road, but this is the first step to financial independence and self sustainability in a ruthless, ever changing market.