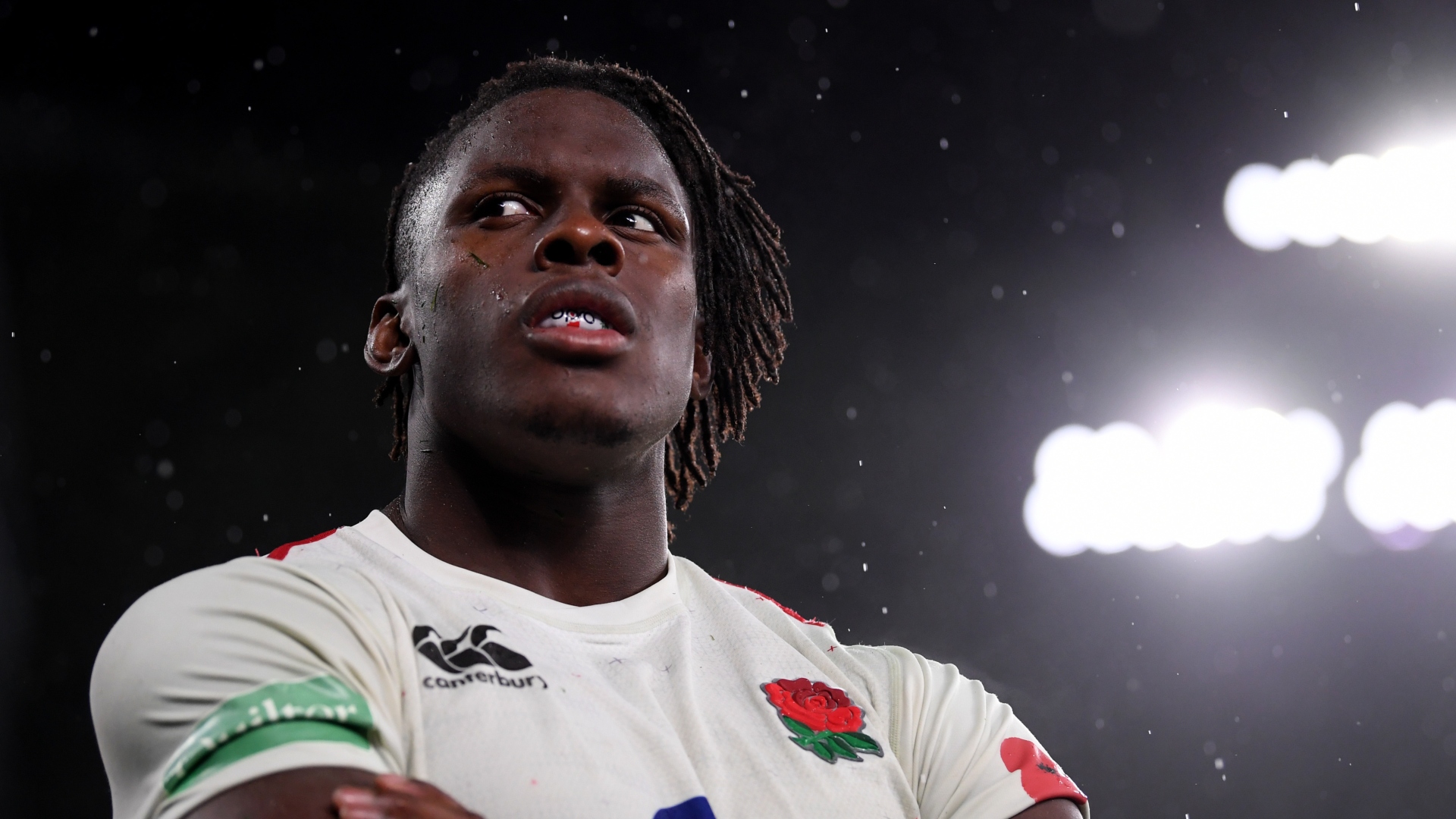 Modelling a player archetype on Maro Itoje can be a troublesome thing.

After all, if “just be like one of the best players in the world” was as easy as just saying it then everyone would be the best player in the world, wouldn’t they? When you think about it, Itoje is a very special player before we ever talk about his rugby playing ability and that’s mainly because of his insane athletic ability. This has been a constant in Itoje’s development. In a Rugbypass interview with Alex Goode, you get an idea of the scale of Itoje’s athleticism from an early age.

“When Maro Itoje came in, I remember his first day of pre-season after he had just come out of school. He had only left about a week before and they are doing testing for the academy guys.

“He came in and he didn’t even know his own strength, it was freakish. He was doing chin-ups, those things where there is a bar above your head and you try and lift your own weight, lift your head to the same level as your arms.

“He came in first day and started on 20 kilos. It’s one rep max and he did it and he proceeded to go up and up and up and up. He was so unaware. He ended up having 74 kilos around his waist and proceeded to do a chin-up with ease. This a guy a couple of days out of school.”

This athleticism informs a lot of Itoje’s game but it’s far from his only quality – not even close. He’s an incredibly intelligent lineout operator, an instinctual ruck support player and one of the most complete defenders playing the game in 2020.

When we talk about a 4/6D Lock we are ultimately talking about Itoje and players like him.

Ultimately, these players can switch pretty easily between flanker and lock but the role they fill is pretty consistent regardless of the number on their back. The main flexibility that these players must have is to be able to exert enough power in the scrum to be a factor there and to also have the lateral range and pace to be an effective danger.

You don’t need players like these to be dominant ball carriers and they tend not to be.

They can take the ball to the line, sure, and they take a bit of stopping but to get the best out of a 4/6D type of player, you don’t want them carrying more than they’re suitable for. Itoje, for example, is a very willing ball carrier but when you watch his very best performances in a full Saracens or England side, he tends to carry the ball fewer than 6 times per game. Du Toit tends to follow the same trend when he plays for the Springboks.

But they make up for this lack of direct ball carrying by loading up on their offensive breakdown support and defensive radius. From an offensive perspective, this means covering a lot of ground as a breakdown support player and blending that role with a lot of decoy/option/passing routes.

There are always exceptions but generally the offensive range of a 4/6D lock when it comes to these actions can be anywhere inside the red areas shown here. 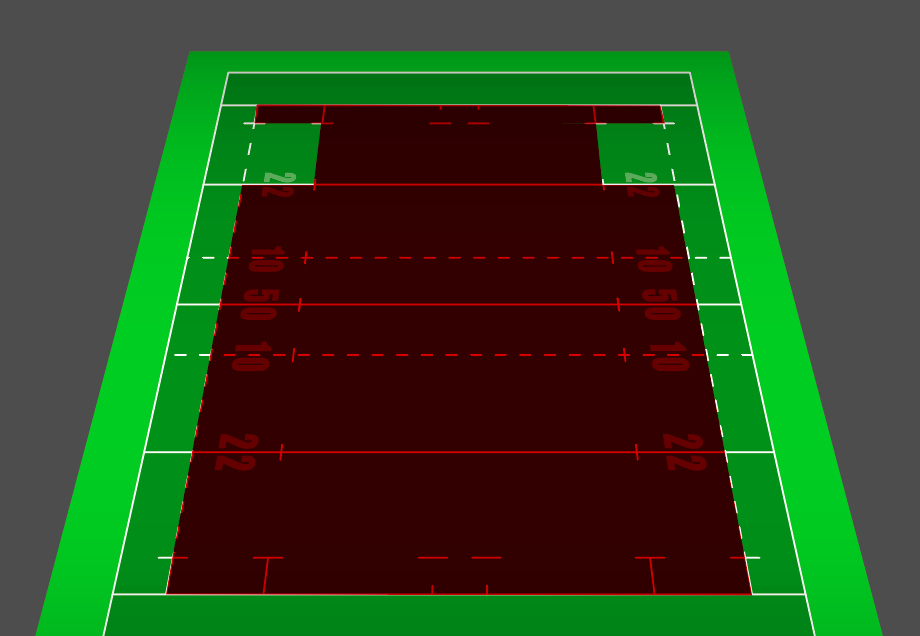 There are exceptions to the rule, of course, but when you watch the likes of Itoje, Du Toit and others of this archetype, they tend to operate primarily in these zones when we track their most hit ruck positions and carrying lanes.

They tend to narrow up when carrying/supporting in the opponents 22 but once the ball hits inside the 5m line, they will track across the field in support of the ruck as the game slows to a forward grind in close quarters.

If we compare their “range” with that of what we’d expect from, say, a Heavy Support Lock, we get this picture.

If you track Pieter-Steph Du Toit in this GIF, then you’ll get a good idea of the kind of ground that a 4/6D lock will cover.

Here you see him going from the blindside of a scrum to a kick escort, to a chase, to taking the “C” spot in the defensive line.

On the offensive side of the ball, most of a 4/6D’s money will be made at the breakdown in dominantly securing the ball, creating ruck offside lines and adding your weight in latch and drive moments.

When you look at Maro Itoje’s output over the 2020 Six Nations – as curtailed as it was – you see a trend emerging on the offensive side of the ball.

*Highest on the team.

Itoje had the highest number of ruck arrivals in all four games and had the most amount of first arrivals in every game bar against Scotland where he lost out by 1 to George Kruis.

A 4/6D lock must be comfortable defending open space and be able track across the field laterally. Their general defensive radius is covered here in blue. 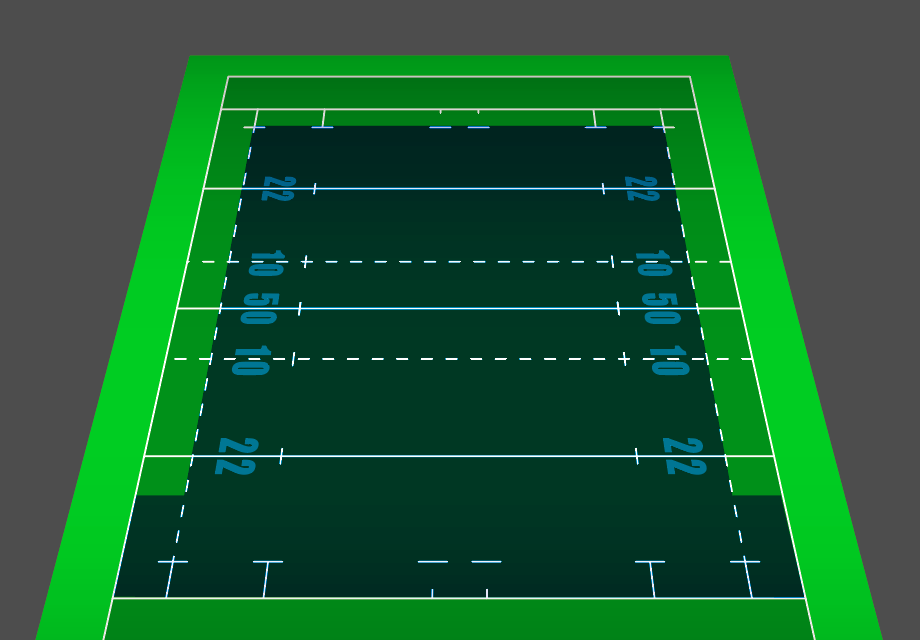 Here’s a good example of the two kinds of defensive requirements. Look at Itoje’s tracking here on this kick chase. For a guy who’s 6’5″ and 18 stone, you can’t really afford to make any errors on this chase from a line and depth perspective.

If you’re off on your line – not reacting to the movement of the ball or catcher – then you’ll run the risk of overshooting the contact point. If you’re unable to keep up with the pace of the kick then you risk getting cut to pieces by a transition attacker. Itoje manages both with his intelligent tracking and excellent pace.

Being able to track across lateral space is a vital part of the 4/6D lock’s game even when you might not be directly involved with the tackle. Watch Du Toit’s lateral track on this phase sequence.

You’re also required to cover a lot of vertical space too, depending on your role in the overall defensive system. Itoje, for example, covers a lot of lateral space but he often runs really advanced blitz lines vertically.

So your overall defensive radius laterally and up/down the field puts a lot of strain on your conditioning.

This is where the conditioning of the player is incredibly important and this is almost always determined by the amount of weight you need to carry to be an effective scrummager (if you select your 4/6D primarily at lock) because every extra KG you carry to improve your pushing power is a KG that will slow you down in your phase play. This is where the balance between effective playing weight and expected performance output is so important. Du Toit can afford to play at 120KG because his roles on the scrum and lineout are reduced – he plays on the flank – compared to Itoje when he plays in the second row. Itoje plays around 115KG but he tends to have a higher breakdown and raw tackle output than Du Toit coupled with more loosehead scrummaging. Would Itoje play heavier if he was primarily going to be a flanker even though that would appear to be counter-intuitive? I’d suggest that he might.

Every player only has so many involvements in the game before their output starts to degrade – these are basic rules of cardio. This is why only very few players – and this is particular to the tight five – will end up topping the charts in offensive and defensive breakdown work, ball carrying, tackling, offensive/defensive lineout jumping and multiple scrummaging sets at the very highest level.

A 4/6D lock – regardless of whether they are playing in the second row or on the flank – will usually load up in the support bracket of your pack’s role division.

They will generally cover the offensive breakdown, be line speed leaders and impact defenders …

… and take a lot of reps on lineout duty with a lot of lifting, occasional jumping and offensive/defensive mauling. A 4/6D allows you to load up other areas of your pack with heavy ball carriers because they cover so much of what you would expect from a typical openside (offensive breakdown support) and, if you play them in the back row, they can take all the lineout duties from the #8. Do you have heavy props that you want to load more on carrying that ruck support? A 4/6D will cover their ruck work across the halves. Do you have a ball-carrying tighthead lock that you want to free up? A 4/6D on the flank can create space for lineout focused loosehead lock. Do you have smaller ball-carrying back row players that you want to get on the ball 8+ times? A 4/6D on the flank gives you space to carry those players and allow for two Heavy Support locks to be selected in the second row.

The 4/6D Lock is the ultimate support forward and a must in modern day packs.