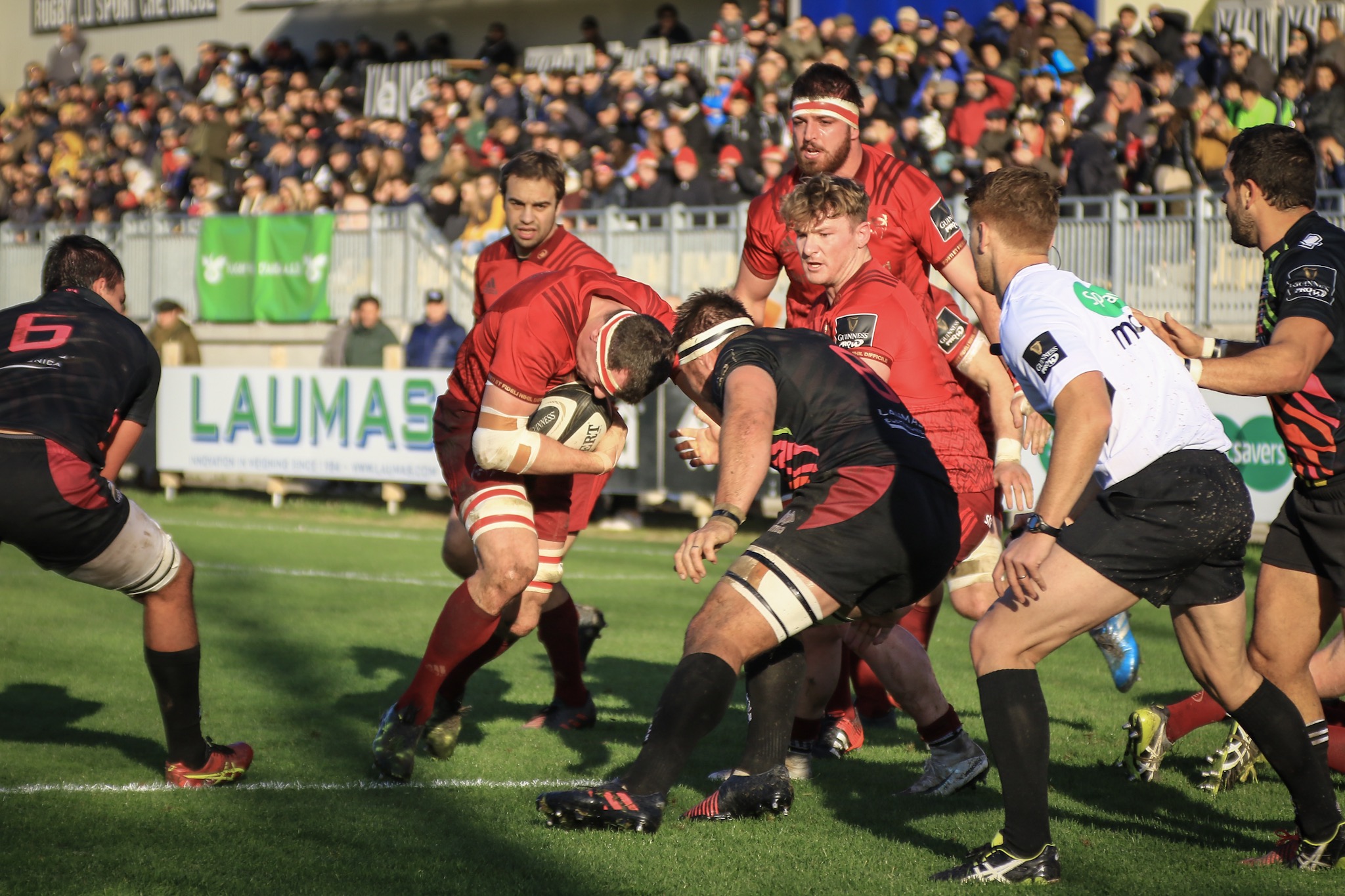 In games like this during a test window, the only important thing is the win. If you can get a 5 pointer while you’re at it, everything else is rendered fairly meaningless.

I mean, ideally, Munster would have run through Zebre with a little more finesse than we managed in the end but at this time of year, the only thing that matters is what you can take home. Were Munster scrappy? Absolutely. Were Munster disjointed? In a lot of ways, yes. Did that matter in the end? Not really.

Zebre played almost exactly like I thought they would pre-game and were certainly down to play ball here. Looking at the scoreline – especially at halftime – you’d be forgiven for thinking that this was a close game. It wasn’t. Munster spent the first 30 minutes in complete control before two bizarre refereeing decisions in a row allowed Zebre to get field position. Soon after, Robin Copeland rolled the dice at a breakdown like he did against Castres but this time, found himself in the bin – that resulted in a Zebre try under the posts. After that, Munster seemed to infringe on every other phase until Arnold found himself in the bin 7 minutes later – that resulted in another Zebre try in the corner.

Lloyd Linton’s fussiness, basic errors and inconsistencies were one thing, but Munster’s discipline seemed to go out the window with every blow of his whistle until we looked barely in control of our collective temper. That’ll have to be looked at.

We needed our half-backs to get possession, run us through the phases to take us out of defensive sets and give us an opportunity to paint a different picture for a ref who looked a little rattled himself at times.

We didn’t get that until after halftime.

Once the second half kicked off, Munster resumed control of possession and territory; once those were secured, the win came fairly easily in the end.

Ultimately, away test window games like this aren’t really worth judging too harshly or too positively. By their very nature, they take place against a backdrop of disruption and new combinations that can make for frustrating viewing. We weren’t going to win the PRO14 based on whipping the Dragons in round 8 and we’re not going to crash out of everything because we didn’t look like the All Blacks against a Zebre side with nothing to lose in Parma this week.

A decent result in the end. 10 points over these two games was a good return.

The baseline rating for this game is a default Two Crown rating.

In a game like this, I want my back row to the fore. Concerningly, Copeland and O’Donoghue didn’t do this to the level I hoped. Robin Copeland blotted his copybook with a needless ruck intervention in front of a referee that was foaming for a card at that point. That yellow was costly. Other than that, he never really got going on the ball in a game that I’d have backed him to make a similar impact to his work against the Dragons in round 8. The very definition of “not great”.

Jack O’Donoghue is in a tough spot this season. He’s at the point where he really does need to be having a bigger splash in these non-test window games than he’s having right now. He’s working on his lineout game – and it’s getting better and better – but he can’t afford to have games like this one pass him by when it comes to carrying ball. Next week against Ospreys should see him back at #8, and I hope I see an improvement because this wasn’t what I expect from a guy with O’Donoghue’s undoubted potential.

Simon Zebo was the stand out back on show for me. Fantastic passing, good running lines and some clever kicking. Playing like a guy that could have/should have been in green the last few weeks.

Not only the top tackling forward but also, somehow, a live threat at every other ruck; Chris Cloete had a very impressive game. He’s got an astonishing work rate, an aggressive presence and crazy power in contact. His “finish” on the Marshall break that ended in touch was as good as you’ll see anywhere and his schmozzling with three Zebre forwards was elite skullduggery.

I’ve a feeling that Cloete is going to hit these upcoming Champions Cup games in December like a fucking asteroid. The man of the match on the coverage and by far the standout player on the pitch. The gun show is up and running, folks.

I’ll have GIF Room analysis and various Gun Show admiration of Cloete’s work in this game all week on TRK Premium.