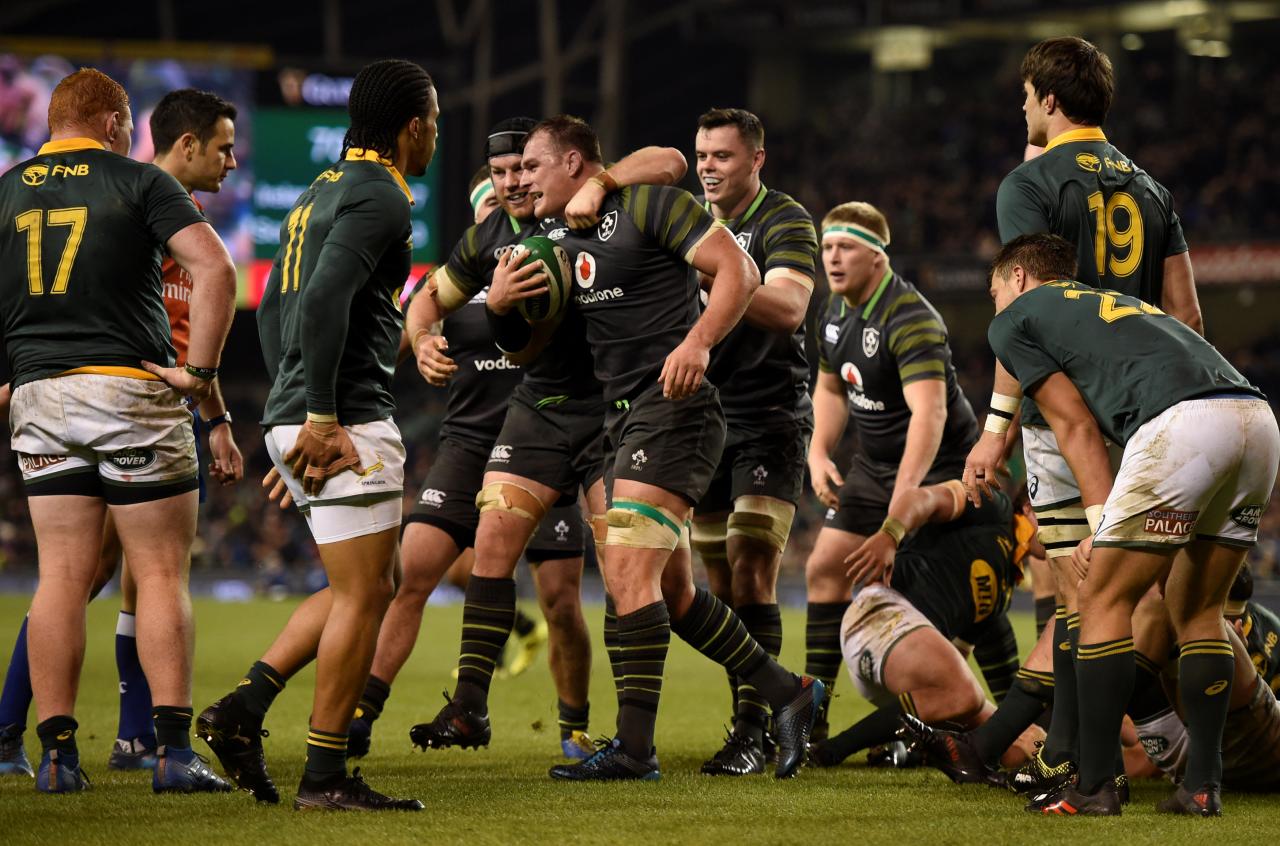 Watching this game live, I found it incredibly hard to analyse. On the face of it, Ireland put away a fairly poor Springbok side with a minimum of fuss. But what have Ireland really achieved in the aftermath of this record victory, given the state of the Springboks’ performance?

Firstly, as a fan of great Springbok sides of the past, watching this current iteration on Saturday night filled me with sadness, first and foremost. Their head coach will take a lot of flak for this loss – perhaps correctly – but most of this loss falls on a Springbok pack that were severely out-thought for most of this game and left the pitch battered, bruised and beaten. As a physical marker, this game was an astonishing statement of intent from Ireland.

This Springbok squad has weaknesses that any coach would struggle to hide and I feel that the best thing they could do is rip out certain elements of their game plan – both tactical and personnel – and start again. Ireland didn’t really have to dig too deep to expose the Boks weaknesses. The two most obvious exploitables – their narrow focus on set piece defence and their winger’s lack of composure under the high ball – were enough for Ireland to target again and again. With a little more focus and better execution in the third quarter, this could have been a watershed result rather than just a record one. Ireland will know that. Hopefully the Springboks know it too.

From an Irish perspective, the most pleasing aspect of this game was the cold, heartless excision of the Springboks game plan. With very little to work with at the scrum and Ireland only coughing up 8 penalties – most well out of danger range – the Springboks had to work incredibly hard to take any kind of workable field position. Then, when they managed to get that field position, they found themselves falling prey to Ireland’s work on the ground. I counted five Irish clean steals on the floor, a few more rips, a few more balls dislodged in the tackle. In that context, you shouldn’t be too surprised by the Boks struggle to even threaten the Irish 5m line.

Ireland denied South Africa any kind of go-forward in attack, used specific ruck spacing to mitigate for the Boks attempts at going through the fringes and exploited their over reliance on Jantjies as a playmaker with intelligent defensive reads and shoots.

With the Boks attack in pieces, all Ireland had to do was take their chances. That happened from the 70th minute on to put a gloss on the scoreline that was a little flattering but nothing outrageous. Ireland were comfortably 20 points better than the Springboks on the day. 35 points is a little much, but you can only beat what’s put in front of you.

I never thought I’d ever write such a thing about the Springboks, but they have the right men coming in to help turn it around.

As for Ireland? We’re building. Nicely. The Springboks weren’t great here but if we have intentions of becoming a serious side in World Rugby then this result is the way to do it. Ask yourself this; what would the All Blacks do to this South African side at home? They’d beat them out the gate. That’s the standard. For now, we’re matching it.

The base line rating for this game is a default Two Crown rating.

So here are the standout Three Crown players.

What can you say about Tadhg Furlong that hasn’t already been said? He’s the best tighthead in the Northern Hemisphere when you consider every aspect of his game. A monstrous scrummager, mobile around the pitch, a brick wall in defence and an 80 minute player if needs be. Outstanding here, and made the Beast look very ordinary on occasion – no easy feat, but that’s the kind of thing the Furlong just does now.

Iain Henderson had one of his most effective games in a green shirt and looked every inch the returning Lions tourist. The flattening of Etzebeth is one of those highlight reel moments that will forever be associated with the lad, but his crushing physicality was everywhere in this game, not just there. Iain Henderson is the real deal.

Conor Murray and Johnny Sexton were masterful, and really showed the Springboks what they were missing. It’s not that Jantjies and Cronje are bad players – they aren’t – it’s just that neither man can reliably expect to control any test match. Murray’s passing, kicking and decision making was top notch. Sexton controlled every aspect of the game with such authority that you wouldn’t be surprised if he was directing the TV coverage during breaks in play. Outstanding.

Andrew Conway and Jacob Stockdale are rookies at this level but both showed that they are serious international wing prospects in this game. Two tries on the day with multiple positive attacking moments is the kind of stuff that makes Joe Schmidt sit up and notice. Exciting.

Bundee Aki was always going to perform in this game. In the first minute, he clattered Oosthuizen. From there, he was the Aki we’ve seen at Connacht – incredibly physical, energetic, and with the elite handling that makes space for others. His range of passing was excellent, but his defensive awareness was what stood out to me. He had more than a few Irish journalists muttering into their laptops – long may it continue.

Robbie Henshaw had a few outstanding moments and really looked to have a new lease of life at 13. He pulled off a few miraculous offloads that broke South Africa open on more than one occasion. What a player.

CJ Stander is back. After a quiet start to the season, CJ Stander rocked up the Aviva Stadium and turned in an all action display that showed how at home he is in the #8 jersey at test level. Relentless physicality, crushing defence, bruising carrying on the ball and one rockstar turnover were the highlights for Stander on a day where he – once again – showed what he’s all about in a green jersey.

I’ll have a full detailed breakdown of this game all this week in TRK Premium. I’ll be looking at the Irish pack’s physical and mental demolition job on the Boks and how Ireland attacked Elton Jantjies on set piece.

Check it out here;