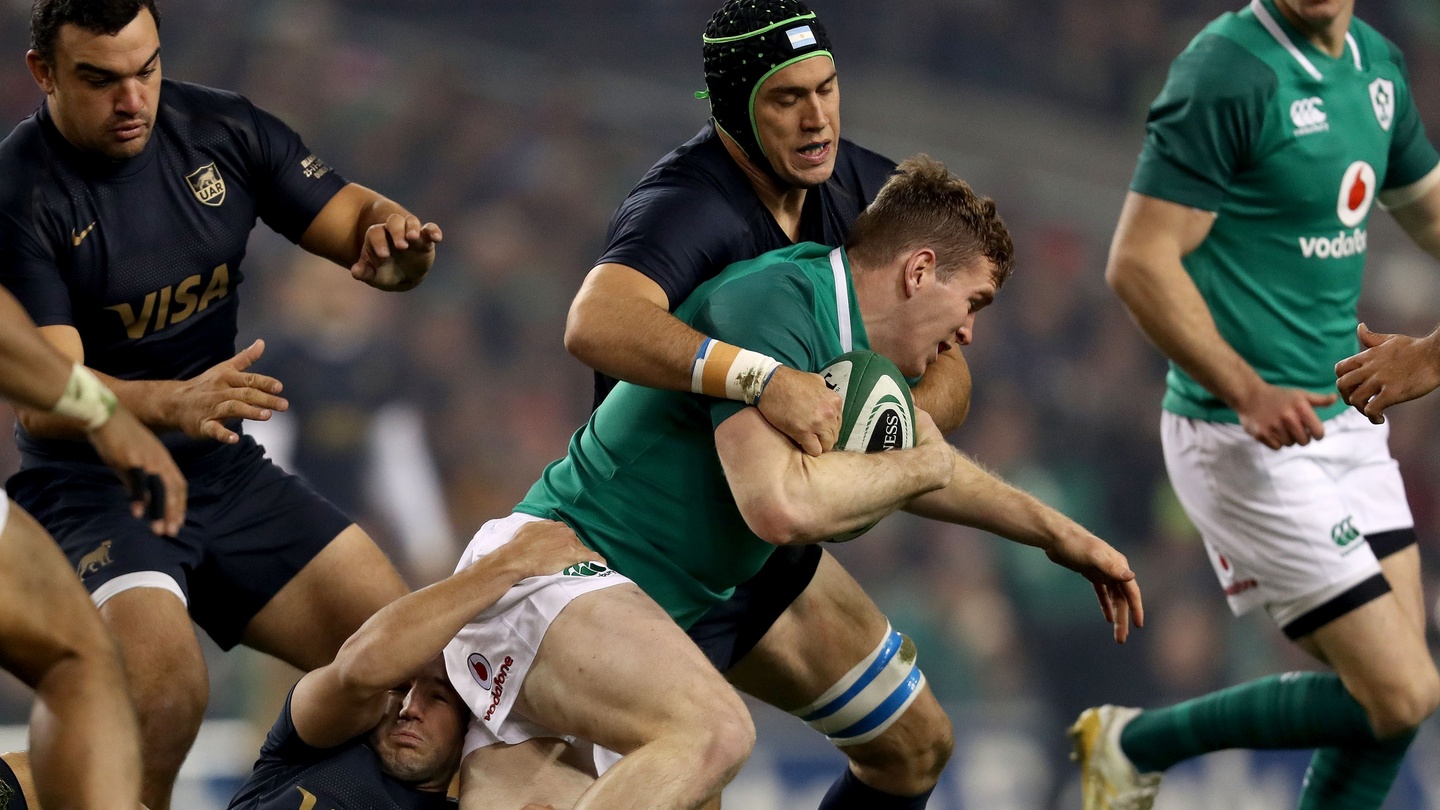 November is peak “What Have We Learned?” territory for websites, newspapers and, in fairness, Joe Schmidt.

Last November, we learned that we can beat the best in the world in a one off game.

This year, we learned that we’re a very good test rugby side with growing depth in some areas and gaping chasms in others.

In that regard, we learned something that we kind of already knew but I’ll get to that in an article in the morning.

As for this game, I would think that it played out within expected parameters for Schmidt pre-game but not what he would have expected at half time.

The first half was Ireland’s almost exclusively bar an 8 minute spell of fairly ineffective Puma attack. Those other 32 minutes were as good as I’ve seen us play in some time. We retained the ball incredibly well, ran fantastic support lines, brutalised their set piece and relentlessly attacked Sanchez (directly and indirectly) off the lineout like he owed Johnny Sexton and Bundee Aki money. The 13-0 scoreline at half time didn’t really reflect the dominance that Ireland had in the use of the ball. It could, and should, have been more.

Much of the half had been playing out with Argentina targeting Jacob Stockdale under kick return scenarios. It worked once but the rest of the time it failed to generate the outcome they wanted. That profligacy with possession gave Ireland all the invitation we’d need to run ball back at them again and again with real precision and purpose. With Murray and Sexton directing runners like O’Brien, Stander, Aki, Stockdale and Farrell around, Ireland looked capable of putting 30/40 points on the Pumas in relatively short order.

That was the first half.

The second half began in a similar fashion to the first 40 with Sexton popping Stockdale through yawning gap in the Puma’s midfield. The young Ulsterman’s finish was the work of a special player and at that point, who would have bet against Ireland stepping on Argentina until the seams burst? 30 points? 40? It was all on the table.

Argentina stopped kicking the ball away on their possession and, crucially, began to get a plethora of breakdown penalties from the referee, Mathieu Raynal. I have a feeling that some of those will be a point of contention for Schmidt & Friends in the video review. The field position that those penalties gifted the Pumas allowed them to rack up the phases in Ireland’s 22. That would stretch our defence and eventually lead to two tries in a 15 minute spell sandwiched between a powerful CJ Stander try off the back of a maul that effectively killed the game as a live contest.

Argentina picked up a last minute try that put a gloss on their scoreline but that could easily have been at least an Argentinian yellow card on their try line a minute prior. Monsieur Raynal felt differently.

The nature of Ireland’s flatness between 55 and 70 minutes will be a concern to Schmidt. The loss of Farrell certainly didn’t help Ireland’s cohesion at that point (Adam Byrne had to slot in at 13) and a lot of the subs didn’t pump the performance like they would have wanted.

Ireland were comfortable enough winners and never really looked like losing this game at any point.

Sure, it wasn’t the dominant scoreboard win that Schmidt would have wanted but there was enough here to warrant some satisfaction going into the Spring. There’s still some issues to be worked out – who plays 12 and 13 with everyone fit – but this series will have left the IRFU quite satisfied. Three sellouts, three wins, some new stars.

Not a bad November series at all.

The base line rating for this game is a default Two Crown rating.

As such, here are the standout Three Crown players.

This week I heard everything from Joe Schmidt’s Leinster bias to a Central Contract clause demanding he play every big game to explain Rob Kearney’s selection for this one. Next time I’m forced to go to bat for Big Game Rob, I’ll just point to this game as reason enough. He was excellent here. Rock solid basics with some excellent exits, run backs and defensive moments. He couldn’t stop Leguizamon in the corner for the second Argentinian try but there aren’t many full backs that could in that scenario.

Jacob Stockdale was far from perfect in this game but he did more than enough for three shiny fellas. There’s no limit to how good this kid can be if he stays fit. His finish for his second try was something special – power and elite pace on the outside. Stockdale took two games to nail himself on for the Six Nations and beyond. Like I said – he’s a special player. Tall and special.

Conor Murray and Johnny Sexton didn’t need to do anything massively outstanding in this game but controlled large portions of it with ease. Thinking about the gap in quality behind them gives me vertigo.

Cian Healy and Tadhg Furlong were bruising, dynamic and looked like the standout props on the pitch. The mangling that Healy put on Chaparro in the first half should be blurred out for public decency reasons.

Both are undoubted number one guys in the country in their position right now.

CJ Stander, Sean O’Brien and Peter O’Mahony are – by some distance – the number one back row combination in the country and the supposed competitors at 6 and 8 aren’t half as close as most pundits are implying. All three were hugely impressive here. This back row trio is close to the best in World Rugby right now because they can do it all. Carrying, breakdown, lineout, defence – they’re elite.

I’ve been banging the Powerful Chris Farrell drum for quite a while now, so it was pleasing to see him shut a few spoofers up with an outstanding performance. You’ll have seen his across the body offload for Stockdale’s try but it was his positioning either side of the ball that stood out to me. Argentina attacked his channel relentlessly on their initial possessions but his work there was so effective that they had to change tack and go narrow.

His performance was such that it drew public praise from Schmidt post game – a thing rarer than stepping in dog shit and finding a €50 note rolled inside.

What a superb performance.

The TRK Podcast returns this week as long as I haven’t coughed my lungs into the bin at that point. I’ll also have a slew of GIF Articles and a November Series Player Review coming this week on TRK Premium.