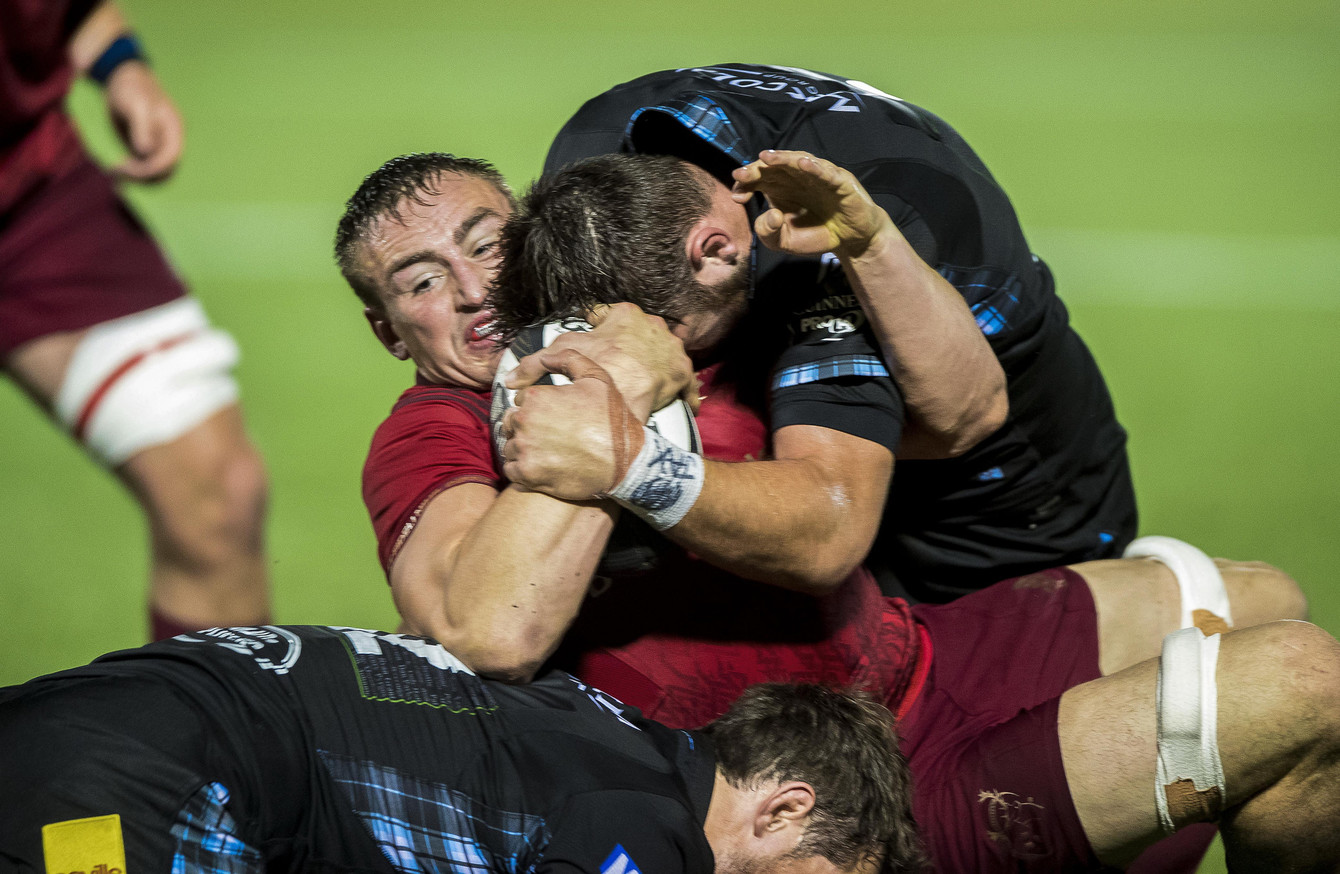 As suggested by one of the TRK Army, I wish these Wally Ratings could consist of;

Look, ’twas BRUTAL! Let us never speak of it again. The end.

But unfortunately, I can’t do that – I have subscribers now, so we’re just going to have to slog through this.

I thought that “It” would be the most uncomfortable viewing experience of the weekend but that was before this game. What I’d like to do, is shove two of these babies into my eye sockets and forget this game ever happened. If I also happen to wipe the memory of a particularly sweet parking job I managed this afternoon in Paul Street, so be it. Look, I’m mangling pop culture references like there’s no tomorrow – that’s how bad this game was.

Let’s just get it out the way, shall we.

Bad Night At The Opera

Glasgow played like this was the game they were targeting since preseason. They were aggressive, rucked incredibly well and played with a pace and a cutting edge that we just couldn’t handle. They played like a side that had lost twice at home to Munster last season and would not, under any circumstances, allow a hat-trick.

On the other hand, Munster were incredibly flat, listless and looked like we’d really rather be anywhere else. The first error came from a Sweetnam missed tackle on the outside edge that lead directly to a Glasgow try from practically nothing. There would be plenty errors to keep that one company yet, for a while we looked like we had made a decent job of pulling back Glasgow’s initial 10 point lead.

We scored a try through Scannell in the corner (albeit with a tough missed conversion from the touchline) and, after a dominant scrum penalty, we had a straightforward kick at goal to make it a 2 point game but Bleyendaal pulled it wide – something he could scarcely afford after last week’s scattershot performance off the tee against Ospreys.

It felt like a pivotal moment. If that goes over, we’d have taken everything Glasgow could fling at us and still be only two points back. That’s a statement that raises demons. Instead the ball drifted wide and, collectively, we seemed to shrink a little. Glasgow would sink a penalty of their own later in the half and, even after 34 minutes, it seemed like we were flagging.

On our ball, we were passive in contact, poorly timed at the breakdown and handled the ball like we had nipples for fingers. We didn’t clean out our rucks well and that had a knock-on effect to Williams, who shipped bad ball to Bleyendaal and on and on and on. Remember, in most cases your scrumhalf is your canary in the coal mine – if he’s digging ball out and avoiding opponent forays into the pocket of the ruck, the problems lie further forward.

That isn’t to say that Duncan Williams was good here – he was as poor as most everyone else – but let’s look at where the game was really lost. Here’s a hint; it wasn’t because our scrumhalf threw a few three loopy passes (one of which ended up in a try).

No, this game got away from us because we lost all the big moments; off the tee, out of touch and in the collisions. When we had a chance to punish Glasgow off the tee, we missed. When we had good momentum off set piece, we turned over the ball and Glasgow hurt us almost every time. When we had attacking 5m lineouts, we botched our throw and never got our maul going. The one shining positive – the scrum – ended up being a non-factor because we just couldn’t get an advantage from it.

In the end, we were badly beaten and wouldn’t have deserved the losing bonus point we vaguely threatened in the last 10 minutes. When Fineen Wycherley went off for a silly elbow shot on Swinson, that was all she wrote even though really, the Fat Lady was singing quite loudly from the 45th minute on.

So how should we react? Panic? Nah.

I mean, you can panic if you want but for me, this isn’t too much of a shocker. It’s early in the season, we rocked up minus a lot of on-field leaders and got a whooping from a side who’ll probably be contenders for a semi-final spot later in the season. Does that mitigate the loss? No, absolutely not – it was horrible, don’t get me wrong. Does the context of the result go some way to explaining how we lost so badly to a highly motivated opponent in one of the toughest places to go in the Pro14? For me, it does. Your mileage may vary, of course.

From here, it’s not about the overreaction that’s sure to come from the coterie of spoofers, bluffpots and filthy casuals in the national press that’s important; it’s the reaction of the Munster squad to this chastening result.

From here, the Cardiff game takes on huge importance going into the interpros. A defeat like this only becomes a bruise when you can’t wipe it from memory and return to your A game. Let’s hope it does.

Yeah, nobody comes out of this game very well.

I will throw in a mitigating word for Jean Kleyn (top tackler) and Liam O’Connor (folded up Zander Fagerson like a McDonalds’ napkin in the scrum) but look, no one deserves anything higher than a One Crown rating here.

Tyler Bleyendaal is looking like a man bereft in confidence off the tee to the point where he’s actively playing himself out of the 10 shirt that looked so secure on him ahead of the season. JJ Hanrahan travelled as 24th man tonight and you would imagine that any kind of reliability off the tee would see him in as the number one guy sooner rather than later. Concerning.

Tommy O’Donnell had a very poor game in almost every facet. He was wildly outplayed by his opposite number and just looked half a second behind the play. He cut a frustrated figure here and didn’t bring anything near the quality that he has shown in the past. Seems to be suffering from the same malaise affecting other 6.5s in the game at the moment in that he’s not a breakdown specialist or a massive ball carrier. Normally his tackling makes up for that but he missed a few glaring tackles here, and when he didn’t impact the breakdown, he found himself chasing shadows. Poor.

I thought Robin Copeland played well below what you’d expect from a guy looking to move up in the pecking order from third choice #8 and break glass in case of emergency blindside cover. Not a performance that will do his first class game chances any good outside of an injury crisis. Opportunity missed.

I’m not going to go through everyone but nobody else was much better. One crown, no sweets and a video room session that’ll look like the inside of the Babadook’s coat on Monday morning. Not a great Friday night by any means.

If you can bare it, I’ll be analysing the roots of this abomination of a performance in the GIF Room for premium subscribers next week as well as using this game to balance out the attacking improvement article I’ve got in the can too.

Seems like a strange thing to advertise a premium membership on, doesn’t it? Just think of it like going to a horror movie, except with rugby GIFs.