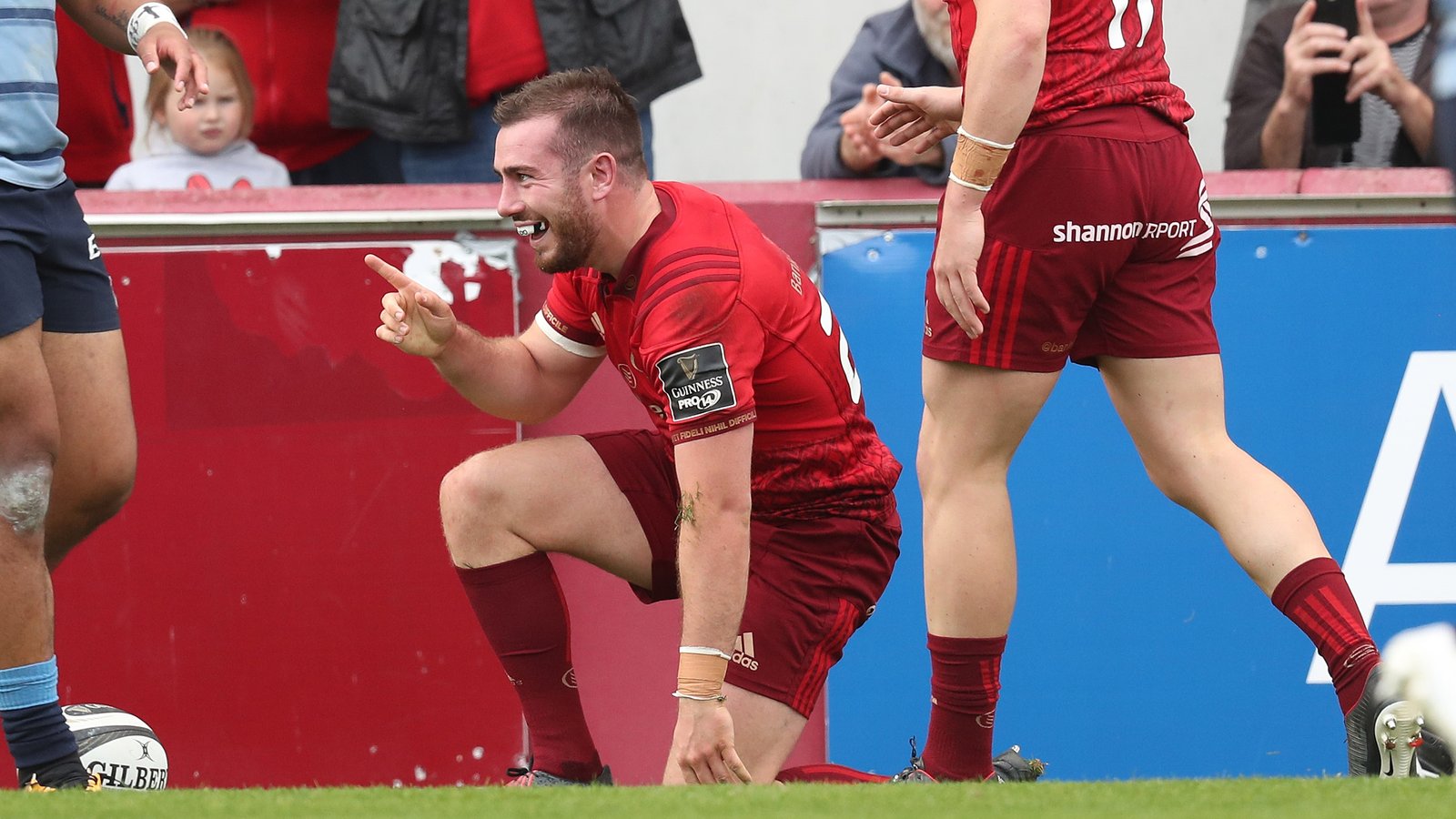 “From deep down in my stomach, with every inch of me, I pure, straight hate you. But goddammit, do I respect you!”
Wes Mantooth – Anchorman

Looking for systemic weakness in Grade A opposition can sometimes be a bit of a needle in the haystack job. For the most part, teams that finish in the last four of the previous season’s Champions Cup have very few weaknesses or weaknesses that only specific opposition can exploit in very specific circumstances.

That’s the team that Munster find themselves in this weekend as we travel to face Leinster in the Aviva Stadium.

As with all games, I ask myself how I would attack Leinster (and Munster) in this game to try and get an idea as to how this game might end up playing out. The strange thing is; we both have similar weaknesses at the moment. I’ll get to those in a few minutes but first – let’s look at the team Leinster have selected;

Leinster have made a few changes from last week but the most notable are Sean O’Brien dropping out of the squad and Robbie Henshaw coming in for his first game after getting injured on the Lions tour. Other than O’Brien being out, Leinster have gone with about as full strength a squad as they can considering injuries and the fact that they’ve got a hugely physically taxing game against a massive Montpellier side in the RDS next week.

As for Munster – we’ve gone experimental.

The pack is unchanged from last week – and I’ll get to that in a minute – but look at that backline! We’ve got Keatley, Bleyendaal and Hanrahan all starting in the same game at 10, 12 and 15 respectively – that’s as spicy as it gets.

Why have we gone with a selection like this?

Well, without wanting to guess what the coaching staff are thinking, let me give you an idea of what I think we’re doing here. First of all, I don’t think that this is a reaction to Jaco Taute’s injury – I think this is a specific strategy that we’re trying to work with. During preseason, I hypothesised that Munster were looking at implementing a Toulon like gameplan with Farrell in the outside centre position as a Bastareaud-esque heavy hitter (a little less bosh with way more pace and passing ability) with a classic second-five inside. Why else would we retain Ian Keatley AND sign JJ Hanrahan if we weren’t going to put a lot of emphasis on this kind of backline alignment?

We’re stacked with 10/12 hybrids (Keatley, Bleyendaal, Hanrahan and Scannell can all play there) and we didn’t sign Chris Farrell from under the nose of the likes of Toulon and Racing 92 to stick him on the bench. This is the alignment we have been building to, in my opinion.

In practice, this kind of alignment/gameplan utilizes a lot of the tactical elements that killed Munster (and Leinster) last season against the Scarlets – who are proving to be massively influential in their approach to cracking linespeed defences.

I think that, with this selection, Munster are looking to do what Glasgow did to us two weeks ago. Leinster’s defensive system is still pretty susceptible to “super-loads” and they don’t seem to have made a massive effort to shift up their alignment since Scarlets tore them asunder in the RDS last season. Of course, this is just my opinion – they may not feel they’re exposed to it as much as I think they are – but I think it’s worth looking at. Even last week, I felt that Edinburgh tried to target Leinster with a superload but just couldn’t execute.

Look at how they superloaded off this lineout less than a minute in;

They get centre field ruck off the top and then – literally – stack their entire attacking line on the far side of the ruck. This is pre-called, of course; just look at the Edinburgh second rows bursting a gut to get around the corner.

Look at what happens on the next phase;

Look familiar? Edinburgh don’t get lightning quick ruck ball but they still engineer a wide linebreak that should have ended in a score. The ball probably shouldn’t have been floated over the top, if I was being picky. For me, Red #14’s slow line meant they couldn’t work through the hands but this wide line break shows a Leinster tendency to be a little slow on their defensive reset off set piece or multi-phase, especially when they have Toner and Ruddock on the field at the same time.

If I was looking to target Leinster systemically, it would be here and doubly so if I thought my side was suffering from a lack of grunt in the second row relative to them – which Munster are. Why is this important? Well, if I’m missing a bit of tight carrying grunt (Kleyn/Grobler) and I don’t think I’ve got the requisite 3 heavy carriers to cycle my phase play (we only have two starting in Stander and Kilcoyne) then I’d want to take the need for decisive gain line out of the equation by targeting any kind of ruck in the following areas. If we get position here and, crucial get numbers around the corner and quick ball as wide as we can before Leinster can reset – with a particular focus on exploiting the space either side of Toner, Ruddock and Furlong – we can get access to attack O’Loughlin, Daly and Byrne in the wider channels. We’ve always got the inside ball against the grain whenever we see Ruddock and Furlong in the same alignment too – it works way better than it probably should.

If I was to try to do all this, I’d place a premium on putting as many ball players as I possibly could outside 10 with the best strike runners at my disposal to hit off them. Why? To put a premium on attacking with width off quick centre ruck ball to exploit one of the few chinks in Leinster’s armour – their defensive reset speed.

In this context, it’s no surprise to see Conway and Earls selected with Keatley, JJ and Bleyendaal. Farrell is the key attacking player; his presence has to narrow Leinster’s outside drift and keep Henshaw isolated from O’Loughlin. Only then will the likes of Bleyendaal, Keatley and JJ be able to get the ball where it needs to be to hurt Leinster.

Plus, we’ve got kicking options all over the pitch to target Byrne, Daly and Carbery – three lads who I’ve seen be more than a little shaky under the high ball. In this context, we might see Conway be incredibly prominent as, for my money, he’s the best high fielding back three player in the country right now.

If this goes right, it might well mitigate the loss of bulk that Kleyn provides in the maul and on second phase. It’s risky, it’s ambitious but it’s in line with what we’ve hinted at to date with a premium on forward handling and attacking further out than we have in recent seasons.

Let’s see how it goes.

I’ll get into the defensive issues and how Leinster might hurt us on the Blood & Thunder Podcast ahead of the Big One on Saturday.