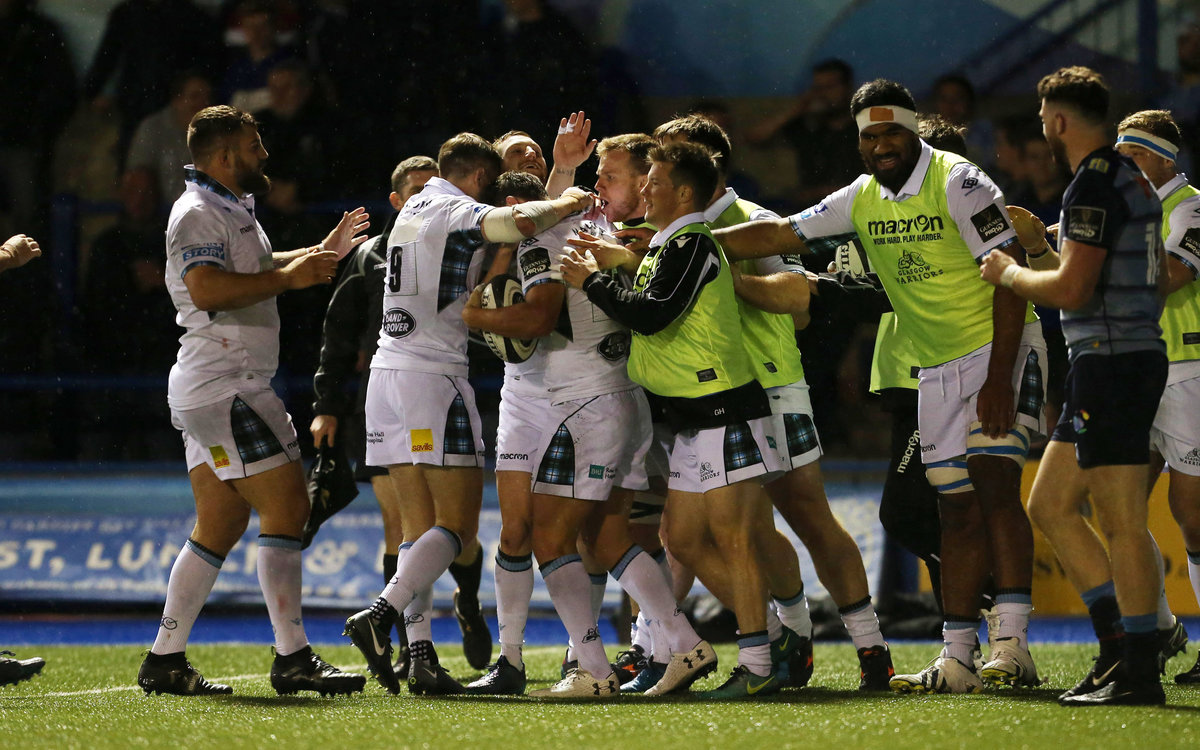 Motivation is a powerful thing. Well, Dave Rennie certainly hopes that it is because you can only imagine the team talk prior to this latest installation of Glasgow vs Munster; the talk of revenge will be thick in the air and rightly so. Last season’s series of four games was up there with some of the most bad tempered games I’ve seen in a number of years. Ever since Conor Murray’s standing leg got chopped out from out from underneath him inside the first 10 minutes of that game in October, the bad blood has been building and building.

If I was to tell you that there’s absolutely no love lost between any of the Irish provinces and Glasgow, you’d probably find it easy to believe and that’s especially prevalent with Munster. “Hate” in sporting terms can be a powerful mental weapon albeit one with a razor sharp handle. Wield “hate” carefully and you’ll be hard to stop, throw it around wildly and you’ll hurt yourself as much as anyone else.

That’s the line Glasgow will have to walk in this game.

They’ll have to temper their resolve to work out last season’s frustrations with actually playing the game. Sometimes that’s easier said than done in front of an expectant – and sold out – home crowd.

Managing the mental battle of the first 20 minutes is a cliche, but it’s very true in games like this. If Munster can turn Glasgow back at the gainline – turn their emotional carries back in contact – we can do a lot of psychological damage to a Glasgow side who’ll be desperate to keep “it’s happening again” out of their minds.

Munster fans will remember the mental fatigue that losing to Leinster five times on the bounce exerted earlier in the decade and Glasgow will certainly be feeling that same pressure here and that can be a vulnerable place. Glasgow will really have to bring the physicality and emotion to this game and historically – at least over the last four games – they’ve managed the latter but without the former to back it up. Munster’s four wins last season were based on breaking Glasgow physically and then mentally using targeted oppression around the set piece and forward exchanges. If we’re to be successful here, we’ll have to repeat that trick.

From what I’ve seen of Glasgow so far this season – Connacht, Ospreys and Cardiff – I’ve seen some new facets to their game but not a complete revolution of style. That shouldn’t be a surprise because Dave Rennie’s not an idiot. Completely changing Glasgow’s style of play would be a rookie mistake but with that lack of evolution comes a similar issue for the Warriors; their game plan is a good match up for Munster at the moment.

When Glasgow are at their best, they mitigate for their lack of elite ball carriers with ultra quick ball generated through well timed rucking, a sophisticated offload game and then quick hands off Russell playing nice and flat to the gainline. That’s still their A-game and if they win here, it’ll probably be off the back of these elements working perfectly.

From a Munster perspective, it’s vital that our tacklers dominate contact but also stall Glasgow’s quick ball on two out carriers. Glasgow will probably look to avoid taking us on around the fringes; that slows their ball and gives us time to reload as long we make our tackles and watch the offload. If I was Rennie, I’d be looking for Glasgow to hit us at “C”, recycle quickly and then target 13 for another quick recycle and then a strike.

Also look for them to try to draw out our line speed; play deep behind the gainline to draw Farrell, Scannell and the likes of O’Donnell out into space and then use their excellent hand speed to work around our defenders and then into space.

Against Ospreys and Cardiff, Glasgow ran a three pronged attack at outside centre; they went wide to the trams, got around the wide defence and then hit the support runners running inside support lines. Watching those games, I felt that they haven’t really solved their tight ball carrying problem in the forwards – even though I’ve been impressed with Adam Ashe’s work in the wider channels.

I’ve found Glasgow’s scrum and lineout maul work to be something we can possibly target. Their scrum, in particular, has been something that’s surprised me in how loose it’s been so it’s something that we can really look to target as a source of penalties and momentum. Our scrum has traditionally been quite good on 4g pitches so any continuation of that form should see us make some good gains here.

Their maul defence hasn’t really been tested so far this season but the flat-wide defence I’ve seen them utilize is a good match up for what we’ve been doing in the maul.

Kicking to Glasgow is always a risky proposition – Cardiff were punished a few times here – but targeting Horne and Jackson under the high ball is probably as low risk a play as we can muster with a good chase.

Other than that, we know that going through the tight phases has worked against Glasgow traditionally so that is always there through the likes of Kleyn, O’Donnell and O’Donoghue. I really like the look of Farrell against Grigg in midfield and with Scannell adding a wider passing game and kicking option from 12, I think we’ll see a lot of action in the wider channels. Look for Sweetnam to bring a little more of his playmaking into the line compared to last week too. Glasgow’s midfield defence is prone to lapses on surge plays.

As early season challenges go, this one is up there. A losing bonus point would be decent but have Glasgow developed their game on from last season enough to break our defensive system down? That’ll be the question. If Bleyendaal brings his kicking boots with him, I think we’ll have the penalty opportunities to hurt Glasgow but we can’t afford a second half like we brought to Benetton and Ospreys.

Win here, and we’ll be firmly in control of Conference A even at this early stage. There are few things better than winning in Glasgow, so let’s all hope for another win for the Bad Guys come Friday night.