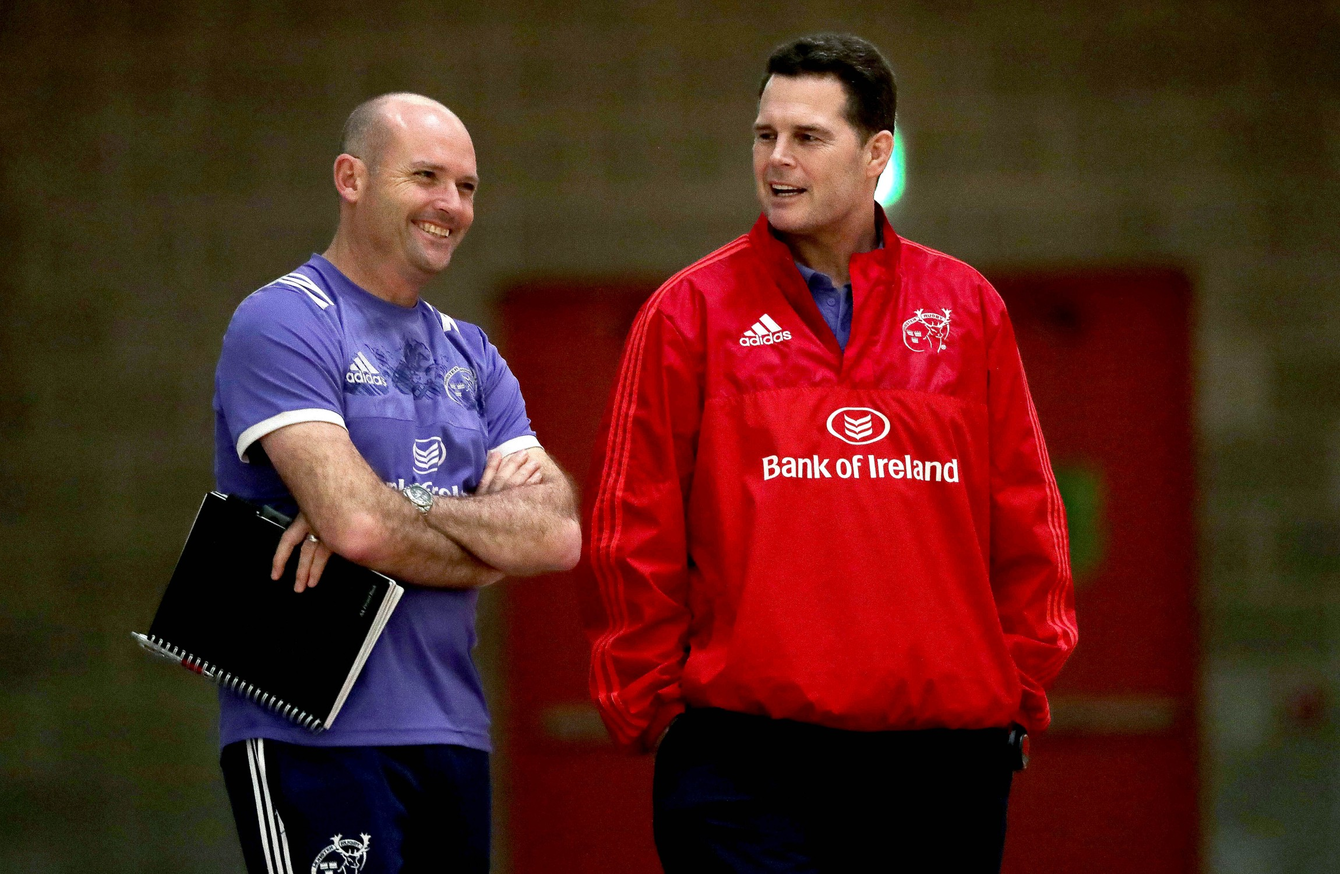 Listening to IRFU press conferences regarding end of year books and future projections is – let’s be honest – a profoundly boring experience at the best of times. And rightly so. When things like balance sheets and website costs are exciting, you’re in trouble. This stuff is supposed to be boring, just like politics is supposed to be. Recent events might make you forget that dry business like running businesses and countries isn’t supposed to look like some LSD influenced House of Cards spec script. If someone were to run on a Make Politics Boring Again platform in the US, they’d win BIGLY.

My point is, normally there isn’t much to chew on when men like Philip Browne speak to the media. Normally. When Philip Browne spoke to the media a few days ago, he dropped something chewier than a leather flip flop when he was ever so casually sticking the boot in on Pat Lam, in the casual way that blazers like to do.

“I found it hard to understand some of Pat Lam’s comments,” [Browne] said.

“That’s something that’s negotiated with each coach as they come in and it depends on the risks associated, the risks they see and equally the risk we might see. The reality is it is a protection for everyone. There was a nine-month clause in this particular case, Rassie called it and that’s fine.”

So, not very normal at all and – wait a minute – did he say a nine-month clause? All of a sudden every Munster fan was tallying in nine-month increments faster than a deadbeat dad on Jeremy Kyle as Jezza’s about to open the envelope with the DNA results.

If Rassie had a nine-month break clause, and he’s leaving in December then that means he handed in his notice in March?  March?!

Yep. March. Before the Toulouse game. Long before the Saracens game. It’s a tough one to take. I’ve gone over most of this before, and this clarification from Browne doesn’t change much of what I was thinking. It’s still understandable from a “you can’t not coach your country” perspective. Sure, Erasmus’ porky-pies to the media were, as we now know, almost hilariously brazen but there wasn’t much else he could have done in the circumstances.

This is where it gets a little uncomfortable.

You Want The Truth?

Munster, the IRFU and Erasmus were completely right to keep this news a secret until the end of the season. Much of the negative reaction to this news in the last few days proves it. Had Munster/IRFU revealed that Erasmus had, indeed, handed his notice in back in March they’d be in exactly the same position that they are right now, today, except with a knock out European game coming up next week.

Who knows how the season would have panned out in those circumstances? Sometimes a stabilising untruth is better than a killer truth when you’re in trenches, and that’s just the long and short of it. It’s one of those damned if you do, damned if you don’t scenarios where the only winning move is doing nothing.

If they spilled in March, it could have wrecked the season, caused deep unhappiness and they’d still be looking for two replacements around now. You can imagine how many people would have damned them for naive fools by unsettling everyone right before a vital home quarter final. Maybe they’re the same people damning them for saying nothing until June, now.

They chose the lesser of two evils and I can’t say that I’d have done differently.

Regardless, by handing his notice in during March, Erasmus made finding a replacement extremely difficult.

What Are They F**king Doing?

I hear this variations of these sentiments in my emails, notifications and direct messages every other day at this point. Munster and the IRFU are – as per usual – taking the brunt of the blame for Rassie’s unfortunately timed notice.

I can understand the frustration, in a way, but at the same time I think people confuse their own impatience for news as institutional stupidity, especially in a void of official announcements. As much as we might like for a weekly update on how things are going – “No coach hired yet lads, but we’re still looking! Cheers xx Munster Branch” – there isn’t a professional sporting entity on the planet that would operate in such a way. Not the Pro12, not Manchester United, and not Munster. It’s bizarrely naive to even expect it.

They’ll announce when they have something to announce and not a minute sooner. In the words of Alonzo Harris in Training Day;

This sh*t’s chess, it ain’t checkers.

Munster are certainly working away feverishly in the background on replacements, and have been for some time. Munster are a hugely attractive prospect. A big, quality squad with a great age profile, quality players everywhere, excellent facilities and a massive support base mean it’s one of the top 10 jobs in world rugby.

The only real issue is – who’s available?

People don’t understand this but most high profile transfer business is wrapped up by January/February and sometimes much earlier for coaches. Think about it – whatever about who’s playing at 10, organisations have to know who’s running the playing side of the business next season and as early as possible. Contracts are normally sorted out on the coaching side as a matter of urgency. Let’s put it this way – you don’t want to be looking for a new guy in April, let alone July if you can possibly avoid it. Munster can’t avoid it, unfortunately. By handing his notice in during March, Erasmus made sure that Munster would be bursting a gut to ensure he wouldn’t have to fulfil his nine-month notice. It’s the only logical reason for handing it in when he did. Rassie going in January is essentially the same as Rassie going at the end of next season as far as the Springboks go. By handing in his notice in March, Erasmus was leveraging the fact that Munster would want to – have to – get his replacement in as soon as possible because nobody wants him leaving mid-way through the season.

If it all works out, Rassie & Jacques get to leave early and take over the Boks for the Rugby Championship and November Internationals as planned. You might not like it, but they are looking out for their own interests and the ambitions of their country. If Rassie wins a World Cup in 2019, he won’t care a sparrow’s fart for Munster’s inconvenience this summer.

Get The Right One In

Ultimately, Munster have been faced with a Bridget Jonesesque dilemma over the last few months – do they wait for Mr Right, or do they go for Mr Right Now? It all depends on who’s available and, almost more importantly, who’s a right a fit. The wrong people are almost worse than no one at all.

In that context, an experienced interim DOR – for a season, perhaps – might be a good fit while Munster go hard for the right guy next summer. The reaction I’ve seen to this so far has been mostly negative. I’ve seen it suggested that it will affect future recruitment and player retention but that’s more of a projection of fan insecurity with coaching impermanence than a real issue for the playing squad.

The money is certainly there for the right people but finding them and getting them in situ as soon as possible is the issue. I know that Munster have been interviewing some serious people for the role(s) and I’m fully confident that the right people will be found.

As per usual, wait until you see it on Munster Rugby’s website. When it’s announced – and it will be – I’d be willing to bet that the solution will be better than most expect.